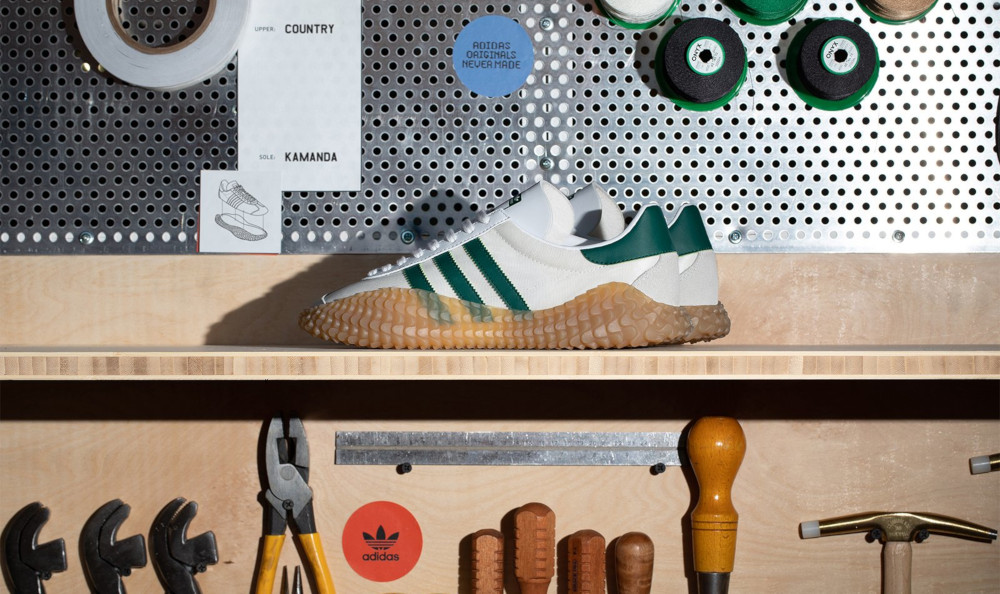 The adidas Country x Kamanda trainer is back with another hybrid 3 stripes model that merges the old with the new.

Originally dropping as part of the Never Made collection which saw a collection of hybrid 3 stripes silhouettes mixing classic styles such as the Boston Super, the Micropacer and the Country with the NMD, EQT and the Kamanda. The adidas Country x Kamanda trainer combined a classic 3 stripes runner with one of its latest ‘casually inspired’ terrace trainer styles. Giving a nod to the old and the new, the hybrid model featured the uppers of the adidas Country a trainer, a highly respected runner which was originally released in 1970.

Above: “Treat Your Feet”, an original adidas advertising campaign for the adidas Country trainer.

The adidas Country trainer started a legacy of running silhouettes that would inspire other 3 stripes running classics throughout the 70s and 80s including the New York, the Oregon and the legendary ZX series to name a few. First released back in 1970, the adidas Country was designed as an ‘all terrain’ cross country running shoe featuring all leather uppers, 3 stripes in classic collegiate green and the signature gum outsole. Numerous campaigns, posters and tag lines were introduced to launch the iconic adidas runner such as “Traction in Action”, “Treat Your Feet” and “Run Longer. Run Faster. Run Smarter”. The trainer was also one of the first 3 stripes silhouettes to transition between traditional sportswear and every day use, setting a new trend for the casuals later down the line in the late 70s and early 80s. 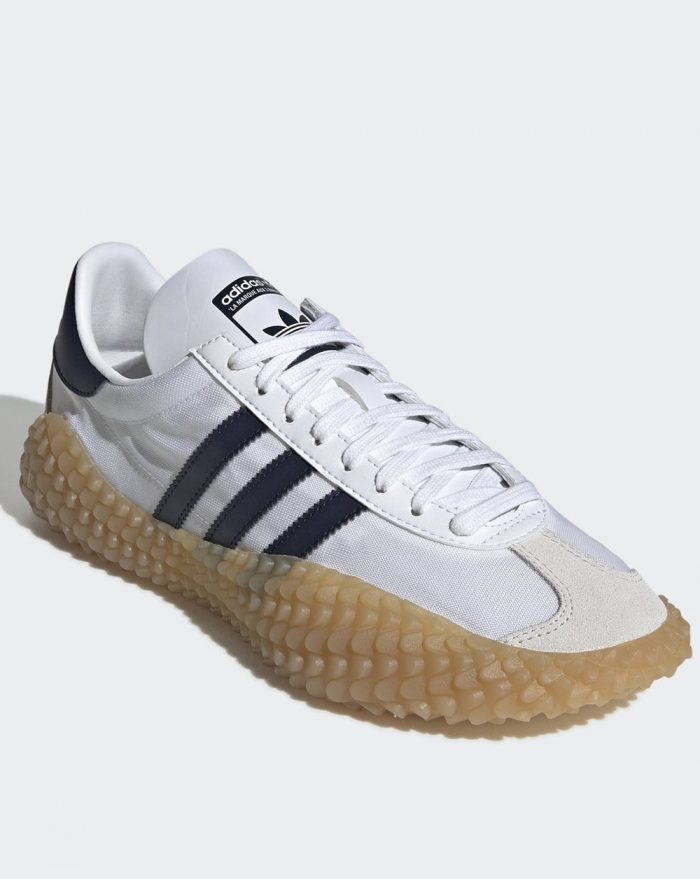 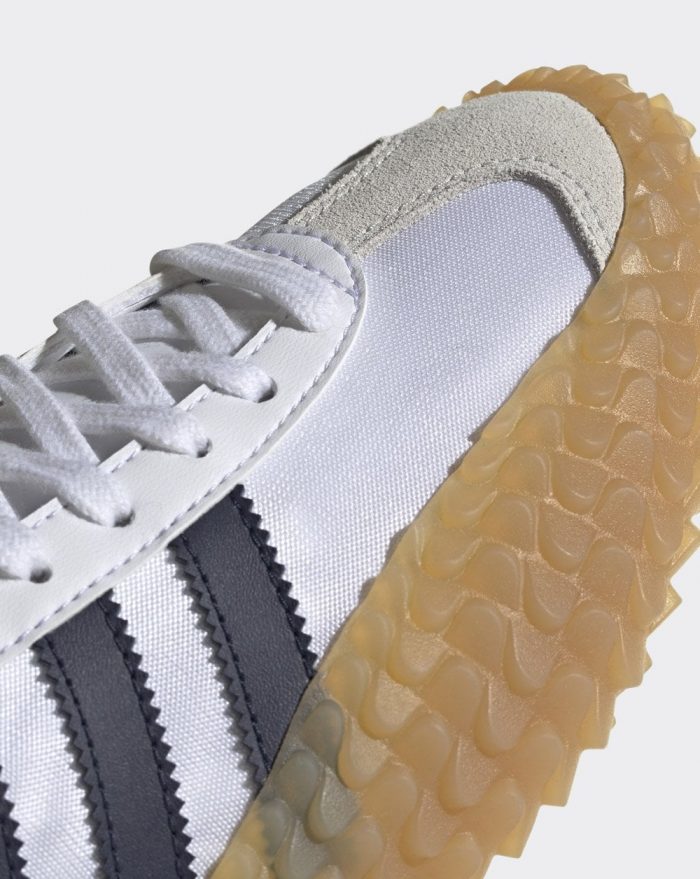 When compared to the adidas Country trainer the Kamanda is literally a new born, first released last year, the Kamanda silhouette tapped into the concept of “old meets new”, something adidas also introduced with the likes of the NMD and more recently the Deerupt. Harking back to the original casual subculture and terrace styles of the 80s, the Kamanda draws inspiration from the 3 stripes archive of classic 80s silhouettes such as the legendary Samba silhouette. The Kamanda also recently featured as part of the adidas x C.P. Company collaboration giving the silhouette an even larger following and appreciation from adidas fans old and new across the world. 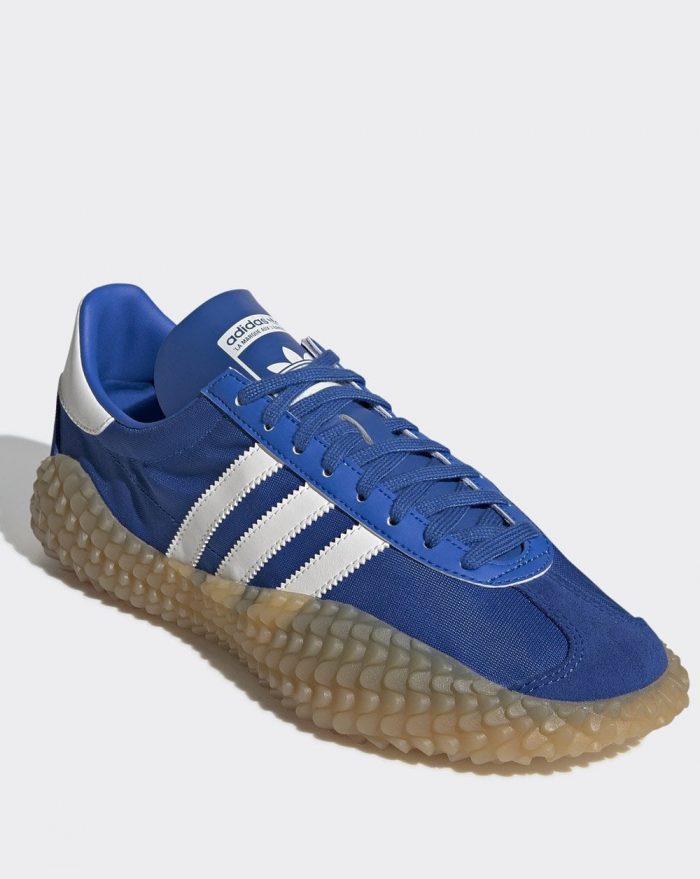 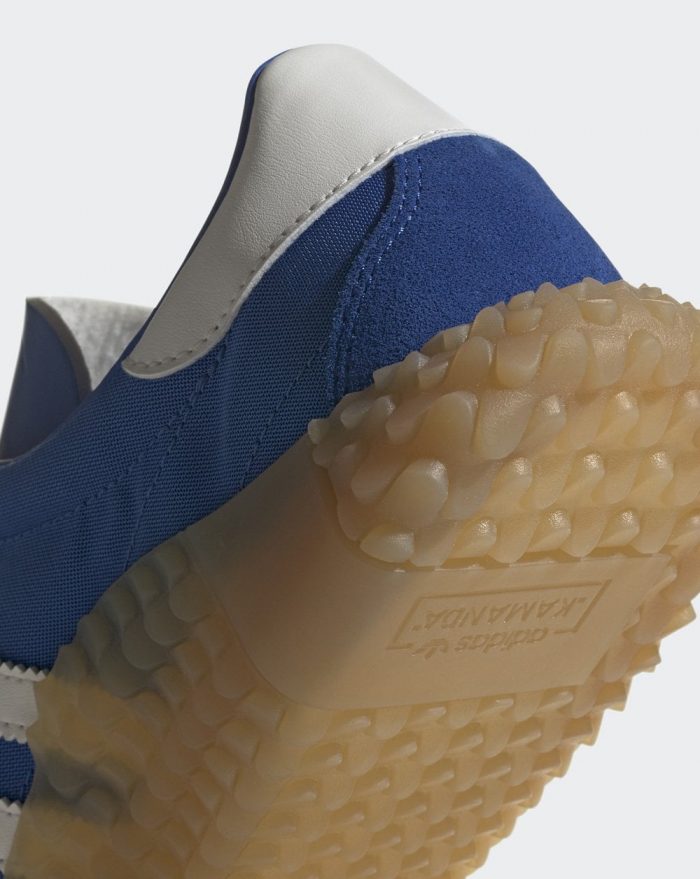 Following the original release, the adidas Country x Kamanda trainer now returns in some brand new colourways which are available to pre-order for June delivery. Highlights of the hybrid 3 stripes model include nylon uppers inspired by the famous running design of the Country silhouette. The original running sole unit of the country is replaced with the larger than life grippy gum translucent midsole of the Kamanda for a modern twist on the cross country classic. Other features include perforated 3 stripes to each side, contrasting heel tab and original trefoil branding to the tongue tab. A great addition to any adidas collectors or retro trainer fans wardrobe!