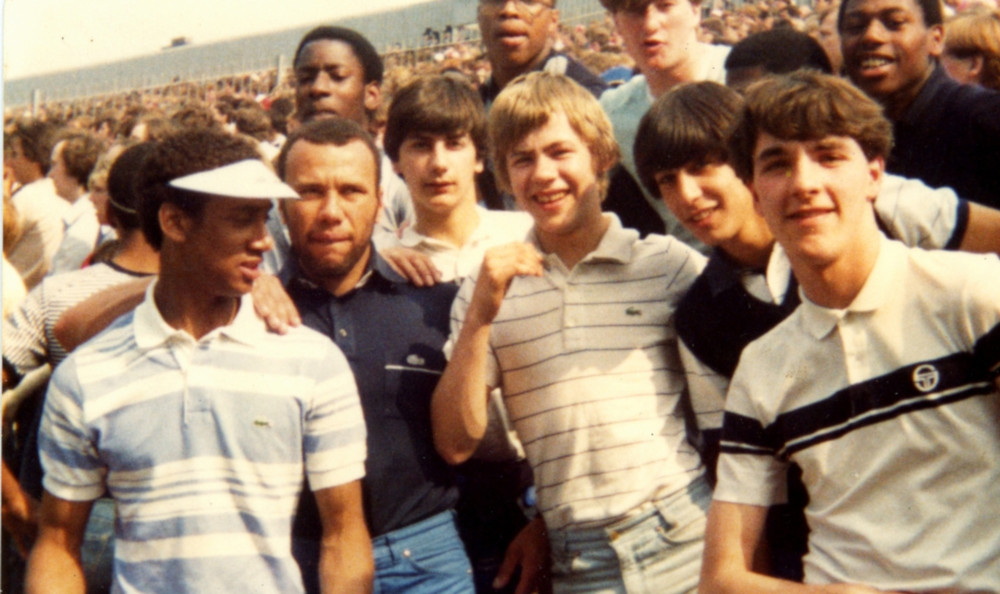 We take a trip down memory lane and look into the British casual culture history & subculture of the ‘naughty’ side of football.

It is said (by some) that the casual subculture began in the late seventies when a group of Liverpool fans were stampeding their way across the continent in the European Cup with European glory in their blood, and the desire for high end designer clothing.

Hundreds of lads returned from the away trips with new and unknown Italian & French designer sportswear brands such as Sergio Tacchini, Fila Vintage, Kappa, adidas trainers & Lacoste. Such brands had never really been seen in the UK before and the ‘Casuals’ look was born. High end premium designer sportswear that was usually seen on the tennis court was the ‘in’ look with lads all over the country replacing every day footwear for a pair of Diadora BJ’s or adidas Stan Smiths. 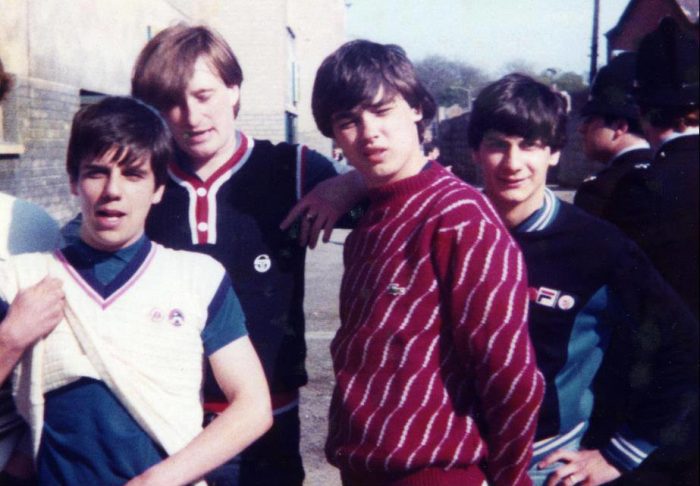 Above: Casual culture history & Terrace subculture, it’s all about the designer sportswear. A group of young casuals sporting Lacoste, Sergio Tacchini and Fila.

The Old Bill were still on the lookout for the classic hooligan look of Dr. Martens boots, rolled up Levis and bomber jackets. It was a clever way to avoid police escorts and the spoil of a ruck. The fashion caught on all around the UK with more expensive British designer brands such as Burberry & Aquascutum becoming a must for any ‘match day’ attire and ‘away day’.

The casual subculture reached its peak in the late eighties but by this time the authorities were wiser to the new found fashion sense. It was all about which firms looked the best, who had the best and most expensive gear. Poorer areas with higher unemployment that had firms were often ridiculed by the larger more richer firms for not sporting the right gear. 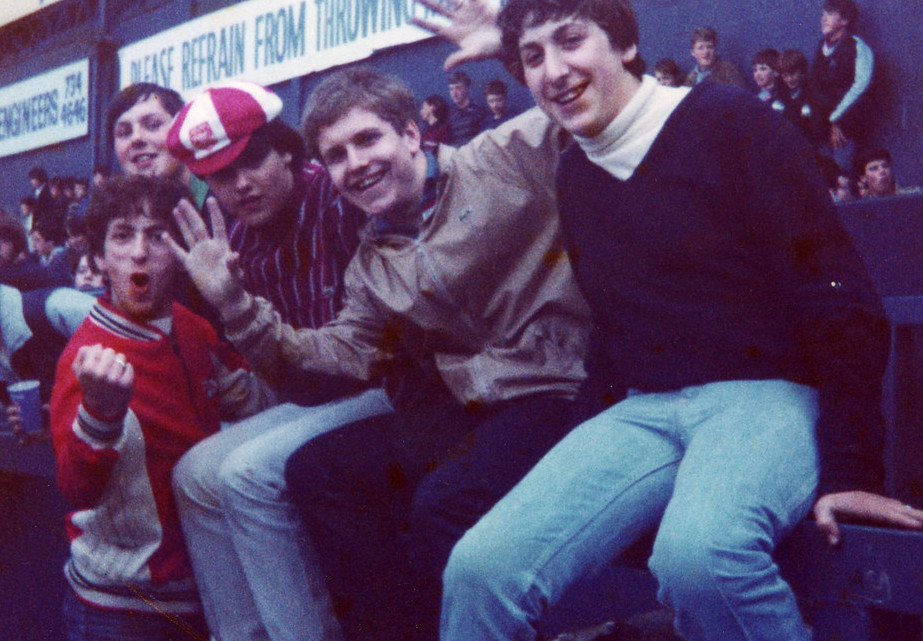 Towards the end of the eighties we saw the rise of the Acid House and the original rave scene so the casual subculture faded out, for a while anyway. It was known at large raves for rivals firms to be loved up hugging each other with not a mention of ‘agg’ in sight. The hooligan scene, it would appear, had died down swapping baggy jeans and euphoric highs with clubs like the Hacienda in Manchester leading the way for a new chemical generations.

However this wasn’t to last forever, the subculture soon gained increased momentum during the nineties with an explosion of the ‘Britpop’ era from bands such as The Charlatans, Ocean Colour Scene, Oasis and Blur. Any England game during the Euro 1996 tournament was set up for trouble from the start and Britain once again saw the explosion of the disease all over the tabloids with many known faces getting named and shamed in the daily papers. 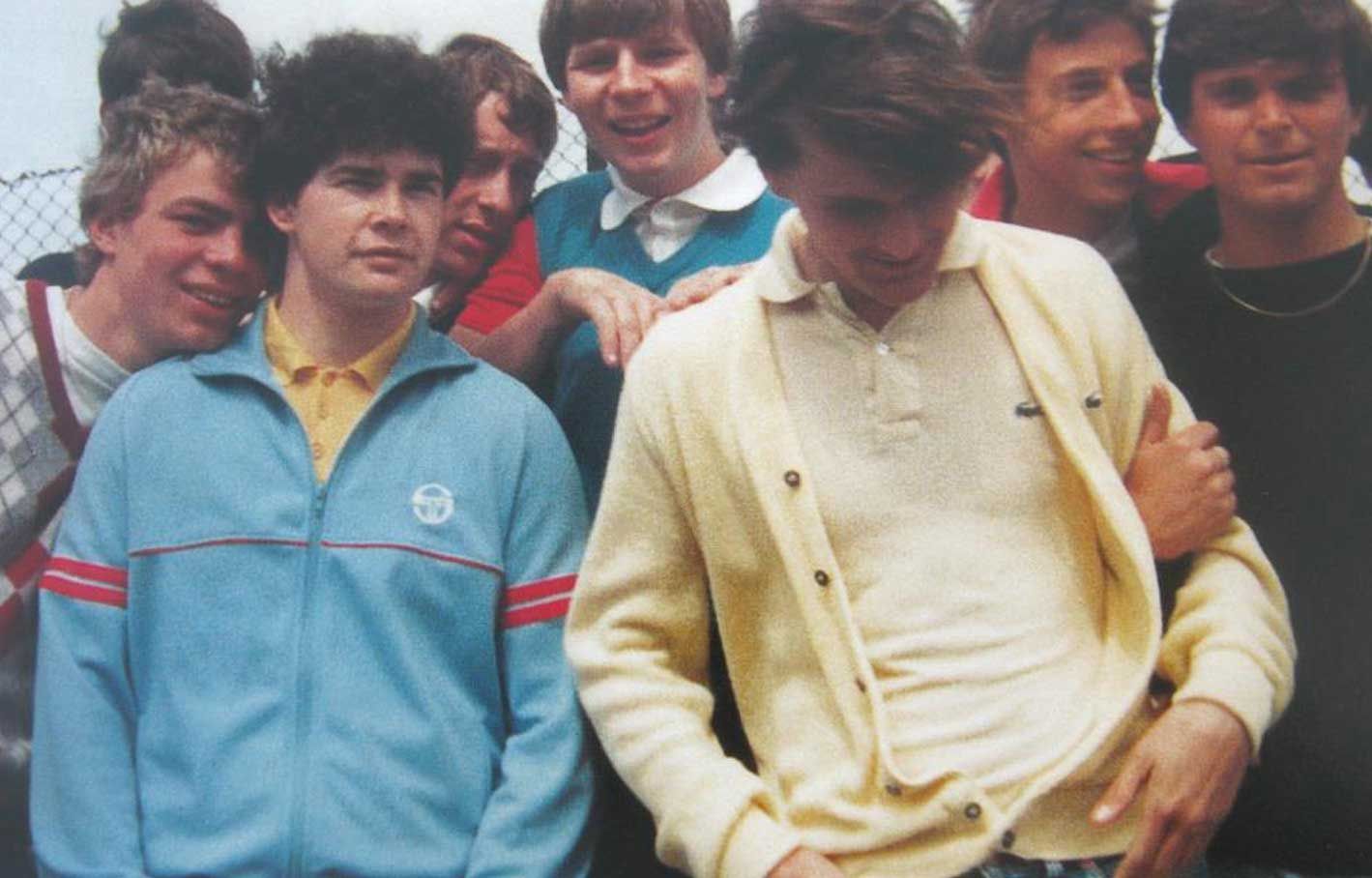 Above: On the terraces. Classic Sergio Tacchini and Lacoste in the casual heydays.

The nineties casual look was a lot smarter, brands such as Stone Island, C.P. Company, Aquascutum, Paul & Shark, Armani & Prada were becoming a regular sight on the terraces. It kind of became a uniform to the lads, especially to be seen in the compass badge of Stone Island, as well as the fact the gear cost nearly 2 weeks wages for just a jacket. Casual snobbery came into full force, the more the gear the cost the better, the crazier the fabrics and colours the more desirable the gear appeared to be.

From the start of the new millennium to the modern day the casual subculture experienced another revival with films such as Nick Love’s The Football Factory (2004) & The Firm (2009) which glorified football violence to any wannabe hooligan driving them to wanting a piece of the action. The casual fashion seen in these films typifies what was really seen on the terraces and Nick Love actually used some real life football ‘yobs’ in the filming of the fight scenes of the Football Factory. Different brands however have emerged since the nineties such as Weekend Offender and Marshall Artist with that subtle ‘laddie’ British heritage look to them. 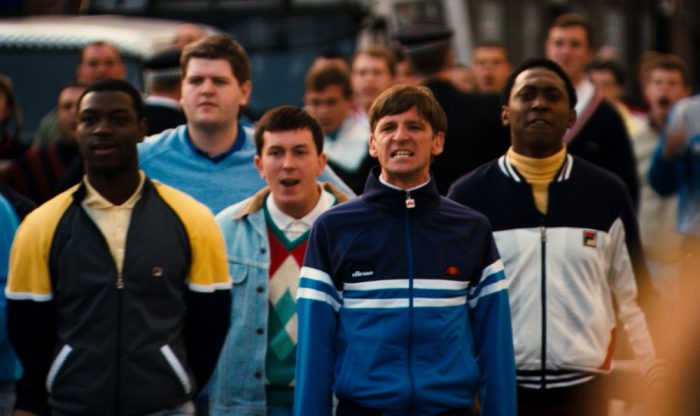 Above: Casual culture history & Terrace subculture with Bex (Paul Anderson) in the Firm from 2009 wearing the Ellesse Rimini track top.

The terrace casual style look is still strong and seen on people who are not even into the ‘naughty’ side of football just because they like the casual style. However, just because you wear Stone Island doesn’t automatically make you a football hooligan and I’m sure Stone Island don’t really like the fact they have this association as a designer brand with football violence. Although it is what it is. Casual culture is still thriving with new youth firms and ‘under 12’s’ popping up all around the country all wanting the sought after ‘casual’ look.  As long as their is football there will be hooligans along with the casual subculture regardless of what the ‘in’ casual brands are at the time. In a nutshell it’s all about bumps, beer, bogs, big jackets, Britpop, boozers, bear knuckle fighting and the old’ bill. Welcome to the world of the British hooligan.