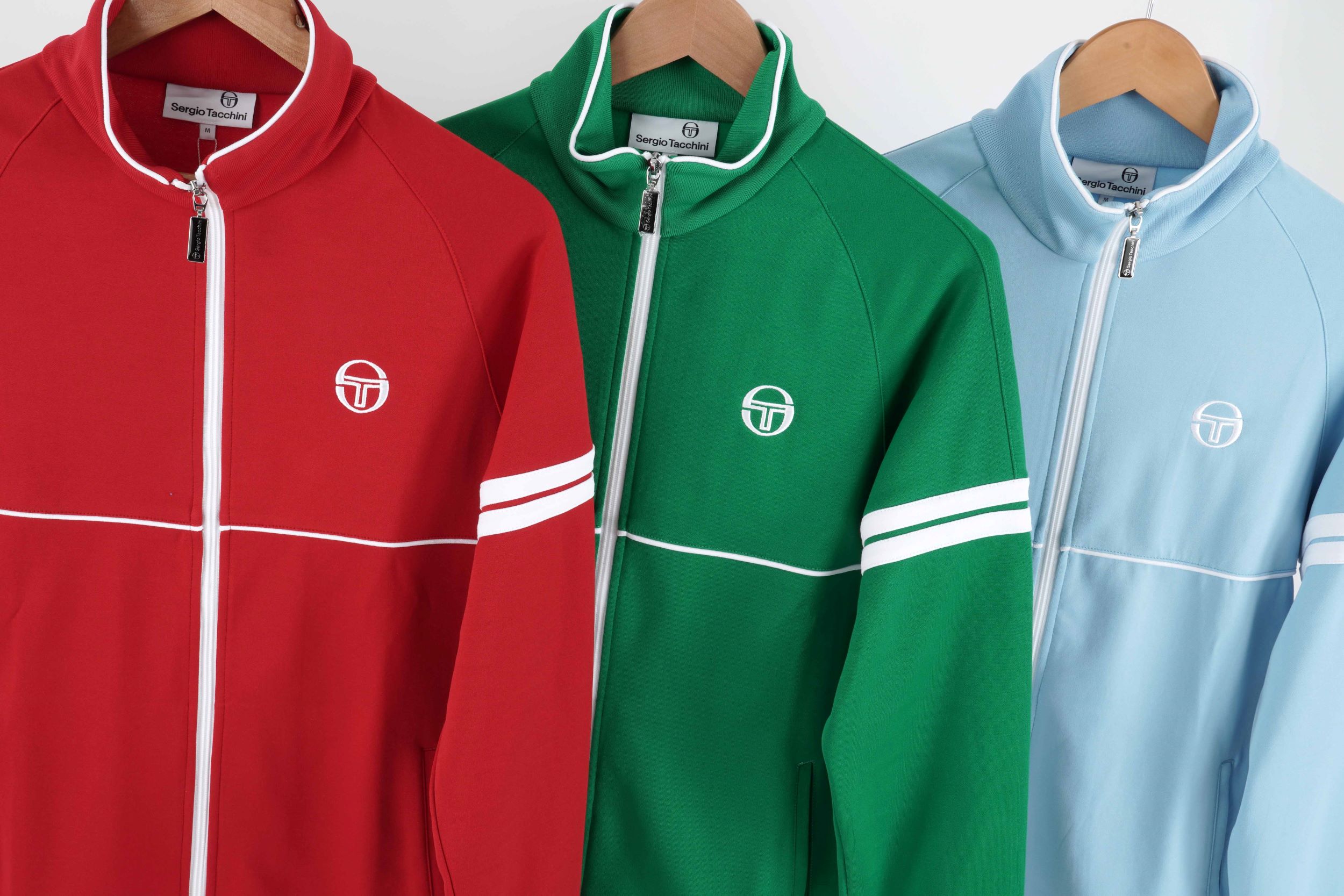 Just like the majority of the classic track tops worn by John McEnroe, the Sergio Tacchini Star track top was also worn to lift a major Grand Slam trophy.

It wasn’t just Grand Slams either. From The Masters to the WCT Finals, McEnroe introduced Tacchini to the thousands of tennis fans throughout his centre court reign of the early to mid 80s. Known for his tantrums and the famous outburst of “You cannot be serious” from Wimbledon in 1981, McEnroe marked the next generation for the tennis world where traditions were broken. The new kid on the block & the rock ‘n’ roll star of the courts, McEnroe played a pivotal role in raising the profile of the Italian sportswear brand Sergio Tacchini throughout the early to mid 1980s. After a brief spell with Fila in his earlier career, McEnroe switched to Sergio in the late 1970s. For Tacchini it was probably the best move they ever made. From the early 80s onwards McEnroe won pretty much everything and each time he lifted a trophy he was wearing Tacchini. The Wimbledon final in 1983 was no different, only this time it was the Sergio Tacchini Star track top in that iconic white colourway. 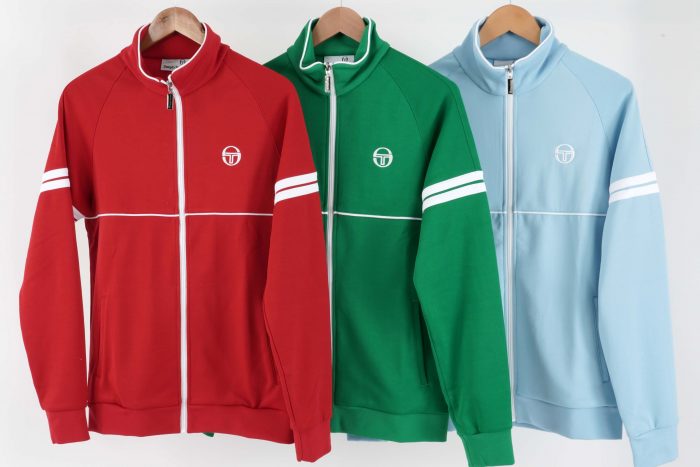 Above: The Sergio Tacchini Star track top in a selection of exclusive colourways now available from 80s Casual Classics.

Thanks to McEnroe’s highly profiled tennis career, temper tantrums & Tacchini track tops, the Italian sportswear brand had never had so much exposure. Everybody wanted a bit of Tacchini in the early 80s & the fact McEnroe was smashing the Grand Slams just added to the sportswear brands’ desirability even more. With his signature volleying techniques McEnroe won the US open 4 times, Wimbledon 3 times, The Masters 3 times and the WCT Finals 5 times. As the poster boy for Tacchini, McEnroe became associated with numerous OG track top styles such as the Ghibli, the Masters, the Dallas & the Star to name a few. 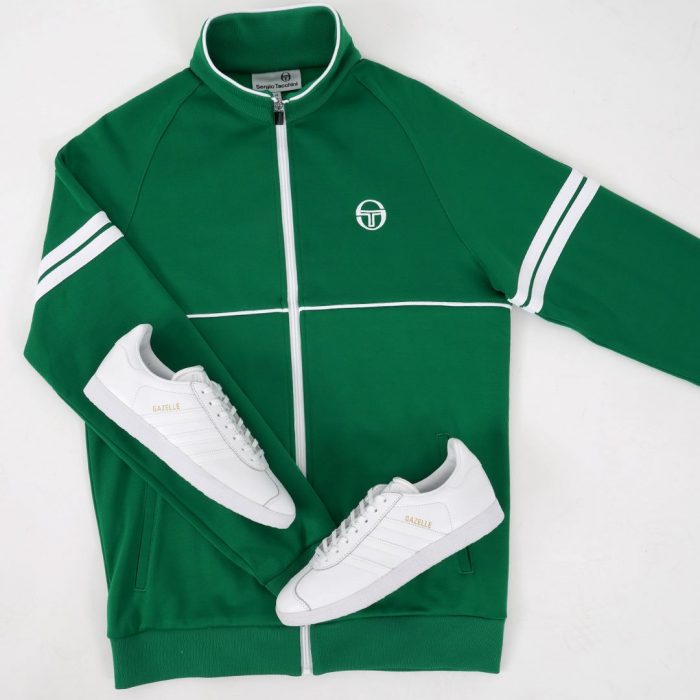 It was the Sergio Tacchini Star track top that McEnroe wore as he beat Ivan Lendl in the semi-finals of Wimbledon in 1983. In the final against New Zealand’s Chris Lewis, McEnroe also wore the signature Sergio style, with Lewis kitted out head to toe in Ellesse and McEnroe in Tacchini. It was classic 80s sportswear at its very finest. As McEnroe bagged his 2nd Wimbledon trophy, the iconic ST branding was there for the whole world to see. McEnroe was a star and so was his track top. 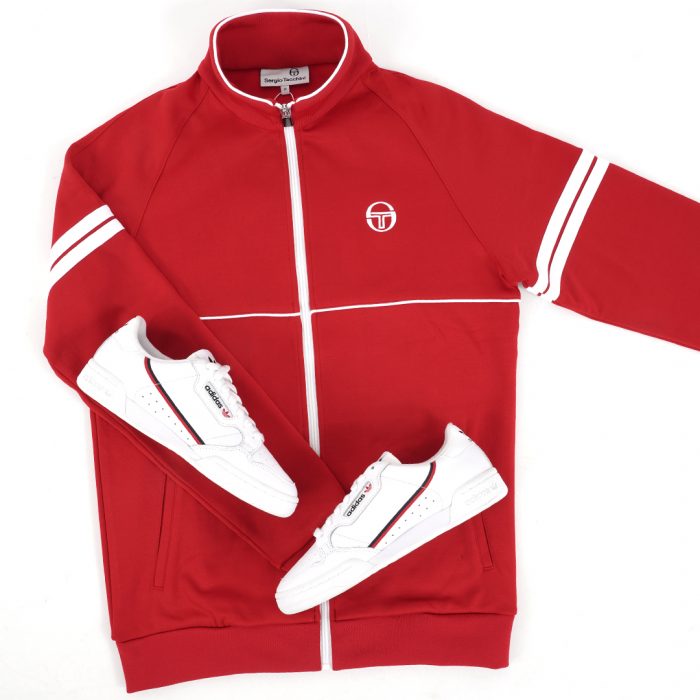 The classic early 80s McEnroe style now returns to its spiritual home in a selection of exclusive colourways. Similar in appearance to the likes of the Fjord & the Orion with its iconic double stripes to the sleeves, the Star is just about as classic as it gets when it comes to retro track tops. Featuring contrasting piping across the front, side slip pockets & the iconic ST branding to the front, the Star is an absolute must have. Shop the exclusive release now at 80s Casual Classics via the links.