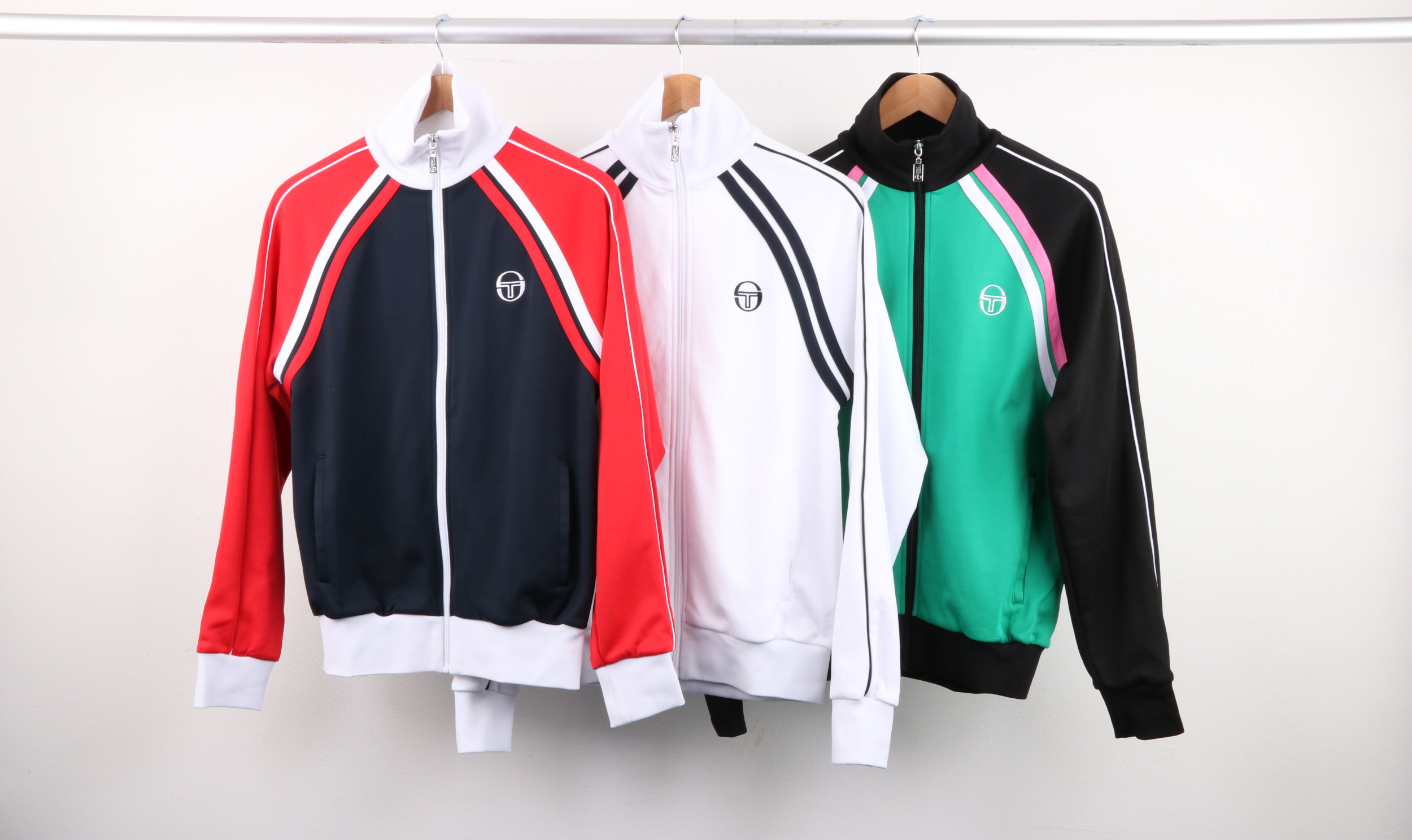 Born in Germany and raised in New York, John McEnroe added a roguish element to the world of tennis. Picking up his first tennis racket at the age of 8, McEnroe quickly rose through the ranks of the tennis elite. McEnroe once said “I did a terrible job of composing myself. I was a spoiled brat from Long Island who benefited from the energy of New York.” You could say his composure might of sometimes got a bit out of hand. But that’s what made him great to watch. McEnroe added extra drama to what was considered a traditional gentleman’s sport. One of the greatest tennis players ever with a boisterous & rebellious streak. It’s no surprise really that those with a penchant for Italian sportswear took note of the bad boy of tennis and his unique Tacchini style. It was McEnroe that famously endorsed classic Tacchini styles like the Sergio Tacchini Ghibli, the Star & the Dallas throughout the 1980s. 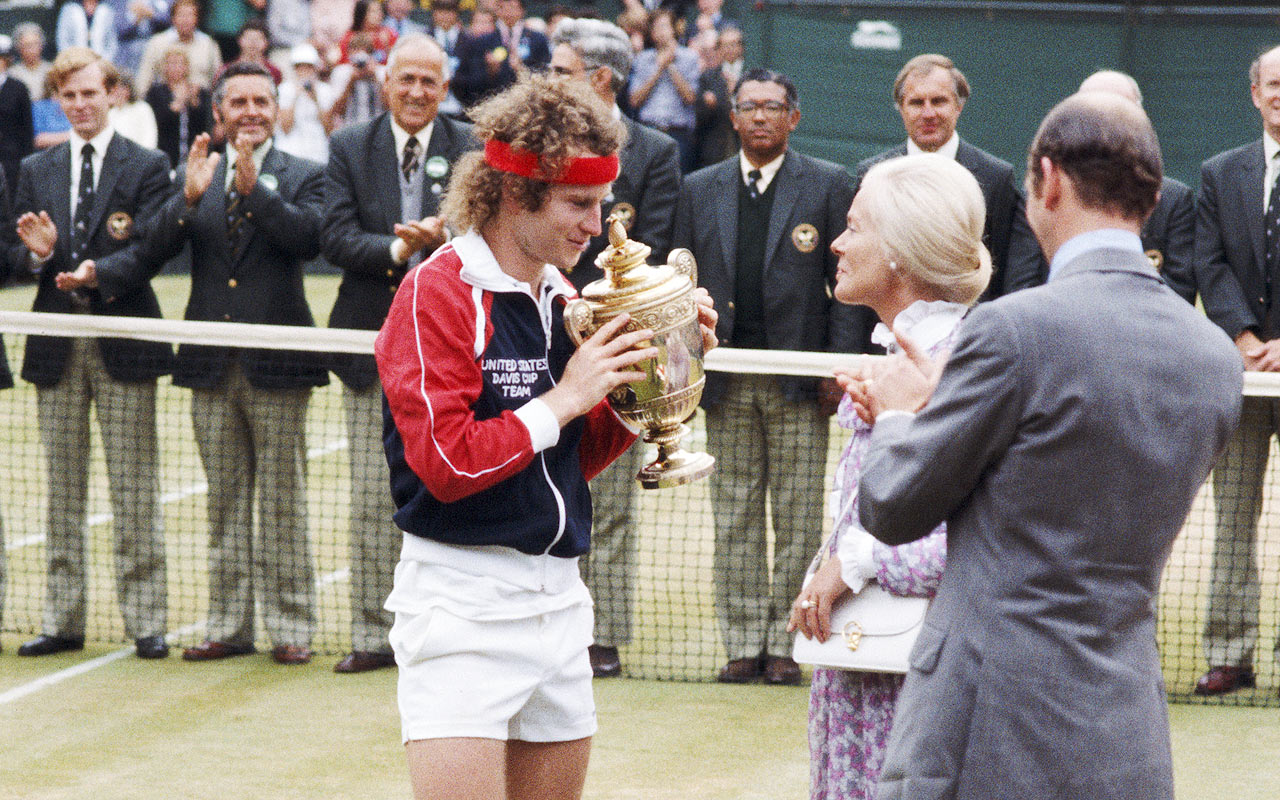 McEnroe won his first Grand Slam title in 1979 at the US Open but it was his fierce rivalry with Bjorn Borg that really got people talking about the Long Island legend. The rivalry would see the two legends meet head to head a total of 14 times, reaching a climax with the Wimbledon final in 1980 where McEnroe so desperately wanted to lift the prestigious golden prize. After losing to Borg in 1980, McEnroe came back with a vengeance and won his first Wimbledon title the following year in 1981 beating Borg in the final. It was that day where the whole world would see the Sergio Tachini Ghibli track top as McEnroe stepped foot out onto centre court wearing his trademark red headband with his curly hair and a pair of Nike Wimbledon’s. McEnroe also wore the Ghibli as he proudly lifted his first Wimbledon trophy, a moment which he had dreamed of his whole tennis career and a moment that would go down in tennis history.

It would be interesting to know why McEnroe specifically wore the Ghibli on that day in July 1981. It was actually his track top for the USA Davis Cup team so it was kind of like Thomas Muller wearing a Champions League kit for a Bundelisga game. Who knows? Maybe it was just his lucky top and if so then it certainly worked. The Ghibli became a popular 80s track top style thanks to McEnroe. His bad boy persona, skilful style and competitive edge gave Sergio Tacchini something the brand will probably never see again from a sponsorship deal. 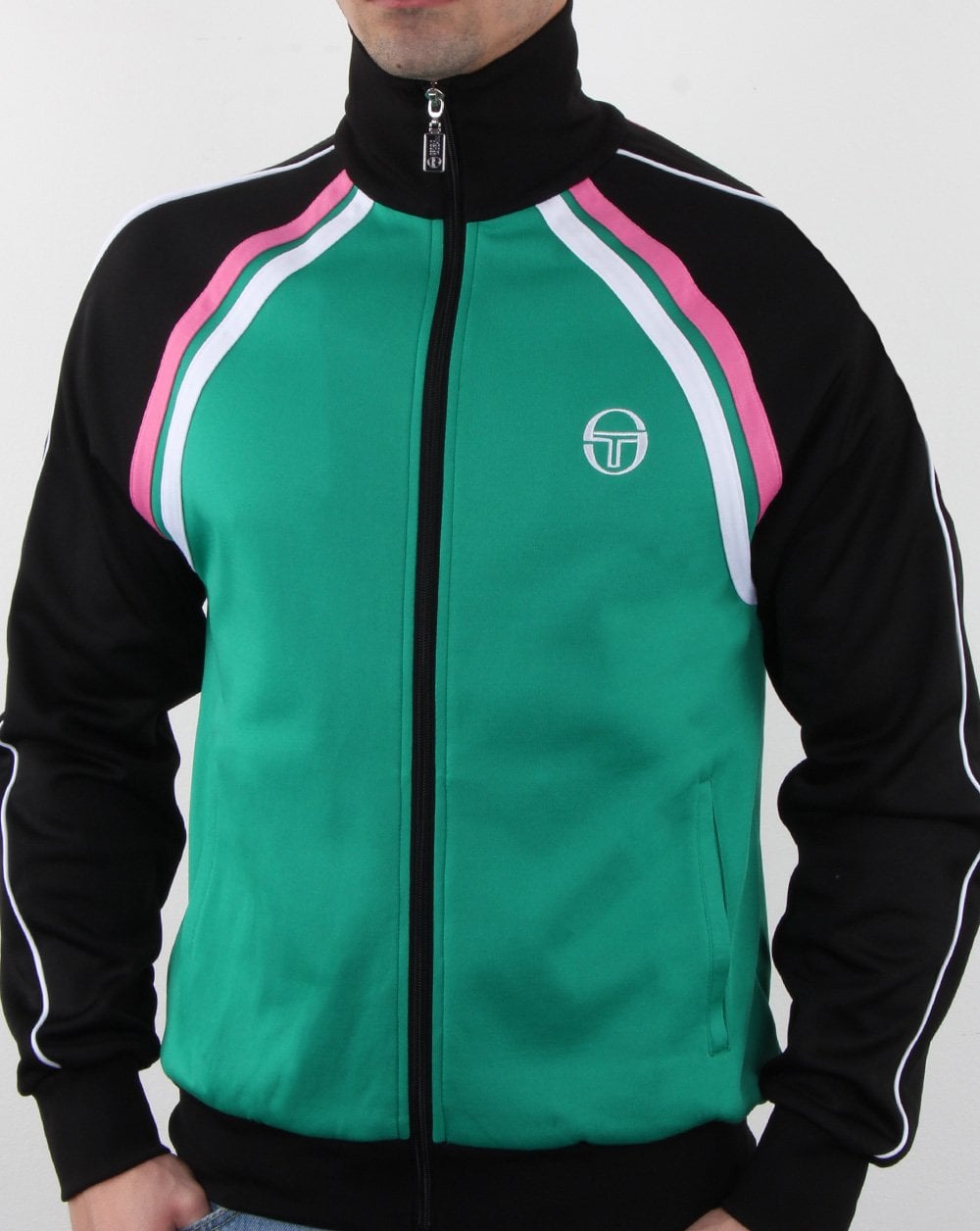 One of our most popular Tacchini styles, the Ghibli track top is now introduced in some new & exclusive colourways. Also available in the famous Davis Cup & Wimbledon navy/red version, the Ghibli is a must have track top style for any serious 80s sportswear collector. Features of the McEnroe classic include the famous stripes running from the collar to the pit as well as contrasting piping running down the sleeves. Each style is finished off with the iconic ST branding to the left chest. 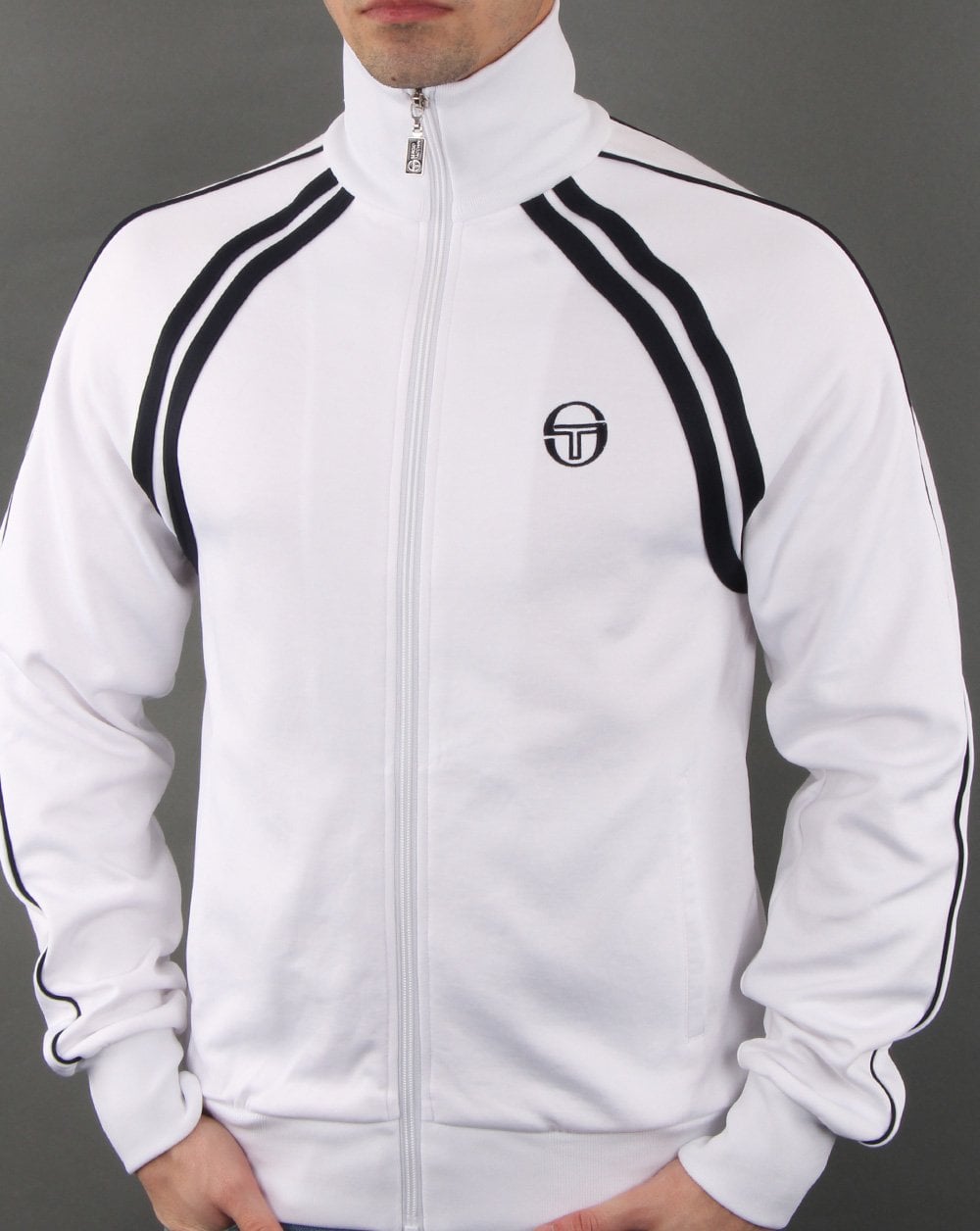