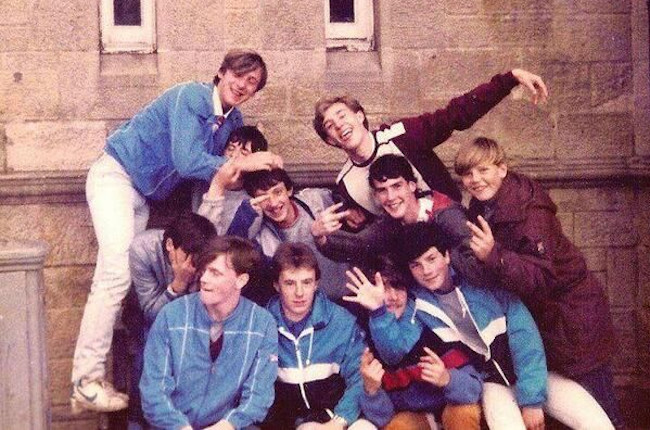 The Patrick Cagoule Returns For 2022!

We’re extremely excited to announce the return of the legendary Patrick Cagoule from the 1980s which will be making a massive come back for 2022 courtesy of 80s Casual Classics.

As far as reviving original Casual styles from the 1970s & the 1980s goes you could say we’ve not done a bad job so far. From a range of classic styles from Fila, Sergio Tacchini & Ellesse to the more recent revival of the Benetton Rugby Shirt, bringing back Casual classics is just simply what we do. After reviving numerous styles from the golden era of Casual fashion & one-upmanship, we’re now turning our attention to that iconic windbreaker that we all wanted back in the day, we’re talking of course about the legendary Patrick Cagoule! After an influx of requests from our customers as well as working directly with Patrick themselves, we’re very excited to announce that we are now bringing back another key piece of Casual history for 2022. 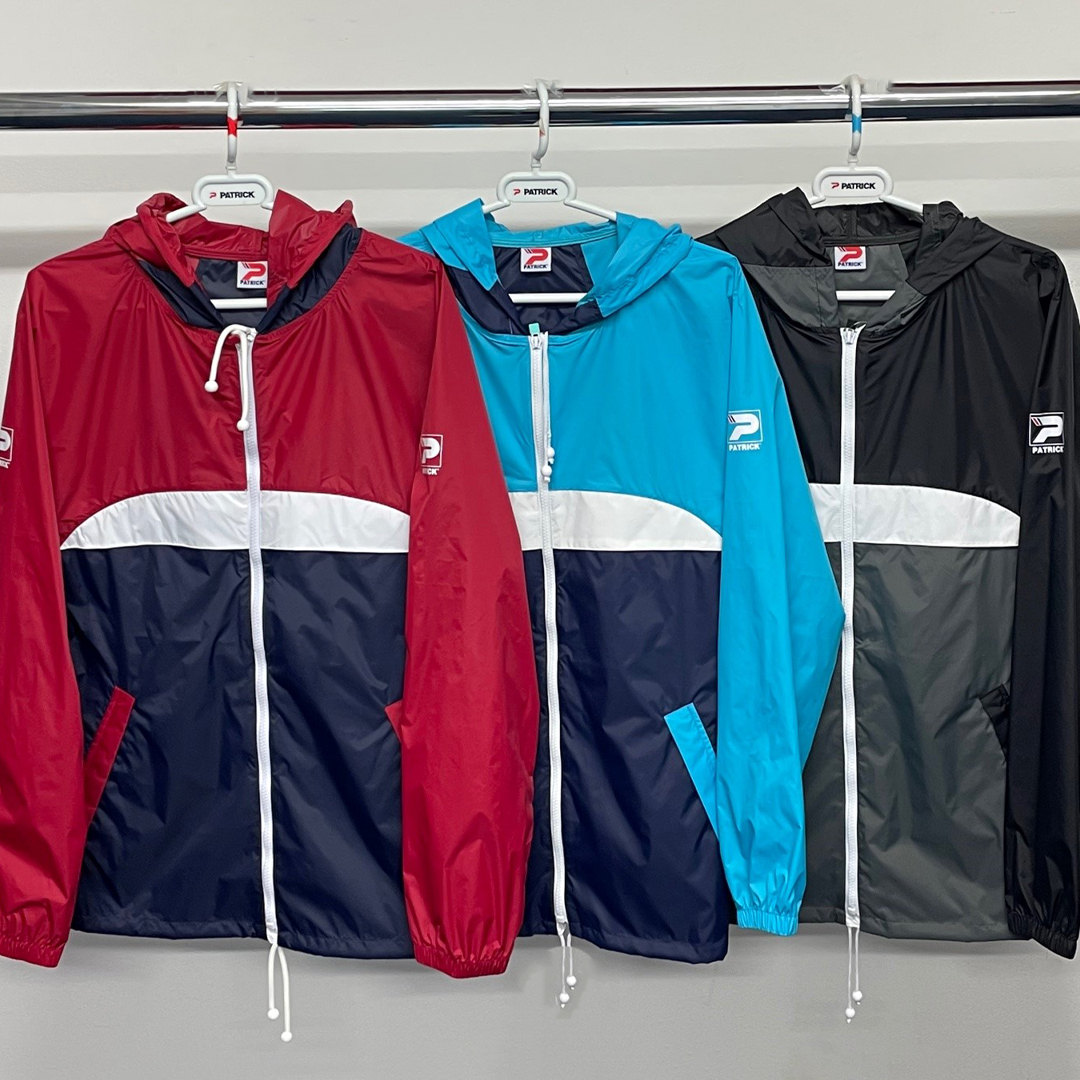 Above: The Patrick Cagoule in a selection of classic colourways which is revived for 2022.

The cagoule, or windbreaker, as it also known was a key outerwear style for the young football Casuals. Some might claim the cagoule craze started in the North West of England, a region known for its almost Scandinavian like precipitation, with football fans from the likes of Tranmere & Liverpool. What better way to keep yourself dry on the terraces whilst also maintaining that sporty Casual look. The cagoule was the obvious choice for the young style driven Casual. Among several other windbreaker brands, the Patrick Cagoul was one of the most sought after styles at the time. The passion for Patrick came from the fact that Kevin Keegan wore Patrick football boots. Also when Keegan came back to the 1st Division from Hamburg to join Southampton in 1980 he also wore a full Patrick kit. It wasn’t just Keegan’s perm that was iconic, it was also his sponsorship deals. If you played football at school in the 1980s chances are you wanted or owned a pair of Patrick football boots. Like a lot of the other big Casual styles at the time they were performance driven & were available in traditional sportswear stores. In the case of the Patrick cagoule it was the football connection. 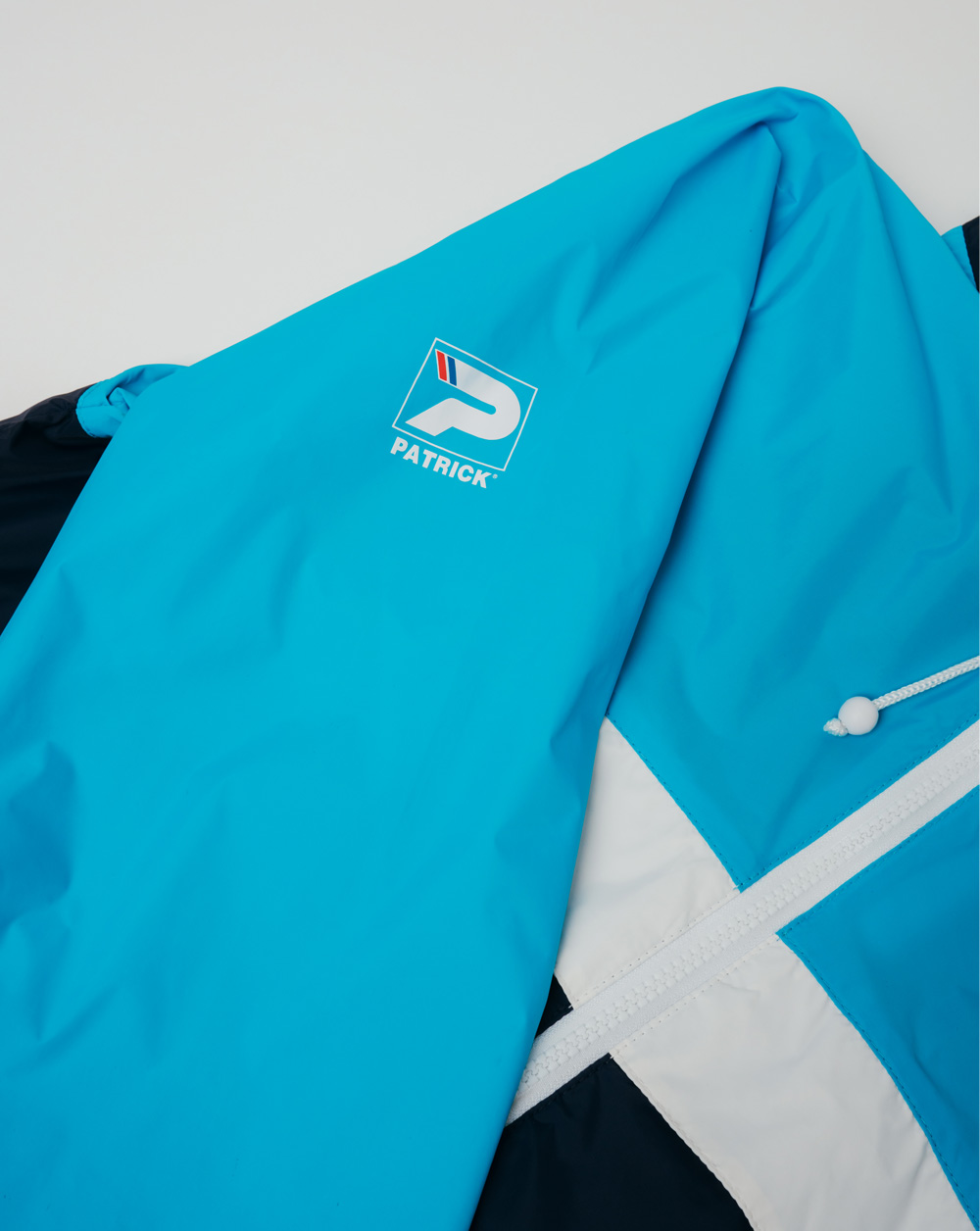 Above: The Patrick Cagoule in French blue/navy/white which is revived for 2022.

Founded in Belgium in 1892 by Patrice Beneteau, Patrick has been worn by everyone from Tour De France winners to a range of football royalty. For 2022, the original Patrick Cagoule is revived from the Belgian brands’ archive for a very special exclusive re-release. We have worked closely with the brand to revive the original French blue/navy/white colourway which will also appear in Nick Love’s forthcoming TV drama ‘A Town Called Malice’. We’re also bringing back the original red/navy/white colourway as well as an updated black/grey/white version. The OG windbreaker features original Patrick branding to the sleeves with adjustable toggles to the hood & waist. The classic cagoule will be available to pre-order from 80s Casual Classic from the 2nd January 2022 via the links.