X
This site uses cookies to provide and improve your shopping experience. If you want to benefit from this improved service, please opt-in.
More Info
Accept Cookies
80's Casual Classics80's CC NostalgiaThe Return Of An 80s Casual Classic: The Benetton Rugby Shirt Is Back
Menu 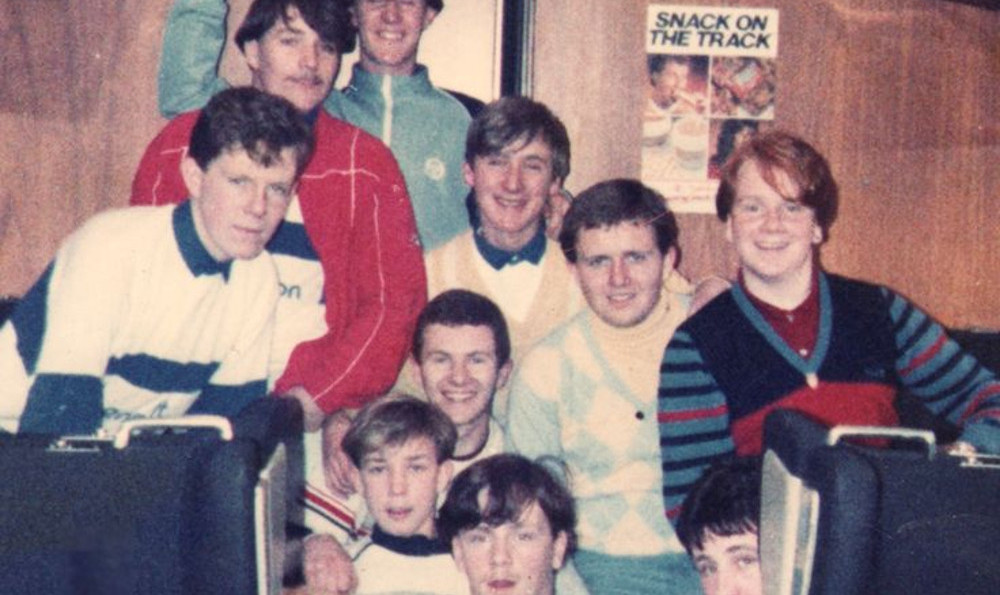 The Return Of An 80s Casual Classic: The Benetton Rugby Shirt Is Back

The Benetton Rugby Shirt is quite possibly one of the most iconic casual 80s styles of all time.

Whether you wore a Benetton Rugby Shirt underneath your red Fila Terrinda back in the early 80s or remember seeing other young casuals wearing it, there is no denying the significance of the striped sports top to casual fashion. Casual fashion has remained relatively similar over the last few decades. New brands come and go but the overall style has remained the same. Back in the 80s however it literally changed over night and if you didn’t keep up with it you would run the risk of getting ridiculed by other fellow casuals. It was all about expensive designer gear, one-upmanship and keeping one step ahead of the latest casual trends. One particular style that became an overnight casual icon was the Benetton Rugby Shirt. Following on the trend of expensive Italian sportswear from across the continent, Benetton became a regular sight across the terraces throughout the 80s with the iconic striped rugby shirt just as popular as any. Over the last few decades casual collectors have been searching high and low for the classic rugby style from vintage stores to endless hours scrolling through the internet only to find high resale values and limited supply. It is therefore with great pleasure that we can announce the style is now available as part of a very special re-release at 80s Casual Classics.

Above: The Benetton Rugby Shirt is now available to pre-order from 80s Casual Classics for September 2019.

Started back in 1965 in Ponzano Veneto, the Italian brand became a massive hit throughout the 80s thanks to colourful marketing campaigns and the introduction of the ‘United Colors of Benetton’. The brand became a hit with the casuals and the Paninaro for its crisp, colourful and youthful style. Throughout the 80s to the early noughties the brand teamed up with the famous Italian photographer, Oliviero Toscani, for a series of controversial adverts, raising awareness of global issues such as poverty, racism, disease and disability. 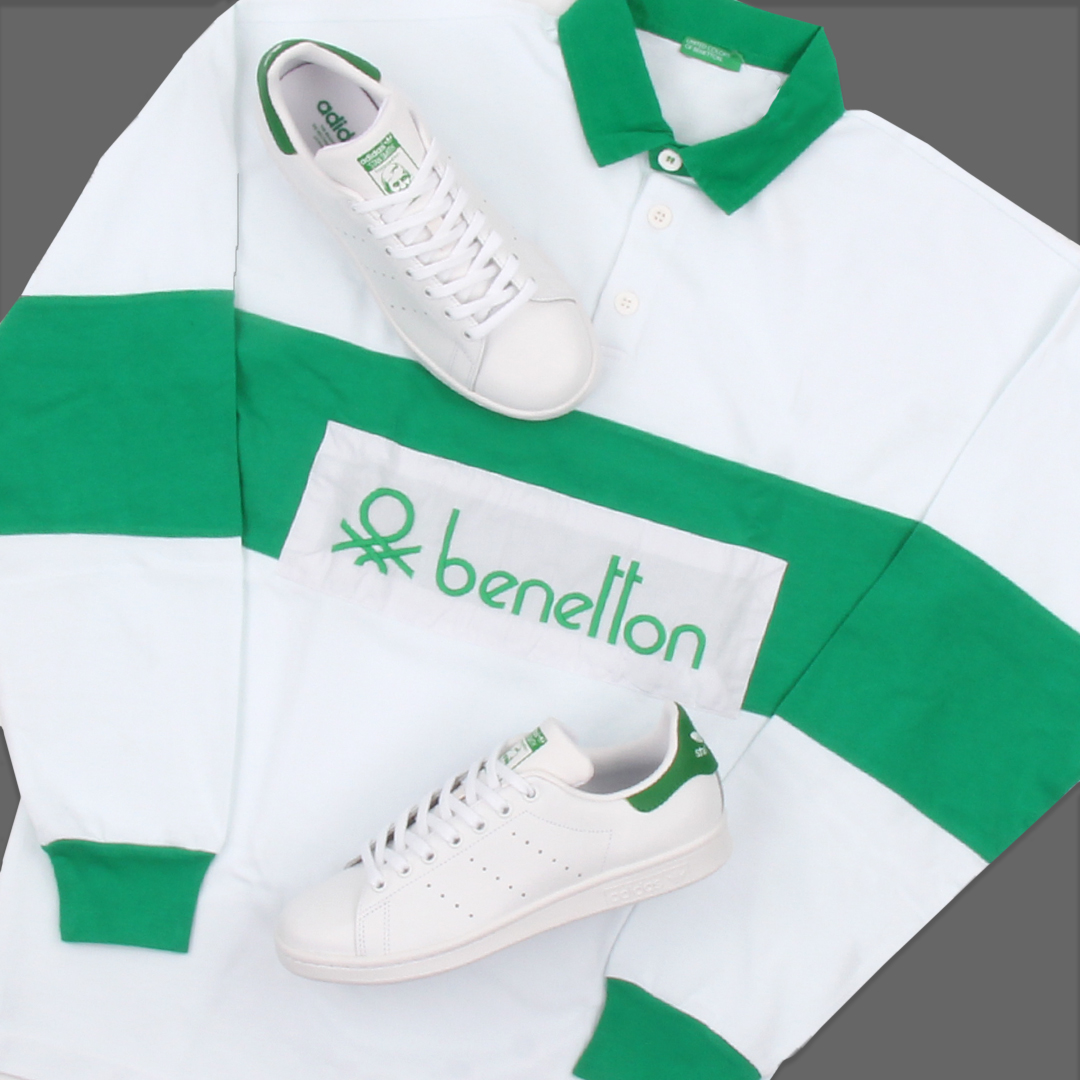 Above: The Benetton Rugby Shirt in white/green now available to pre-order from 80s Casual Classics.

The Benetton logo has become an 80s icon and a symbol of the era. The Rugby Shirt style was a regular sight on ‘away days’ alongside other Italian sportswear brands such as Fila, Ellesse and Sergio Tacchini. The iconic 80s style is now re-introduced to its spiritual home for an exclusive re-release for 2019. A style which has also appeared in numerous period films and casual artwork, the Benetton Rugby shirt is now available in the signature white/blue & white/green colourways. Highlights include a polo shirt style collar, with a contrasting stripe running across the front and sleeves. The iconic ‘Benetton Sans’ logo which draws inspiration from the Gil Sans font also appears across the front. Pre-order yours now from 80s Casual Classics to guarantee your own piece of casual apparel history. 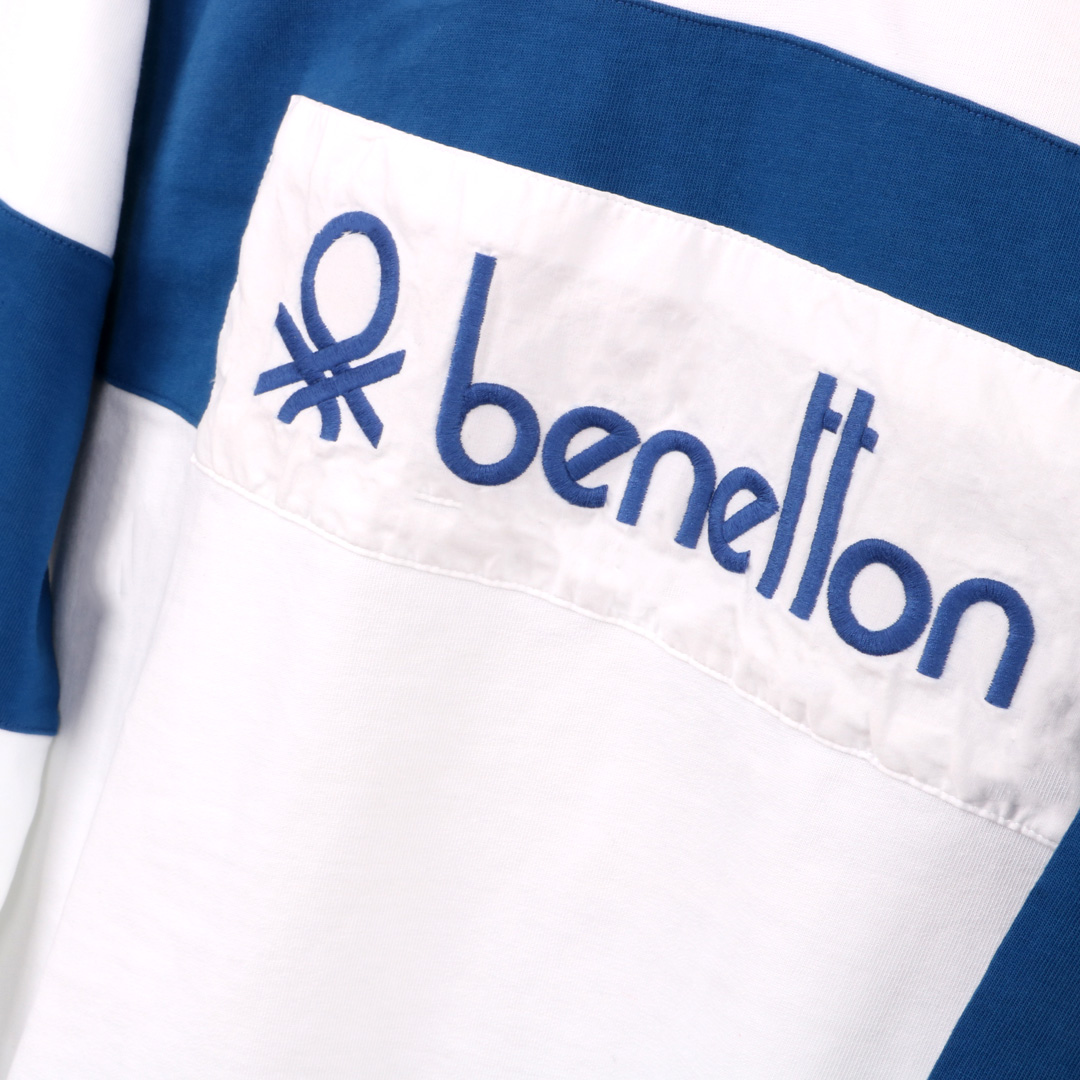 Above: The Benetton Rugby Shirt in white/blue now available to pre-order from 80s Casual Classics.