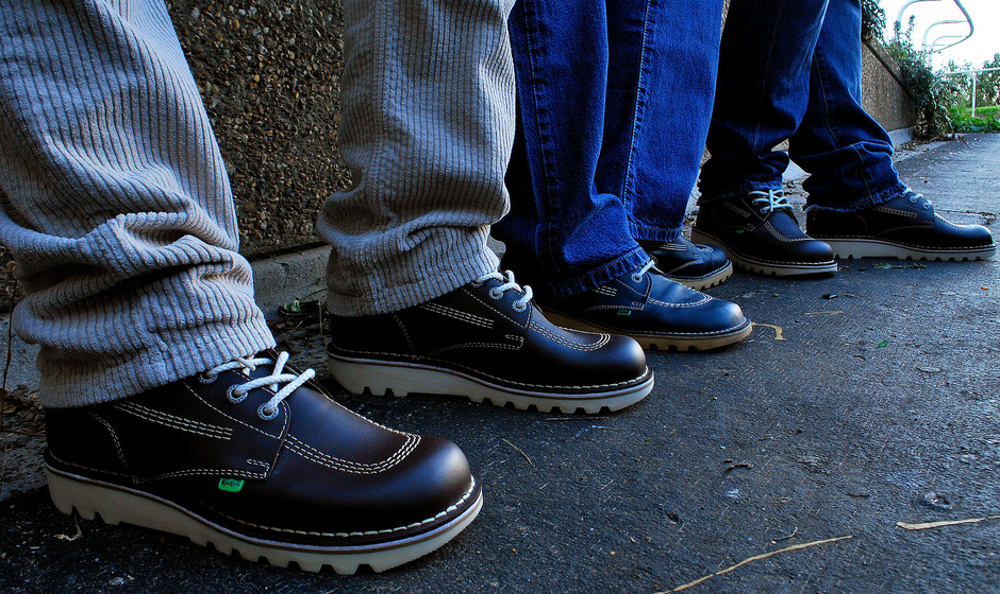 The Kickers Kick Hi became the footwear choice of rave revelers of the late 80s looking to avoid the ‘no trainer’ policies of the clubs.

Kickers were born out of the concept to create a shoe that could be worn with jeans with their ‘Born From Denim’ slogan setting the tone from the very beginning. The French shoemaker quickly became a respected label among the music elite of the 70s and 80s from The Who’s front man Roger Daltrey to Rod Stewart, to the king of pop music himself, David Bowie. The musical connection still remained however it wasn’t until the rise of Acid House and the Madchester scene in the late 80s that Kickers really earned their stripes in the footwear world. Iconic silhouettes like the Kick Hi became the go to shoe following the second summer of love with artists like the Stone Roses kitted out in a pair in the Fools Gold video as well as featuring on the cover on The Farm’s ‘Stepping Stone’ track from 91′. 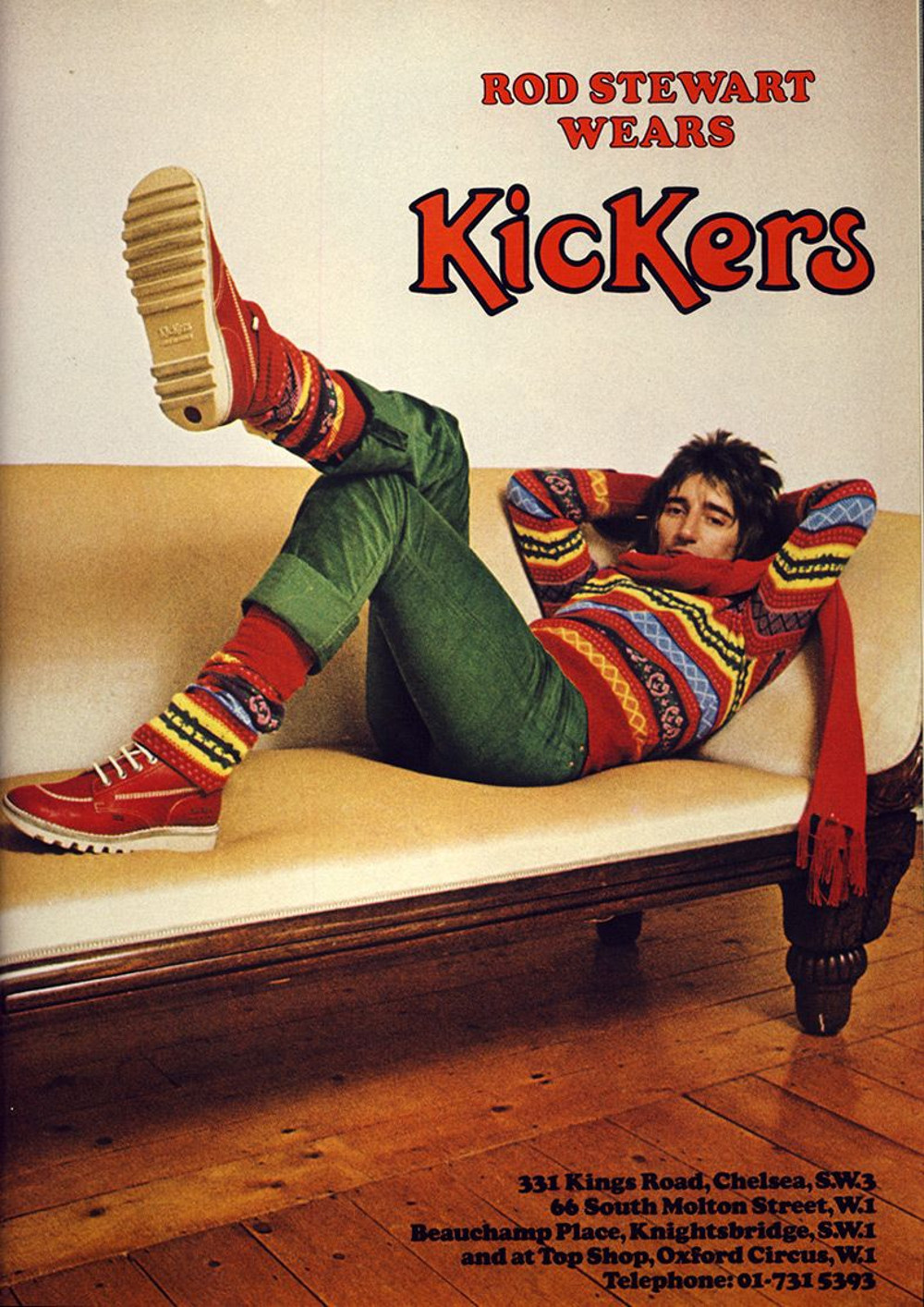 Even though rave culture brought crowds in their 1000’s to fields all over the country, notable nightclubs like Manchester’s Hacienda still adopted an on the door ‘no trainers’ policy. A policy to keep out the would be troublemakers with the idea that anyone who wore trainers could potentially cause trouble was drastically out of date when people were dancing for hours on end ‘loved up’ to their eyeballs. Even though the scene would eventually become run by the gangs of Moss Side and Salford, the trouble was rare with people more interested in hugging each other than fighting. Just like the wallabee had become a crossover style where casual met smart in the North West, other notable styles included the Kickers Kick Hi which also became a key look of the Acid House era, continuing throughout the 90s and the birth of Britpop. 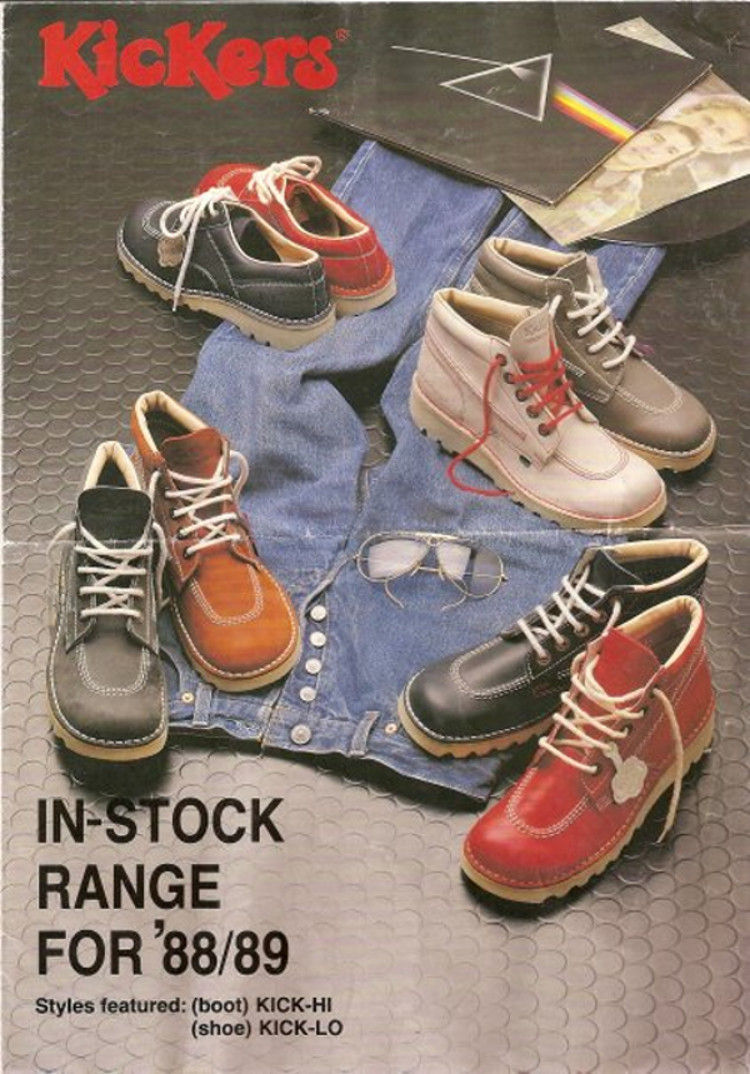 Above: An original Kickers advert from 1988 advertising both the Kick Hi and Kick Lo styles. 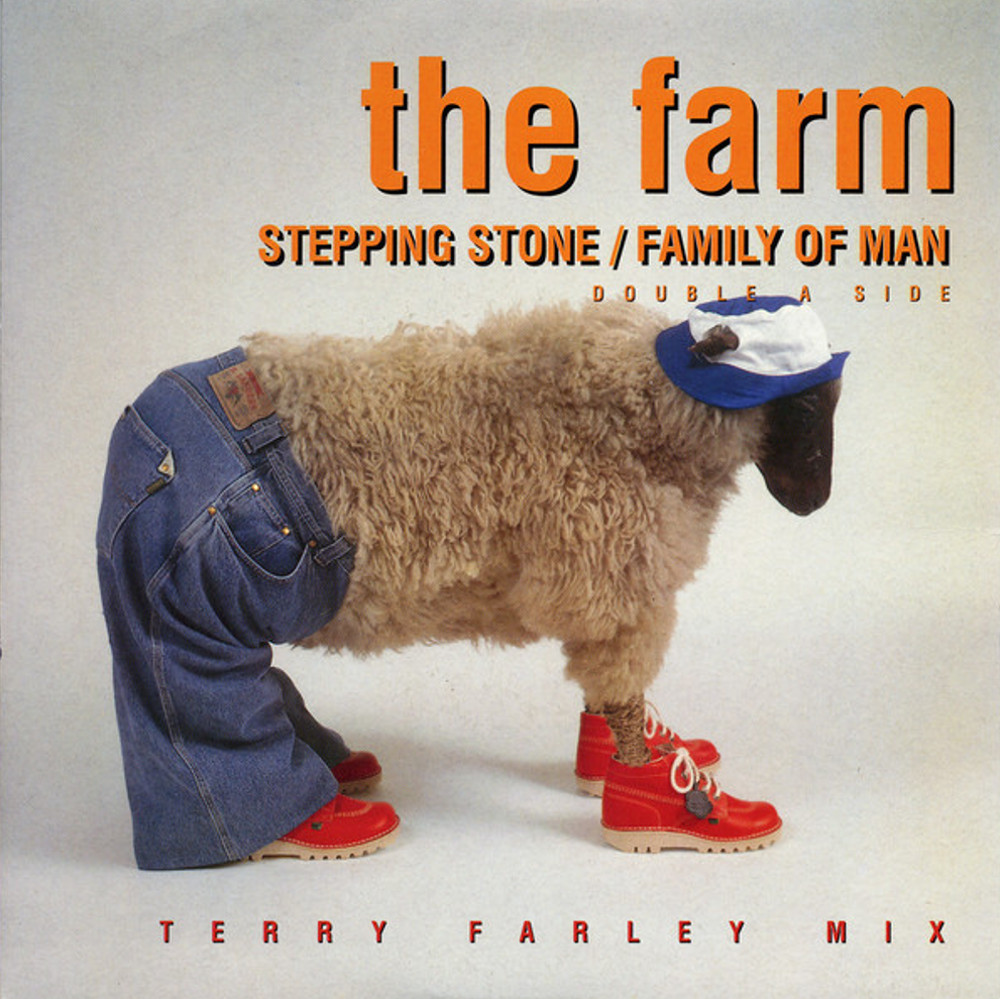 Above: The Farm’s ‘Stepping Stone’ single cover from 1991 featuring a sheep wearing a pair of baggy jeans, a pair of Kickers Kick Hi’s and a bucket hat.

With all the musical nostalgia attached to the Kickers Kick Hi, its no surprise the iconic style is still a firm footwear favourite among the dressers of the world when the colder months start to draw closer. Teamed up with cords or denim, knitwear and outerwear they just look the business and the good news is we have a solid selection of the Hi style in both nubuck and leather now available at 80s Casual Classics. Highlights of the all time boot classic include the notable big chunky sole, brass eyelets and the famous red and green ‘Kickers’ tabs to each side. 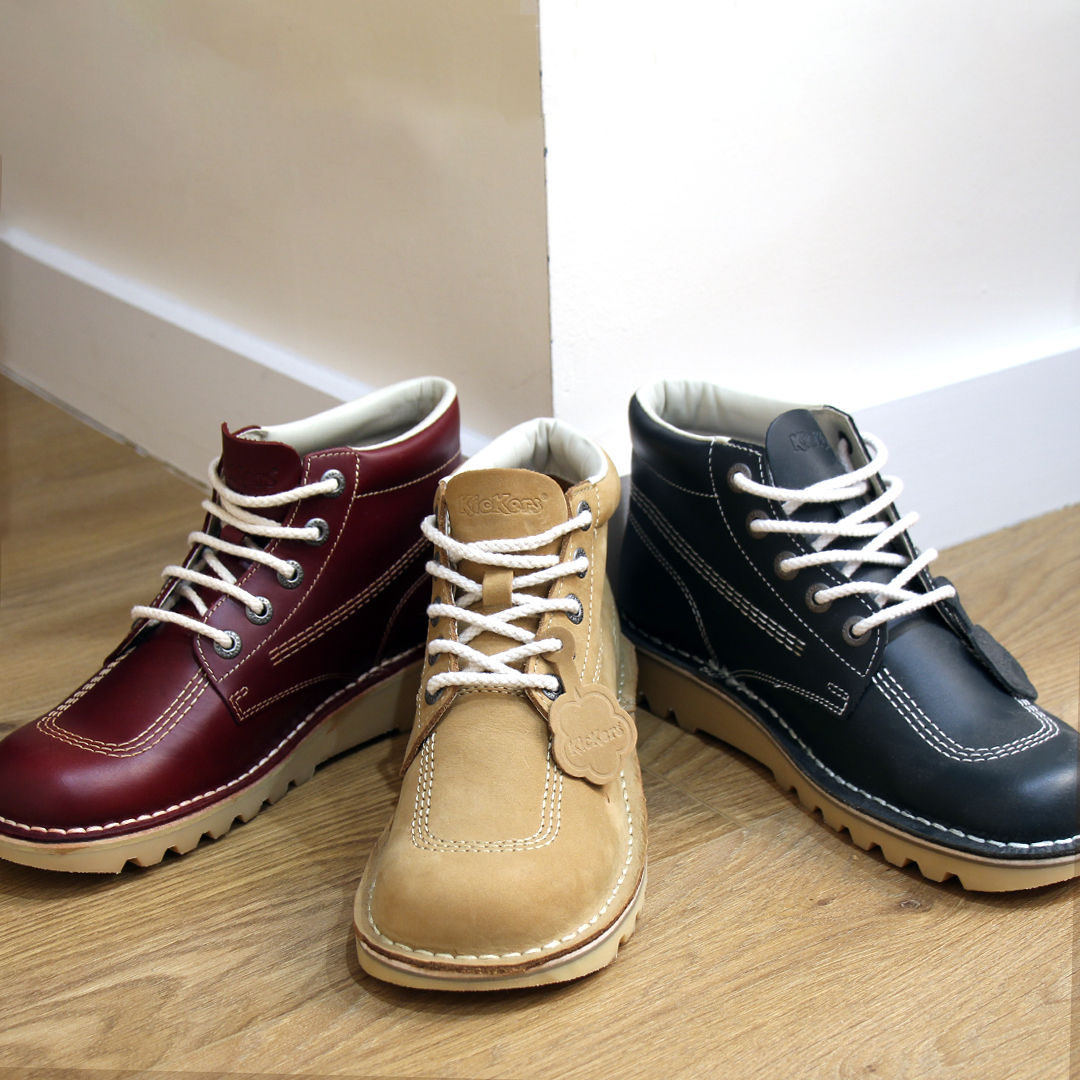 Above: The Kickers Kick Hi Boots in both premium leather and nubuck now available from 80s Casual Classics. 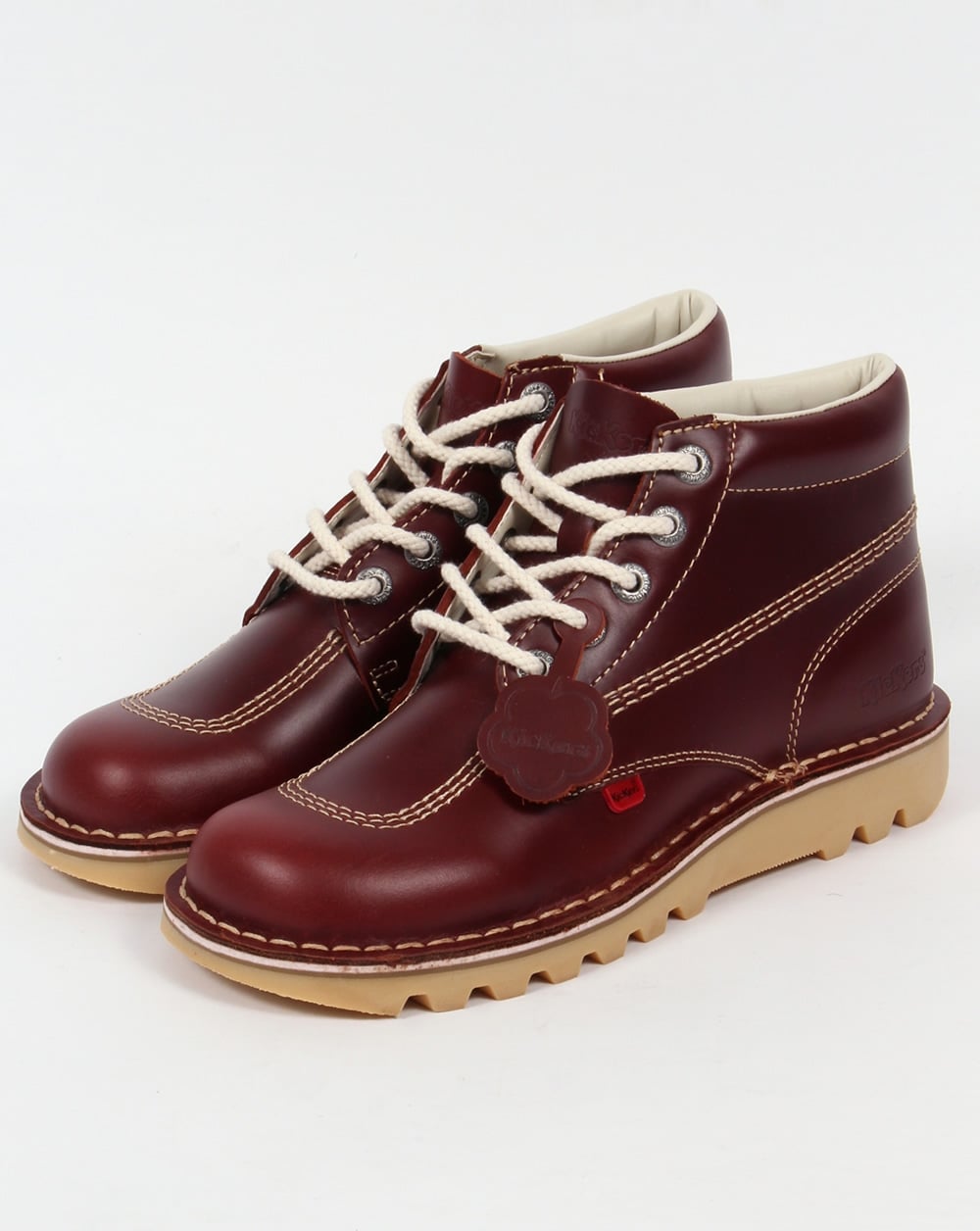 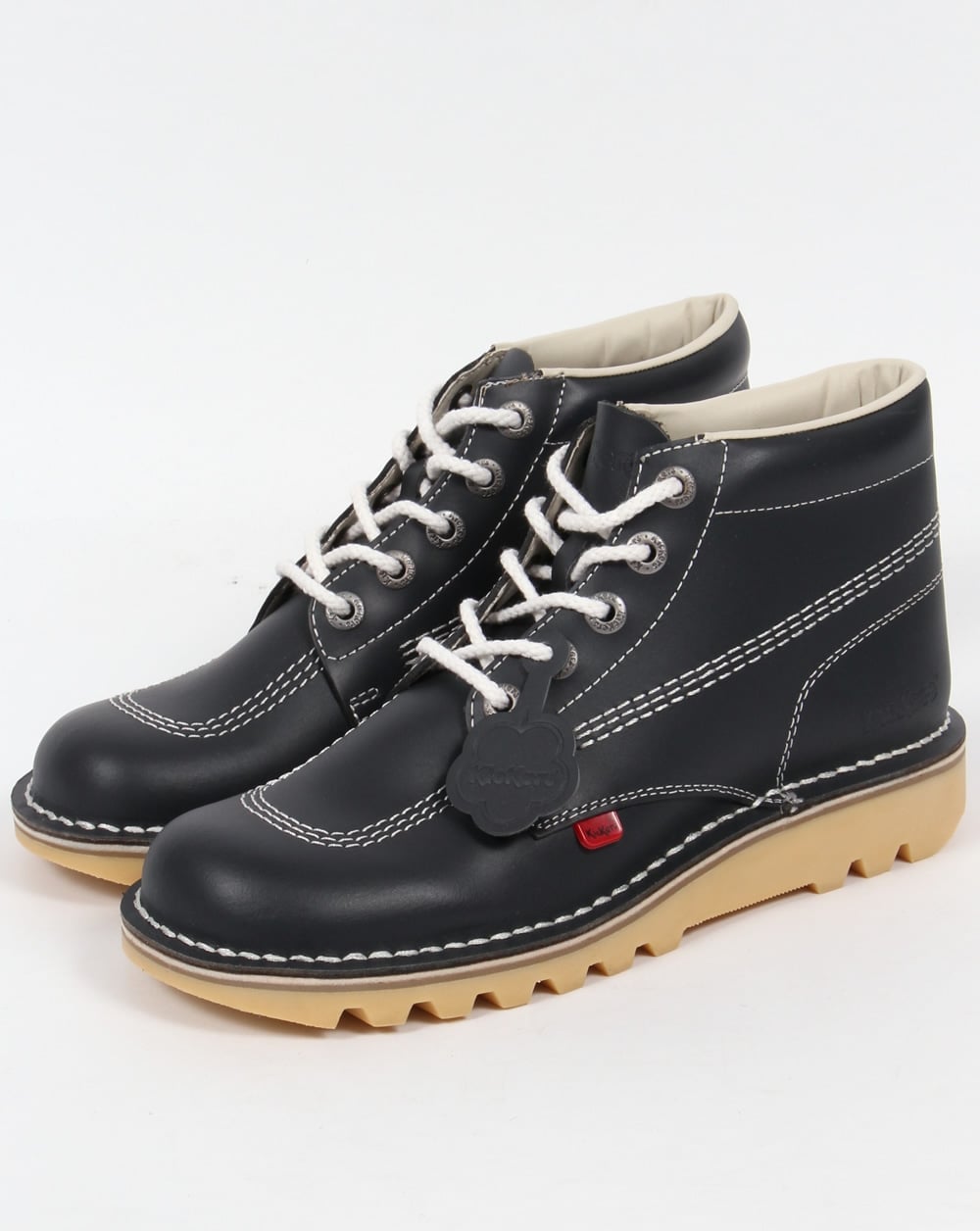 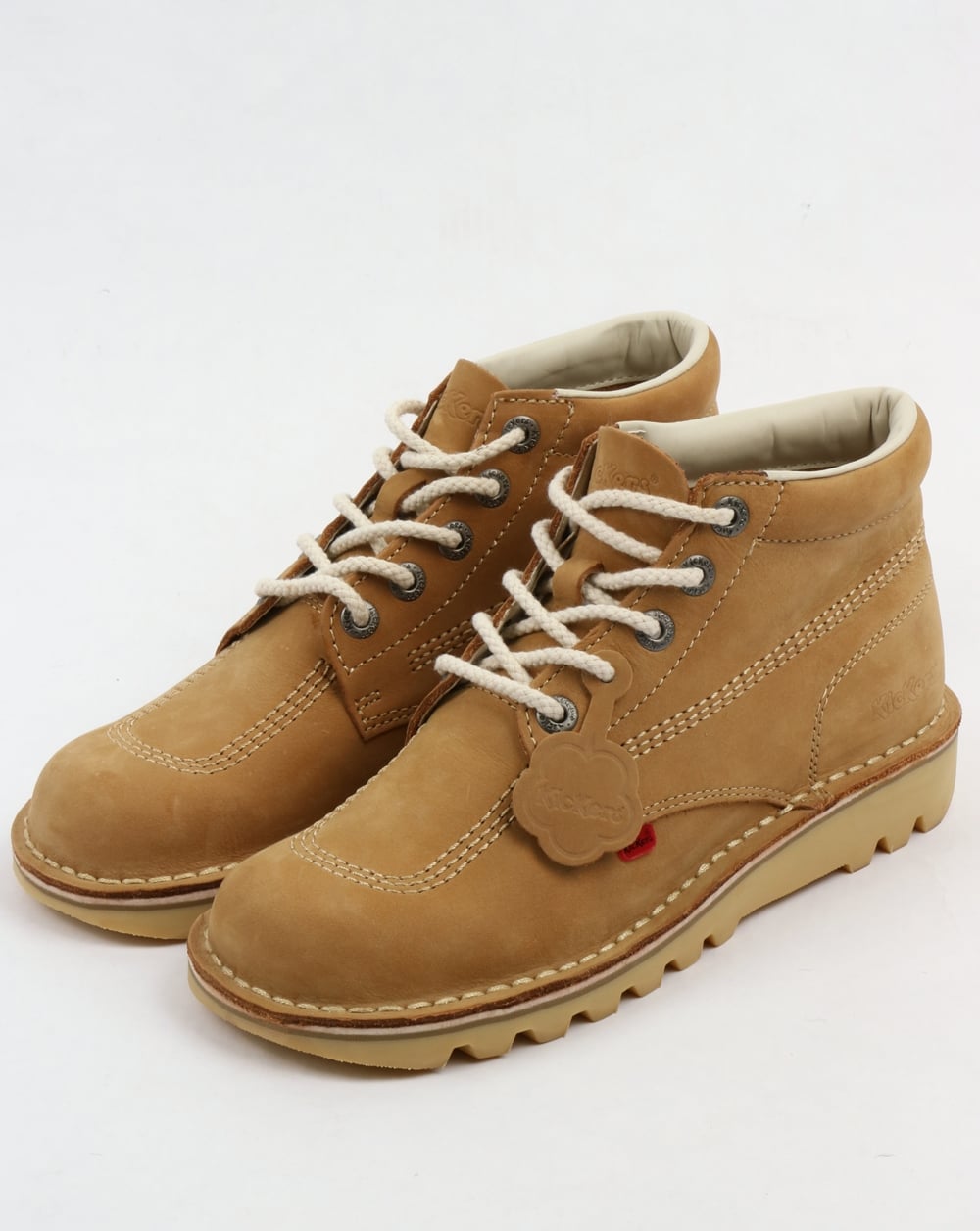