X
This site uses cookies to provide and improve your shopping experience. If you want to benefit from this improved service, please opt-in. Cookies Page.
Accept Cookies
80's Casual ClassicsFootwearEverything You Need To Know About The Clarks Wallabee
Menu 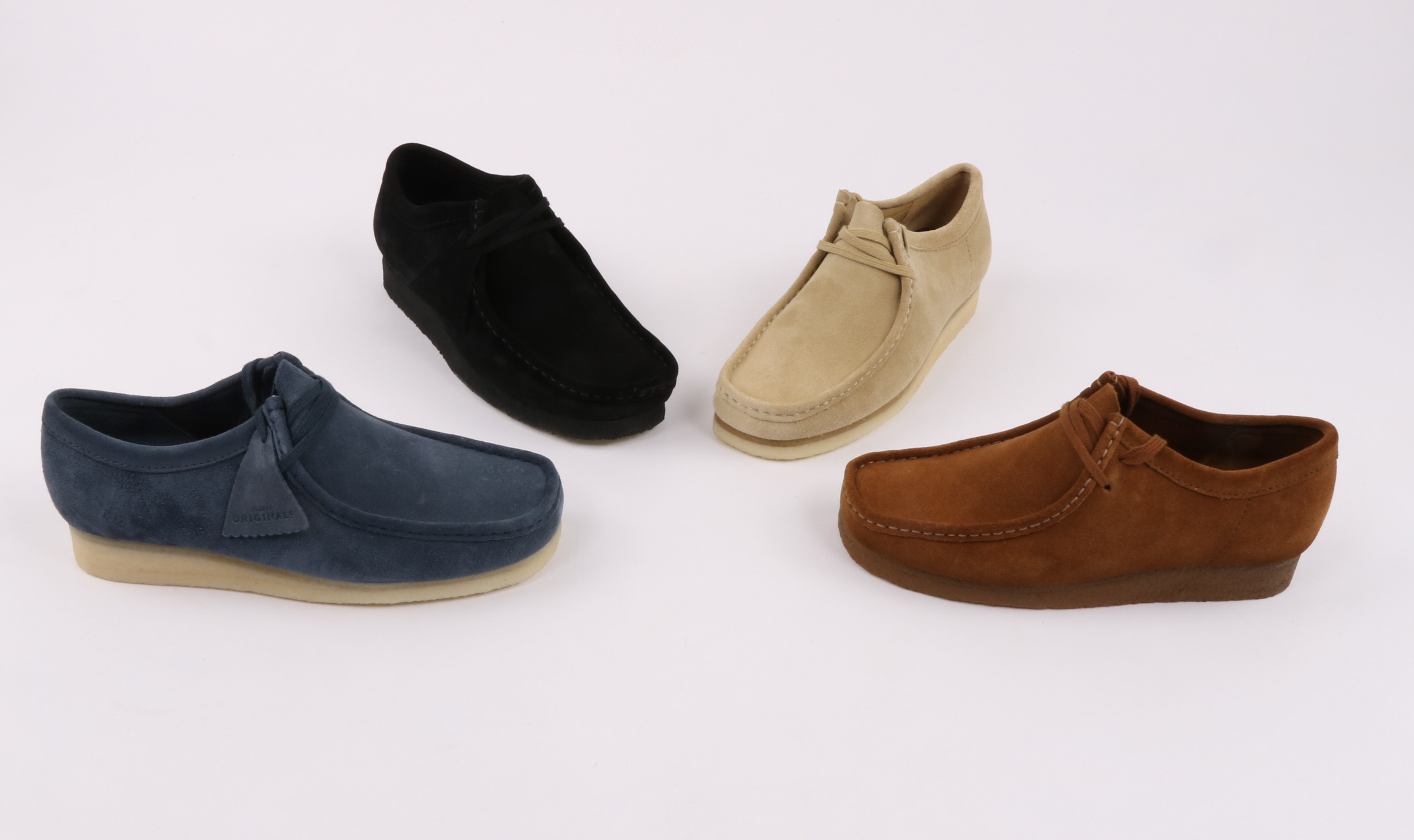 Everything You Need To Know About The Clarks Wallabee

Since it was first introduced back in 1964 the Clarks Wallabee has become a footwear staple and timeless favourite. Such admiration wasn’t just born overnight though with other footwear brands scratching their heads and wondering just how a simple moccasin style design became so popular? Its subculture connection for one has played a pivotal role in the growth of the classic shoe, but its simplicity and all year round comfort has also had a lot to do with the shoe’s popularity. As new trainer trends come and go with new celebrity endorsements, the Clarks Wallabee just kind of stays, with an ever growing global appreciation and admiration for the crepe sole shoe. 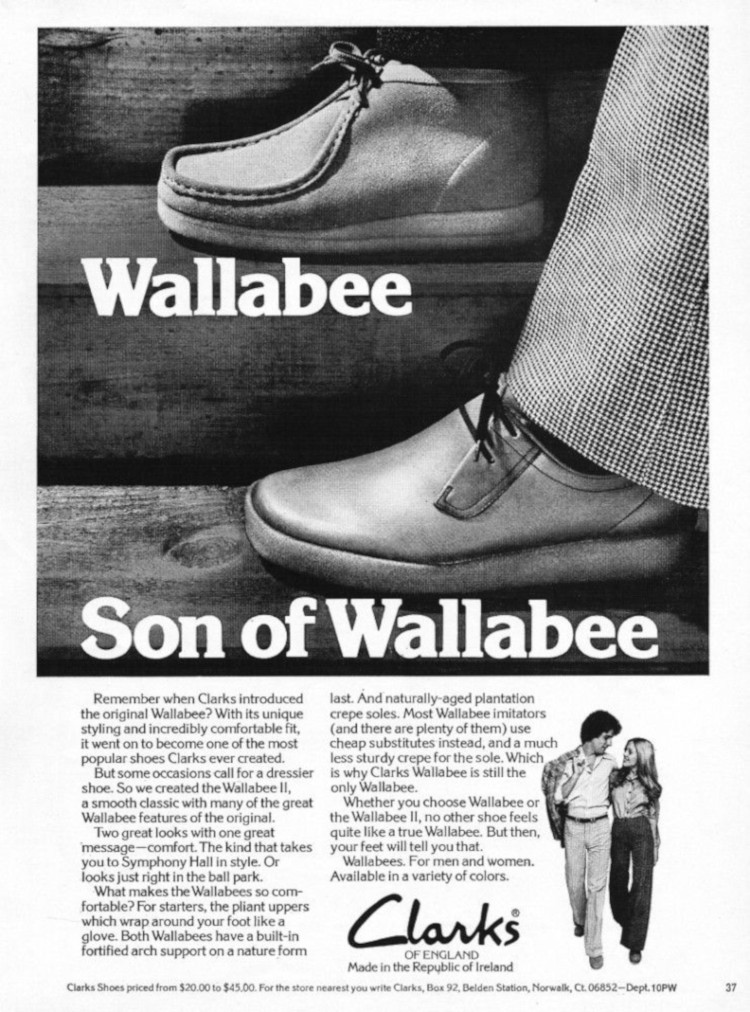 Above: An original advert for the Clarks Wallabee shoe from the 1970s.

Whilst the mods had their Clarks Desert Boots, it was the Wallabee style that really struck a cord with the new chemical generation of the late 80s and early 90s. Early ravers wanted comfort on their feet whilst moving in tandem to tunes like ‘JJ Tribute’ from ASHA, and with a strict no trainers policy, the Wallabee was the perfect shoe to dance in. Brands like Nicholas Deakins from Leeds in West Yorkshire started to cash in on the growing Acid House scene and the demand for crep soled wallabees spiralled. Clarks saw the growing trend and decided to re-introduce their original Wallabee, stamping their authority back on what was originally their shoe. The non conformist aesthetic and the almost hippy appeal of the 1960s born design would catapult the shoe back into the 90s with emerging talent and artists from Burnage to Brooklyn. 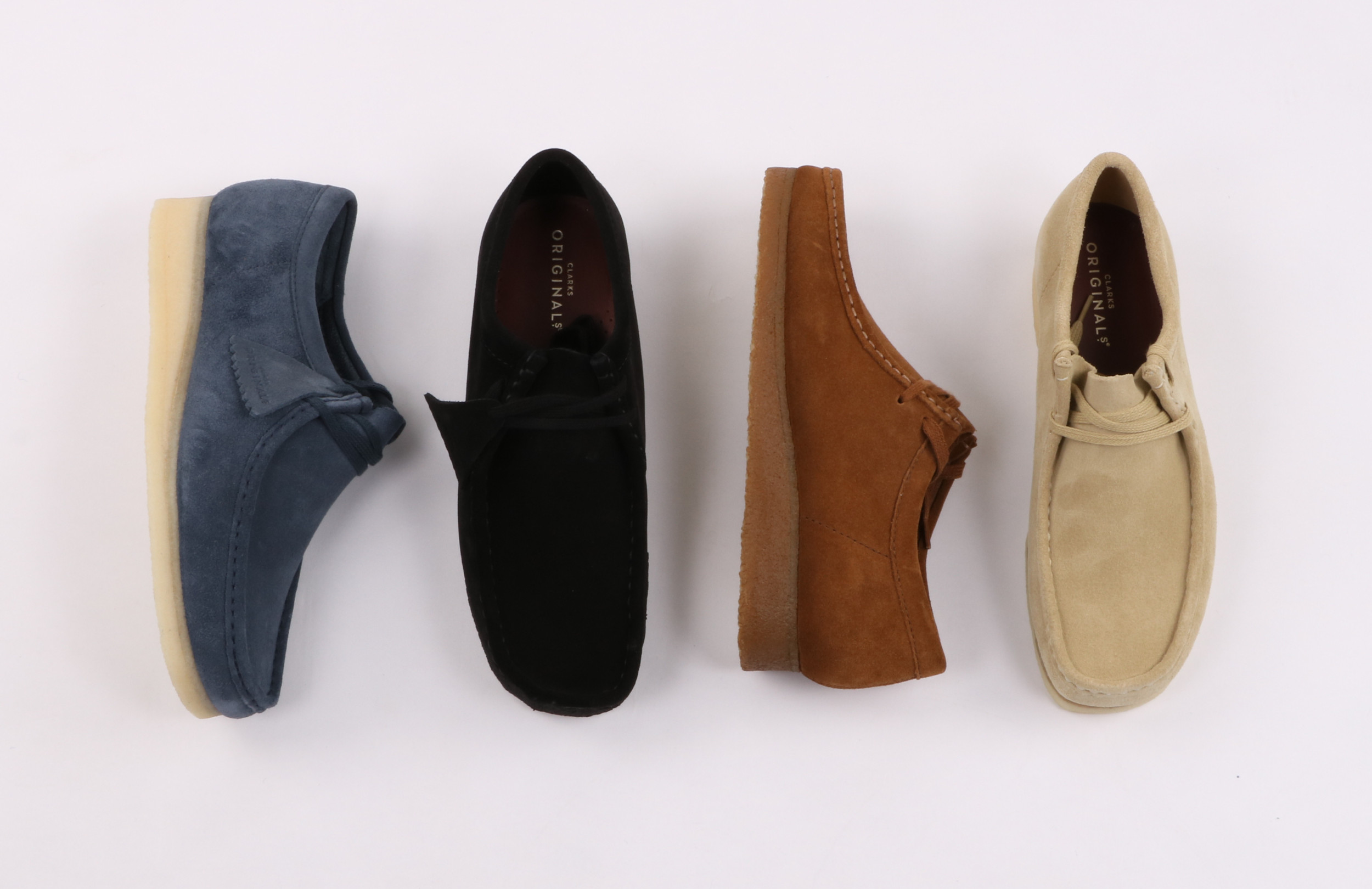 Above: The original and still the best, the Clarks Originals Wallabee in an assortment of colourways now available from 80s Casual Classics

As people in the UK were twisting their melons in clubs and dancing all night to the sounds of Roland drum machines, the Clarks Wallabee also found itself among the growing East Coast US hip hop scene of the early 90s. Brooklyn born rappers such as Ol’ Dirty Bastard & Raekwon from the Wu-Tang Clan were regularly seen wearing the shoe after their debut album Enter the Wu-Tang (36 Chambers) was released in 1993. The connection between the wallabee and the Wu-Tang would lead to numerous collaborations and even lyrics about the shoe in their songs. 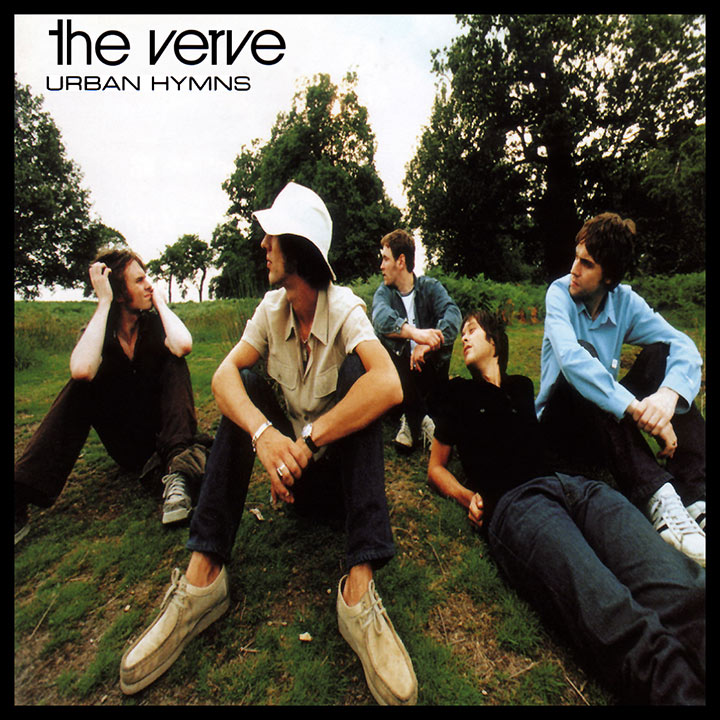 Above: Richard Ashcroft wearing a pair of Clarks Wallabees on the album cover for ‘Urban Hymns’.

Moving back to the other side of the Atlantic, the Wallabee was a staple style for the burgeoning Britpop scene in the UK throughout the 90s. Burnage born artists like Liam Gallagher have regularly being spotted wearing the shoe with Liam also making an appearance for his recent interview with the BBC wearing the latest Clarks Originals x Supreme Wallabee. It wasn’t just the Gallaghers however from the original Britpop movement that were seen Wallabee’d up. The Verve’s ‘Urban Hymns’ album from 1997 shows Richard Ashcroft wearing a pair of Clarks Wallabees on the front cover, a testament to the Wallabee’s musical and subculture connection to the era. 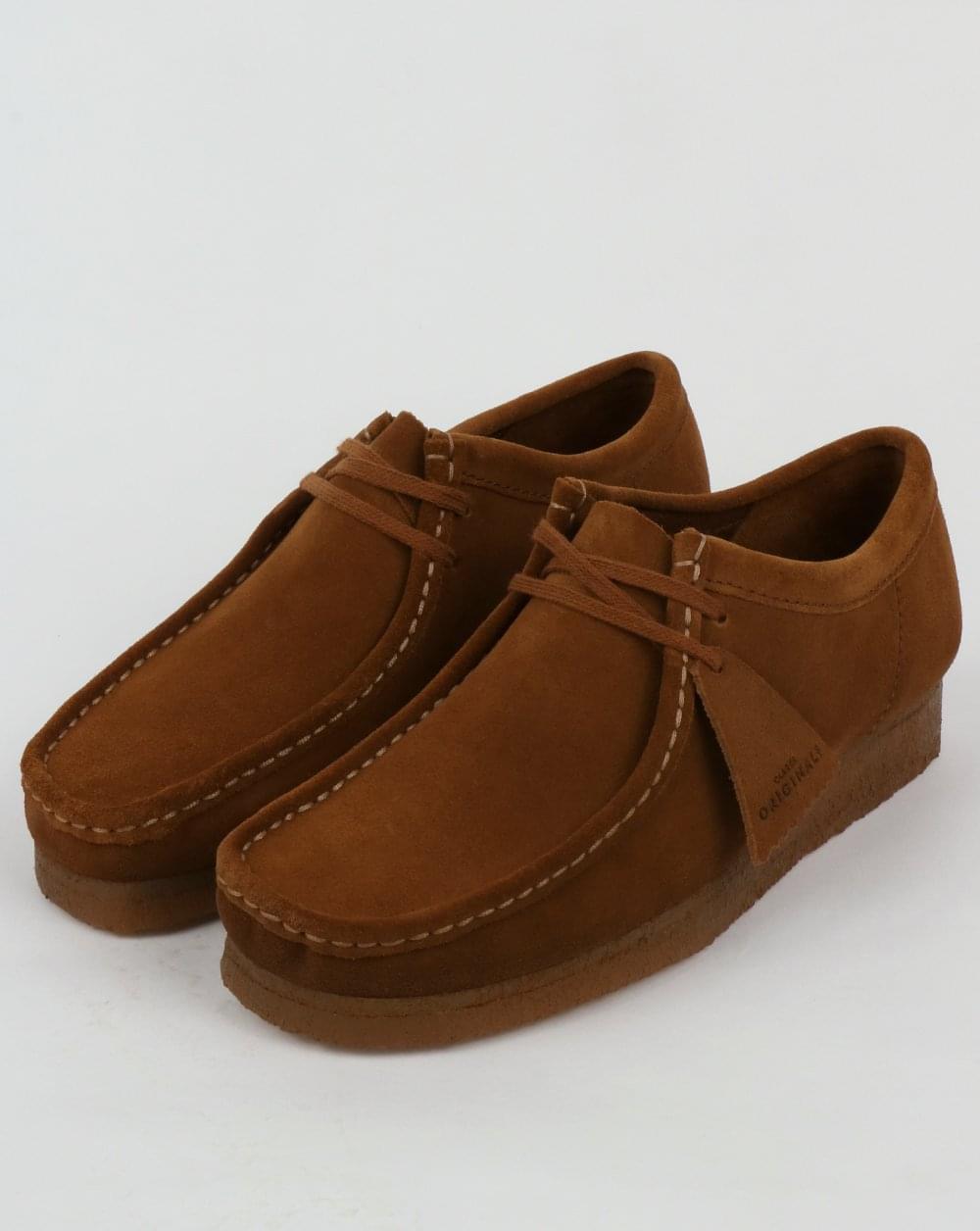 The Clarks Wallabee is now introduced to 80s Casual Classics with all its original easy going moccasin style. Features include the iconic crep cole with moccasin style suede uppers and the signature Clarks logo lace tag. We’ve got an assortment of colourways of the classic Clarks shoe which includes maple, deep blue and cola suede. We’ve also got the Weaver shoe which is a re-worked version of the classic Wallabee in an assortment of colourways such as cactus green and black. 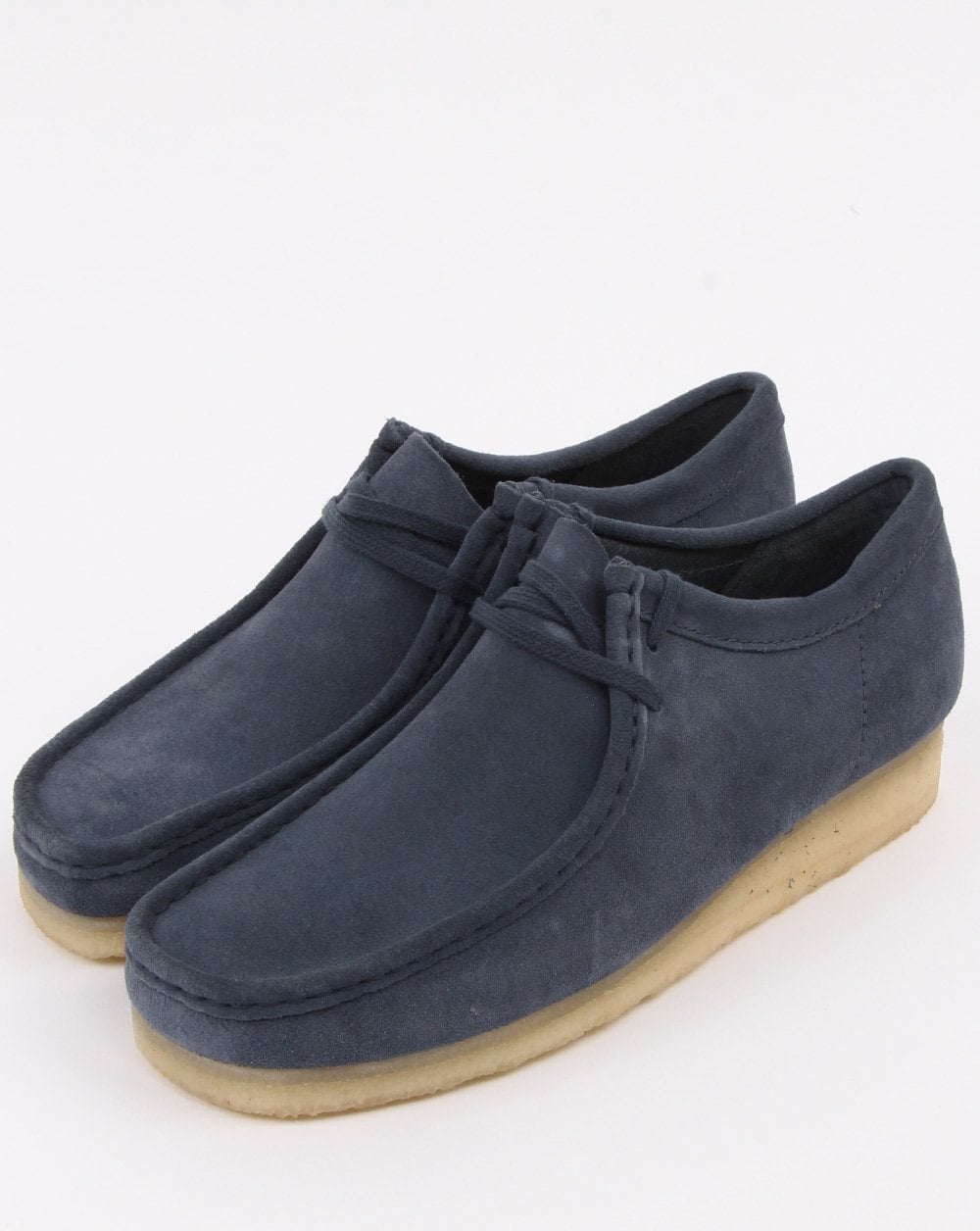 Above: The Clarks Originals Wallabee in maple now available from 80s Casual Classics.