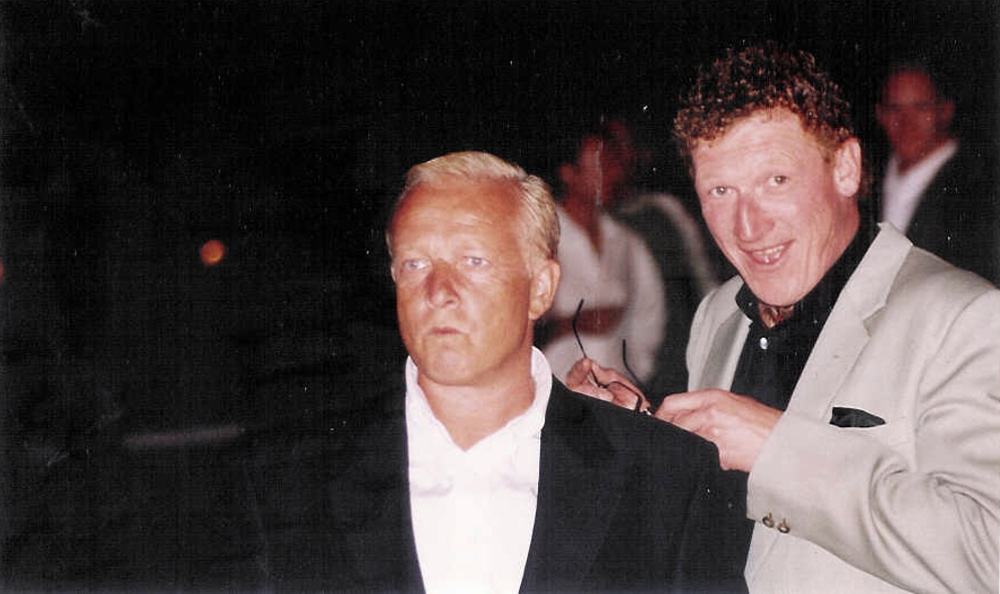 In our latest interview with Eddie Webber we talk about The Business, growing up in Bermondsey and his passion for chillies.

Those who have watched Nick Love’s The Business (2005) and The Firm (2009) will know the significance Eddie Webber has to both films. Just like Tamer Hassan, Geoff Bell & Danny Dyer, Eddie Webber has played a key part on the London circuit and cult British crime films portraying everything from a South East London gangster, Ronnie, in The Business, Dom’s Dad in the Firm, the prison guard in Cass and TV appearances on the likes of The Bill, Inspector Morse and Lock Stock the TV series to name a few. 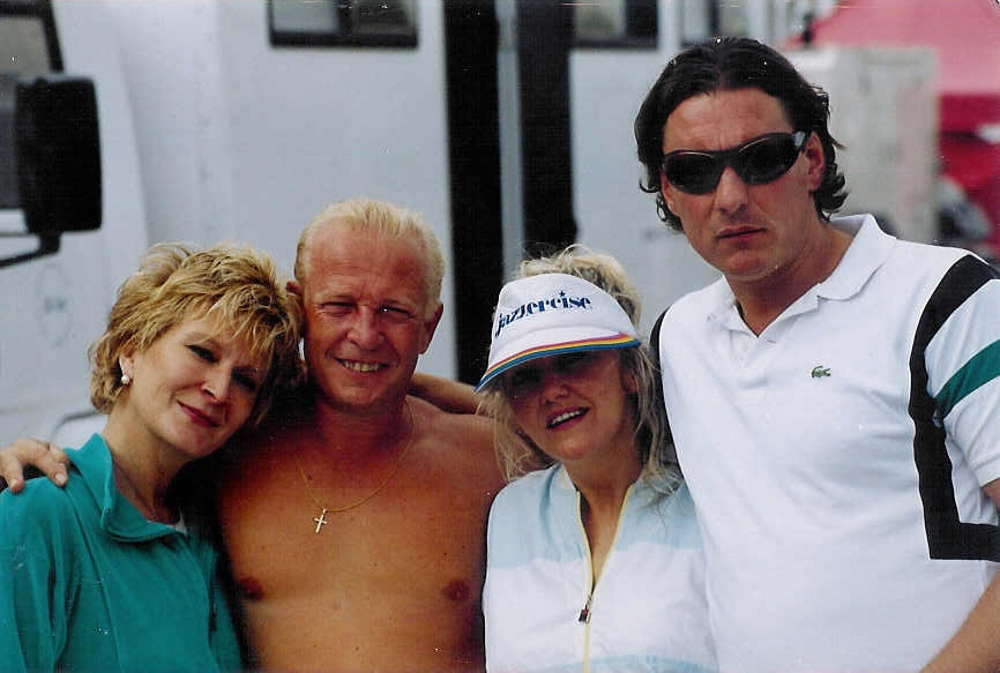 How did you originally end up getting involved with Nick Love for The Business in 2005 and what do you recall personally about the 80s era as portrayed in the film?

I was living in Spain at the time when the film was being bandied about. I ran into Tamer, who was on holiday out there, and he tipped me the wink. I managed to get hold of Nick and secure an audition for the part of Ronnie and that was that. I grew up in Bermondsey in the roaring 80s so was quite familiar with the South London criminals that the movie portrayed as many of them came from my plot, so it was home from home so to speak. I think part of the success of the film was its casting. Apart from Danny, we had all grown up on South East London council estates. I knew Geoff Bell and Roland Manookian before we became actors so that was quite helpful as we didn’t really have to take time to get to know each other and trust was already there, which I think is important for actors. Nick was bang on point with the portrayal of the era. He was ruthless in that everything in the film had to be authentic as Neil (80s Casual Classics) would know. It was the same with The Firm, nothing escaped his eye. I remember when we were filming The Firm, Nick had a proper fit about one of the rims on a can that was not right. It was in the scaffold scene with Calum – I can’t remember if it made the cut – I’ll have to check the film out again.

Which film did you enjoy working on the most between The Business and The Firm and what were the main differences?

They were like chalk and cheese really but I enjoyed working on The Firm the most as the football culture in the 80s was fascinating with the casual fashion and the military style tear ups between the rival fans. I am a Millwall supporter so the West Ham and Millwall clashes were legendary. I often talk to Cass about it all…pure madness. I think both films carried a message though. The Business is a ‘riches to rags’ story and the dangers of being involved in powders. When Charlie and the gang were fucking about with the puff, everything was moving nicely but as soon as they started touching the ‘nicky’ (powder), that’s when it all started to go to pot (no pun intended). The Firm also had a message. I remember talking to Nick about Bob, the character that I played, and we decided that we would try and overturn the stereotype myth that people involved in football firms come from dysfunctional families. Nick made it easy for us because it was all there in the writing and he let us run with our characters. Dom came from a loving family environment and only got involved with Bex down to a bit of peer pressure and wanting to be what he obviously wasn’t. I think The Firm was more of a social comment than The Business but, as I said, they both carried messages of sorts. They were great films to be involved in and I am grateful to Nick for trusting me with the parts which loom large in my career. 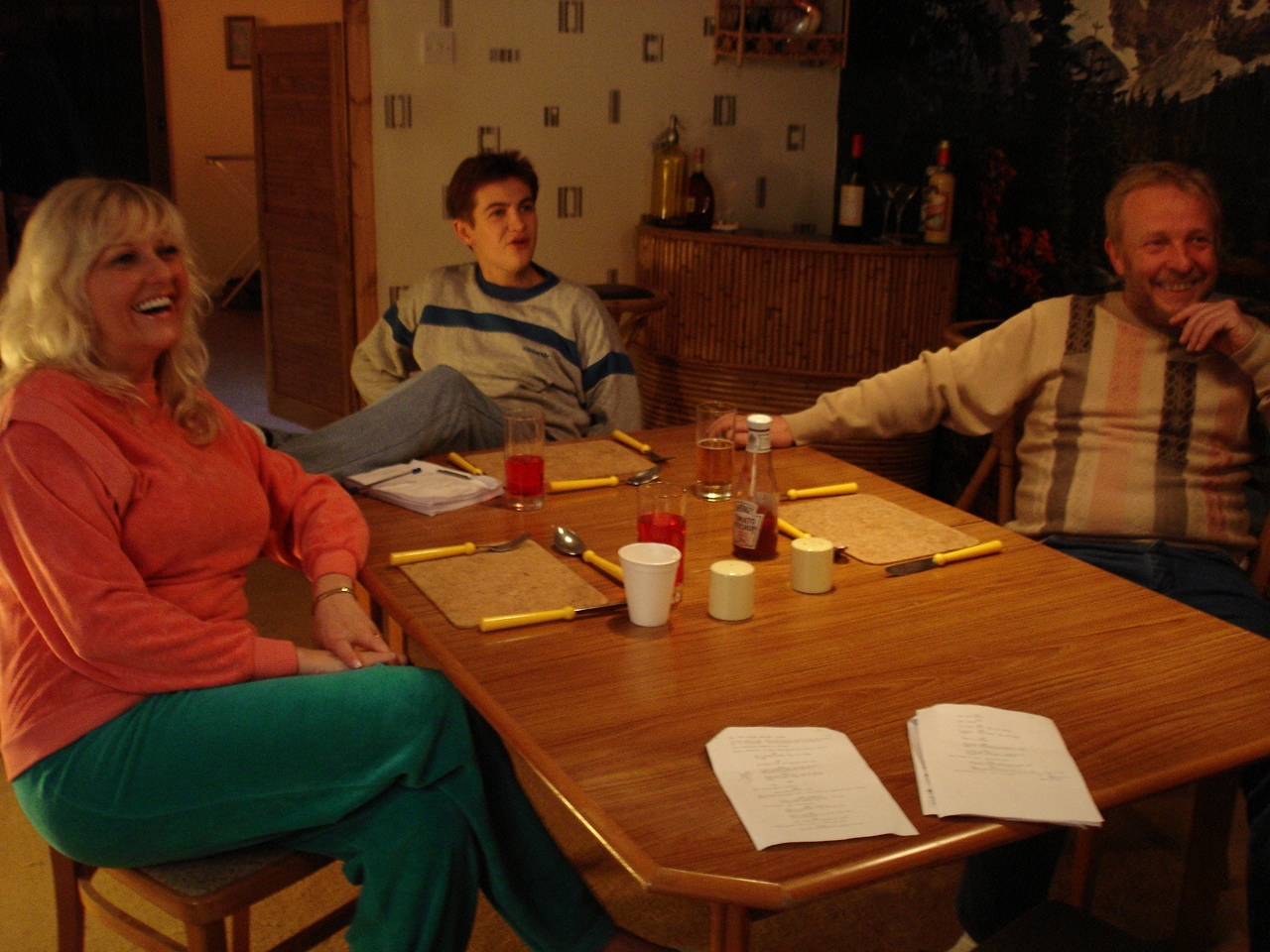 Tell us more about your new chilli venture and how it all came about?

My first real chilli experience was in Jerusalem, Israel, in 1987. It was there that an enterprising Arab market trader offered me a sample of one of his chillies. Coming from the flats of South East London, I had only ever tasted the chilli sauce you’d get in kebab shops at that time. I chomped naively into the raw, green, fiery beast and… bang…next thing I knew my insides and out were on fire. I tried to style it out but seconds later I crumbled to the floor, a tear-stained, shivering, western wreck. I ended up buying bottles of water from the geezer who gave me the green beast in the first place (enterprising or what). I have been a chilli fiend ever since. The ChilliEd website was created to make life a little easier for friends and like-minded chilli lovers to buy their chillies at a fair price, with a little bit of creative love thrown in for good measure. The chillied.co.uk journey started when myself and a friend were chatting about the inconvenience of buying hot, quality chillies these days and having to trawl through the endless product pages of chilli websites to find the ones we wanted. Both being chilli heads, we decided a simple, online chilli shop would be perfect and give us the chance to shout about them and their health benefits in chilli cyber space. It was never going to be a great money-making venture, just a way for people who love chillies to buy them simply.

There’s a rumour about The Business 2 on the agenda, how have you been involved with that?

I don’t know too much about that one, to tell you the truth. I think it was something Tamer was putting together but it should be made, if you want my opinion. I don’t know from what angle it would come from but anyway I’m out of the picture as there is obviously no coming back for poor old Ronnie, unless it is like JR Ewing in Dallas and it was all just Shirley’s dream. I think Sammy is out for the count as well unless he turns into a Marvel super hero. “Anyone ordered a cunt man?” What a classic line. I think a sequel could be good business though or bring the cast back in another movie, as we have not all worked together in a film since. Geoff, Roland and I have and Tamer and Danny have but not all together. 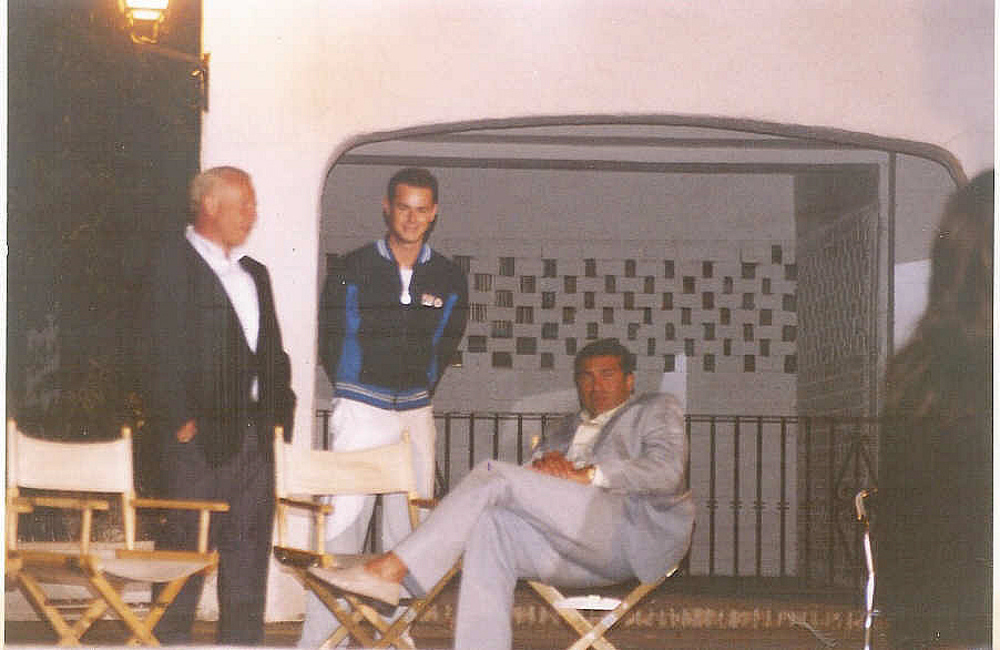 Above: Eddie Webber (left) on set for The Business with Danny Dyer (middle) and Tamer Hassan (right).

What else has been going on in the world of Eddie Webber for 2018?

I’ve just started a company called Reeltime.tv and we create showreels and eShowcards for actors. An eShowcard holds all the information that anyone in the industry needs to know about the actor at one click of a button. Once you work with us you will be part of the reeltime.tv community and we will do what we can to help actors move forward by sharing their showreels and eShowcards on our social networks and amongst our industry contacts. It’s all very ‘power to the people’ stuff. We have some great people supporting us like Ricky Grover, Keirston Wearing, Leo Gregory, Richard Campbell etc.. and we have put packages together for actors at a very reasonable rate. The eShowcard we are creating also connects to their social media, IMDb, spotlight, agent, showreel and voice reel and any other information the actor chooses to have up there. The link will be unique to the actor and the only people that see it are the people they choose to send the link to. It will make things a lot easier for actors to network online without having to copy and paste links all over the place and we feel will make agents and casting directors’ jobs a lot easier too. It’s not only for established actors, it’s also for actors starting out in the business who don’t have vast amounts of showreel content. We have some examples on our website on the eShowcard page. Myself and my business partner, Darren, who is an IT genius, are both actors at different stages of our careers, the benefit being that we know the difficulties that actors face at every level. If anyone wants to have a pipe and is interested, check out our website for more information reeltime.tv.

Some of your catchphrases from the Nick Love films are legendary, what are some of your personal favourites?

I don’t think I had too many in The Business but I love the moment when the gang decides to use a game of spuds to decide who is going to iron out the mayor, “One potato, two potato, three potato, four”. We all laughed at that one which led to many school anecdotes. “This is bollocks” comes up a lot and then there is Ronnie’s line about being lively as he has promised to take his kids to the beach. Another line that gets thrown at me from time to time is, “Shut up shop and fuck off back to Peckham”. The Firm was full of them. I like some of the lines when Bob is sitting round the table with his family, “Did you get any muff?”, “Is it a bird, is it a plane?”, “He looks like a bleeding post box”, Nick at his one-line best. 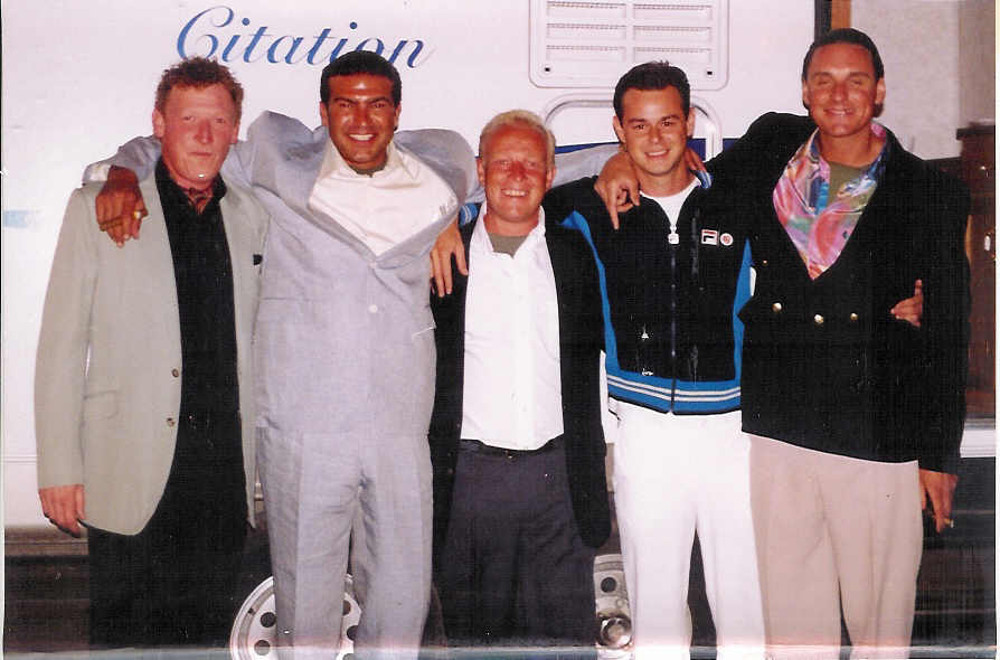 Give us some more info about any other recent projects you are working on for TV or Film?

I’ve come away from acting a bit and started to focus more on writing. I have a script called “Tough Tracks” that a film company is quite excited about and will hopefully be in production next year. I suppose it could be a Business 2 in a roundabout way:
A shipment of drugs gets delivered to an Arab terrorist cell in Spain headed by a known terrorist called TAMIR HADIN. At the same time, ALFIE TIBBS a British businessman gets arrested on a false passport at Gatwick. Through combined CIA and MI6 intelligence, it is seen that TIBBS is involved with HADIN who is about to wreak havoc on the Western world with a pretty outlandish act of terrorism. HADIN disappears off radar which is a bit of a headache to the combined security services and to add to it, TIBBS escapes from prison with the help of his cell mate VICTOR WASHINGTON. They both head to Spain where the terrorist conspiracy unfolds. Chuck some Russian mafia and a bit of Basque in the mix and that’s “Tough Tracks”. It’s very old school.
I have also secured a publishing deal for my autobiography called ‘Hi Diddle-Dee-Dee’ which will be out early next year so, coupled with Reeltime.tv, hopefully 2019 will be a productive year.

Finally what’s your favourite type of sportswear/style from the 80s etc?

I was and still am fond of adidas, Fred Perry and a bit of zip up Fila!

You can keep up to date with all things Eddie Webber related and new film projects etc on twitter @agoodeyedeer.