X
This site uses cookies to provide and improve your shopping experience. If you want to benefit from this improved service, please opt-in.
More Info
Accept Cookies
80's Casual ClassicsGarmentsClassic Chevignon Styles And Everything You Need To Know About Togs Unlimited
Menu 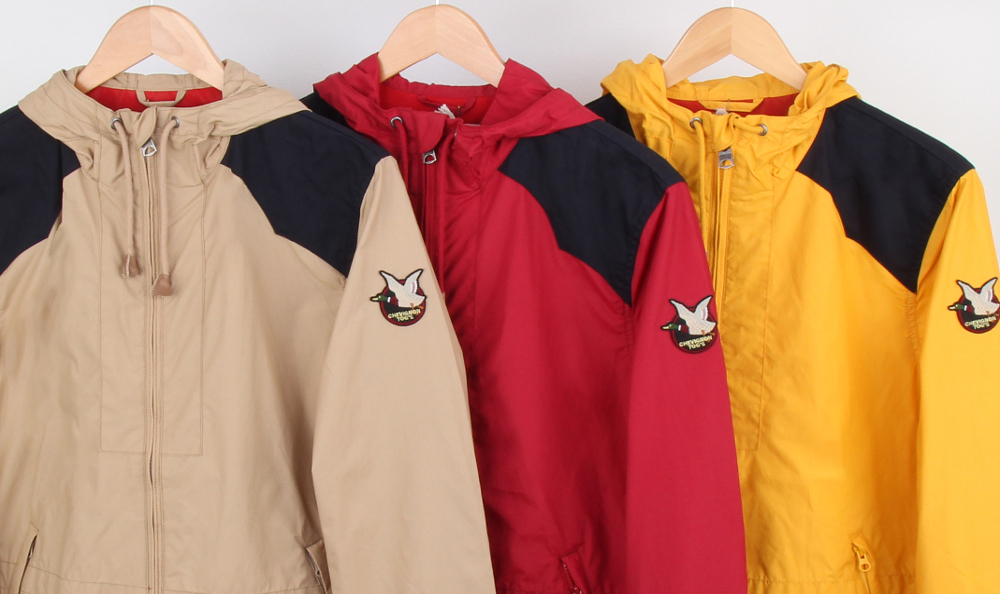 Chevignon are a French brand we have been working closely with at 80s Casual Classics over the last 12 months. A brand that has been on our radar now for a while, not only being known as solid outerwear label but also with close connections to youth culture and the late 80s and early 90s rave scene. The iconic Togs Unlimited duck logo became a common sight across rave events as well as also being seen on the backs of outerwear fanatics of the era. Originally founded in France in 1979 by Guy Azoulay, the brand took inspirations from classic American Air Force pieces, becoming known as a quality outerwear label throughout the 80s with robust leather bomber jackets and their famous puffa style down jackets. A brand still held in high regard by the original wearers of the era, Chevignon is now introduced to 80s Casual Classics with a full range of sweatshirts, t-shirts, polo shirts, shirting and outerwear. 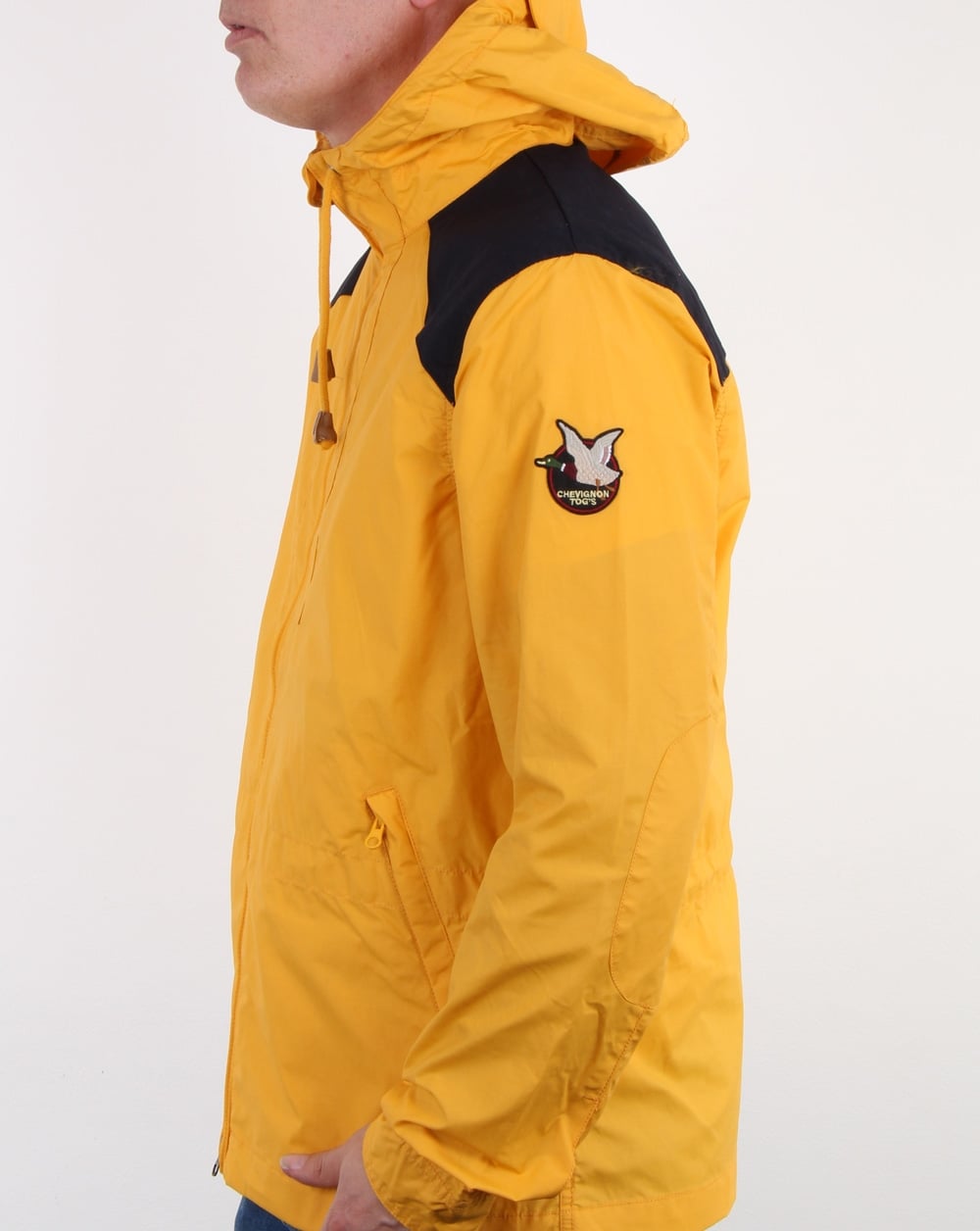 Above: The Chevigon Lake Jacket in a bold yellow colourway.

We have now introduced some original archive prints and designs from the iconic French label to 80s Casual Classics. Highlights of the latest season include the Lake Jacket in a classic hooded windbreaker style available in some striking colourways such as chili red and yellow. Features include original Chevignon archive inspiration with the iconic Togs Unlimited duck logo embroidered to the left sleeve alongside a peaked hood, reinforced elbow patches and contrasting yoke detailing in black to the shoulders. 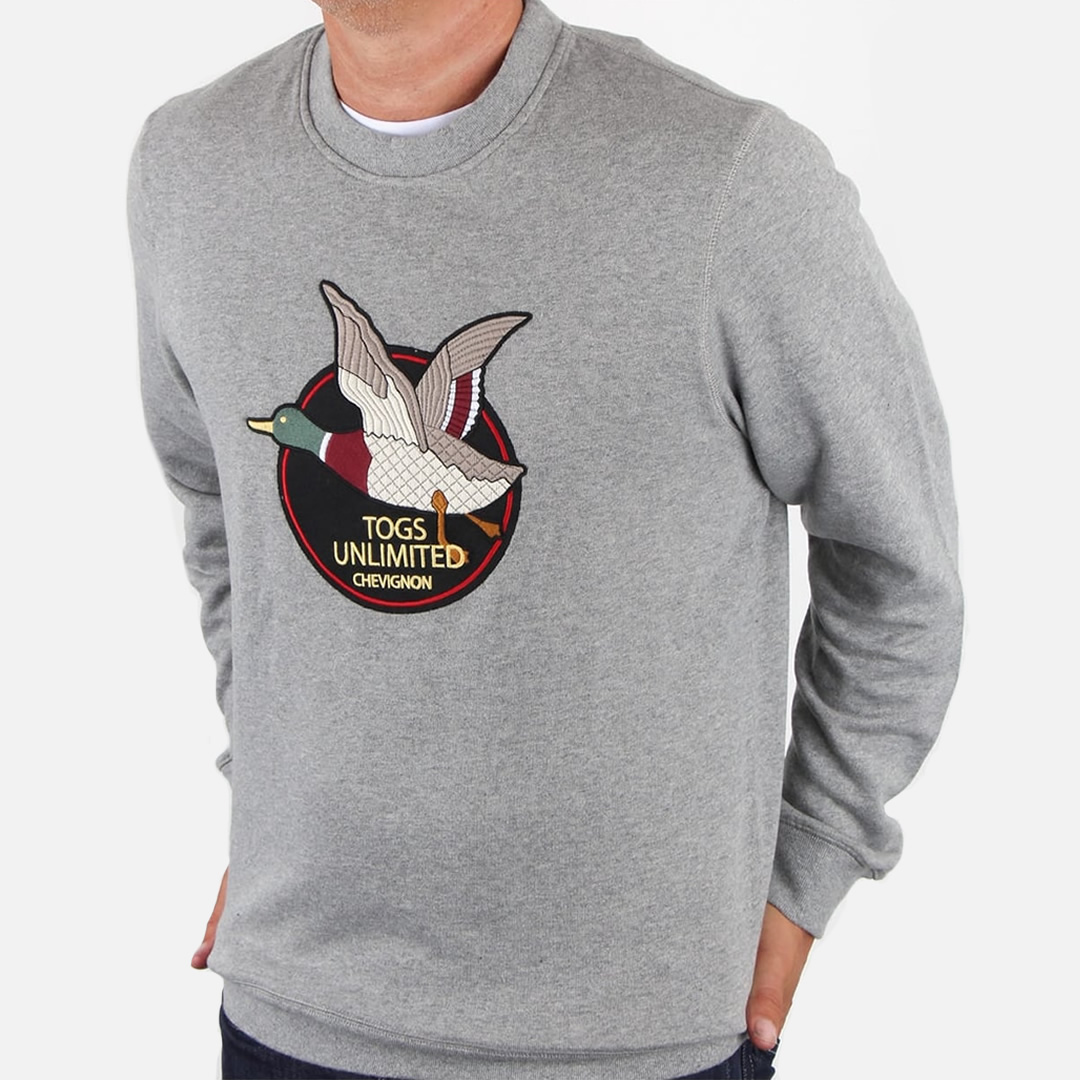 Above: The Chevignon Unlimited sweatshirt in grey marl.

Other highlights from the latest collection include the Unlimited sweatshirt made from 100% cotton for comfort and everyday wear. Features include the Togs Unlimited duck logo embroidered to the front giving a nod to the old skool with ribbing to the cuffs, collar and hem. We’ve also got this staple Chevignon piece available in an assortment of colourways including navy, burgundy and olive green.