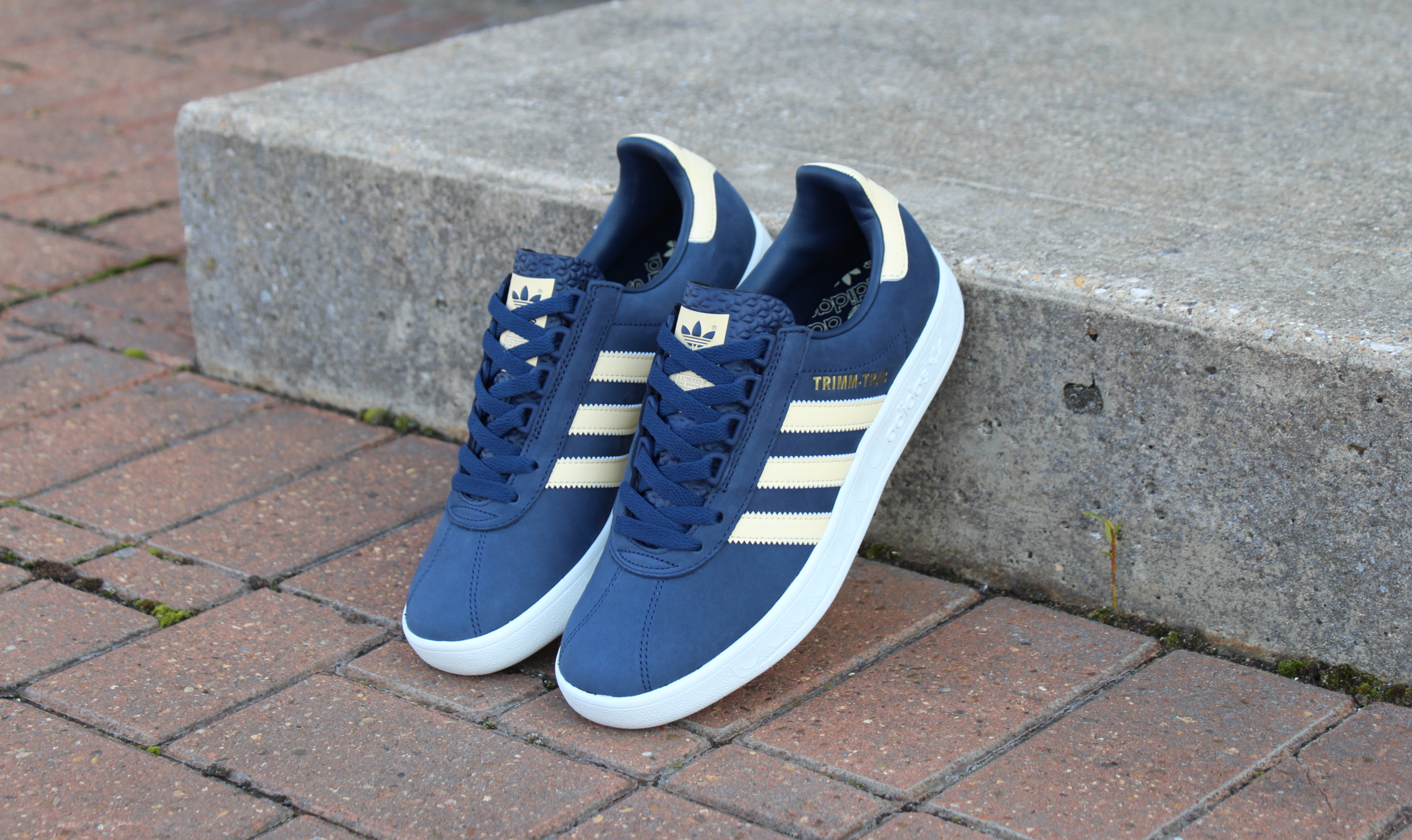 The treasured 3 stripes trainer, the adidas Trimm Trab, is now treated to a very special re-release for 2019

If you had to name a handful of the most favoured adidas trainers from the late 70s and early 80s the Trimm Trab will always get a mention. Possibly one of the most popular 3 stripes trainers that embraced the ‘casual connection’, the Trimm Trab quickly became the footwear of choice for young casuals across the North West. Its popularity soon spread to the rest of the country thanks to adidas importers and a soaring demand for the 3 stripes athletic shoe. Just like a lot of the big European ‘sneaker’ stores sourced their limited edition styles from the US back in the 90s, the 80s was no different when it came to sourcing the latest trainer trends. The Trimm Trab was originally only available in Germany and other parts of Europe after its release in 1977, meaning if you wanted the shoe you had to go direct to the source. Wade Smith from Liverpool saw how other sportswear stores were cashing in on the new ‘casual’ trend and took his own initiative importing styles like the Trimm Trab direct from Germany to the new casual consumers of the North West. Smith reportedly sold 110,000 units of the Trimm Trab alone throughout the 80s, a testament to the shoes popularity. 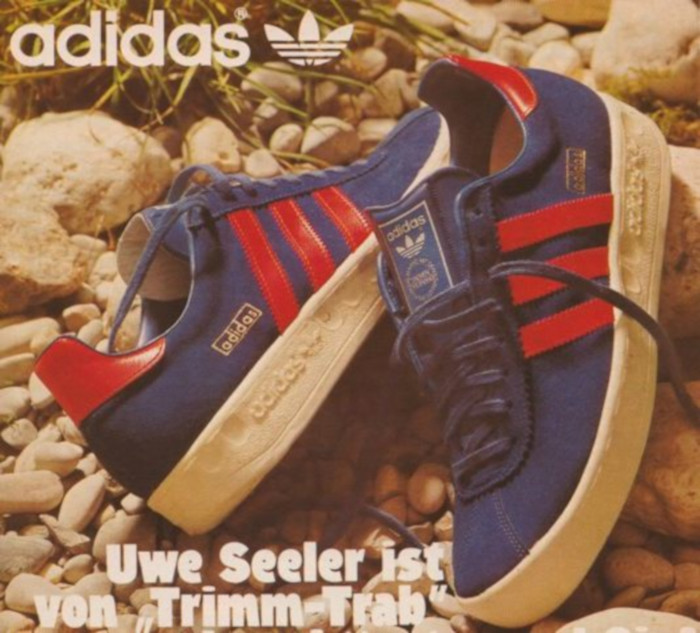 Above: Uwe Seeler is from “Trimm-Trab”, an original Trimm-Trab advert which references the German footballer Uwe Seeler.

Blur’s ‘Trimm Trabb’ song from 1999 highlighted the cultural significance of the TT with lyrics like “I’ve got trimm trabb like the flash boys have”. A dressers favourite, the Trab was originally designed for athletic training. Like the majority of classic 3 stripes styles from the original casual era, performance and athletic function were the driving force of their popularity. The sportswear revolution of the 80s cemented styles like the Trimm Trab into casual folklore and terrace toe toggery for generations to come. The trainer has seen numerous re-releases over the past 40 years playing on the heartstrings of its original wearers and the next generation of 3 stripes fanatics. Similar in appearance to the original München trainer the Trimm Trab also featured a thick white sole unit with suede uppers and contrasting 3 stripes. Its no fuss design, popularity and sales volumes alone puts the shoe in its own top tier league of casual footwear. 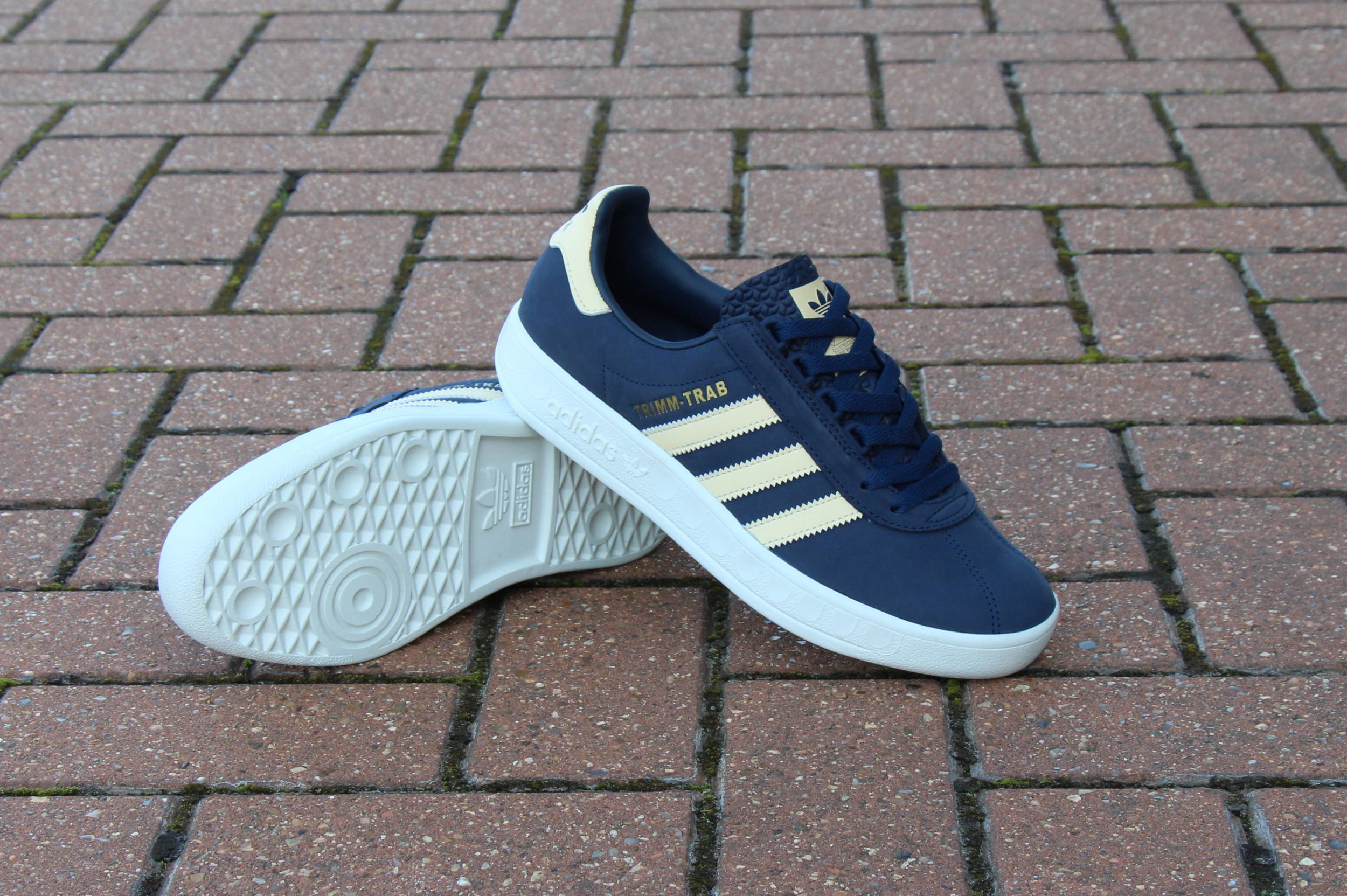 The Trimm Trab trainer now makes its grand return to 80s Casual Classics with a global re-release of the popular casual style. Features include soft nubuck uppers in navy with contrasting 3 stripes and heel tab in easy yellow as well as the signature thick white midsole. The classic trainer is finished off with a dimpled tongue alongside ‘TRIMM-TRAB’ in gold foiling to the sides. Available to pre-order now from 80s Casual Classics for September 2019 delivery. 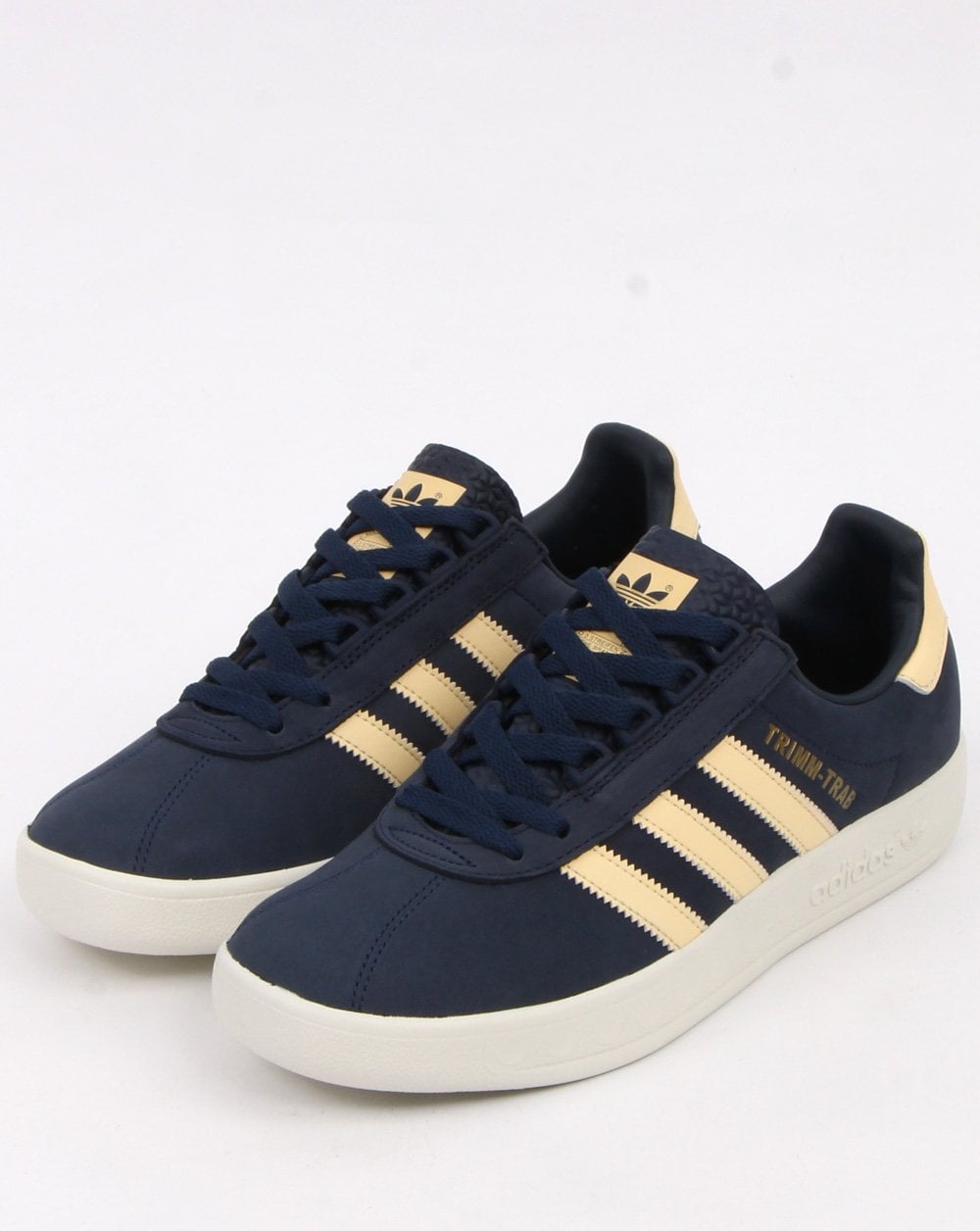