X
This site uses cookies to provide and improve your shopping experience. If you want to benefit from this improved service, please opt-in.
More Info
Accept Cookies
80's Casual ClassicsTrainersA 3 Stripes Legend: The Return Of The Rom
Menu 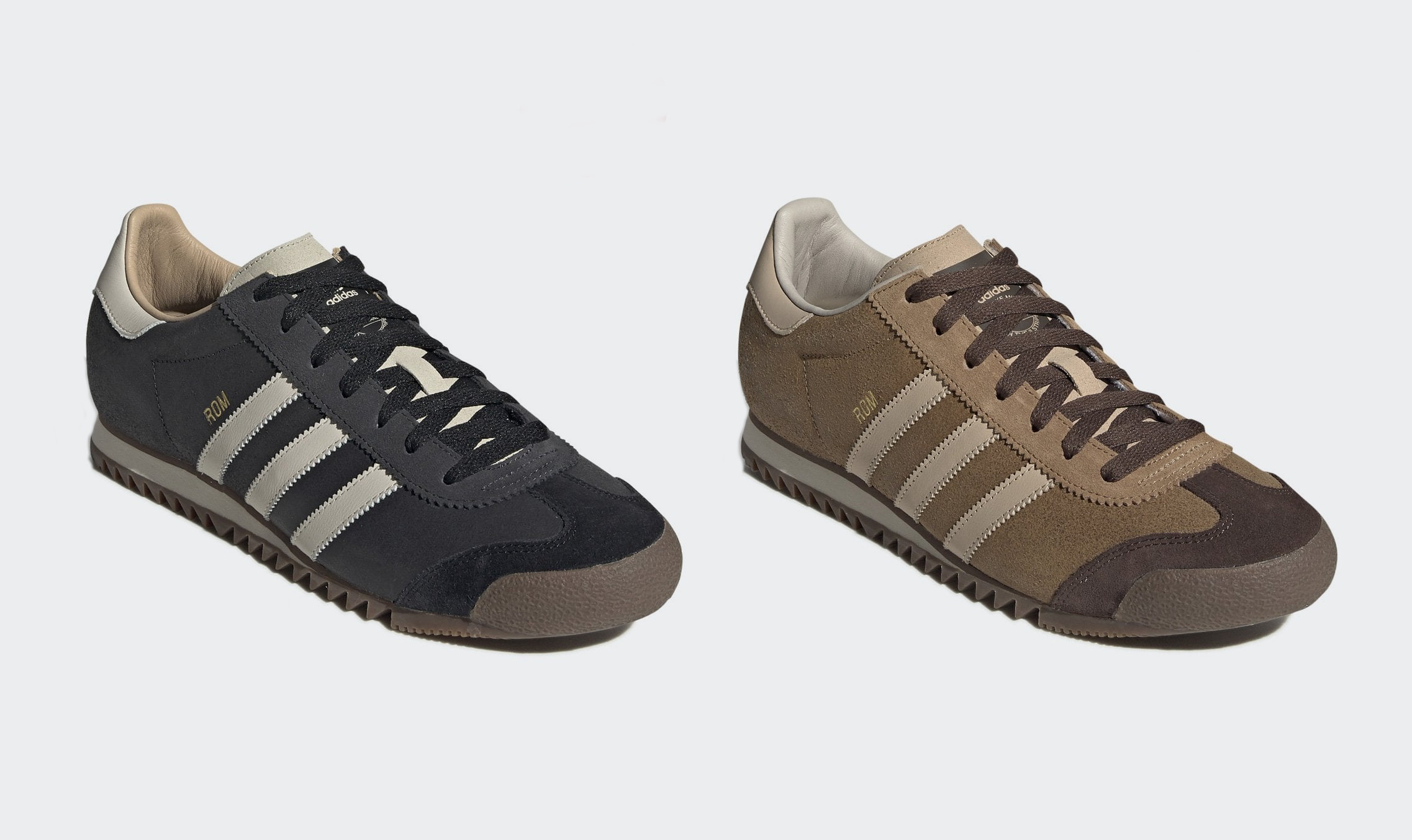 A 3 Stripes Legend: The Return Of The Rom

The adidas Rom trainer gets treated to a seasonal Chile 62 colourway inspired update.

The world of adidas trainers is crazy when you think about it. Never mind some of the resale values of the original vintage styles that are still in mint condition, but some styles are now 60 years old! In an ever changing world or trainer innovation, trends and styles, it’s still the original adidas styles that trainer enthusiasts want with OG styles like the adidas Rom trainer just about as ‘OG’ as you can physically get. The story of the Rom goes all the way back to 1959, after Adi Dassler had split with his brother Horst to focus on his own 3 stripes label and had already introduced styles like the Samba for foul weather football training. Another training focused style, the adidas Rom was initially introduced as an ‘all round’ training shoe for the 1960 Rome Olympics with great reception. The original design had all the original Adi Dassler trademarks such as leather uppers, a suede T-toe overlay and of course the now iconic 3 stripes. A classic style that would go on to inspire other 3 stripes running silhouettes like the adidas Gazelle, the Rom now celebrates its 60th anniversary. 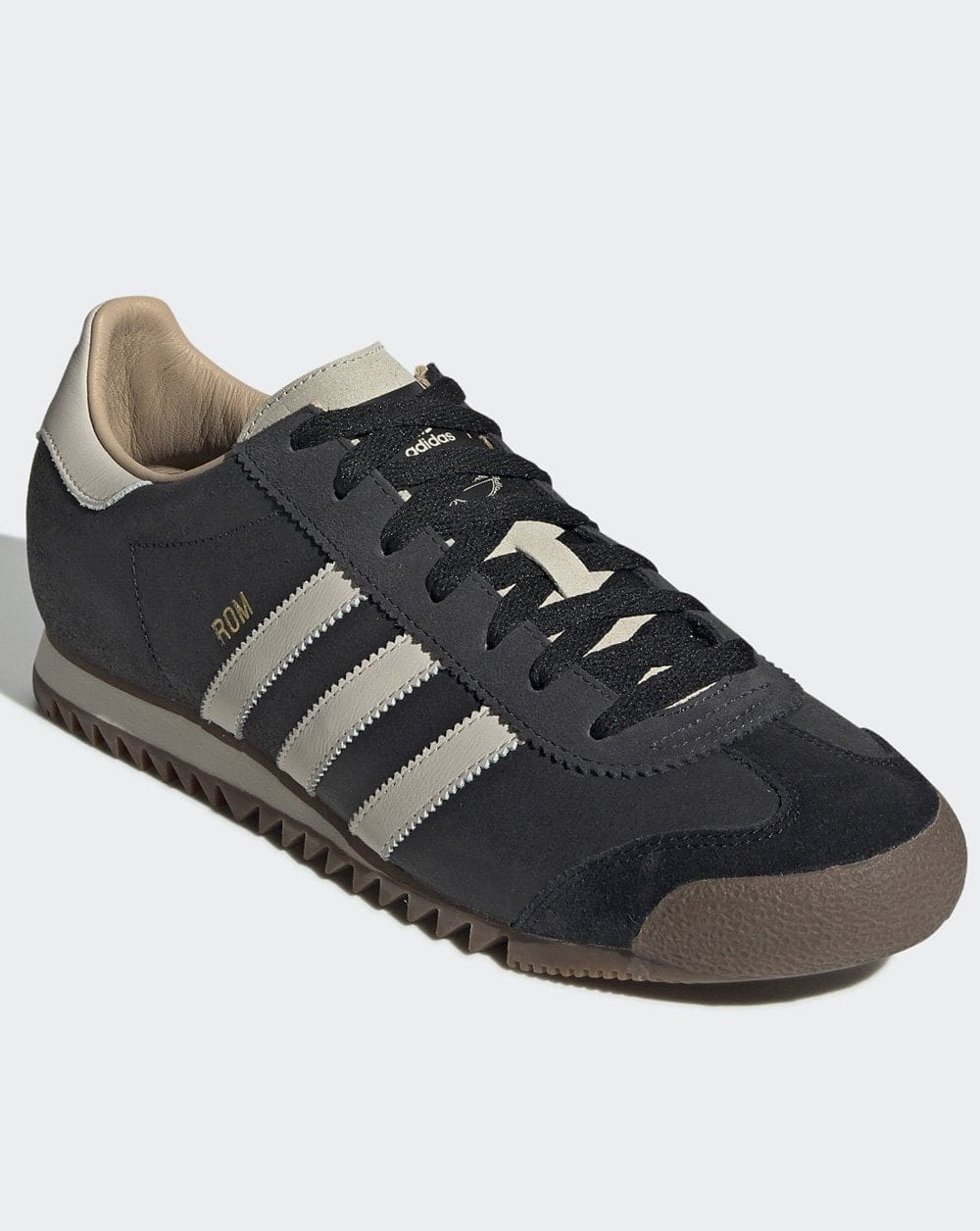 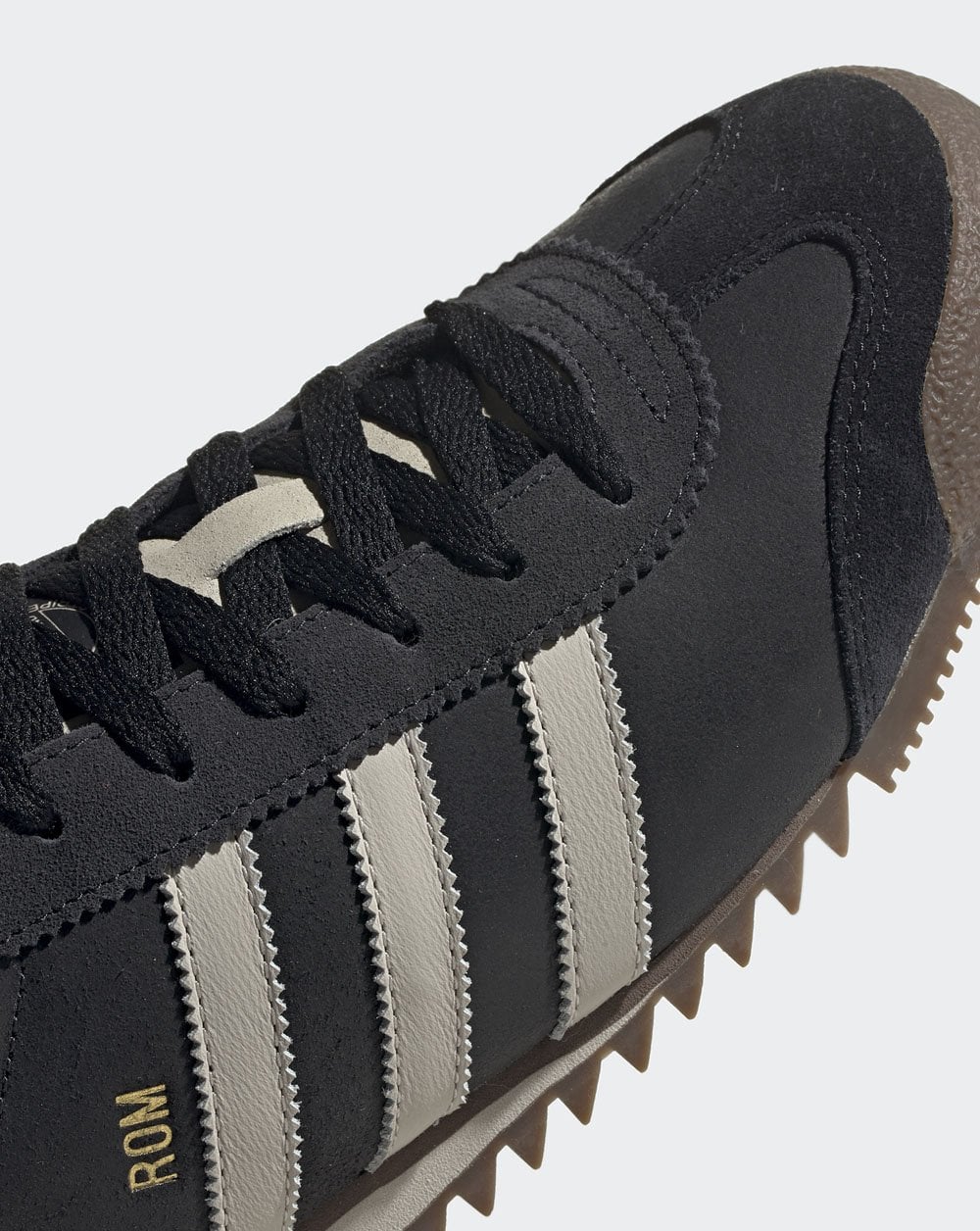 Above: The adidas Rom trainer in carbon/clear brown now available to pre-order from 80s Casual Classics.

Like the majority of classic adidas trainers, it was the original casuals who re-introduced the Rom to a new sportswear mad subculture. The ridged sole trainer was re-released in 1979, at a time when 3 stripes fever was sweeping the nation, and one upmanship had come out in full ‘casual’ swing. Although the Rom had been something of a hit throughout the 1960s it was the casual connection and late 70s re-release that has made the Rom one of the most collectible and sought after adidas trainer styles of all time. The 80s saw numerous versions of the Rom such as an exclusive ‘Made in France’ flat sole version as oppose to the traditional traction inspired ridged outsole of the original model. As new trainer styles come and go, the Rom is just as important to modern day trainer culture 60 years after its original release. 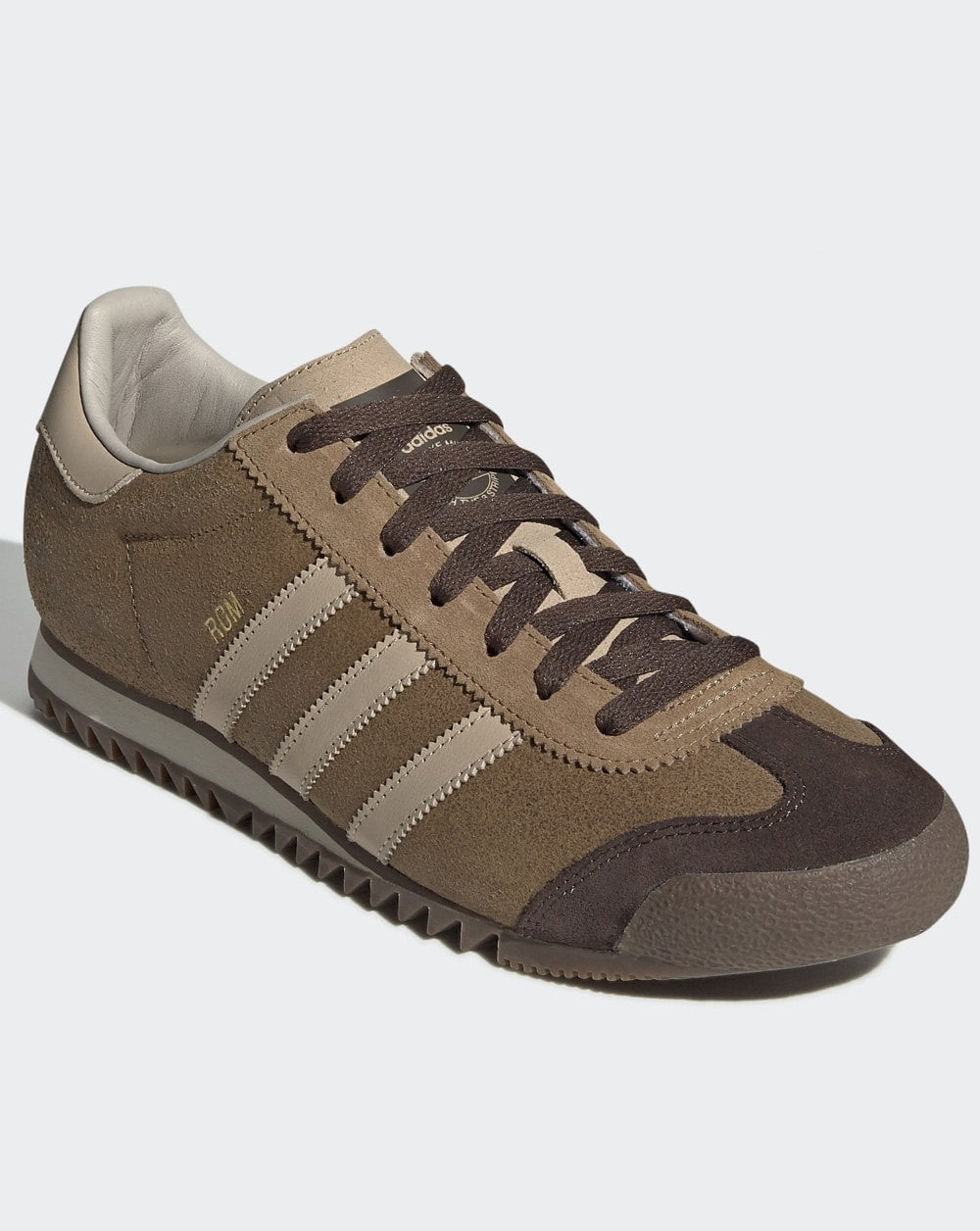 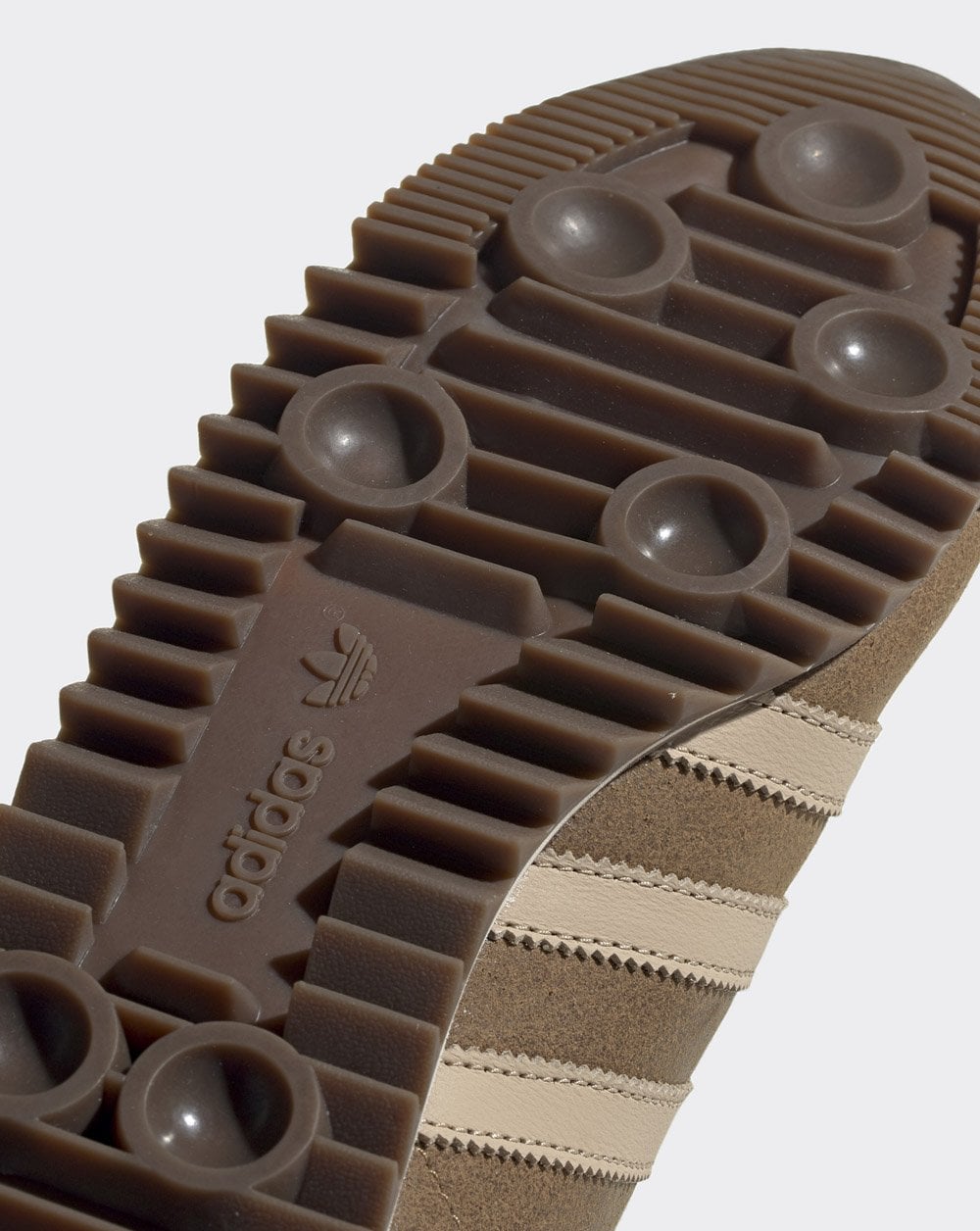 Above: The adidas Rom trainer in light brown now available to pre-order from 80s Casual Classics.

Now re-introduced to 80s Casual Classics, the adidas Rom returns to its spiritual trainer home. Introduced in some updated Chile 62 inspired colourways as oppose to the traditional white/blue version, the latest iteration features premium suede uppers with contrasting 3 stripes to the sides. With classic brown and black colourways inspired from the adidas Chile 62, another OG adi style which was originally introduced for the World Cup in Chile. Other features of the re-release include a suede T-toe for that classic Rom aethestic alongside trefoil branding to the heel tab and tongue. The Rom is finished off with a gum herringbone sole unit and of course the iconic ridged outsole. A must have 3 stripes style for any serious adidas trainer collector, the adidas Rom is now available to pre-order for November 2019 delivery.