X
This site uses cookies to provide and improve your shopping experience. If you want to benefit from this improved service, please opt-in.
More Info
Accept Cookies
80's Casual Classics80's CC Nostalgia“At Last! The Shoe That Fits More Than Your Foot”
Menu 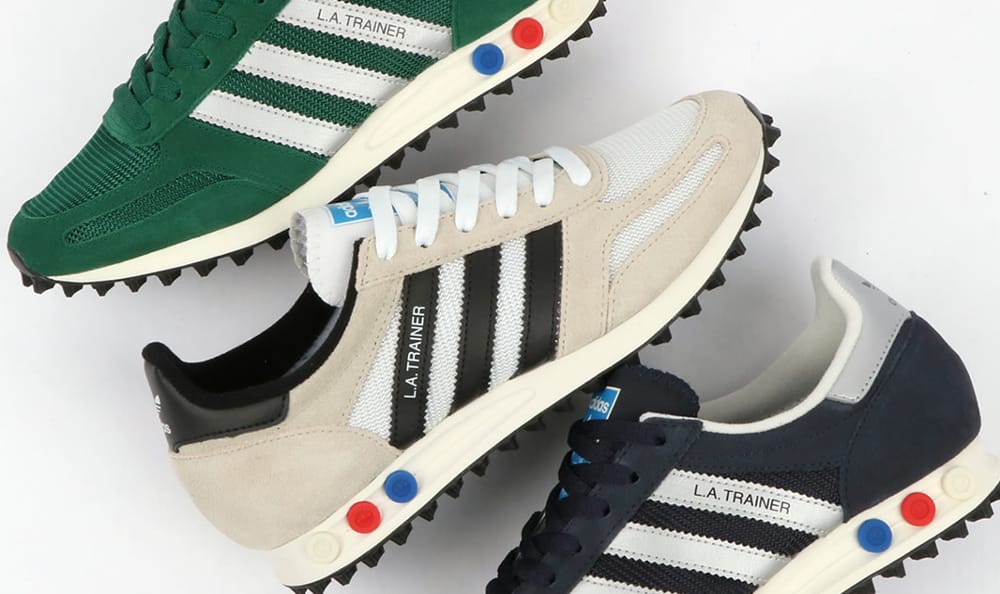 “At Last! The Shoe That Fits More Than Your Foot”

The adidas Los Angeles trainer revolutionized the world of running and quickly became an all time 3 stripes classic and collectable.

The adidas Los Angeles trainer made its debut in 1984 in celebration of the 1984 Olympics. The adidas trainer was one of the first of its kind in the world of athletic footwear earning its ‘stripes’ on the tracks as well as the terraces with the original casual movement and sportswear fanatics of the 80’s. The trainer revolutionized sole technology with its shock absorption system utilising 3 rods, although more commonly referred to as pegs. The peg shock absorb system was introduced to maximize trainer stability, support and comfort for different types of athletes being able to finely tune the trainer to their own preference, almost like a musical instrument. The innovative trainer technology allowed runners to quickly change the level of cushioning for different types of surfaces, trails and tracks. The vario absorption sole system started with the adidas Los Angeles and went onto feature on other 3 stripes classics such as the Kegler Super and the Grand Slam which were also released in the 80s trainer heydays. 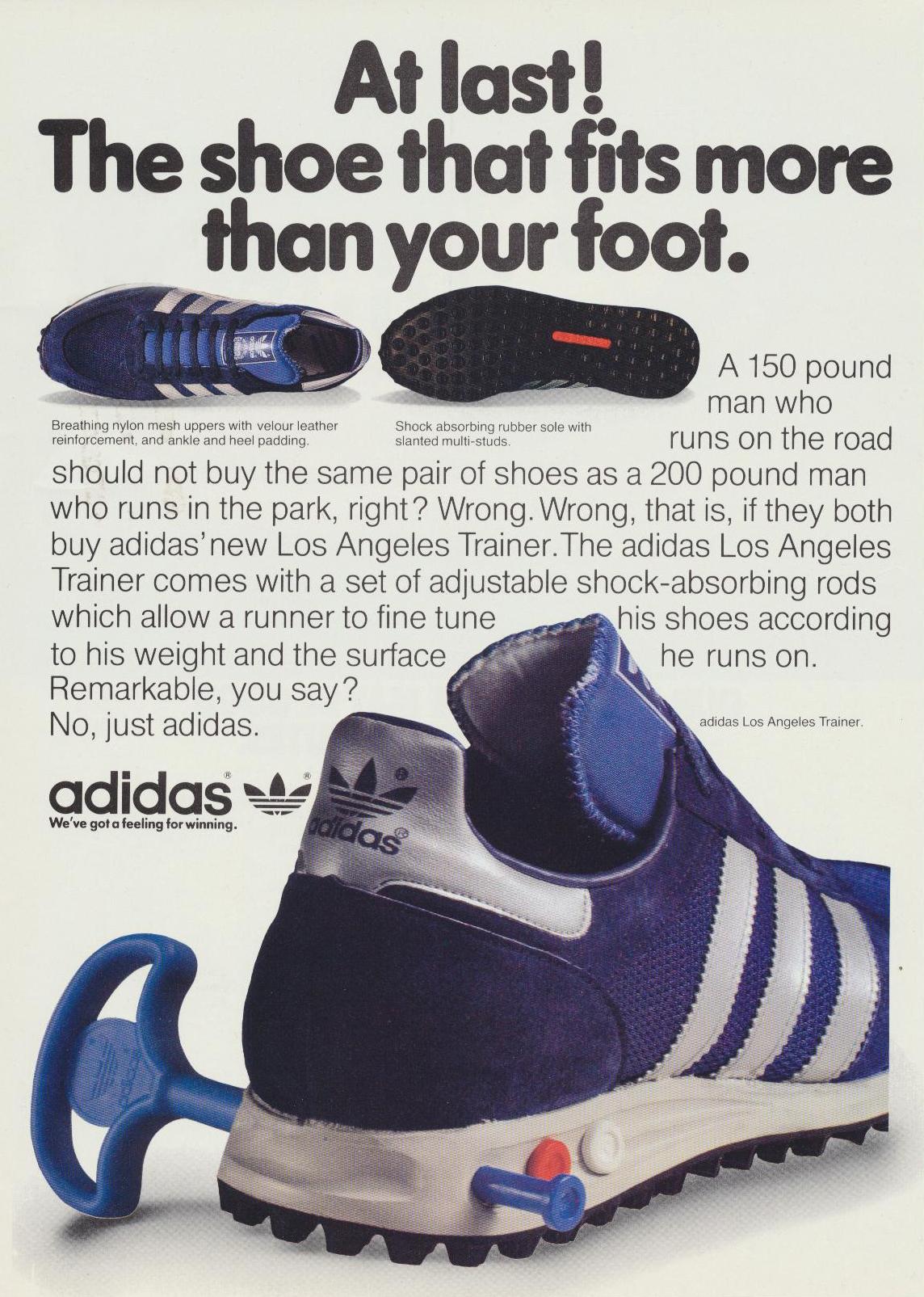 After a lot of ‘sole’ searching and desirability of the original Los Angles trainer from 3 stripes collectors, adidas Originals re-released the trainer in 2016 in OG format. The original 80s all weather style is now back with a bang featuring all the classic running traits from 84′ including the iconic peg sole unit and nylon mesh detailing for added breath ability. After the initial re-release of the Los Angeles, the trainer is now highly regarded as one of the best styles to make its way back from the vast 3 stripes archive.

We’ve got a great selection of colourways available of the highly sought after 3 stripes silhouette at 80s Casual Classics including classic colours such as green, navy, white and red as well as the introduction of new colours such as St Major green (khaki) and off white. Each trainer comes in OG 80s format with all the classic Los Angeles characteristics with mesh and suede uppers, the signature peg system sole unit and trefoil branding to the tongue. The running track grip to the outsole will also keep your feet firmly stuck to the ground with the Los Angeles making an ideal pair of casual winter trainers for the those foul weather days. 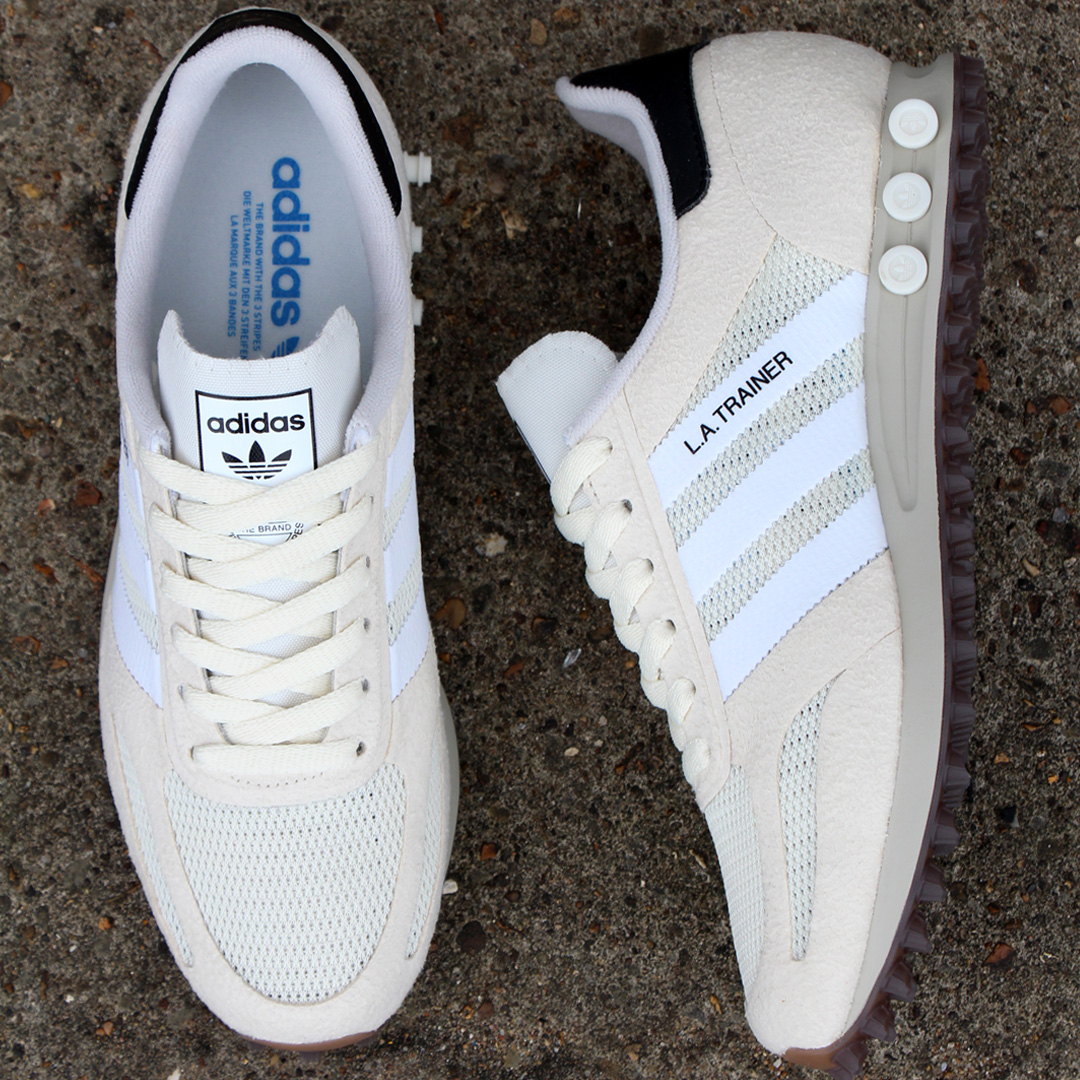 Above: adidas Los Angeles trainer in off white.

You can check out our range of the adidas Los Angeles trainers and all of the products featured in the post now at: