X
This site uses cookies to provide and improve your shopping experience. If you want to benefit from this improved service, please opt-in.
More Info
Accept Cookies
80's Casual ClassicsTrainersStripes, Suede & Supermodels: The adidas Gazelle Is Back!
Menu 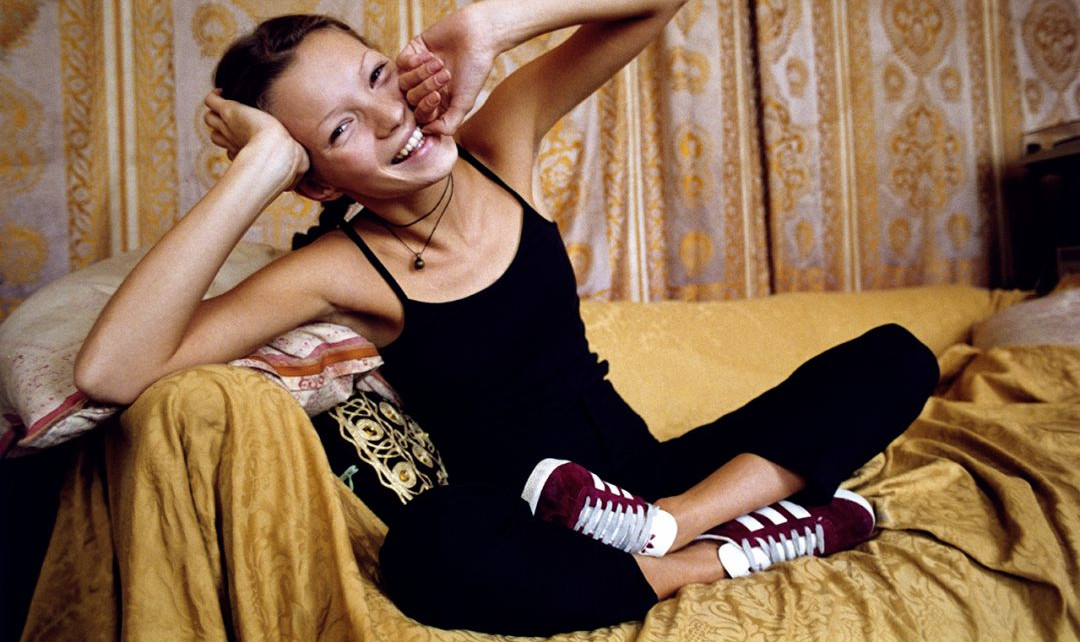 Stripes, Suede & Supermodels: The adidas Gazelle Is Back!

Just like a lot of the classic adidas trainer styles the Gazelle has seen its fair share of celebrity endorsement over the last 50 years from Kate Moss to Mick Jagger to Jamiroquai’s Jay Kay.

A trainer legend in itself, the adidas Gazelle earned its ‘stripes’ becoming one of the first super suede styles from the German sportswear brand. When speaking with Complex about the re-release of the adidas Gazelle back in 2016, adidas SPEZIAL’s head curator Gary Aspden recalls “We called shoes like Monaco, Madeira, and Samoa the ‘poor man’s Gazelles,’ as they had suede uppers but were a fiver cheaper than the Gazelle, Gazelle was the shoe everyone wanted”, when looking back at his youth in the North West back in the early 80s. Although it was born in the 1960s it was the 80s when the trainer really started to connect with different subcultures moving away from just a lightweight performance training shoe. 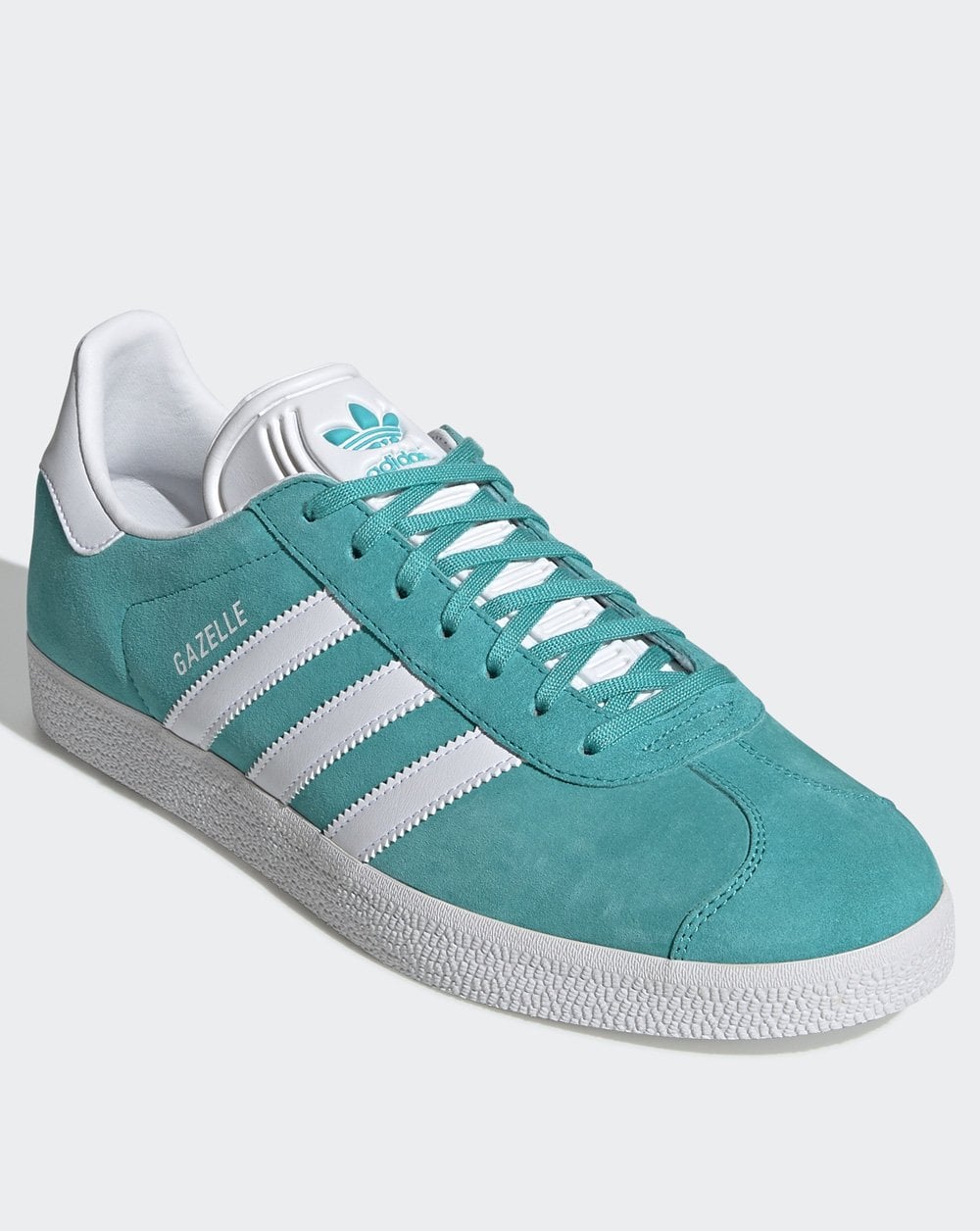 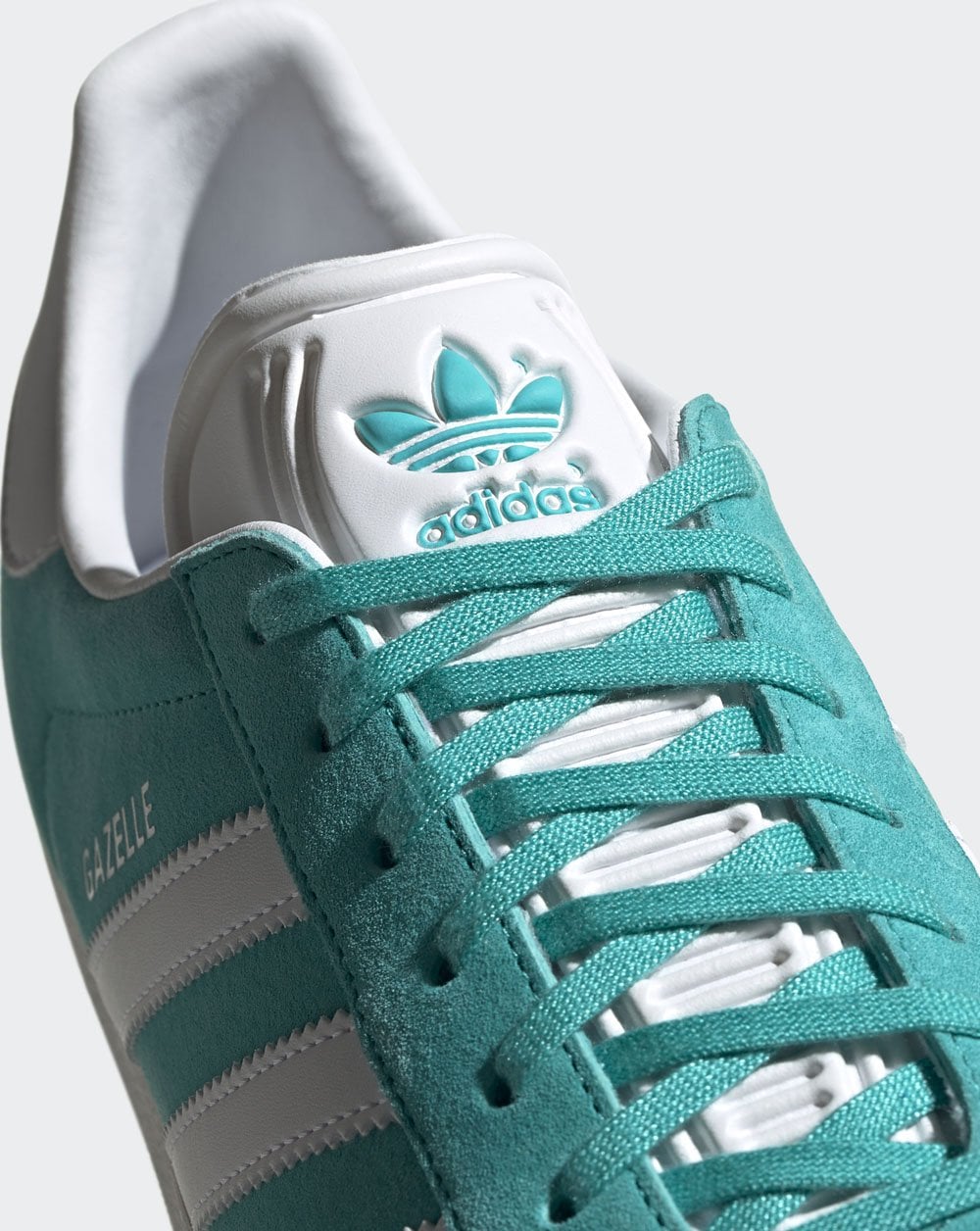 Above: The adidas Gazelle trainer in hi res aqua/white available to pre-order from 80s Casual Classics.

The original B-Boy look was all about suede trainers and tracksuits with styles like the PUMA Suede and the adidas Gazelle some of the most in demand silhouettes of the era. NYC born hip hop groups like the Beastie Boys were regularly seen wearing 3 stripes adidas suede styles such as the Gazelle and the Campus, with the Gazelle even getting recognition as a skate trainer thanks to its NYC street connection. The 3 stripes suede style was also a popular shoe with the casuals thanks to its revolutionary lightweight qualities and classic 3 stripes style which continues to this day. 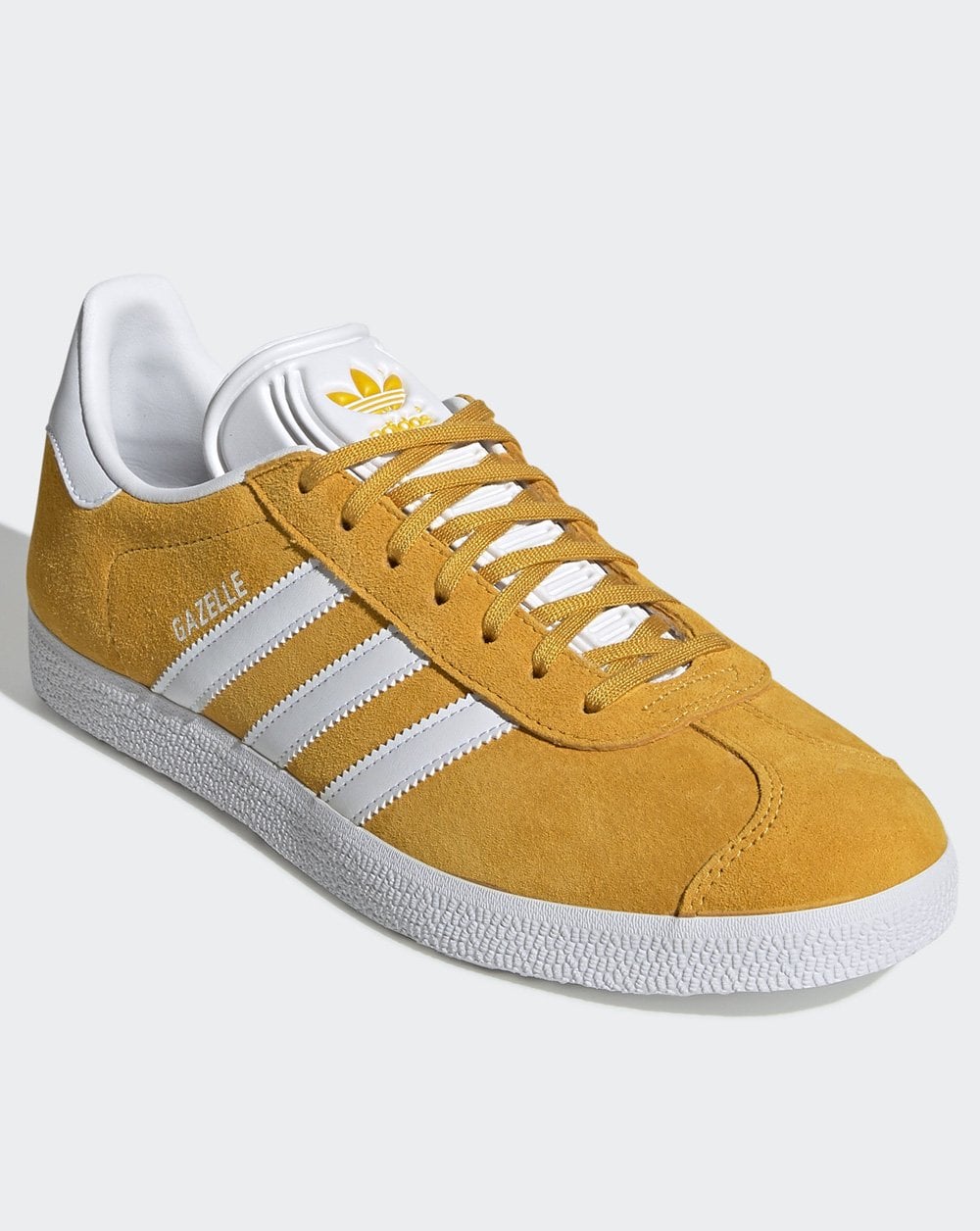 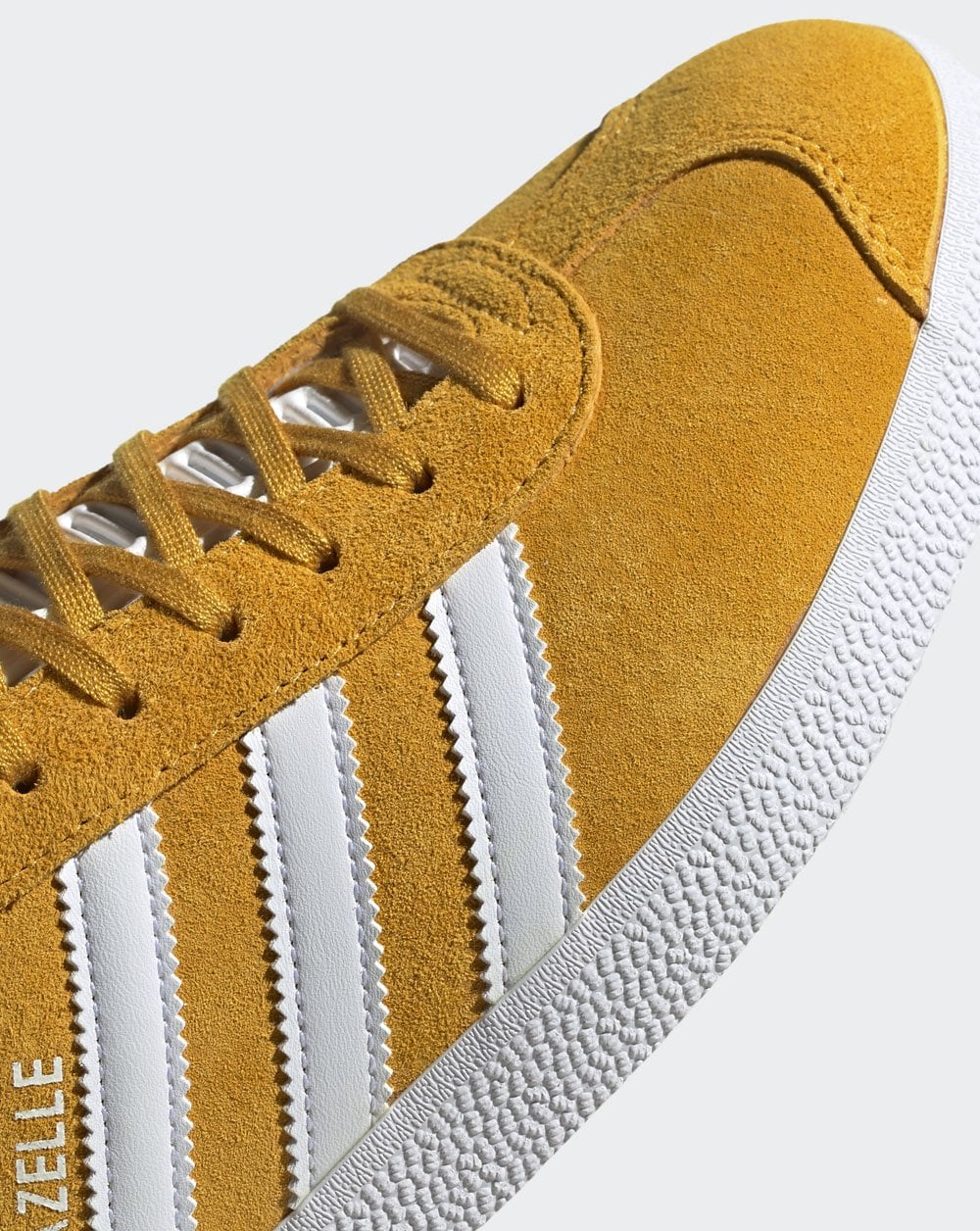 Above: The adidas Gazelle trainer in active gold/white available to pre-order from 80s Casual Classics.

The adidas Gazelle trainer saw another revival in the 90s, although this time adidas really went to town with the available colourways, releasing pretty much every hue they could on the colour chart. From the 80s B-Boys to 90s Britpop, the Gazelle had now found another subculture with the Gazelle famously featuring on the Gallagher brothers as seen on band room shots to single covers from the early 90s. Even world renowned British supermodels have got in on the adidas Gazelle action such as Kate Moss who has become a well known fan of the 3 stripes shoe. 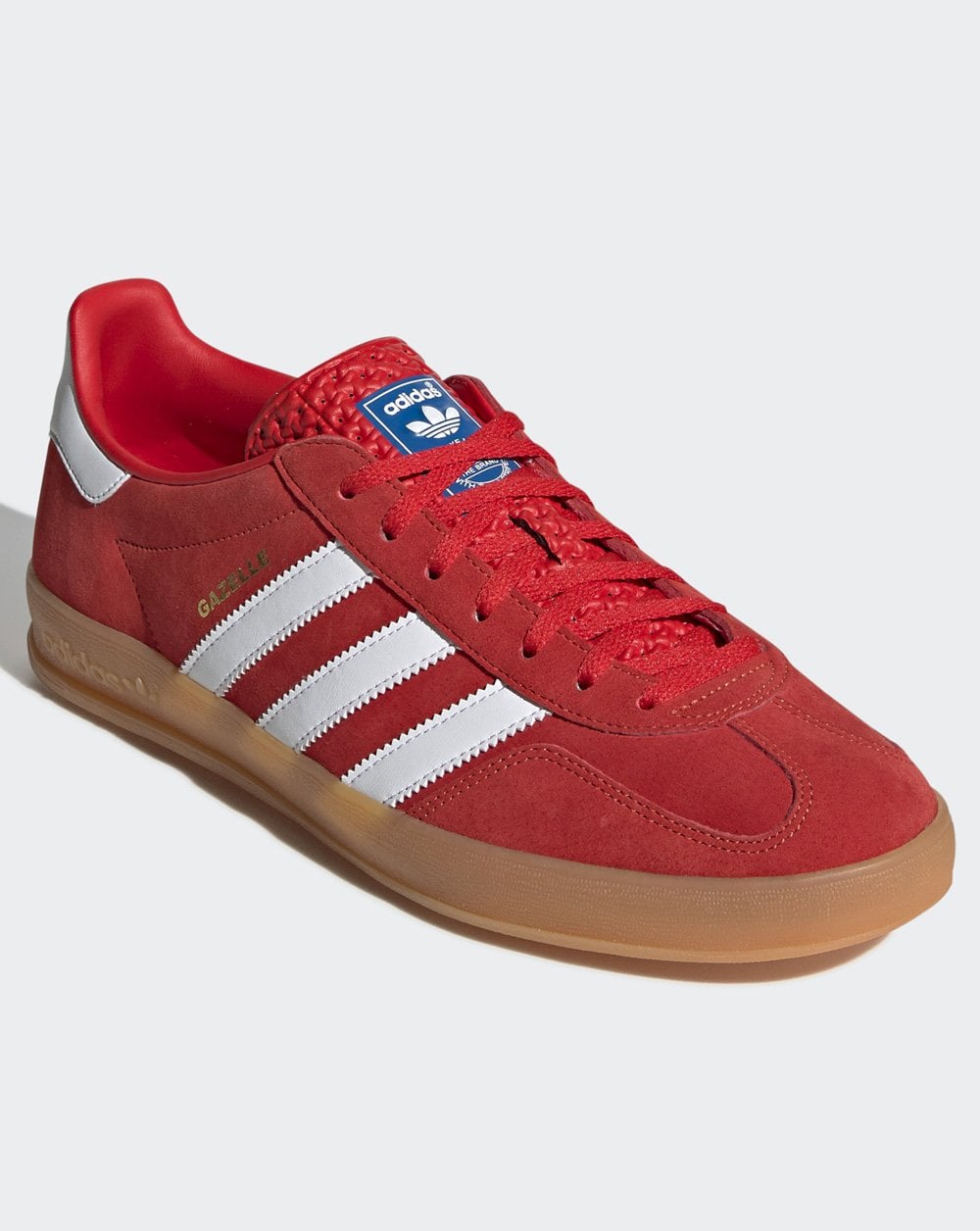 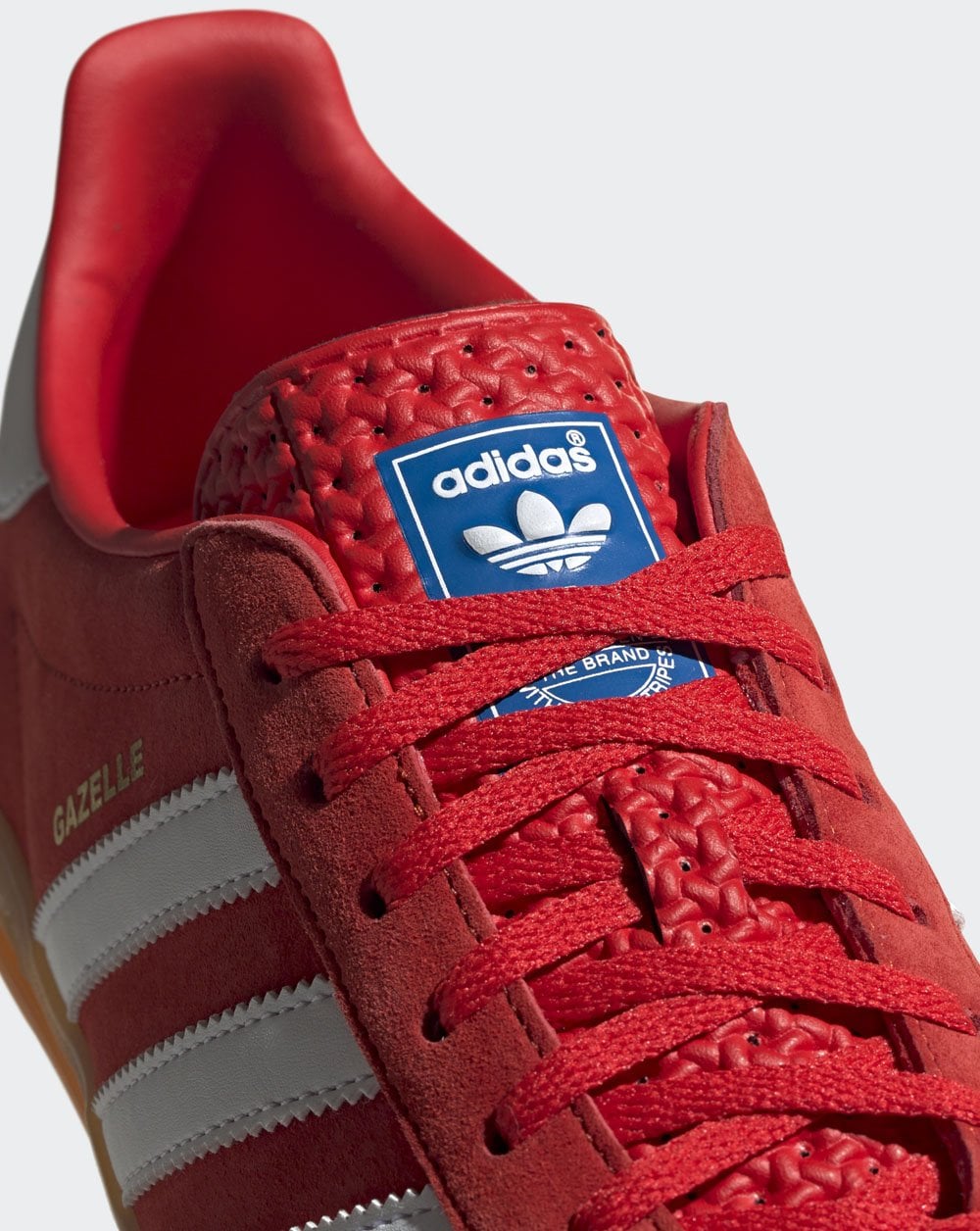 Above: The adidas Gazelle Indoor trainer in active red/white available to pre-order from 80s Casual Classics.

After its latest release a few years back in 2016, the adidas Gazelle is now officially back on the 3 stripes radar and is now introduced to 80s Casual Classics in some brand new colourways. Dropping for August 2019, the adidas Gazelle is now re-introduced with its signature super soft suede uppers in a trio of fresh colourways including hi res aqua, active gold and real blue. As well as the original 1991 silhouette, we’ve also introduced the Gazelle Indoor silhouette, a style which is brought back from the 3 stripes archives for the modern day trainer fanatics. The main notable difference of the Gazelle Indoor is the semi translucent gum sole unit going around the shoe. Each style is available now to pre-order for August delivery.