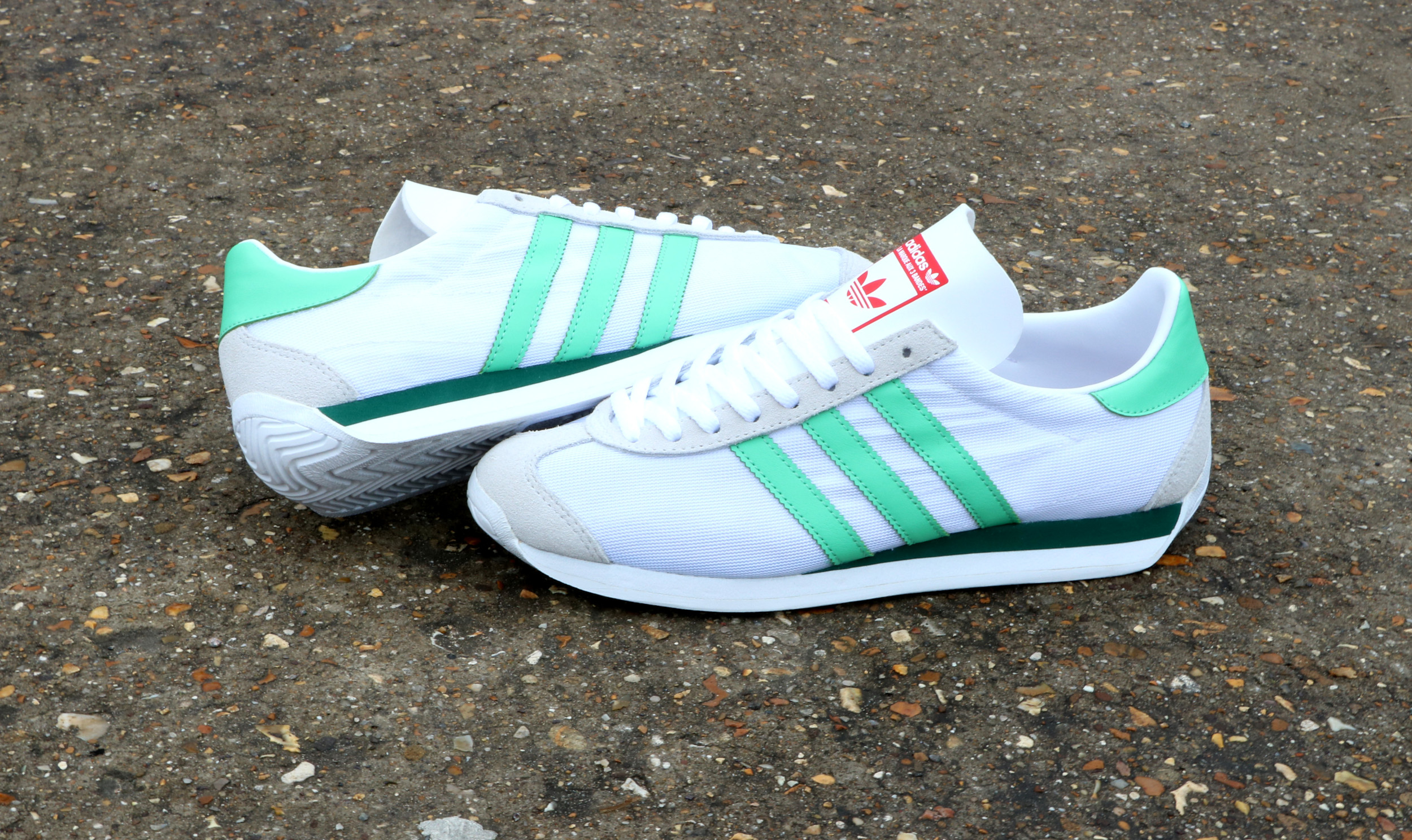 The adidas Country Trainer Returns For A Special Mexico 86′ Release

The adidas Country trainer couldn’t scream retro running or classic 3 stripes any more if it tried.

An all time classic archive running style, the Country’s origins go way back to the 1970s when adidas started on a mission to create the perfect all terrain running shoe. A design story that would eventually lead to the likes of the Boston Super, the highly respected ZX series, the Oregon, the New York and the Micropacer to name a few, with adidas stamping their 3 stripes authority on the world of running throughout the 70s & 80s. The adidas Country trainer had already set the bar in 1970 and quickly became the go to shoe for runners from novice to pro. The cross-country style trainer wasn’t just a great running shoe however, it was also a great style to wear for leisure that also looked the part with a pair of jeans and other sports leisure wear. After numerous re-releases from the adidas archives that adidas Country trainer remains an all time favourite for its 70s retro charm and no fuss OG design. 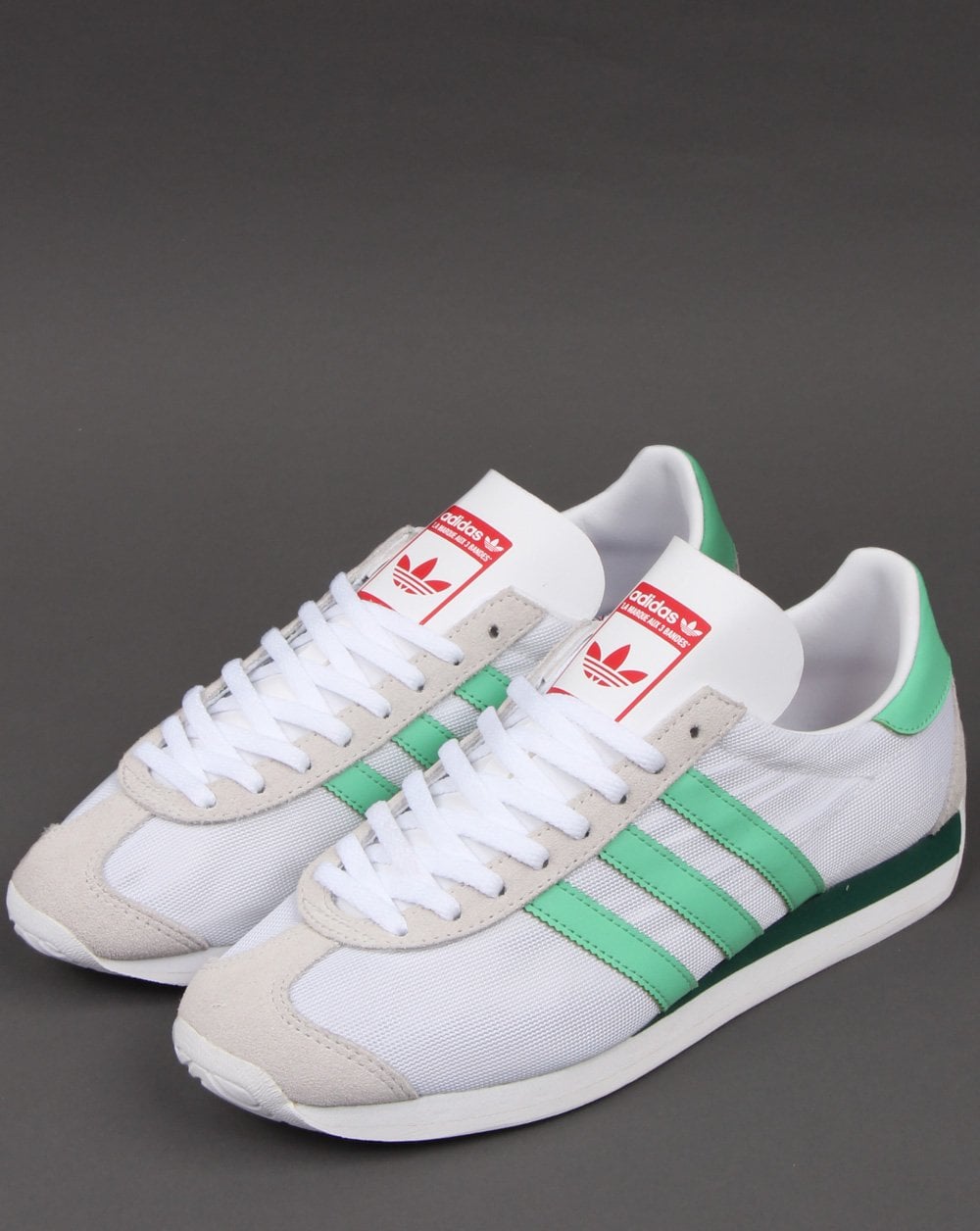 Originally marketed with a variety of running & fitness tag lines such as “Run Longer. Run Faster. Run Smarter”, the Country captured the growing running trend across the world during the 1970s. The OG model featured all white leather uppers with the signature collegiate green stripes to the sides and vintage style gum sole unit. Moving into the 80s the Country also became a popular style with the growing casual movement becoming a key 3 stripes trainer look of the era. Over the last 40 years the Country has kept its original casual appeal and remains one of the most popular archive adidas styles of all time. The popular running style also famously featured on Axel Foley played by Eddie Murphy in the American action comedy, Beverly Hills Cop from 1984, giving the trainer some well earned Hollywood exposure. 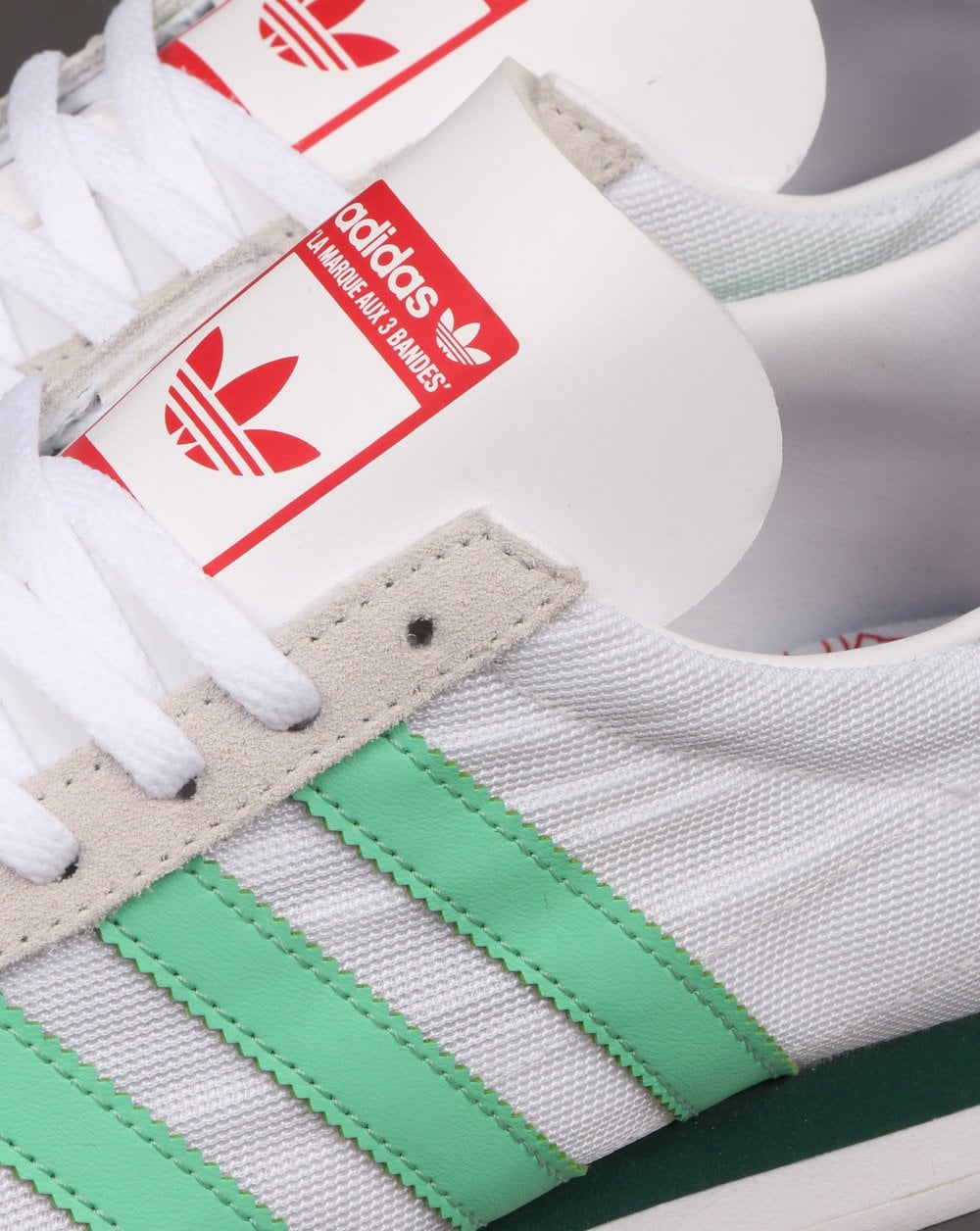 Moving forward to more modern times, 2015 saw the re-release of the Country from the adidas archives, swapping the leather uppers for nylon. This updated style now returns for the latest season with a very special Mexico 86′ release. Giving a nod to the 1986 World Cup in Mexico where the Country was a regular sight on the terraces and the touchlines, the trainer features a unique 86′ graphic sockliner. Highlights of the retro runner include mint 3 stripes to each side and a mint heel tab with t-toe detailing in suede to the front of the shoe. The signature collegiate green from the OG Country model also makes an appearance on the midsole giving a nod the original 1970 release. The adidas Country is finished off with the original trefoil branding in red to the tongue tab. A must have style for any serious adidas trainer fan or retro collector.