X
This site uses cookies to provide and improve your shopping experience. If you want to benefit from this improved service, please opt-in. Cookies Page.
Accept Cookies
80's Casual Classics80's CC NostalgiaSome Of The Best Sportswear Featured in Films From The 80s
Menu 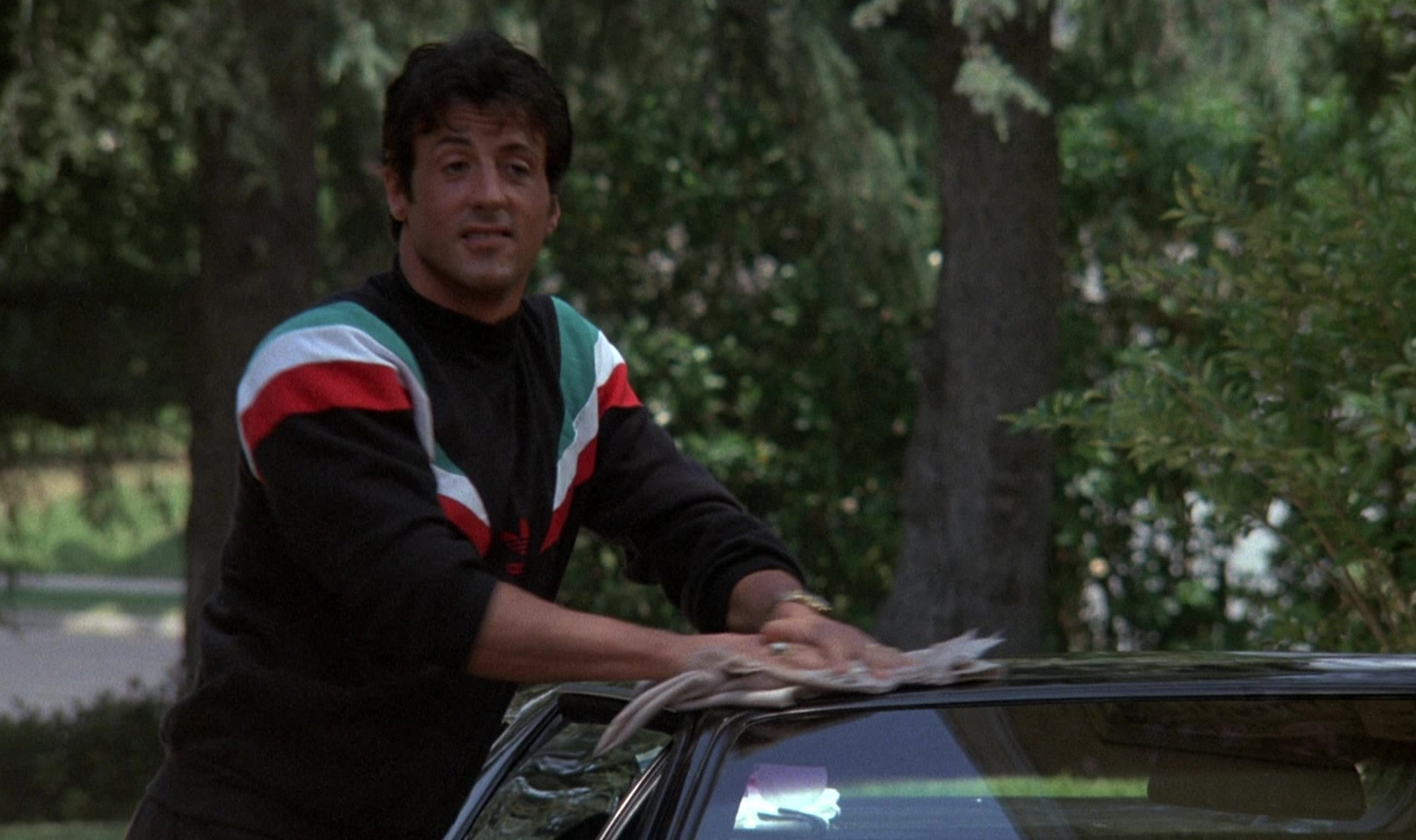 Some Of The Best Sportswear Featured in Films From The 80s

We take a look at how sportswear, casual fashion and trainers influenced some of the biggest films from the 80s.

It wasn’t just on the terraces, the tennis courts, the gyms, the workout studios or the streets where sportswear took its hold in the 80s, it also made a massive impact on the big screen. Movies’ marvelled in sportswear throughout the 1980s showcasing everything from iconic adidas styles to centre court classics. The birth of the all action hero saw big guns, close body combat skills and vigorous work-out routines become the norm to get in shape for films. Before the actors even knew what wardrobe they were wearing for a film they were already training in a range of styles from the likes of Nike, adidas, PUMA & Reebok. The sportswear showcased in the films from the 80s was simply a reflection of what people were actually wearing at the time. The fitness and lifestyle connection of sportswear brands’ throughout the era is clearly documented in a range of classic 80s films. The sportswear and trainers that have featured in 80s films have now become as iconic as the original films themselves. 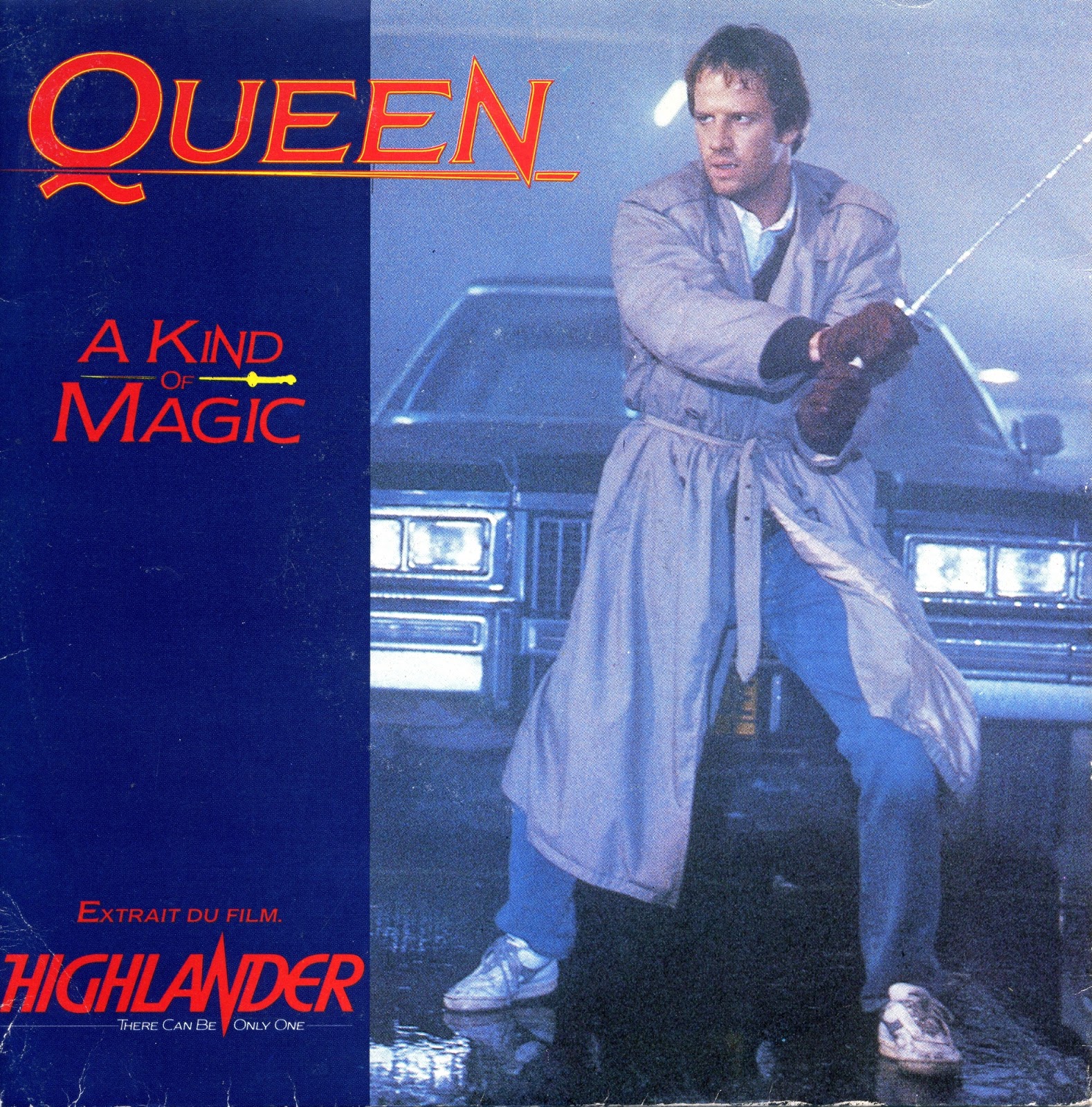 Connor Macleod played by Christopher Lambert in Russel Malcahy’s Highlander from 1986 had clear casual wardrobe inspiration. As well as being an immortal warrior and finely tuned swordsman, Lambert can be seen wearing the Diadora Borg Elite trainers with jeans throughout the film. The Highlander character also features in full casual costume on the cover for Queen’s ‘It’s A Kind Of Magic’ which was part of the soundtrack to the film. It makes you wonder if Björn Borg ever envisaged his signature tennis shoe hitting the big screen 5 years after its original release? The iconic Diadora Borg Elite trainer is available now from 80s Casual Classics. 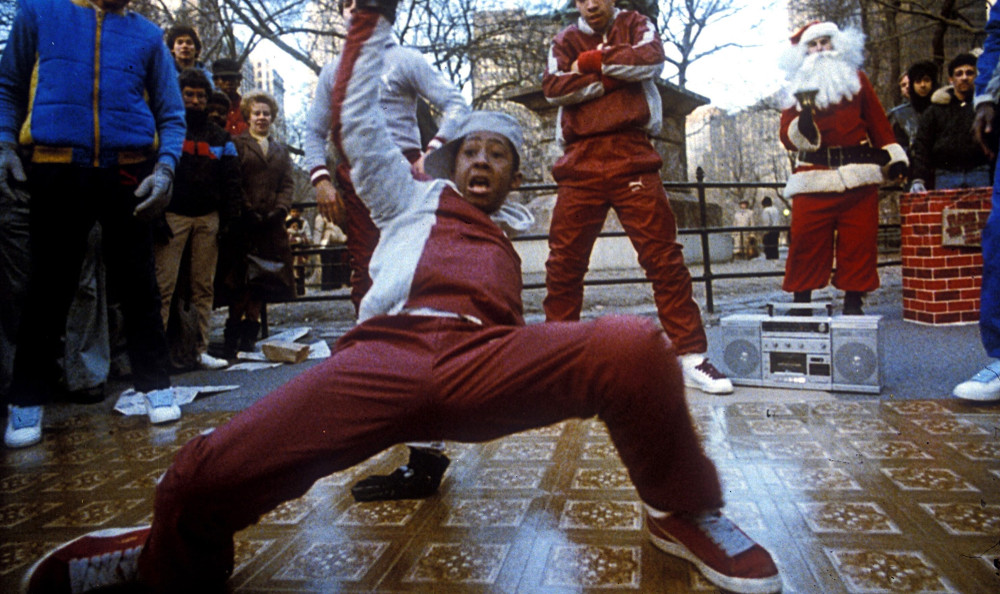 Arguably one of the first ever films to bring B-Boy culture & full tracksuits to the rest of the world was Stan Lathan’s Beat Street from 1984. Set in the Bronx the story follows the lives of a break dancing crew, capturing the hip hop culture and graffiti scene of the early 80s in New York City. The film features classic B-Boy styles like PUMA full tracksuits and the PUMA Suede trainer. A massive variety of classic PUMA track styles and trainers are also available now from 80s Casual Classics. 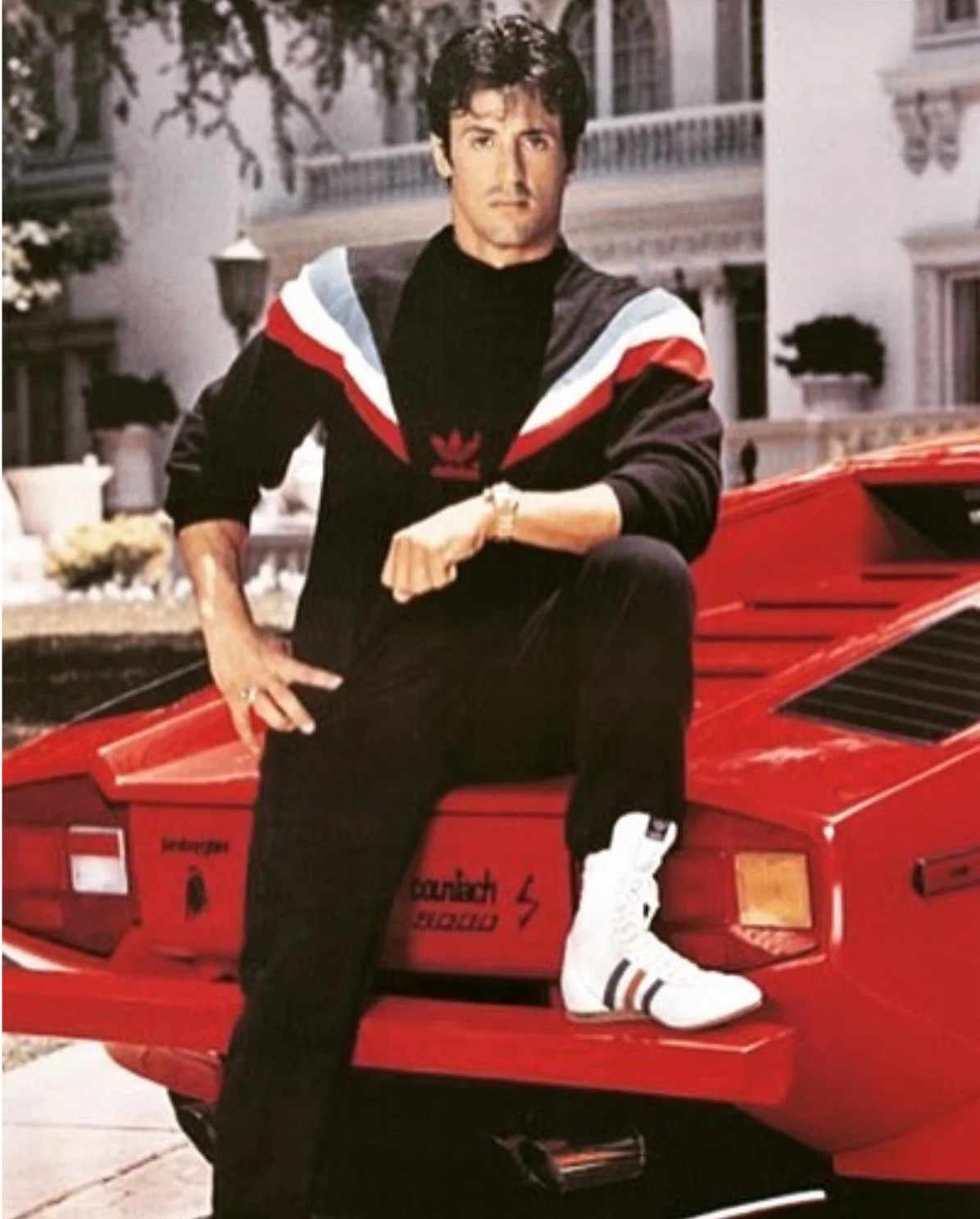 Anything with 80s, films & sportswear in the same sentence needs a mention of Rocky. The critically acclaimed boxing film franchise brought us everything from steroid fuelled Soviets, motivational music, the highs & lows of the sport and of course retro sportswear. Although there’s a whole load of adidas featured throughout Rocky IV, where Balboa takes on the Russian monster Ivan Drago, the retro adidas sweatshirt Sly wears whilst cleaning his Lamborghini takes the biscuit for us. We’ve got a massive range of retro adidas styles available now from 80s Casual Classics. 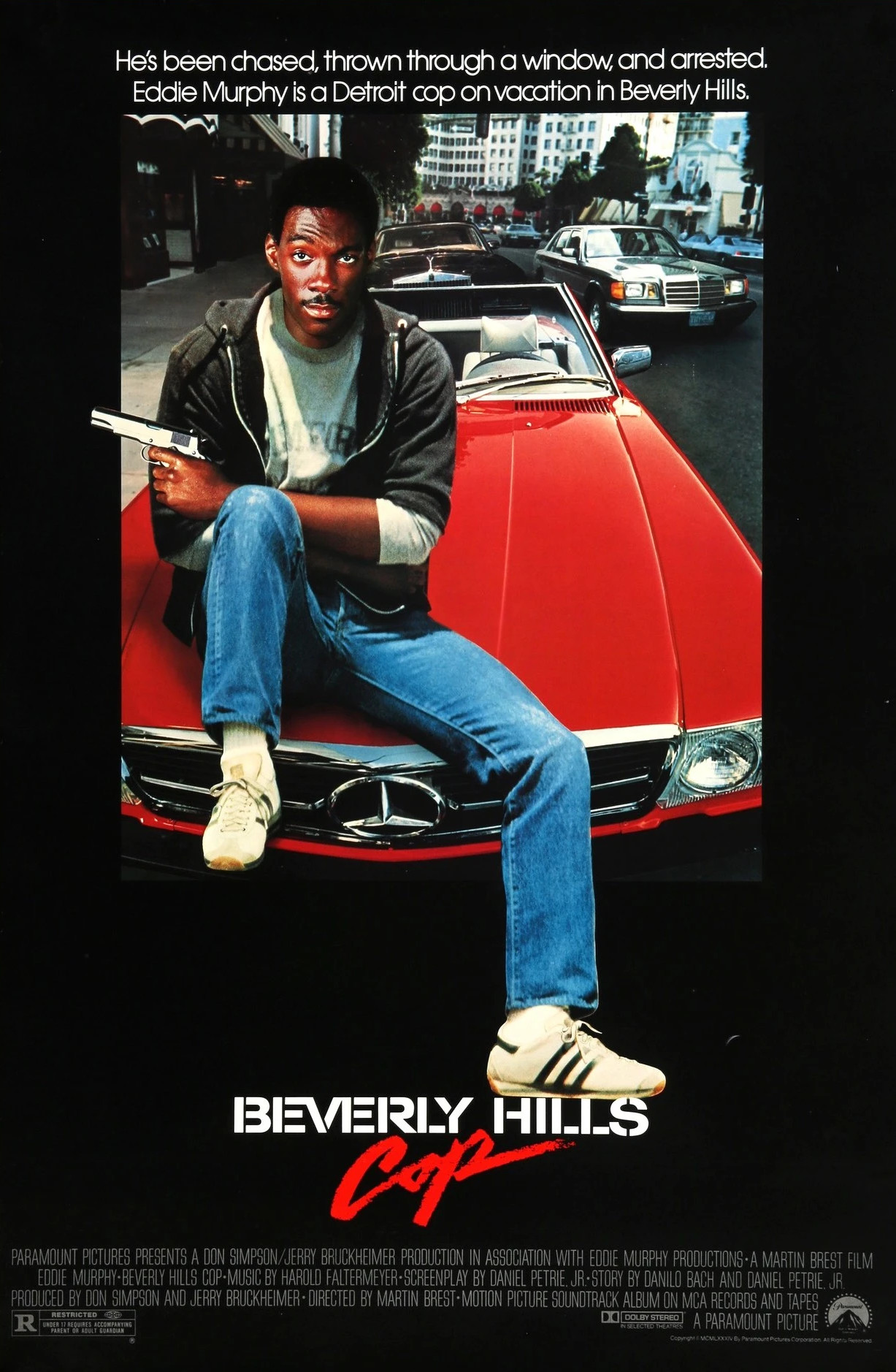 The American action comedy directed by Martin Brest from 1984 featured the legendary Eddie Murphy as Axel Foley. As well as putting bananas in tail pipes and other shenanigans, Murphy’s character gets in full casual wardrobe wearing a pair of adidas Country trainers and jeans throughout the movie. Check out our massive selection of classic adidas trainer styles now at 80s Casual Classics. 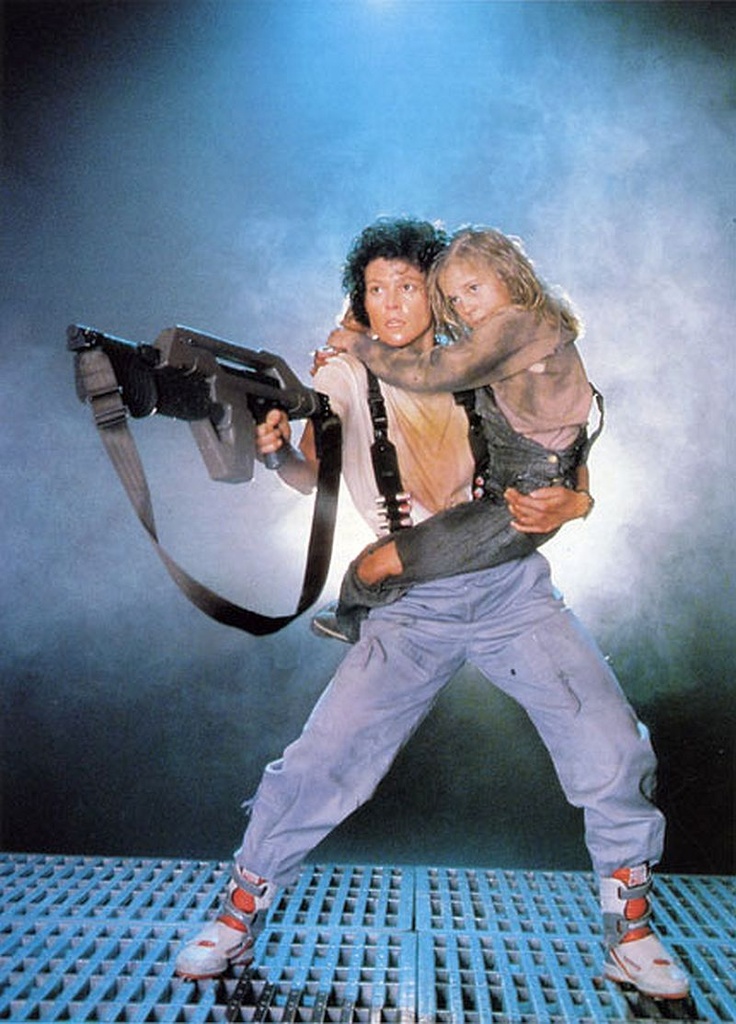 What more do you need when you’re fighting the most disgusting looking, acid spraying alien creature you’ve ever seen? A pair of trusty Reebok’s of course! The Reebok Stomper trainer famously featured in James Cameron’s Aliens from 1986 on Ripley played by Sigourney Weaver. Ripley can be seen wearing the hi-top shoes as she straps into the power loader for one of the most iconic scenes of the entire Alien series. We’ve got a massive range of retro Reebok and classic fitness styles available now from 80s Casual Classics.