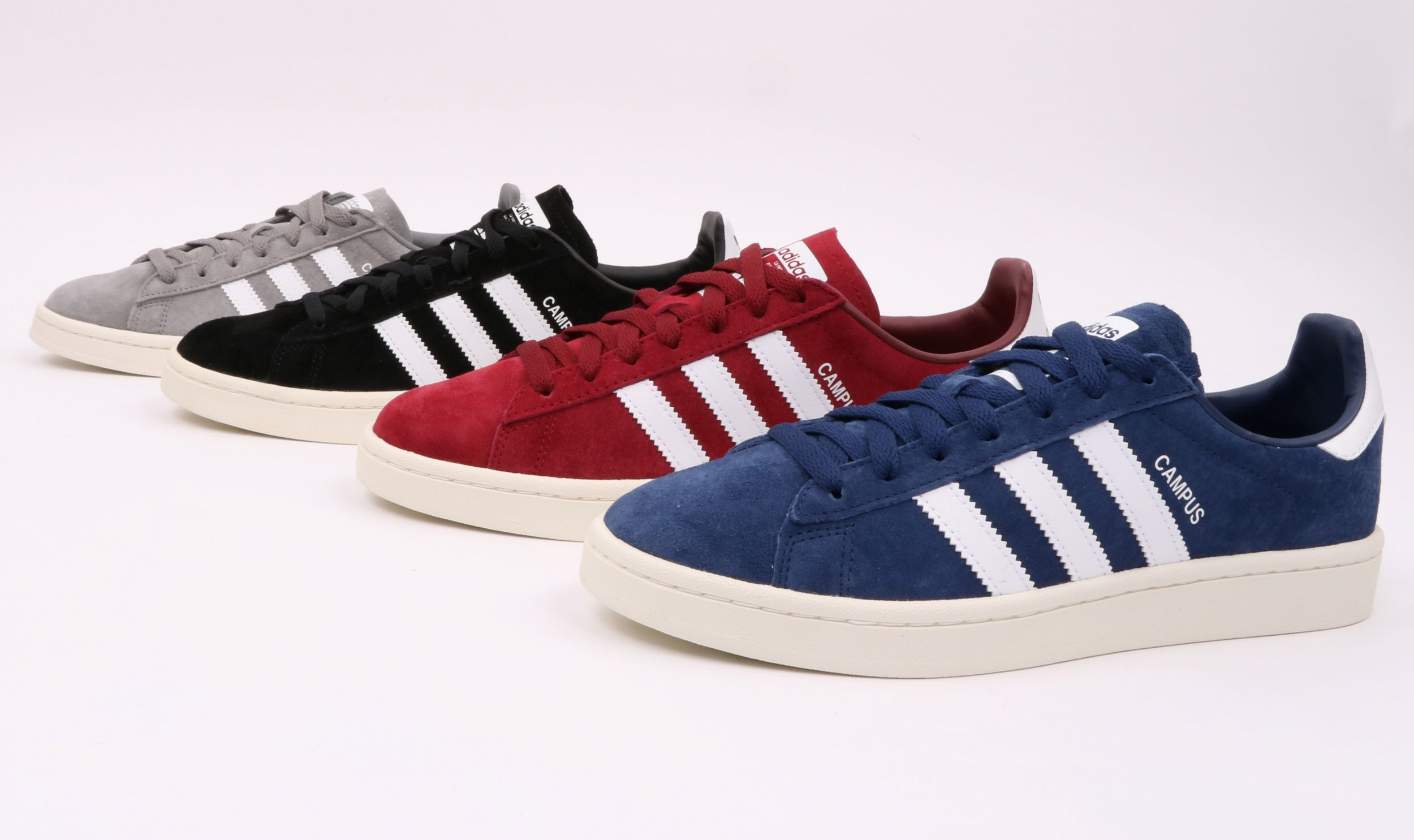 There’s only really a handful of classic adidas styles that hold the same 3 stripes status as the adidas Campus does.

Just like the Samba, the Gazelle and the Stan Smith before it, the Campus is just one of them easily recognisable adidas trainer styles. Relatively simple in design yet so iconic at the same time. Whereas the Samba and the Gazelle were focused on football training, and the Stan Smith on tennis, the Campus was designed for the basketball court. Originally called the Tournament trainer, the Campus first made its mark in the early 80s when basketball was big business and trainer sales were booming. PUMA had already given us the Suede, Nike introduced the Air Force 1 in 1982 and adidas introduced the Campus in 1980. To the everyday person the Campus could have quite easily been mistaken for its older the sibling, the Gazelle, however there are some notable differences. The toe vamp of the Campus didn’t feature the T-toe detailing that the Gazelle did, and more importantly the Campus featured a chunkier sole unit. The overall look, shape and feel of the Campus and the Gazelle however are very similar indeed. 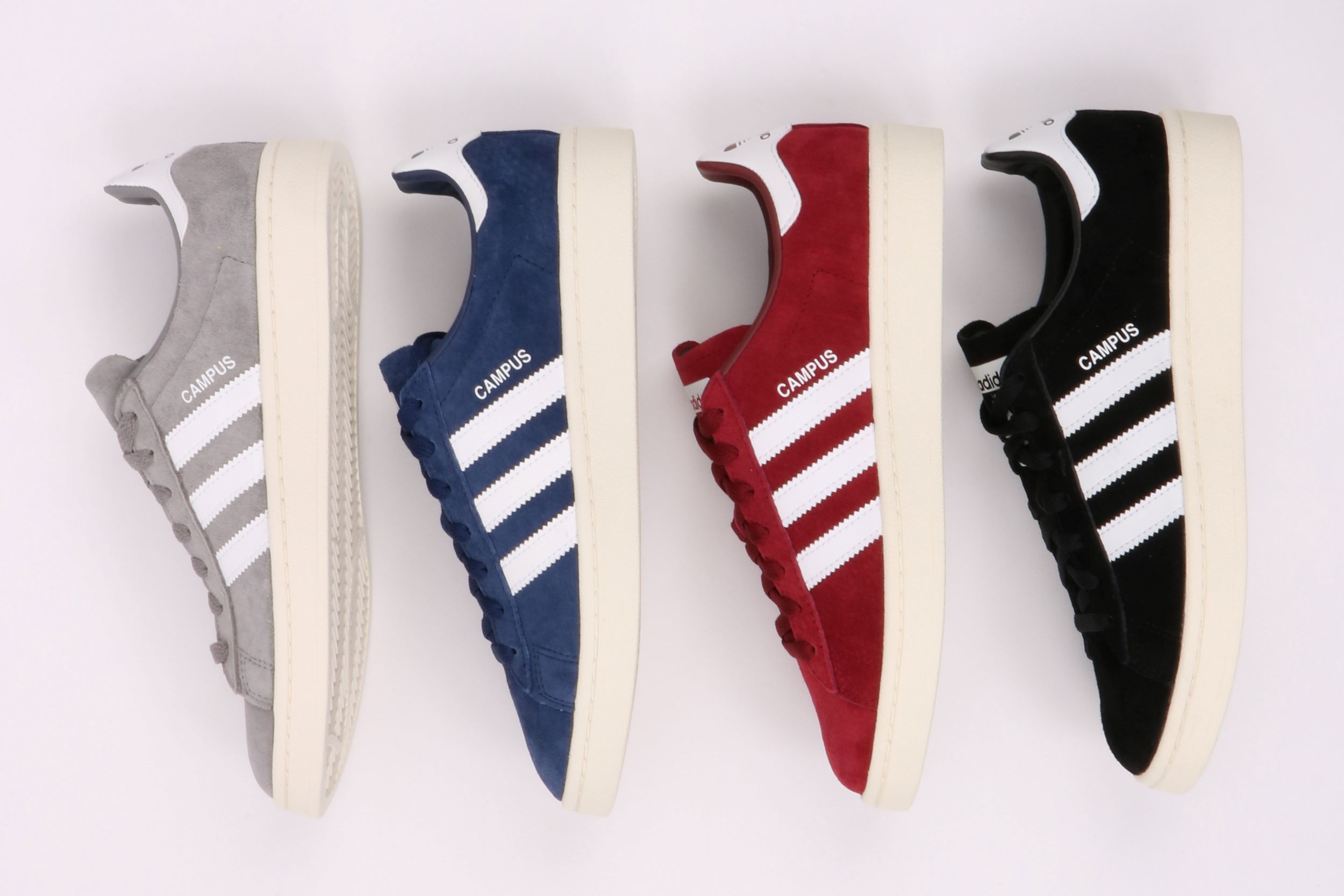 Above: The adidas Campus trainer in an assortment of fresh colourways now available from 80s Casual Classics.

The adidas Campus had already earned its stripes from a performance perspective on the basketball courts, but it was the hip hop connection that really gave the Campus its icon status it holds today. adidas and hip hop culture went hand in hand. Run DMC pioneered 3 stripes, full tracksuits and the adidas Superstar. The New York born hip hop trio, the Beastie Boys, wore adidas Campus trainers. The Campus famously featured on the artwork for their 1992 album ‘Check Your Head’ as well as the single artwork for ‘No Sleep Till Brooklyn’ from 1987. The street connection of the shoe also saw it become a popular trainer for skaters throughout the 80s and 90s. 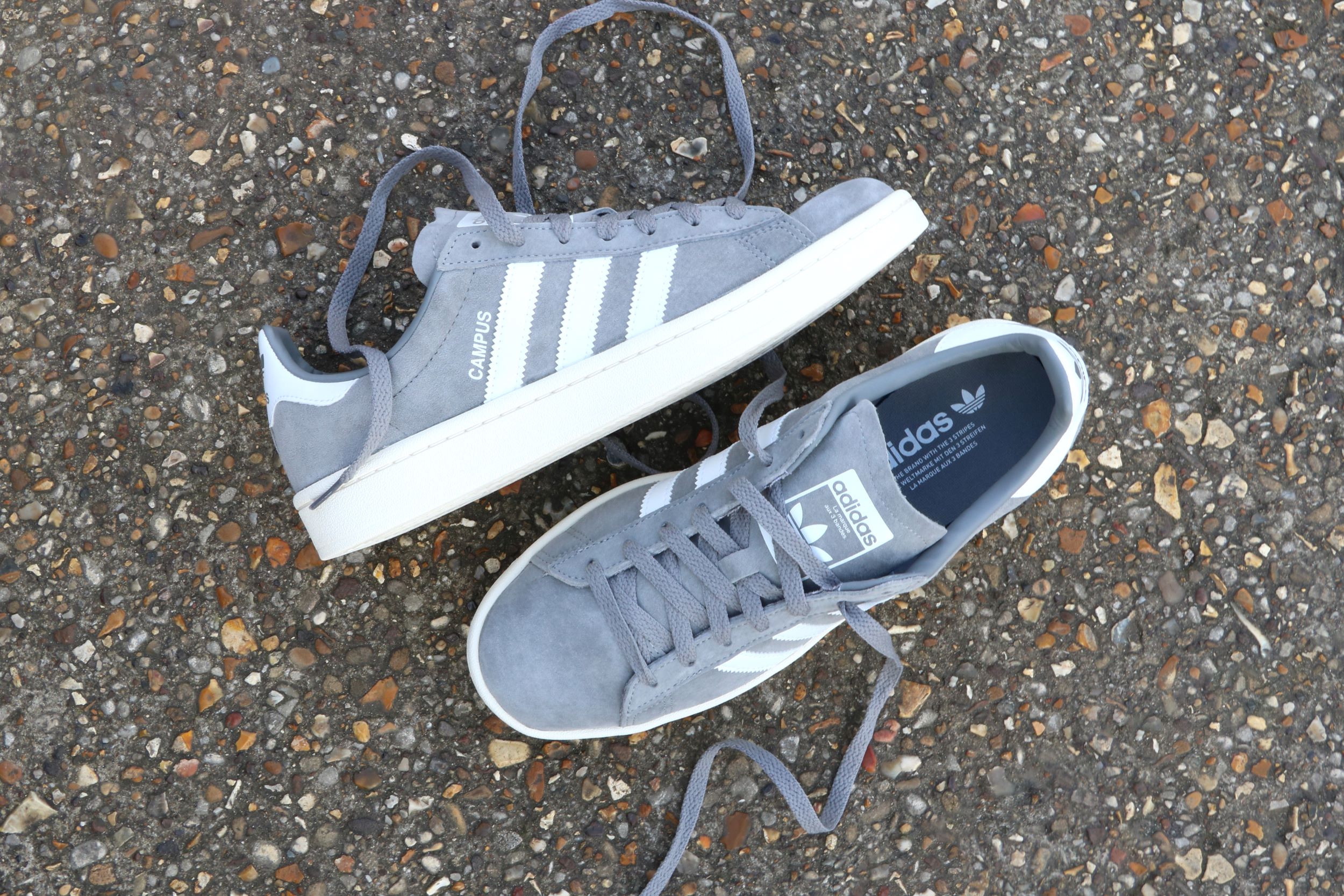 Above: The adidas Campus trainer in grey/white now available from 80s Casual Classics.

Apart from updated materials, nothing has really changed that much about the Campus over the last 40 years. The phrase “If it ain’t broke don’t fix it” sums up the Campus in a nutshell. The OG 80s model still looks just as good as it did after its first release. Rich in 3 stripes sporting heritage & hip hop nostalgia, they really don’t get much more iconic than the Campus. 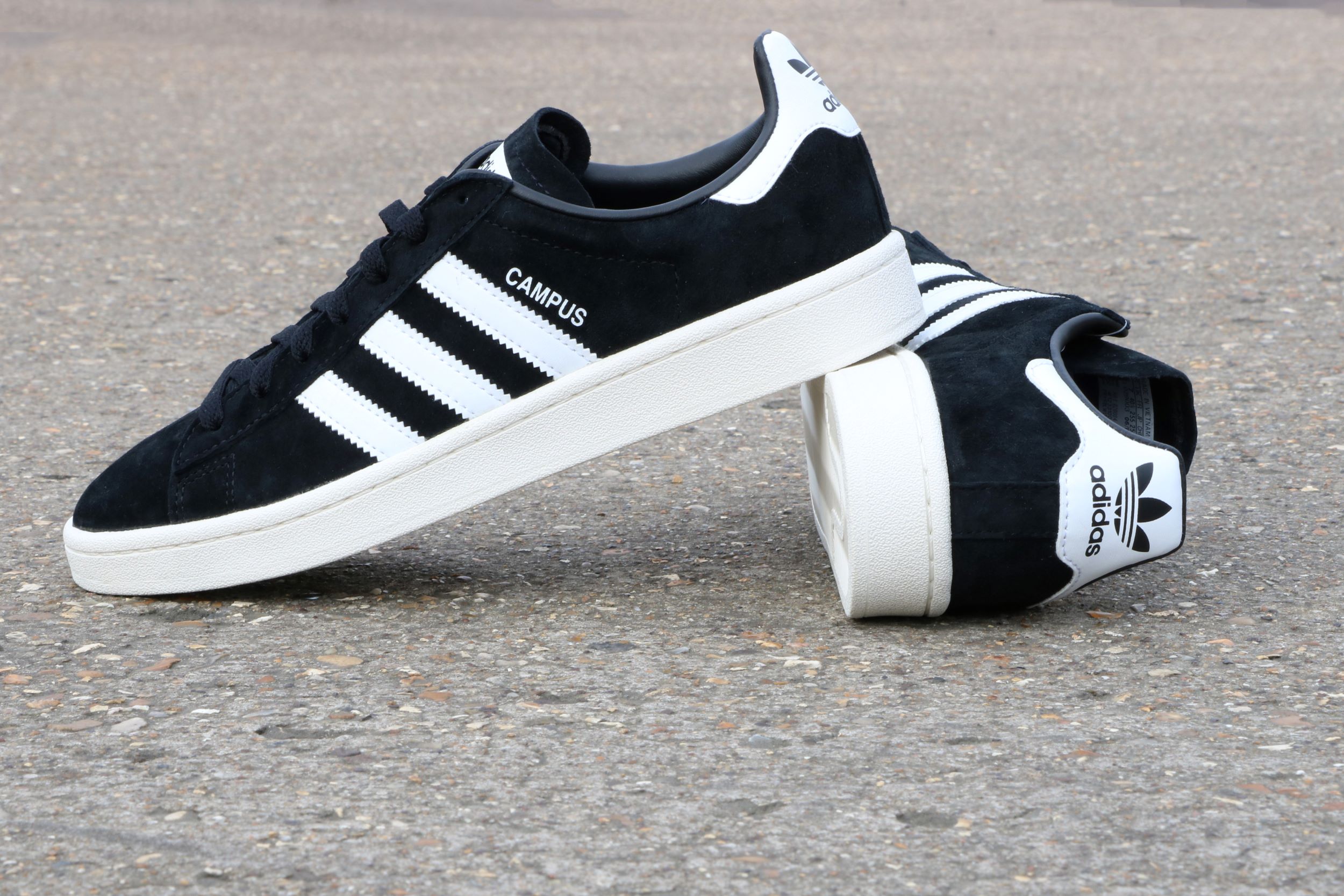 Above: The adidas Campus trainer in black/white now available from 80s Casual Classics.

The old school court style is now re-introduced to 80s Casual Classic in OG form. This latest version features premium pigskin nubuck uppers and the iconic thick white sole unit with a rubber outsole. Other features include perforated leather 3 stripes to each side of the shoe with original trefoil branding to the tongue tab and heel tab. The Campus is now introduced in an assortment of classic colourways which includes burgundy, rich navy, grey and black. A must have classic 80s trainer style for any serious adidas enthusiast and a great addition to your footwear wardrobe.