X
This site uses cookies to provide and improve your shopping experience. If you want to benefit from this improved service, please opt-in.
More Info
Accept Cookies
80's Casual ClassicsGarmentsGoing Mad For It With Maradona
Menu 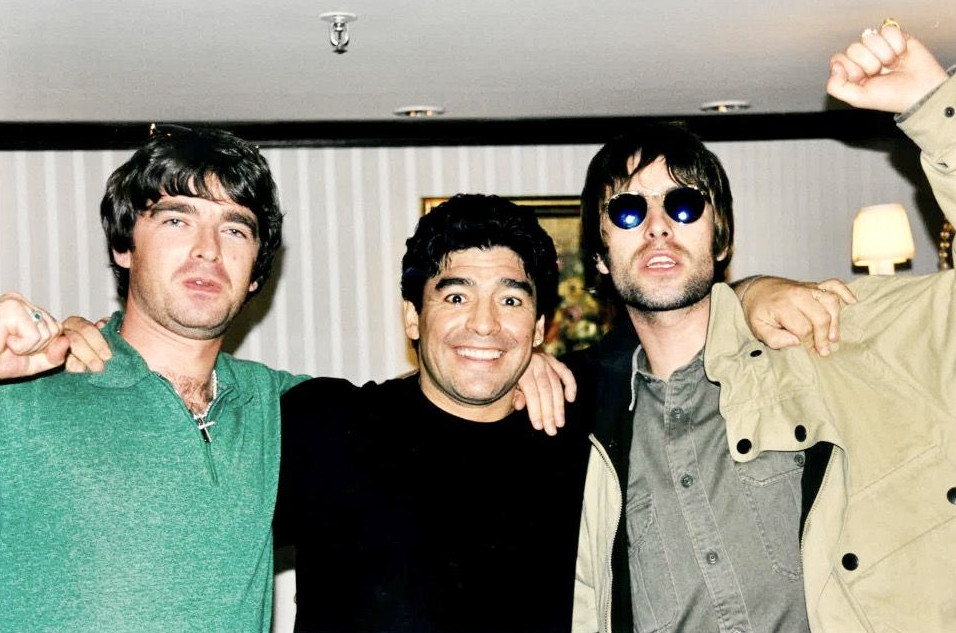 Going Mad For It With Maradona

Following the death of the Argentinian football legend Diego Maradona last month, Weekend Offender have now introduced a t-shirt which celebrates the legendary photo of the Gallagher brothers with “El Pibe de Oro”. A god like figure to many Argentinians & arguably one of the greatest number 10’s ever to grace the grass of the football elite, Maradona sadly passed away last month after suffering a heart attack at his home in Buenos Aires. From the “The hand of God” at Mexico 86′, casually dribbling through entire teams at Italia 90′ and charged up like Scarface goal celebrations at USA 94′, Maradona certainly left his mark on & off the football pitch. The Weekend Offender Maradona t-shirt brings to life the legendary meeting between the Gallagher brothers & Maradona in Argentina where apparently Diego also threatened to shoot the two Mancunian musicians. 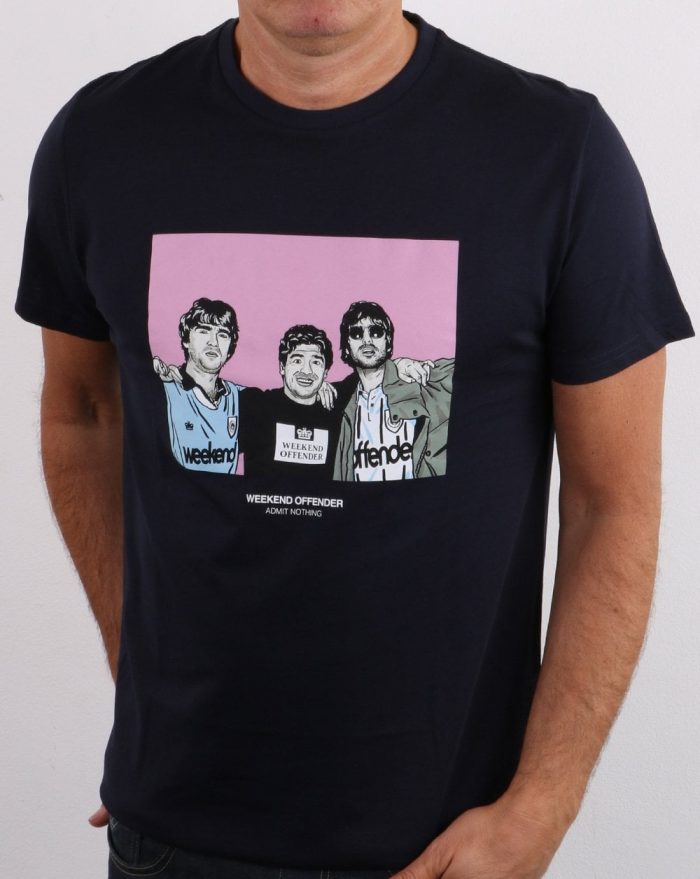 When speaking with Vice back in 2018, Liam Gallagher recalled when him & Noel were in a bar with the Argentinian football legend. Liam said; “He’d gone upstairs with a load of fucking madheads and all these women of the night. We were going like, can we go up and meet him? Like that, to the interpreter. And the interpreter said ‘Alright cool, let me go and square it with them’.” After then going to meet Maradona upstairs, Gallagher went onto say “His eyes were fucking like that. Ours weren’t far off. I was going, ‘It’s a bit moody in here, let’s get a quick picture with him and we’ll f**k off.’” The Gallagher brothers were then told by the interpreter that if they left with one of Maradona’s “Lady friends” he would have them shot. The iconic shot of the trio has become a testament to the colourful 90s music scene & Maradona’s notorious ‘off the field’ antics. 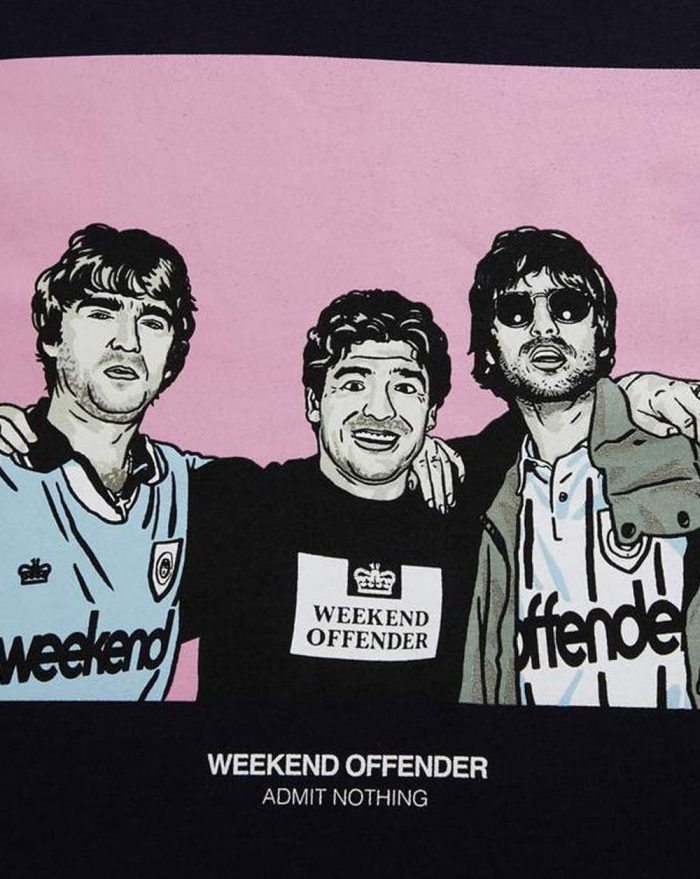 Weekend Offender have now introduced the Diego & Friends t-shirt which celebrates the moment the Gallagher brothers met Maradona in Argentina. The illustrated version of the iconic shot features Noel & Liam both wearing Man City shirts, something which they were both regularly seen in during the 90s heydays of Cool Britannia & Britpop. Maradona still features to the middle, but instead of the plain black t-shirt, he is now wearing the signature Prison Logo of the Cardiff born terrace brand. Made from 100% cotton, the Weekend Offender Diego & Friends t-shirt is available now from 80s Casual Classics.