1960s Britain saw mass immigration from Jamaica and the Caribbean. The British government invited these countries to come to work in major cities like London & Birmingham on the public transport and services with the promise of a better life. The reality was far from this. The Windrush generation were housed in social housing areas in the likes of Brixton & Hackney where poverty was rife and general living conditions were poor. Throughout these inner city estates, black & white working class youths were united with a mutual love of Jamaican music. The birth of the working class British Rudeboy went against the long hair, beards and flower power of the middle class hippies, with economic equality & racial tensions spiralling out of control throughout the late 1960s. Rocksteady music straight from the beaches of Jamaica, Rasta culture and Skinhead fashion were the foundations of this new subculture and pioneering labels like Trojan Records became the godfather of the original Reggae sound.

Above: The Trojan Spirit of 69 T-shirt now available from 80s Casual Classics.

Founded in North West London in 1968 by Lee Gopthal and the founder of Island Records, Chris Blackwell, Trojan was all about bringing the sounds of Jamaica direct to the UK. The London born record label became an instant hit with the growing skinhead subculture. The upbeat music with songs about sunshine and smoking reefer were a stark contrast to the grey London estates where discontent was everywhere, racism was rife and poverty was real. Trojan introduced a variety of Reggae & Ska artists such as Tony Tribe, Jimmy Cliff & Desmond Dekker to name a few, whilst also helping launch the career of the ‘King of Reggae’ himself, Bob Marley. Trojan would also inspire the two-tone scene of the late 70s with the likes of The Specials & Madness both giving a nod to the original Jamaican Trojan sound with their own musical style.

2018 marked the 50th anniversary of Trojan Records and to celebrate their half a century anniversary the Reggae pioneers introduced a film which explored the history of the iconic Jamaican music label. Trojan also recently introduced their own clothing line which now arrives at 80s Casual Classics for the latest season in the true spirit of ’69. A great addition to our range of heritage brands’ such as Gabicci Vintage, Ben Sherman & Pretty Green which all give a nod to the original skinhead culture of the UK. The latest arrivals from Trojan include Spirit of ’69 graphic tees and a selection of classic polo shirts. Highlights include the Diamond Jacquard Polo Shirt & Houndstooth Polo Shirt in true original Rudeboy style, both featuring the famous Trojan warrior helmet logo to the left chest. We’ve also got classic tipped polo styles in an assortment of colourways ranging from tan to forest green. Keep posted for further arrivals at 80s Casual Classics from the London born record label. 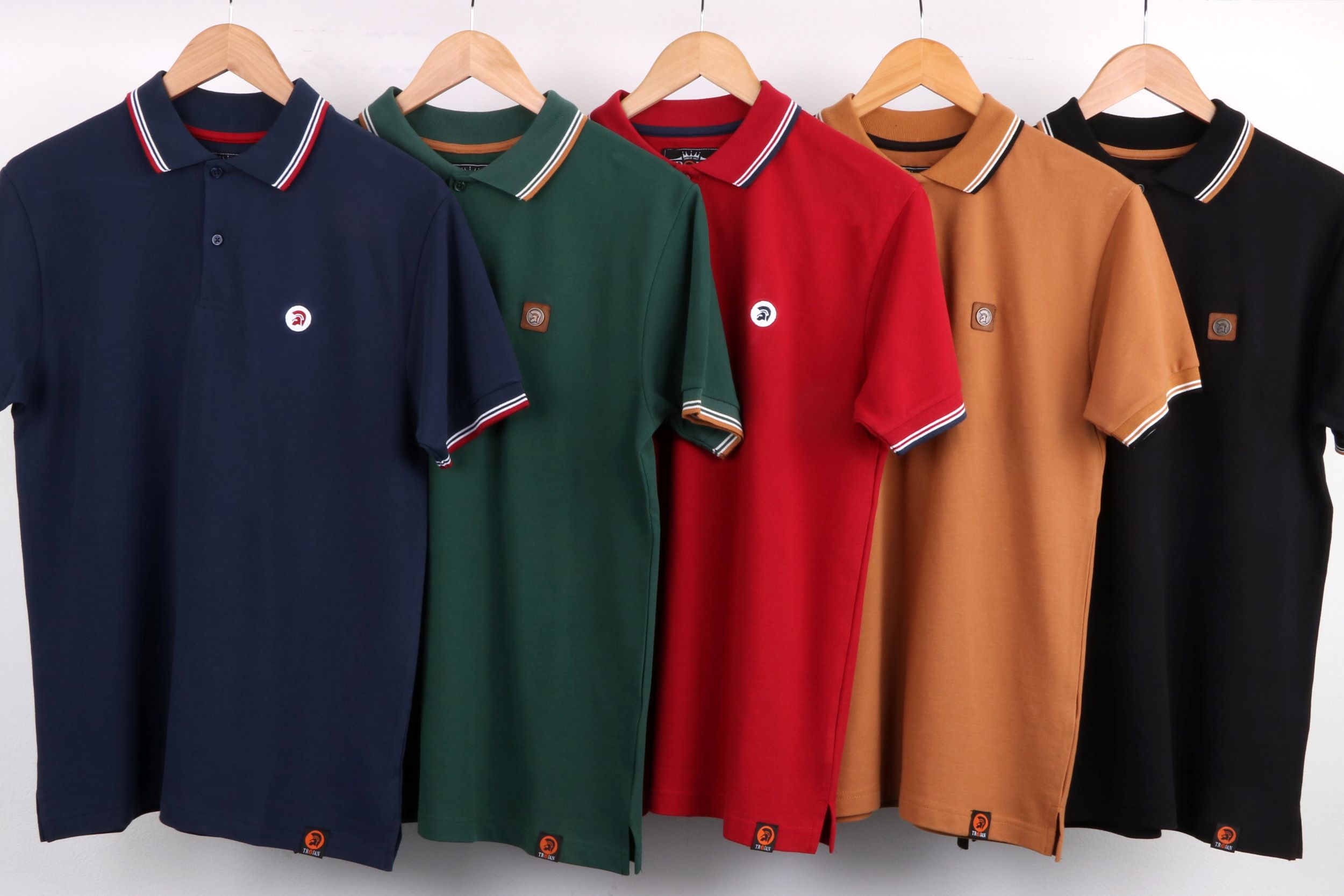