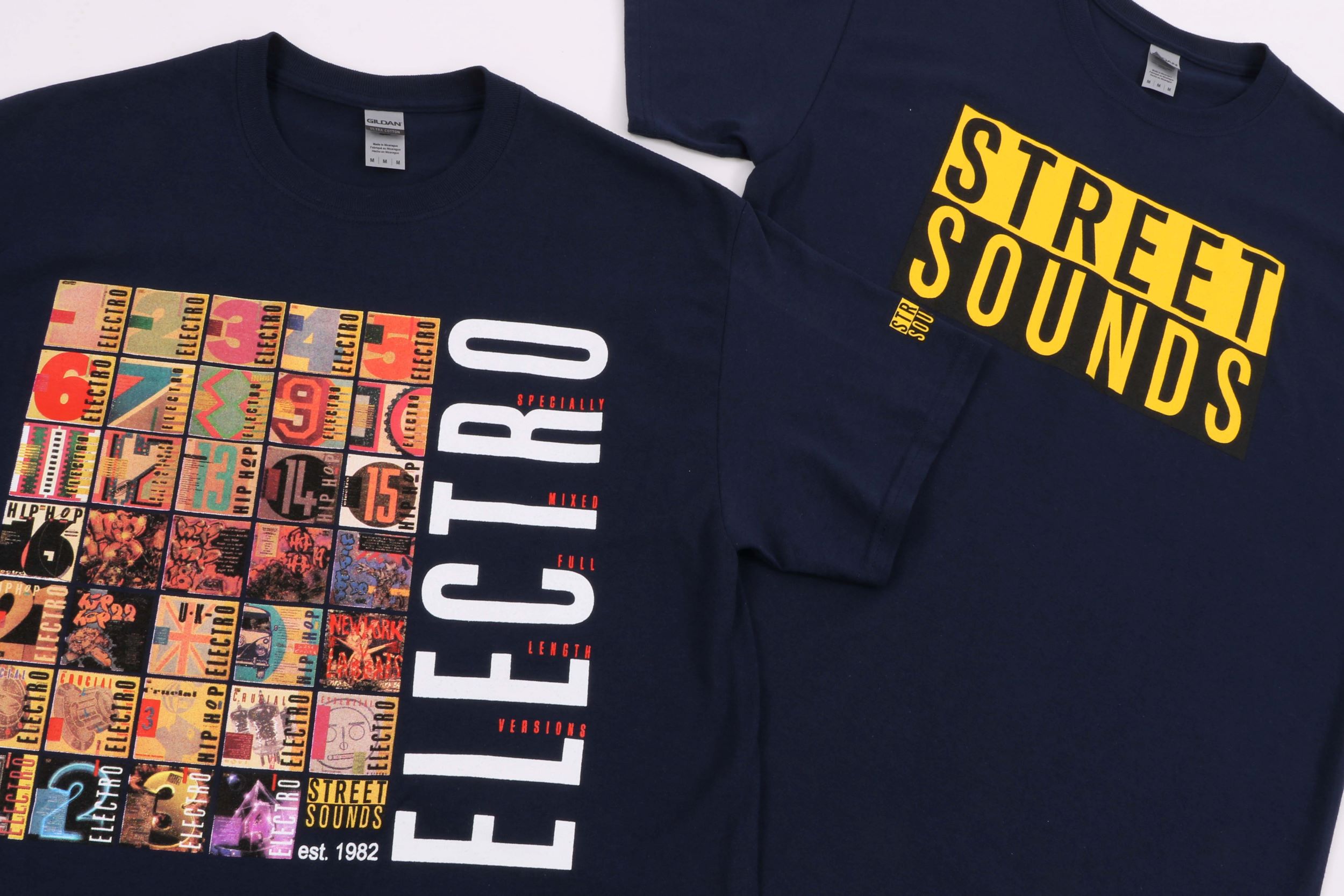 Our latest Street Sounds t-shirts will make you want to don a full tracksuit & head down to your local supermarket carpark on your Super Raleigh Mag Burner.

Drum beats from Roland TR-808’s, samples from 1970s Funk, catchy synth hooks & robot sounding “talk box” lyrics. Welcome to the world of Electro. The end result was probably something like you had never heard before. A million miles away from the distorted & angry sounds of Punk, Electro made you want to don a full adidas tracksuit and head down to your local supermarket carpark on your Super Raleigh Mag Burner to bust out some windmills. If there was one label that really captured the sounds of Electro in the early 1980s, it was Street Sounds. Something like the Electro equivalent of Gods Kitchen to Trance music or Factory Records to Madchester, Street Sounds pioneered the sounds of Electro from New York, Detroit & across Europe. We’ve now introduced a collection of exclusive Street Sounds t-shirts from the British born music label which are poppin, lockin and electric boogalooin’. 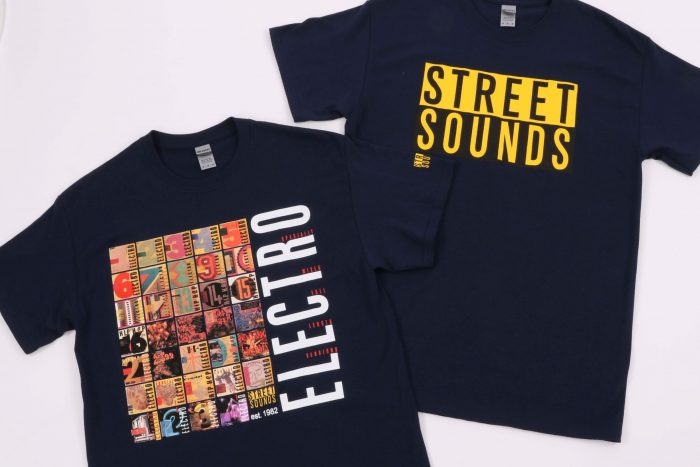 Above: The latest of collection of exclusive Street Sounds t-shirts now available from 80s Casual Classics.

With the Street Sounds label, it was all about the Electro compilations. Back catalogue classics like Street Sounds Electro Volume 1 from 1983 couldn’t capture 80s pop culture if it tried with tracks like ‘I’m the Packman (Eat Everything I Can)’ which samples the sounds of the classic 80s arcade game. The album takes you back to the UK’s B-boy heydays. Getting dizzy on the chequered lino from so much spinning around on your head to draining the batteries on your ghetto blaster so quick because the volume was turned up so high. The casual sportswear, the crews & the camaraderie, Electro was like a right of passage for many UK teenagers in the early 1980s. 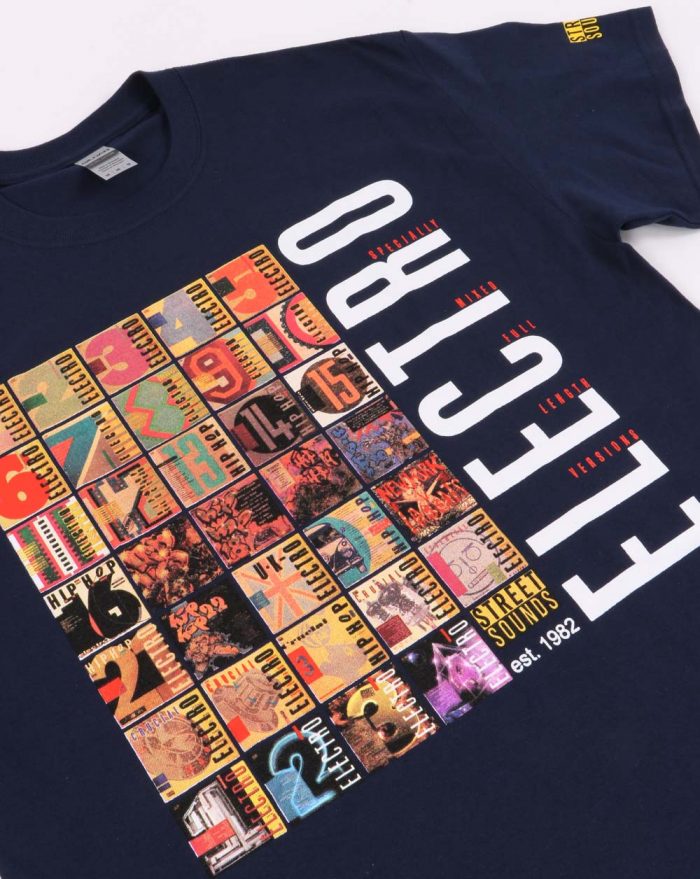 Street Sounds was founded by Morgan Khan in 1982 from his own love of music and a frustration of not being able to get gold of certain tracks because they were usually US imports. Capturing the eclectic Electro scene, Street Sounds became the “go to” label for teenagers looking to bag the latest Electro tracks that you literally couldn’t get anywhere else. Since its origins in the early 80s, Street Sounds has also pioneered various music genres from Hip Hop to House music across the UK and Europe.