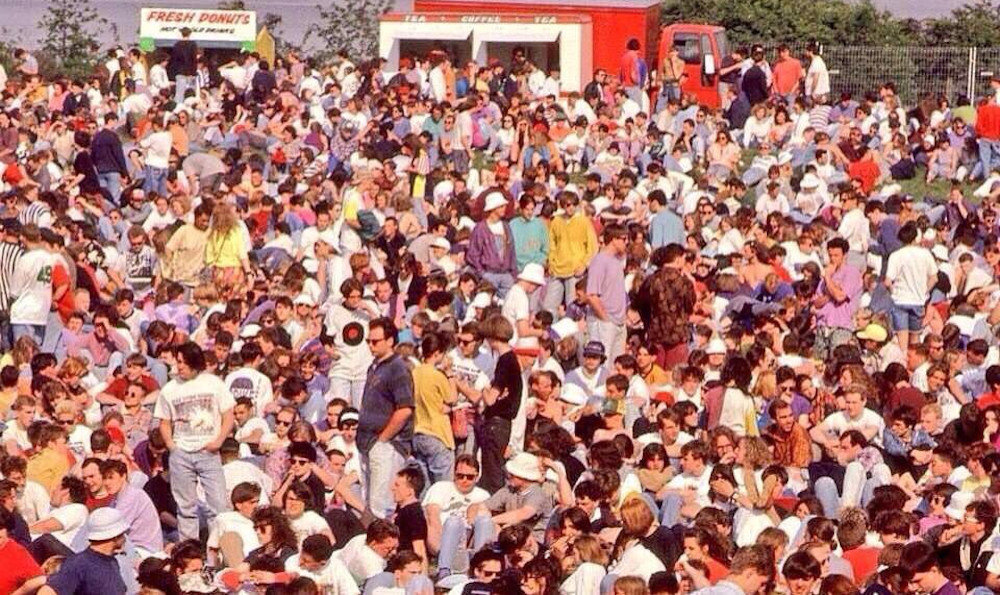 The legendary Spike Island concert saw The Stone Roses play to a sell out crowd on the Mersey Estuary back in 1990.

This May will mark the 30th anniversary of Spike Island and while a lot has changed over the last 30 years from New Labour to Brexit, there is still something very magical about the iconic Stone Roses concert from 1990. Traditionally rock ‘n’ roll royalty in the UK had played at Knebworth House but the idea for Spike Island was about merging together rave culture with the more traditional arena rock ‘n’ roll shows. The Madchester scene was in full swing and although The Stone Roses were nowhere near the squelching sounds of Acid and Roland TR series drum loops coming out of the doors of the Hacienda on Whitworth street, the band had pioneered the Madchester baggy scene. Spike Island was the brainchild of the then Roses manager, Gareth Evans, who lived near the area. A man made, toxic-waste dump on the Mersey Estuary in Widnes, Cheshire would be the location of what would go down in UK music folklore as one of the greatest gigs the country has ever seen. 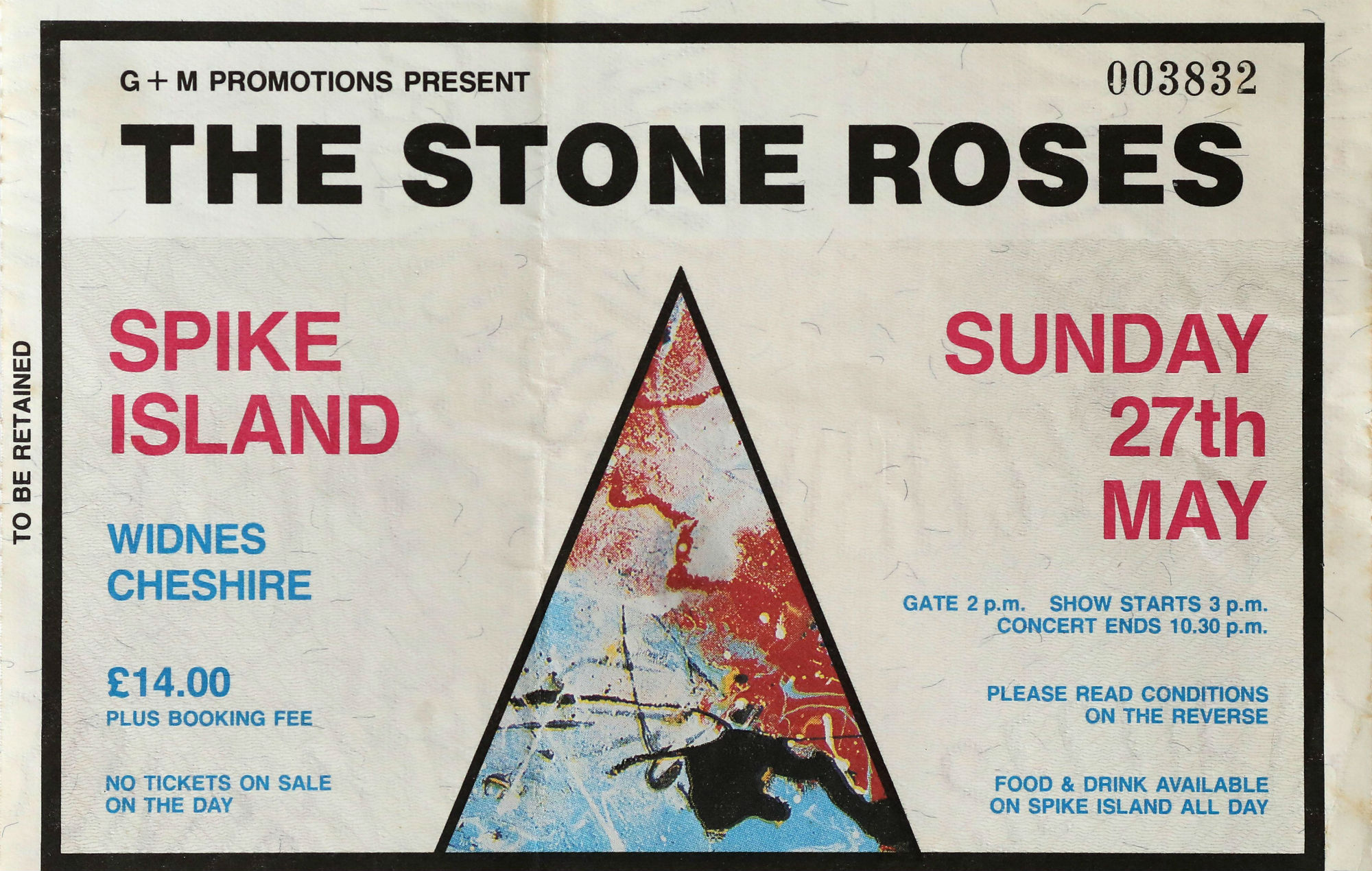 Above: An original ticket for the Spike Island concert in Widnes, Cheshire.

When speaking to the NME in 2010, Ian Brown said; “We wanted to do something outside the rock’n’roll norm and do it in a venue which had never been used for that sort of thing before. This was back in the days of raves, remember. We started out doing warehouse parties and we still had that mentality where we wanted to play different venues. We wanted to play places that weren’t on the circuit.” Spike Island clearly wasn’t on the circuit but compared with other legendary sell out gigs in the UK in the 90s such as Nirvana at Reading in 1992, or Oasis at Knebworth House in 1996, Spike Island was absolutely phenomenal. Apart from maybe their reunion gig at Heaton Park in Prestwich in 2012, Spike Island was the biggest and most memorable concert for the Madchester band of all time. A 30th anniversary of Spike Island with a range tribute acts was planned for May this year, however due to the ongoing coronarvirus outbreak, the event has now been re-scheduled for September 2020.

Above: The bucket hat was a key part of the Madchester baggy style.

There are many stories of people’s encounters of Spike Island like the fact The Stone Roses were absolutely terrible on the day due to the wind and the poor sound system. Some fans were even seen swimming in the Mersey Estuary before the concert with the largest mass gathering of bucket hats the world had probably ever seen. Support acts included Acid House royalty like Dave Haslam, Paul Oakenfold & Frankie Bones with The Stone Roses headlining to a crowd of around 30,000 fans. Some people have claimed that figure was more like 100,000 on the day but perhaps a mixture of over excitement & E’s might have pumped up the numbers a bit. Weeks later New Order would release World In Motion for the 1990 World Cup & England would reach the semi finals in Turin with Gazza in a flood of tears. Madchester was at its peak & Spike Island was just another part of 1990. 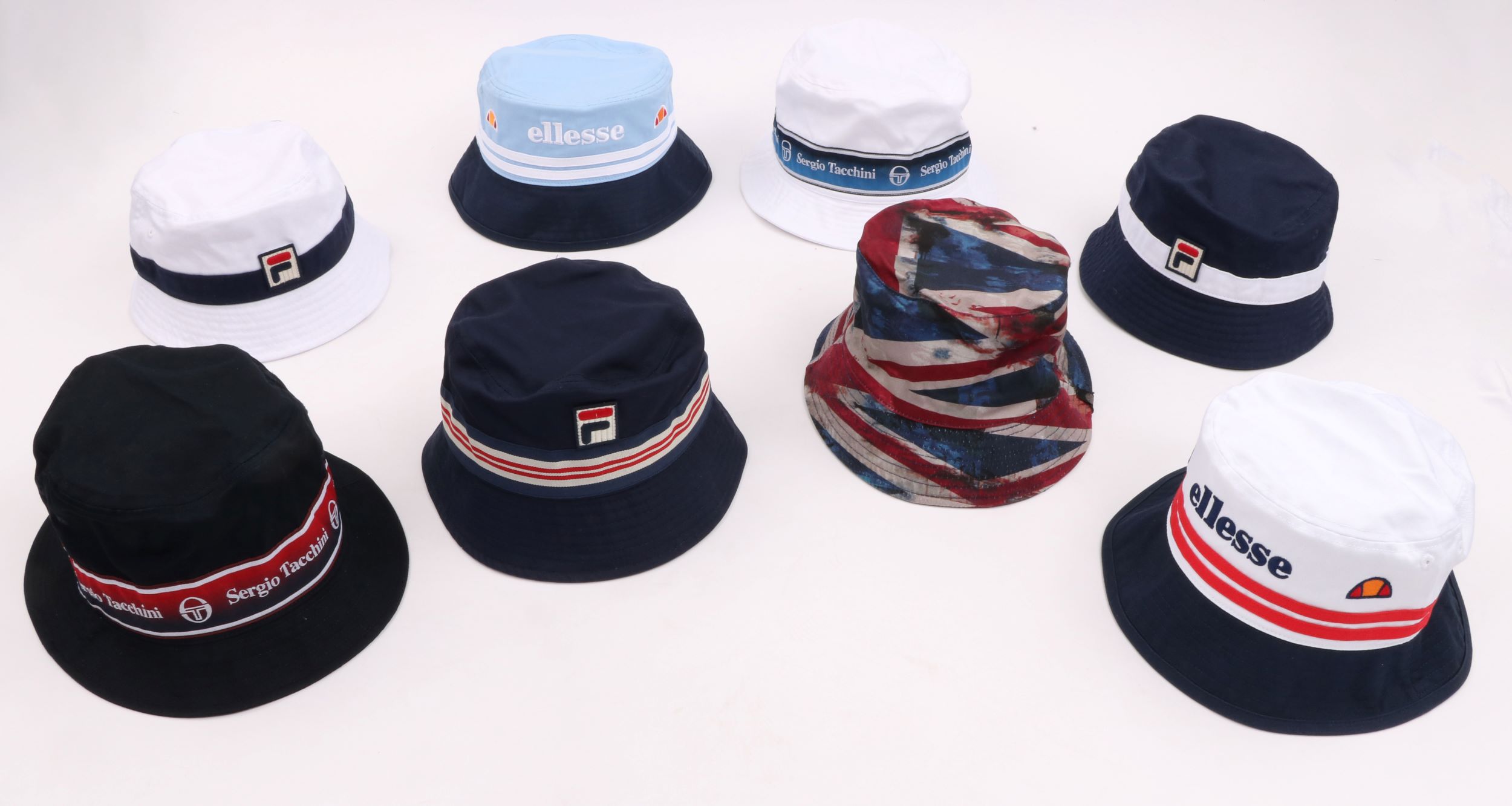 Above: Our latest selection of buckets now available from 80s Casual Classics.

It was the Stone Roses and Spike Island that really put the bucket hat on the music map. This festival bucket hat culture continued through the 1990s across the UK as well as spanning further a field to holiday destinations like Ibiza. Those that went to the Heaton Park reunion gig in 2012 will remember thinking to themselves they had probably never seen so many bucket hats at a mass gathering before. The same can probably be said for those who originally went to Spike Island! We’ve now introduced the classic bucket hat from a range of brands such as Sergio Tacchini, Fila, Ellesse, Pretty Green, Ellesse & Pretty Green.