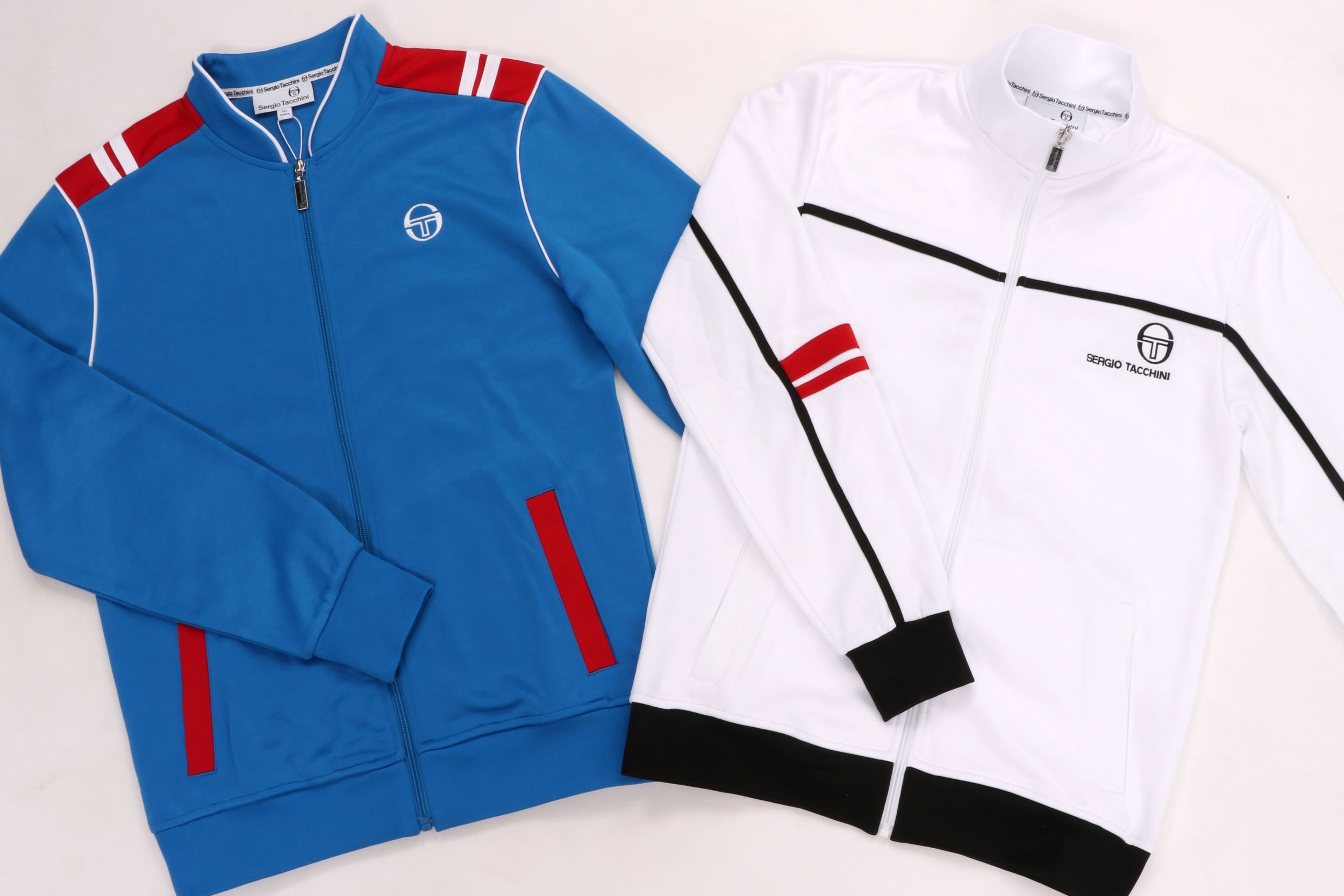 The Sergio Tacchini Frankie & Sammy track tops both give a nod to archive tennis styles and two characters from Nick Love’s cult classic ‘The Business’ from 2005.

Nick Love’s ‘The Business’ from 2005 played a phenomenal role in reviving casual sportswear from the 1980s. Filmed in and around Marbella in Spain, the film glamourized the ex-pat gangster lifestyle on the “Costa Del Crime” in the 1980s with flamboyant sportswear, expensive villas and flash cars. It wasn’t the stereotypical “football casual” look of the 1980s however. It was Club Tropicana for the ones that could afford to get on the guest list. Maybe it was just a bit of a fantasy but after watching the film we all wanted to jet of to Spain in some Sergio and re-live the dream. The Business is more than just a cult classic. It was one of the very first films to focus on the flamboyant tennis gear of the 80s era in such detail. Our latest Sergio Tacchini Frankie & Sammy track tops both give a nod to two of the main characters from the 2005 film. Frankie played by Danny Dyer & Sammy played by Geoff Bell. 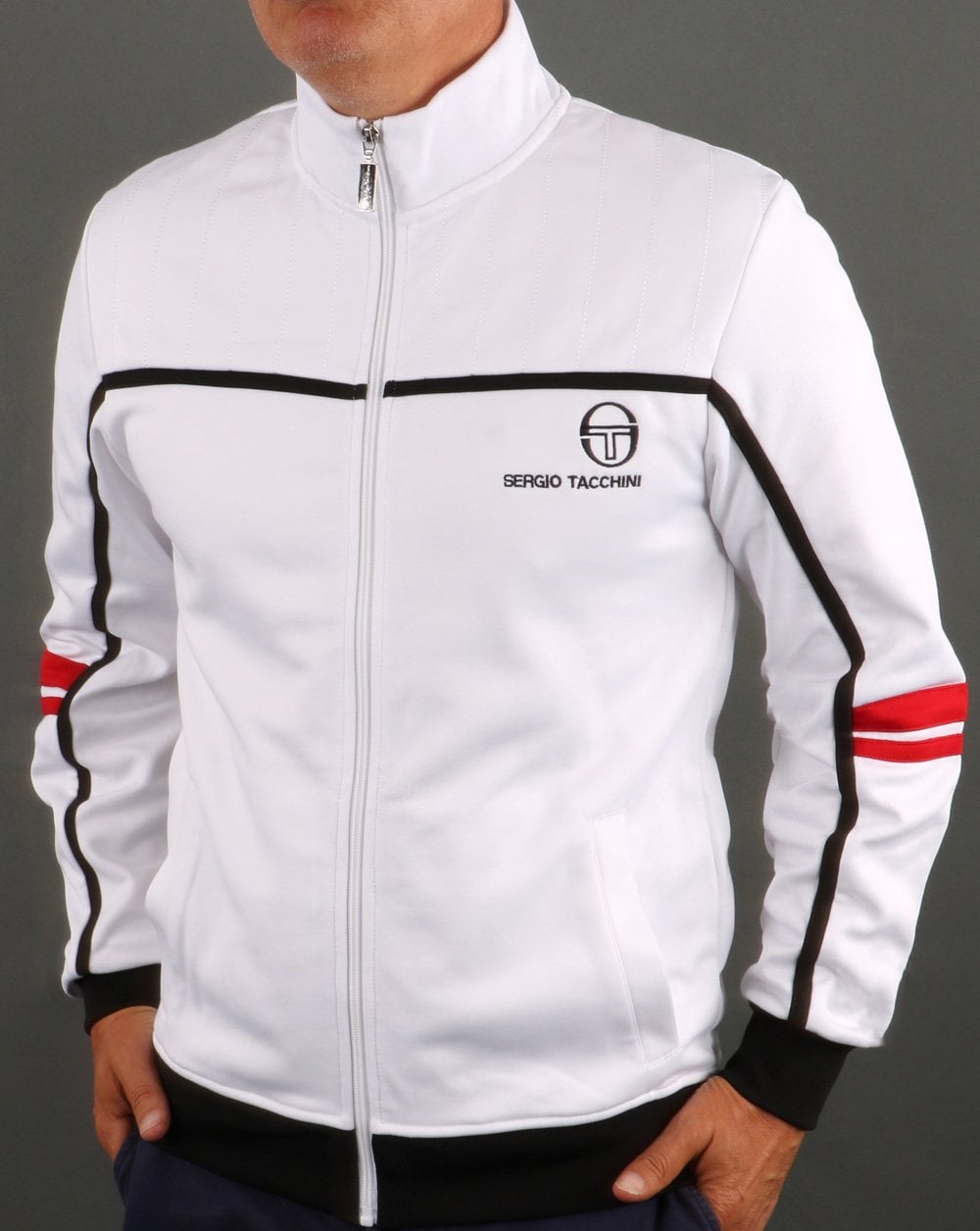 Although the Sergio Tacchini Frankie track top didn’t actually feature in the film, you could be easily mistaken for thinking it did. The archive inspired style takes it name from Danny Dyer’s character, Frankie, a young impressionable lad from South East London. After beating his mother’s abusive boyfriends Frankie goes on the run in Spain where he teams up with Charlie aka The Playboy played by Tamer Hassan. Frankie becomes submerged deeper into the ex-pat criminal underworld with loads of classic Sergio Tachini & Fila along the way. Features of the Frankie track top includes contrasting black stripes to the chest and sleeves with classic ST branding to the left chest. 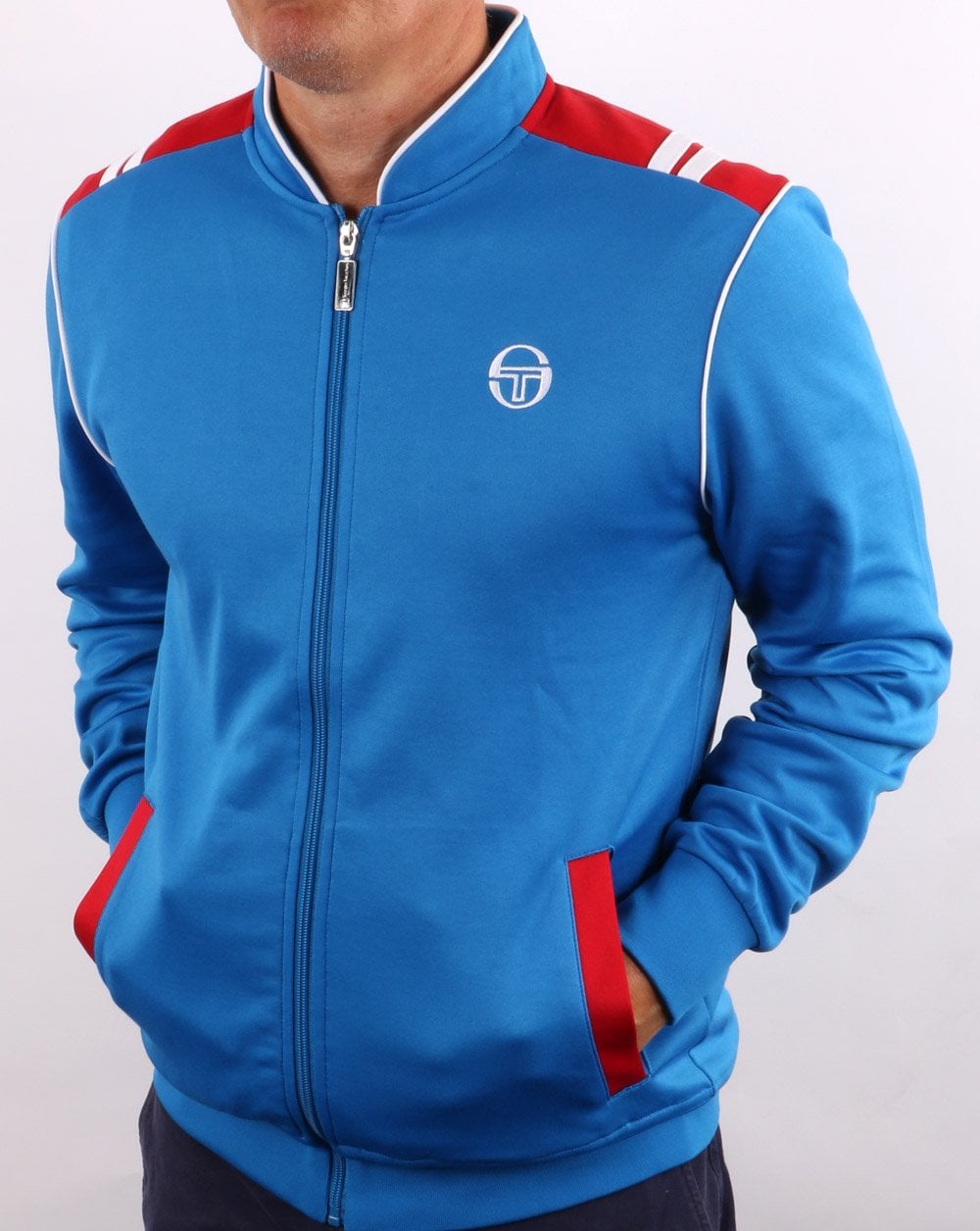 The same goes for the Sergio Tacchini Sammy track top. Another archive inspired track style which takes it’s name from Geoff Bell’s psychotic character, Sammy. Sammy takes an instant dislike to Frankie, which later ends in a feud between him and Charlie. Frankie & Sammy try to resolve their issues in one of the final scenes of the film which ends sourly in a sewage pipe with the Spanish navy. The Sergio Tacchini Sammy track top features an old school 80s McEnroe vibe with added piping around the collar & shoulders. The striking French blue track top is finished off with contrasting shoulder panels in red for that ultimate retro Tachini tennis style.