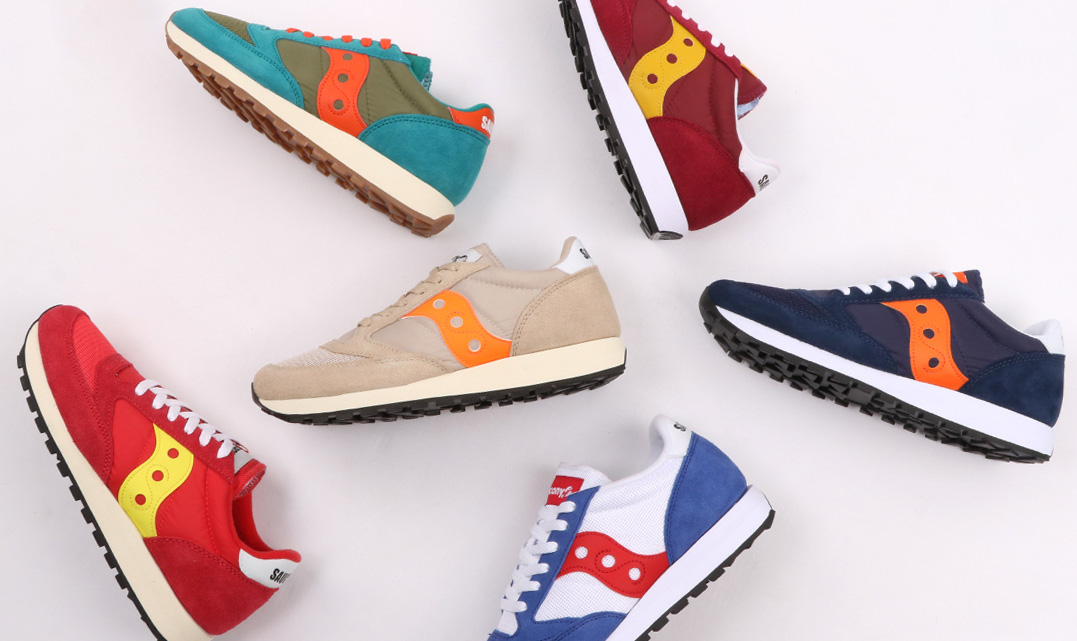 The 1980s saw Saucony introduce a range of running styles such as the Jazz trainer with runners needs at the forefront of the design process and the latest trainer tech.

Not many trainers out there can really claim the same ‘sneaker status’ like the Saucony Jazz trainer can. Trainers like the Saucony Jazz mark the very beginning of a series and in the case of the Jazz the start of something very special. For example; the Nike Air Max 1, the original Asics Gel-Lyte and the New Balance 990 trainers all share a similar story to the Jazz .They were all the start of a running trainer legacy that over the years has grown into something a lot larger. The Jazz wasn’t just one of the first trainers Saucony introduced in the 1980s, but it also started a running revolution for the Massachusetts based sportswear brand. The 1980s saw the latest running trainers also crossing over into the lifestyle spectrum without sacrificing the need for performance, trainer technology and function. Sportswear brands were competing to see who could introduce the best running shoe of them all, with Saucony getting in on the action with the introduction of their Jazz trainer in 1981. 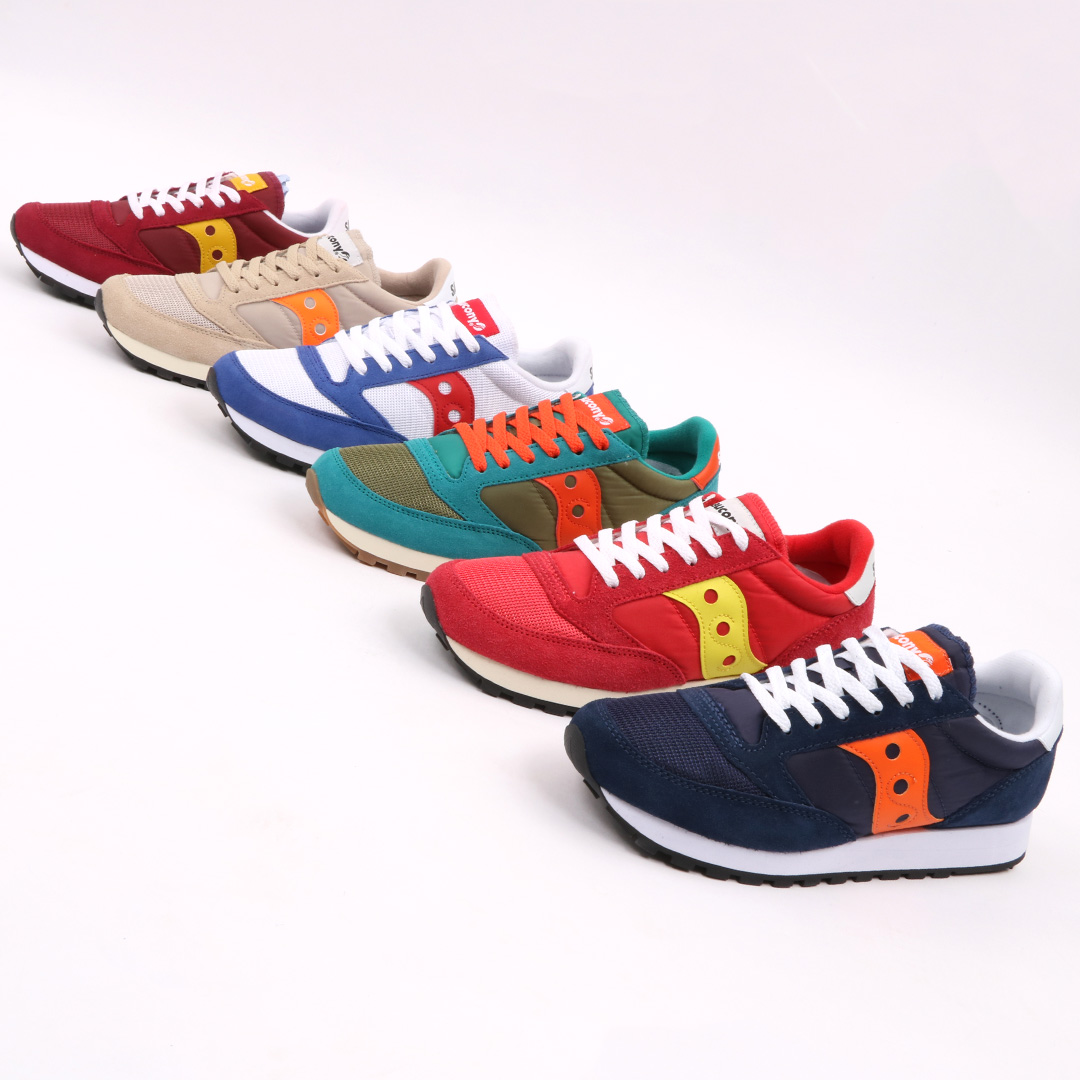 Above: The Saucony Jazz trainer in an assortment of new colourways now available from 80s Casual Classics.

The Saucony Jazz trainer started a legacy of classic runners which were also born in the 80s. The DXN trainer (1983), the Bullet trainer (1985), the Shadow Original (1985) and the Shadow 5000 (1989) continued the Jazz running legacy & DNA with subtle design updates and clever marketing taglines such as ‘Survival Of The Fastest’, a Saucony play on Darwin’s evolution theory. The Rod Dixon connection and endorsement with the DXN trainer catapulted Saucony onto the global running stage. 2 years after the release of the Jazz and thanks to its well received reception from runners across the world, Saucony were now designing shoes in collaboration with New York City marathon winners. Would this of happened without the introduction of the Jazz? Probably not. The Jazz trainer was the first shoe that really put Saucony on the map of the new breed of running/lifestyle shoes that flooded the early 80s footwear and fitness market. 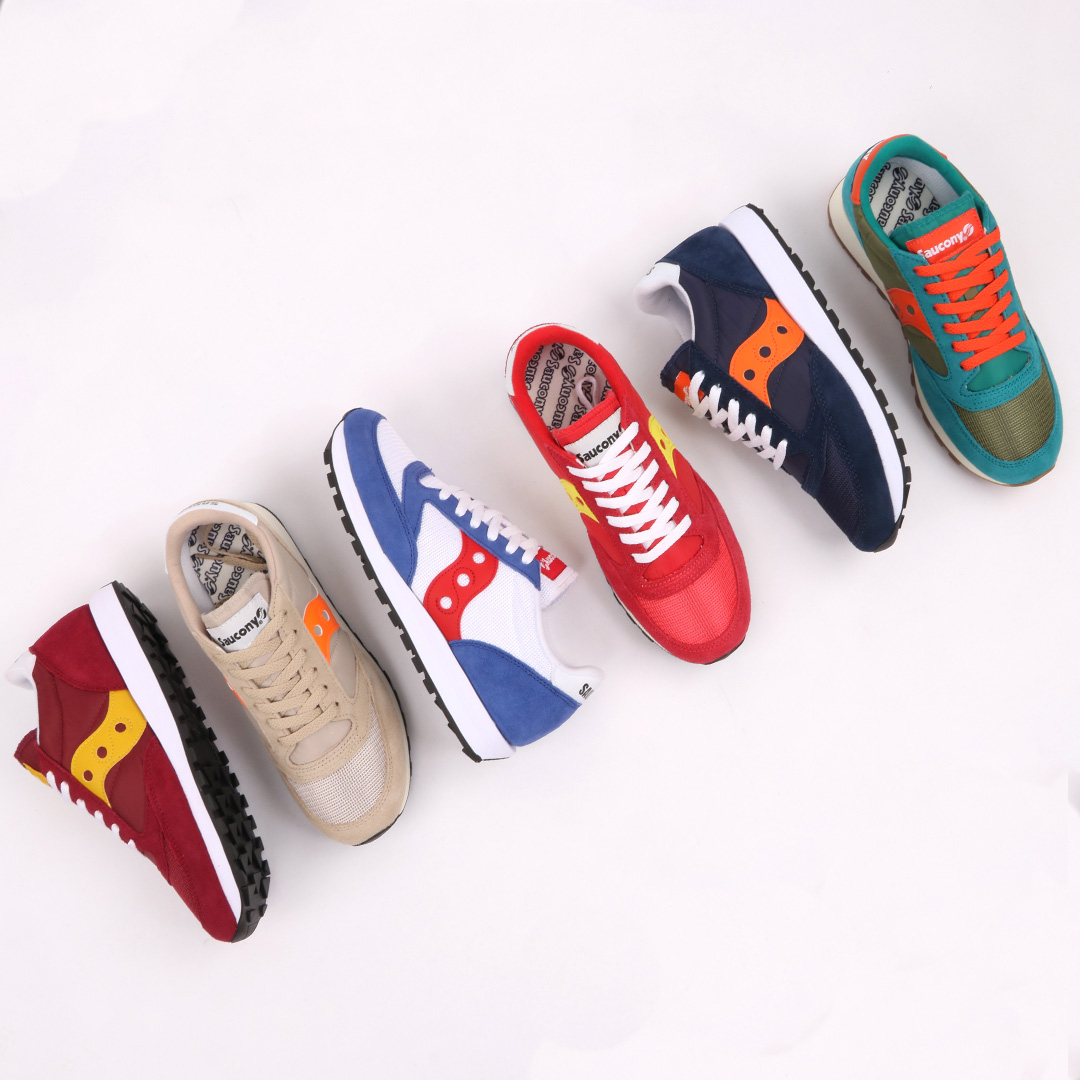 Above: The Saucony Jazz trainer in an assortment of new colourways now available from 80s Casual Classics.

Now introduced in some fresh new colourways, the Saucony Jazz returns to 80s Casual Classics with all that original ‘Jazzy’ retro running goodness. The original 80s running shoe features a mixture of suede and nylon uppers with the addition of mesh to the toevamp for added breathability on foot. The introduction of a double foam midsole and vulcanised rubber outsole adds even further support and stability to the understated Saucony running shoe. Available colourways include everything from teal & orange to maroon & yellow to navy & orange, making it a great shoe to mix and match colourways. If colourful trainers, comfort and classic 80s running style is your thing, the Saucony Jazz is without question the trainer for you!