X
This site uses cookies to provide and improve your shopping experience. If you want to benefit from this improved service, please opt-in. Cookies Page.
Accept Cookies
80's Casual Classics80's CC NostalgiaEverything You Need To Know About The Reebok Ex-O-Fit Trainer
Menu 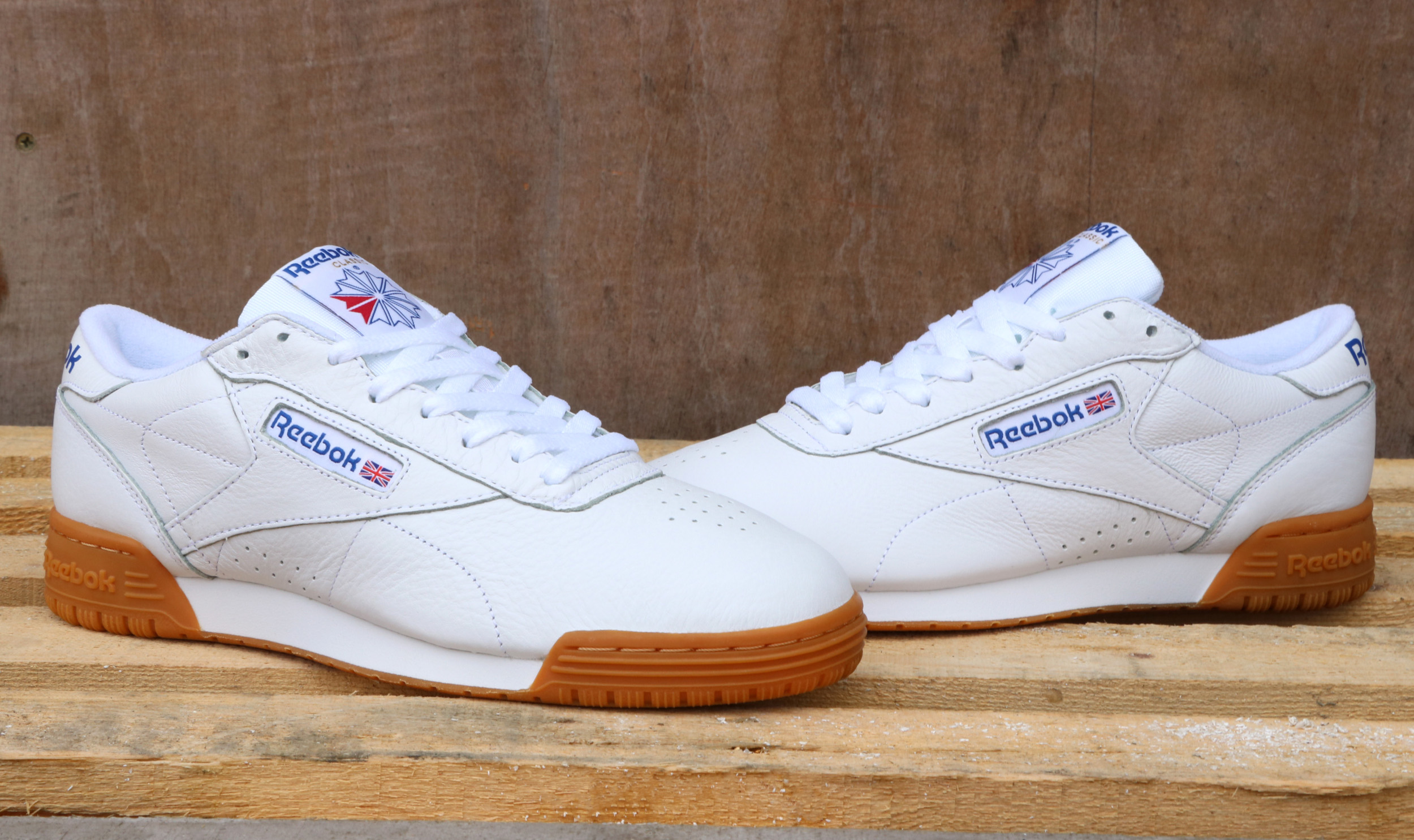 The Reebok Ex-O-Fit trainer was first introduced in 1983 as a male equivalent of the Freestyle from the previous year.

It was the 80s where the magic of fitness footwear really started for Reebok. Seeing a gap in the market, the Bolton born sportswear brand embarked on a new fitness venture, looking to capitalise on the growing number of fitness freaks, gym goers and leotard lovers. So when did the fitness takeover start for Reebok? Well 1982 would be a good year to start with the launch of the Reebok Freestyle trainer which was closely followed by the Reebok Ex-O-Fit trainer a year later. The Freestyle was Reebok’s very first fitness shoe which was specifically designed for women and aerobic exercise. Moving into the 80s there was a seismic change not only with pop culture and fashion, but also a new found passion for getting in shape. Films like Flashdance from 1983 really captured this new aerobic dance craze. There was also a range of fitness & workout VHS videos available at the time from the American actress & activist, Jane Fonda, which allowed non gym goers to workout in the comfort of their own living rooms. The Freestyle Hi actually featured in these workout videos allowing the shoe to connect with and inspire a new ‘home workout’ audience.

The Freestyle was a huge success but the only problem was that it was mainly marketed at women. Reebok needed a male equivalent to also cash in on the rise of the male gym goer courtesy of all action movie stars like Arnold Schwarzenegger & Sly Stallone with their testosterone enhanced physiques. Selling a certain pumped up physique without the advantage of steroids might have been a complete lie, but there was no deception about Reebok’s fitness range. In 1983 the brand introduced the Reebok Ex-O-Fit trainer as a new male equivalent of the Freestyle. 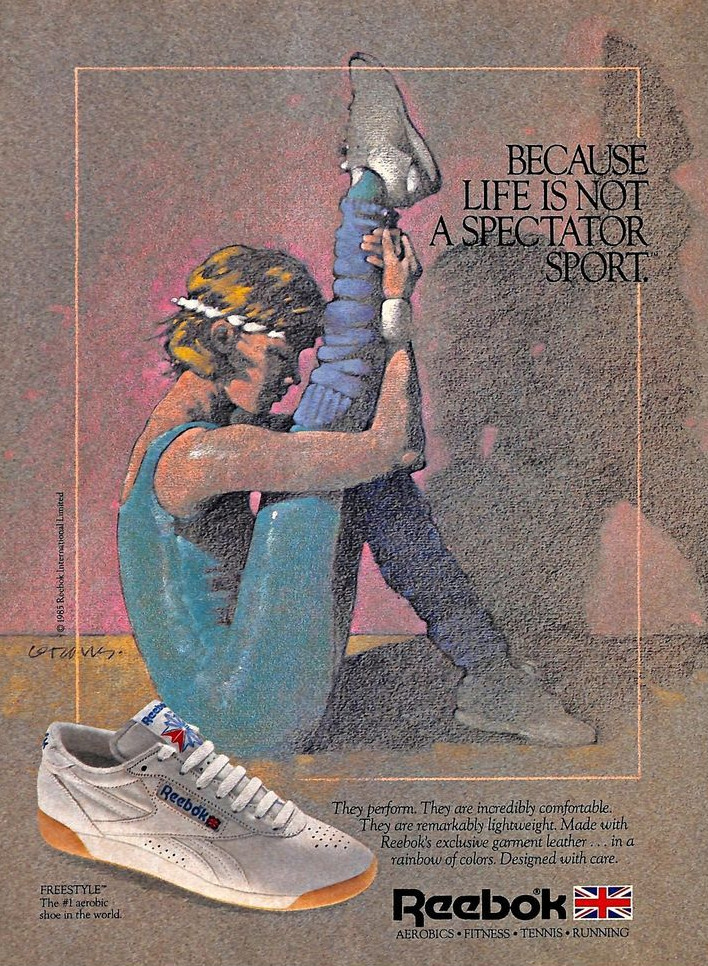 Above: The #1 areobic shoe in the world, an original magazine advert for the Reebok Freestyle advert from the 1980s.

The same year that Reebok introduced the legendary Classic silhouette, also saw the release of the Ex-O-Fit trainer. Following an almost identical appearance to the Freestyle, the original Ex-O-Fit trainer featured a single Velcro strap, white leather uppers with terry towelling to the ankle support and was also available in high & low forms. Although the Ex-O-Fit trainer was mainly marketed at men, it still had a unisex appearance about it which allowed Reebok to cater for both genders of the 80s fitness fanatics. The Freestyle & the Ex-O-Fit are just as important as the Workout, the Classic & the Club C when we talk about classic Reebok exercise styles from the 80s. 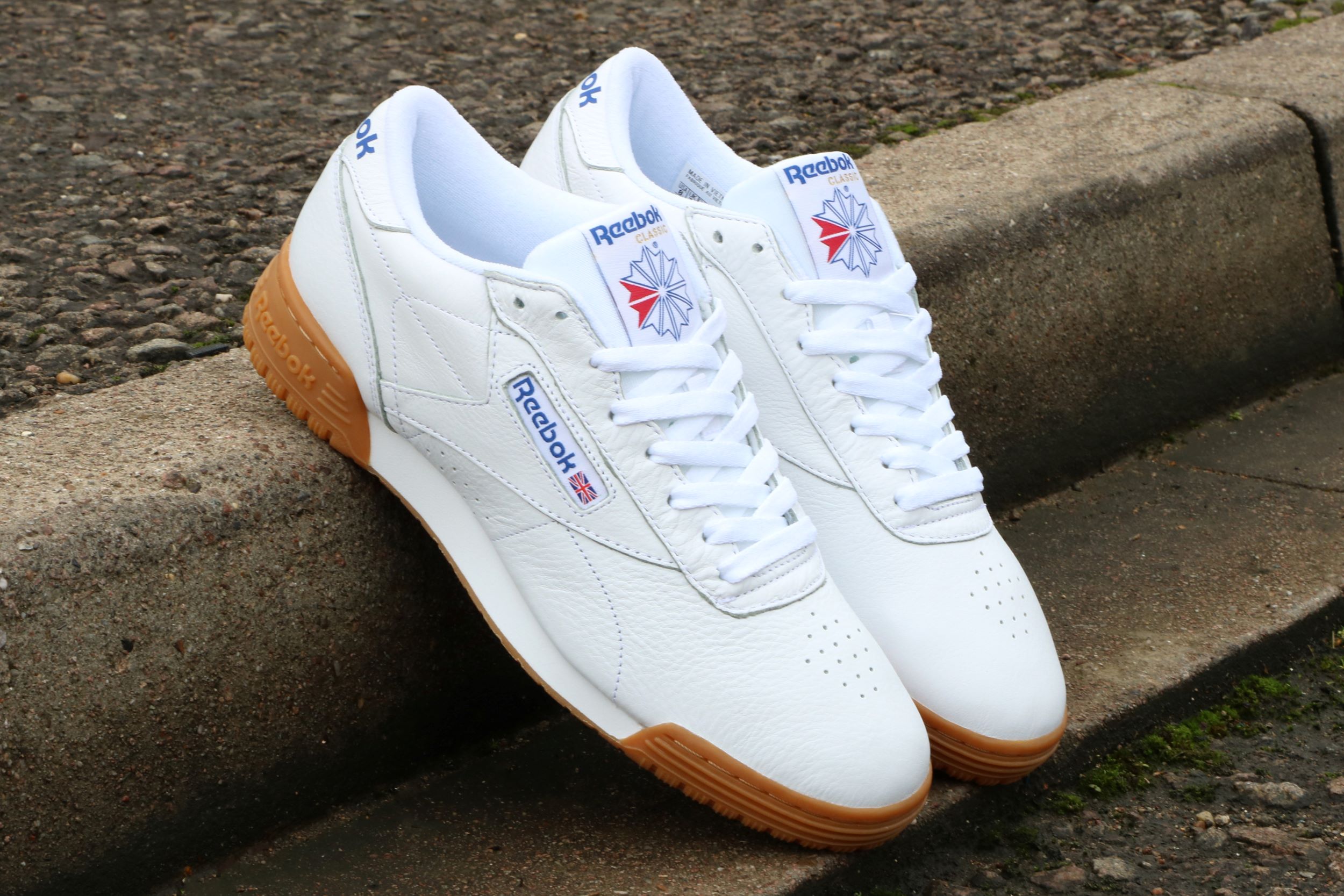 The latest Lo version of the Ex-O-Fit is now introduced to 80s Casual Classics with all its original fitness charm. Highlights of the 80s casual trainer include soft leather uppers in white, padded ankle supports and perforations to the toe vamp and side walls just like the OG 80s model did. Other highlights include union jack branding to the sides and a gum sole unit for that ultimate retro Reebok style.