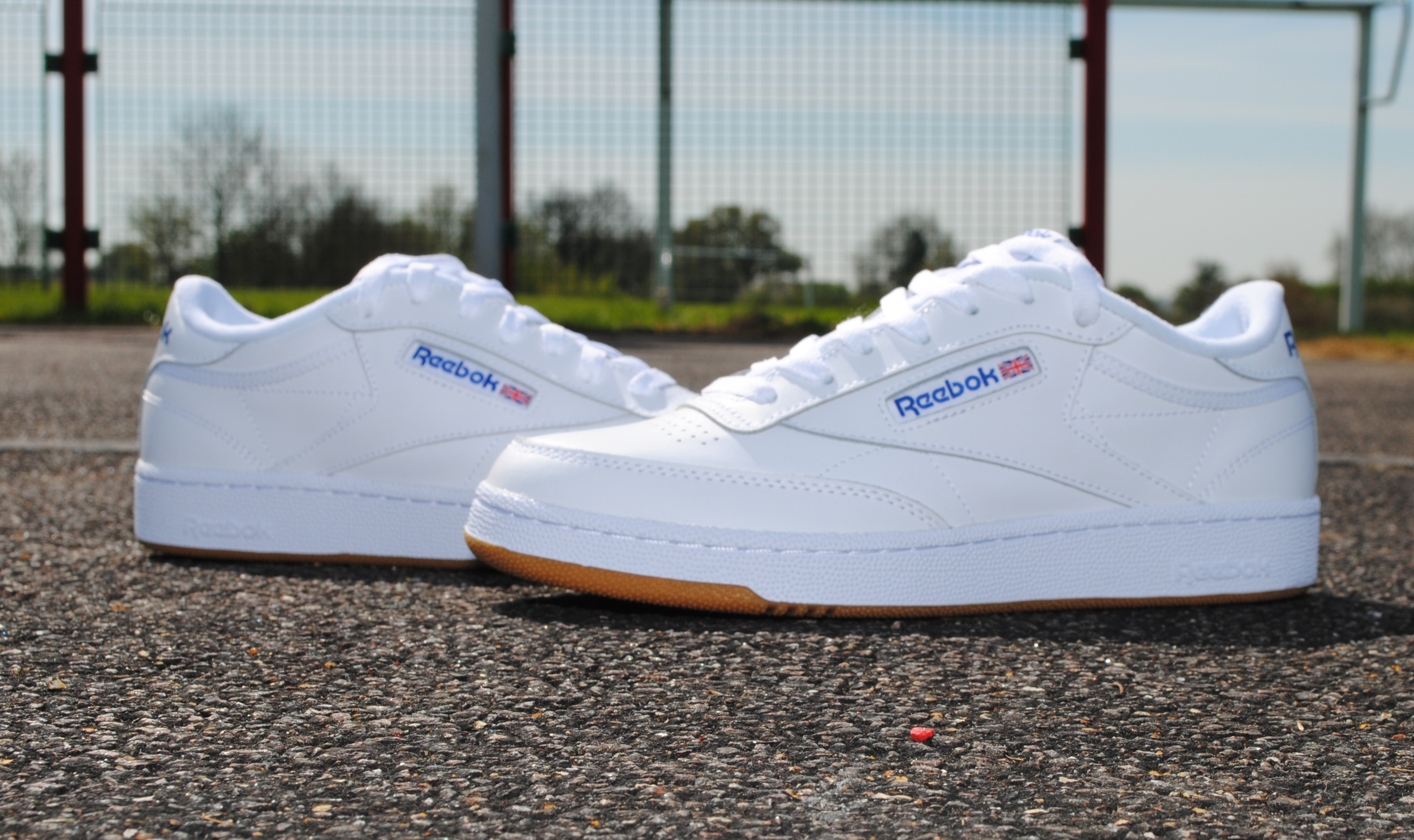 The Reebok Club C 85 trainer was born from of an era of classic leather designs and the 80s fitness revolution.

If there is one thing that the majority of classic Reebok trainers from the 1980s have in common is that they were all relatively simple in design. Whilst the likes of Nike, adidas & ASICS were creating running shoes & technology that looked like they had just flown back in a time machine from 2035, Reebok were keeping things simple. The design concept was pretty straight forward, create a range of all leather styles that can be used for varied fitness activities. Seeing a gap in the fitness boom of the 80s, Reebok took over the gyms and fitness studios with their simple, yet very effective, all leather designs. From running to tennis to aerobics, Reebok absolutely smashed the 80s by introducing classic styles like the Revenge Plus, the Phase 1, the Workout, the Classic Leather & the Club C 85, all literally within a few years of each other. Each design was built for a purpose, function and overall comfort. The Reebok Club C 85 trainer was Reebok’s own take on the classic tennis shoe and although they didn’t have the likes of John McEnroe, Stan Smith, or Björn Borg endorsing it, it’s still one of their most well known tennis shoes of all time. 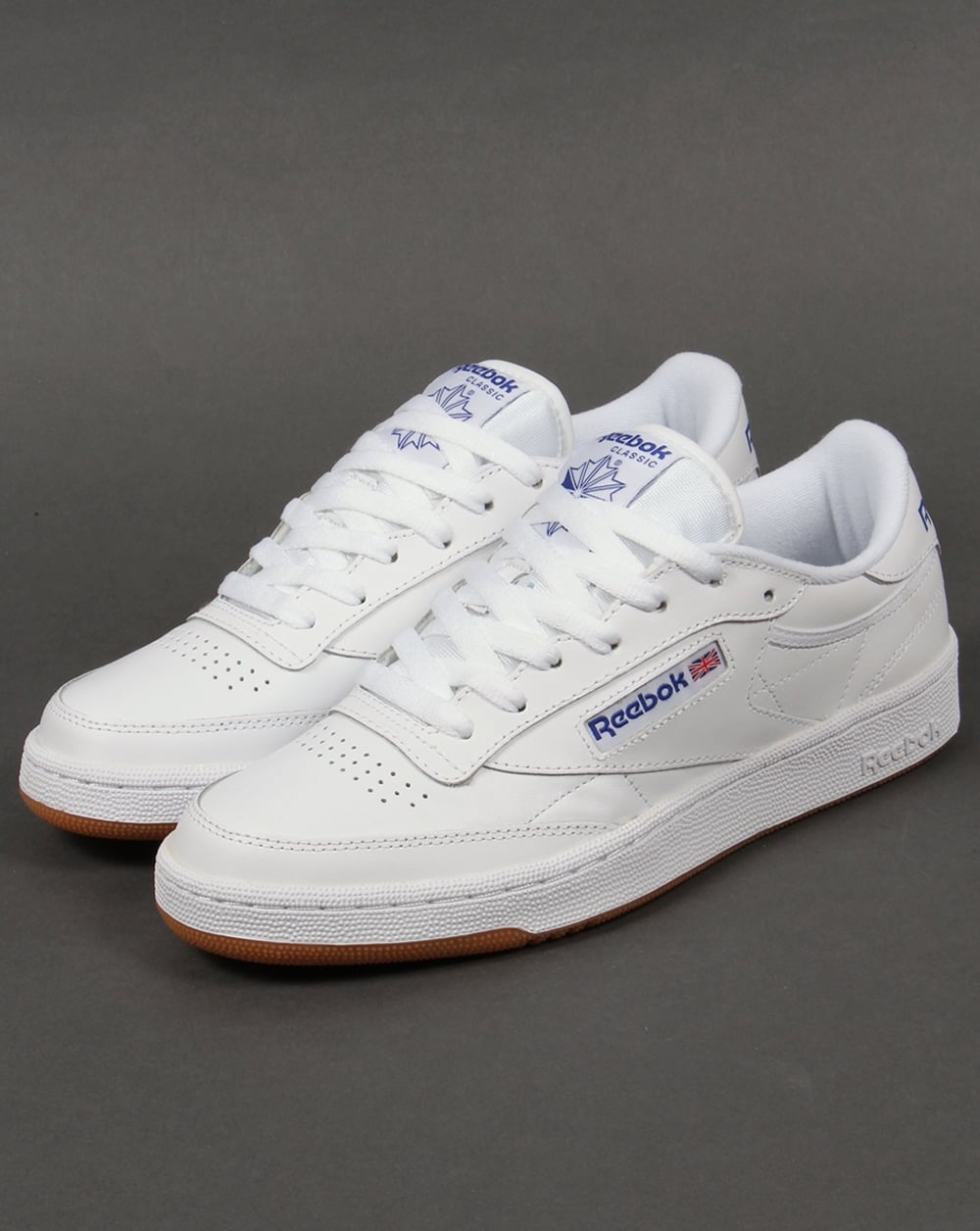 First introduced in 1985, the Club C utilised its slightly older sibling, the Revenge Plus, as the base for it no fuss design.  The ‘C’ was an abbreviation of Club, with clear name & marketing inspiration for the tennis clubs & its members. In the mid 1980s the demand for casual sportswear & tennis trainers was at an all time high. 1985 also saw adidas introduce new versions of the Lendl as well as their own Wimbledon GL trainer. PUMA on the other hand had kitted out Boris Becker in a pair of high top ‘Winners’ as he became the youngest player to win Wimbledon. The tennis trainer market was booming and Reebok also wanted in on the action. The Club C was their golden ticket into the wonderful world of tennis trainers. 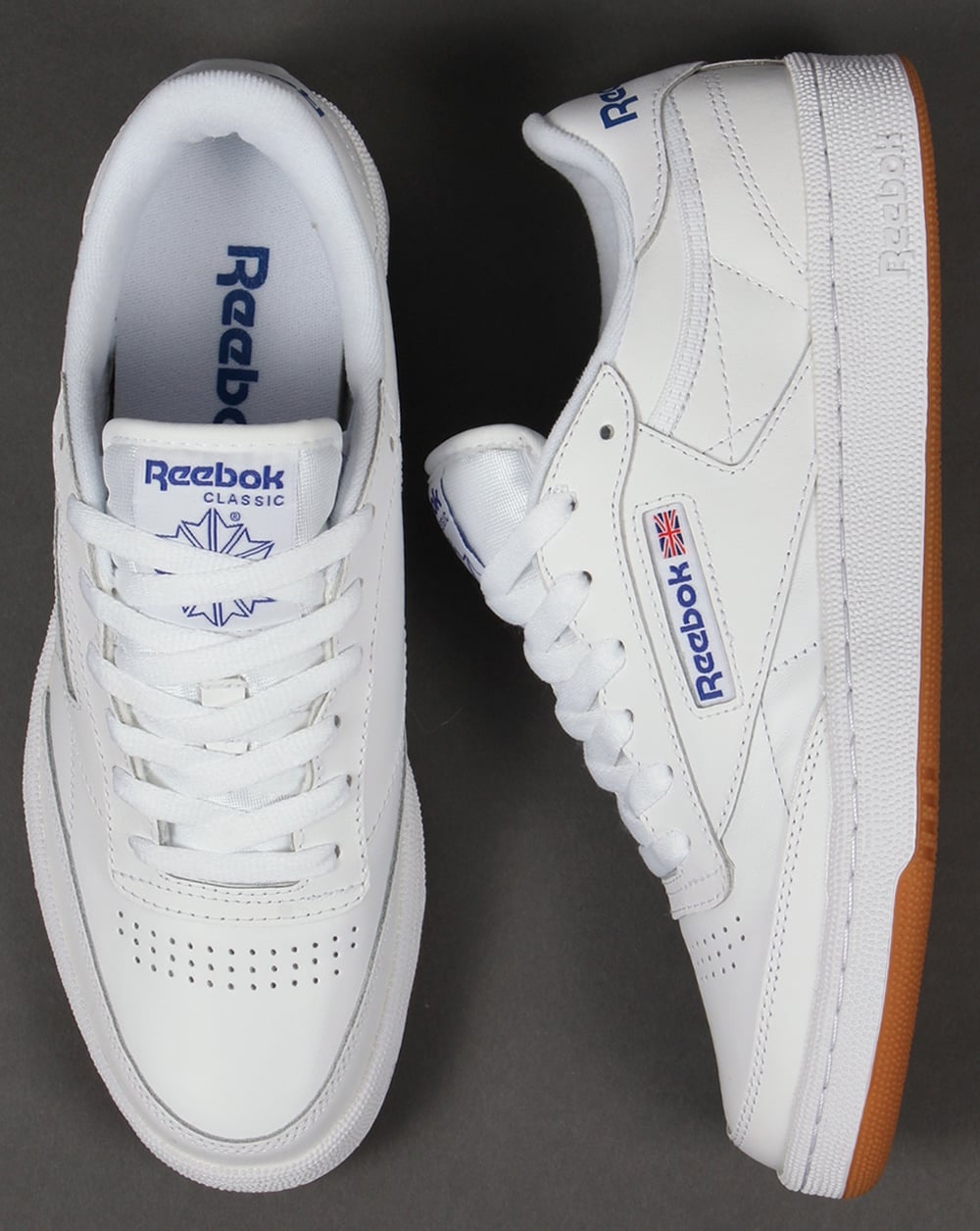 Just like other classic 80s Reebok trainers, the Club C 85 has become something of an icon and has seen numerous re-releases over the last 35 years. With exclusive collaborations with modern day hip hop artists such as Cardi B & Kendrick Lamar, it’s clear the street popularity of the Club C 85 is just as relevant today as it was to the OG 80s fitness wearers. Whilst other OG silhouettes have been re-vamped and updated, the modern day Club C remains unchanged to this day. 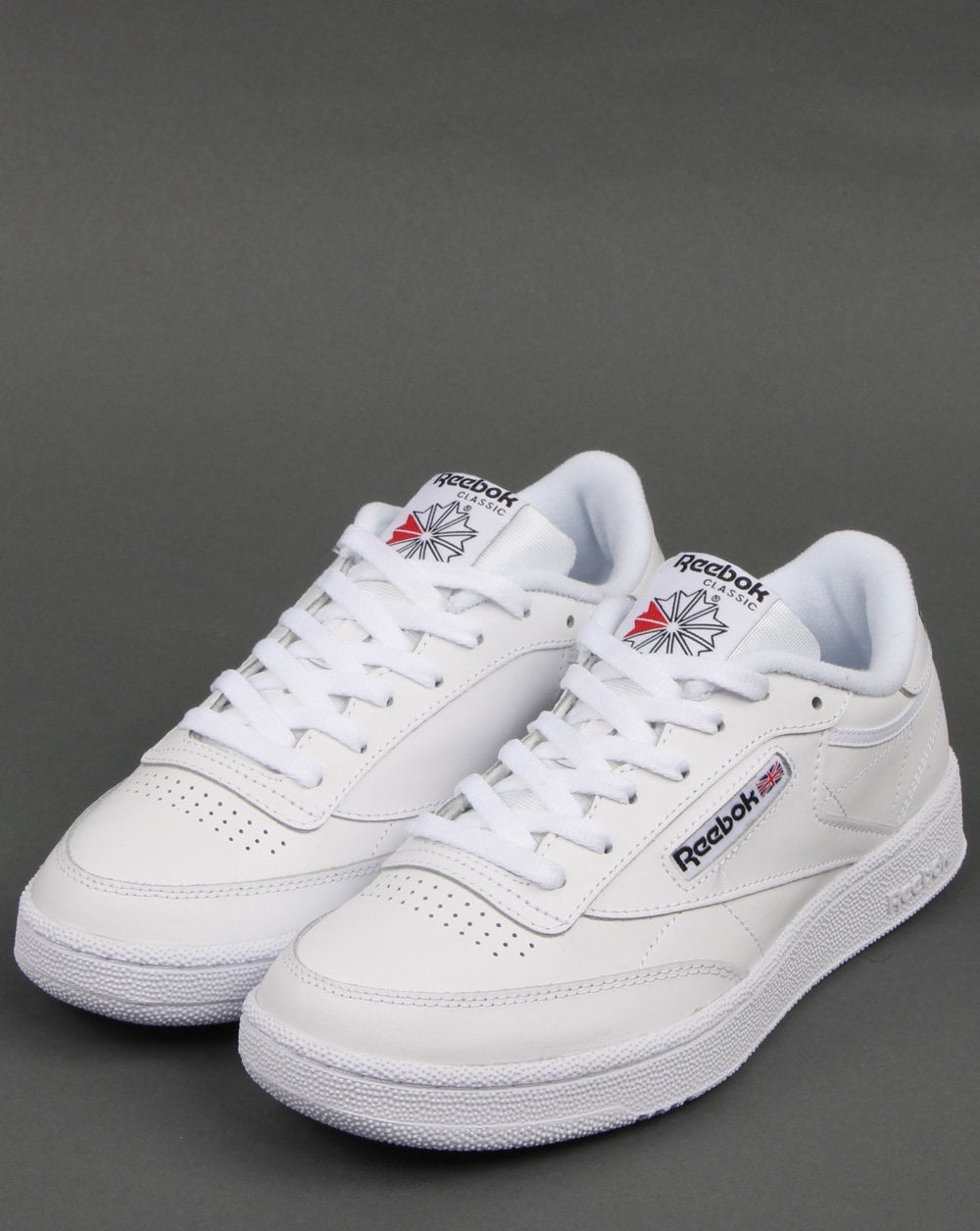 The Club C 85 now returns to 80s Casual Classics with its signature leather uppers and Union Jack logo to the sidewalls. Original performance features include added perforations to the toe vamp & terry towelling to the sock liner for that OG 80s fitness vibe. Just as good today as it was after its original release back in the mid 80s, the Club C 85 is a great all occasions trainers and looks the business with jeans, joggers or even shorts for the warmer weather. 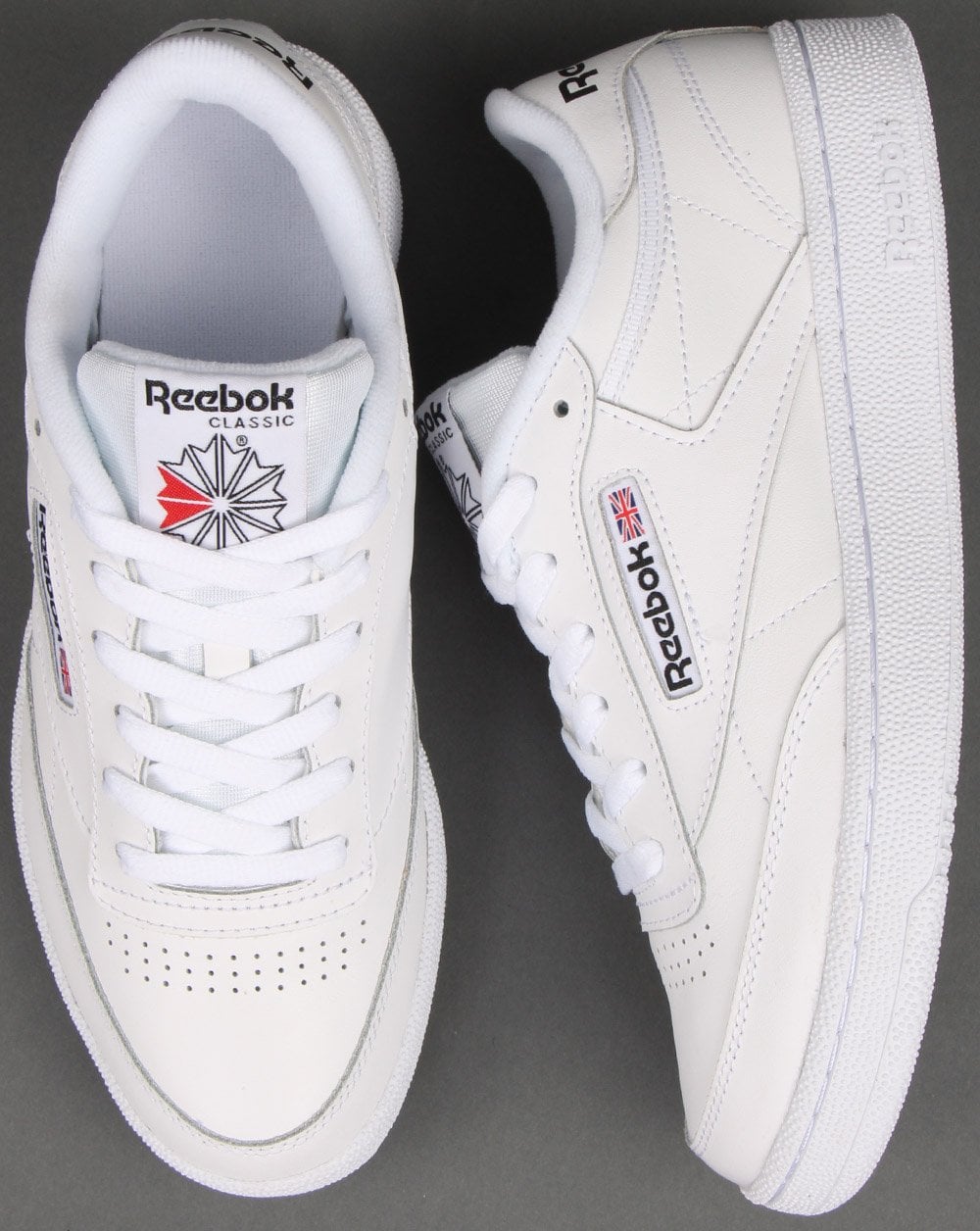