X
This site uses cookies to provide and improve your shopping experience. If you want to benefit from this improved service, please opt-in. Cookies Page.
Accept Cookies
80's Casual Classics80's CC NostalgiaEverything You Need To Know About The PUMA Roma 68 Trainer
Menu 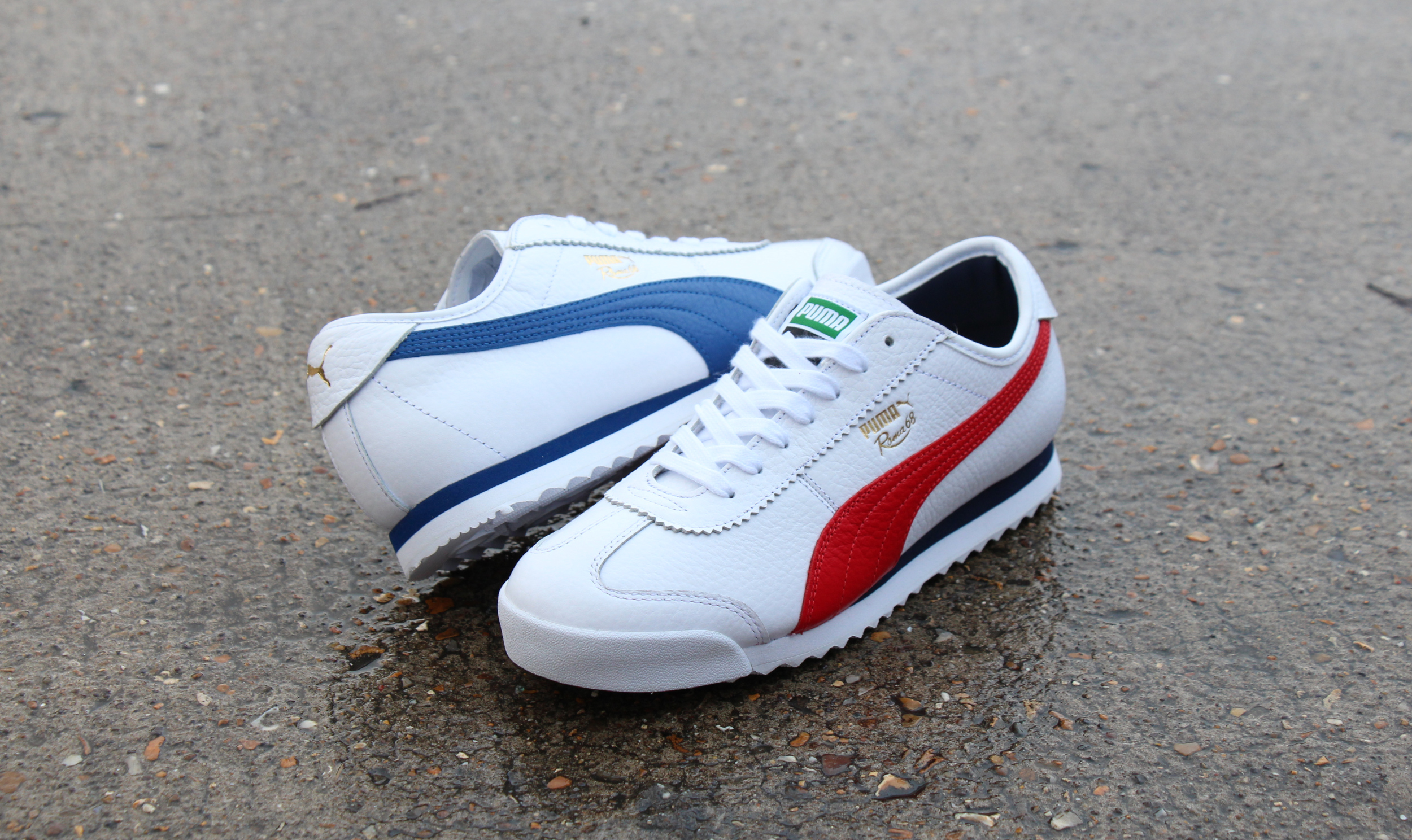 Everything You Need To Know About The PUMA Roma 68 Trainer

The PUMA Roma 68 trainer was originally released to celebrate the UEFA Euro Championship in Italy back in 1968.

Although the PUMA Roma 68 trainer may have officially launched in 1968, its definitely got a certain 80s swagger about it. What’s great about a lot of sports shoes from this particular era, and the same goes for adidas, is how the lines between performance and lifestyle then merged together throughout the 70s and 80s. Subtle updates and re-releases introduced the shoe to new wearers with the introduction of full tracksuits on the streets and jeans with trainers on the terraces. At the turn of the 1980s the PUMA Roma 68 had found a new home. Originally released to celebrate the UEFA Euro Championship in Italy back in 1968 of which Italy also won, the Roma was a training shoe specifically designed for the track. The running heritage of PUMA had already seen the German athlete, Armin Harry, cross the finish line wearing a pair of PUMA’s at the Rome Olympics in 1960 as competition between the Dassler brothers took place on the global athletics stage. The Roma was initially introduced as a training shoe for athletes but it was its sporty looks that saw it become a popular trainer among the trainer fans of the 70s, the casuals of the 80s and the Britpoppers of the 90s. 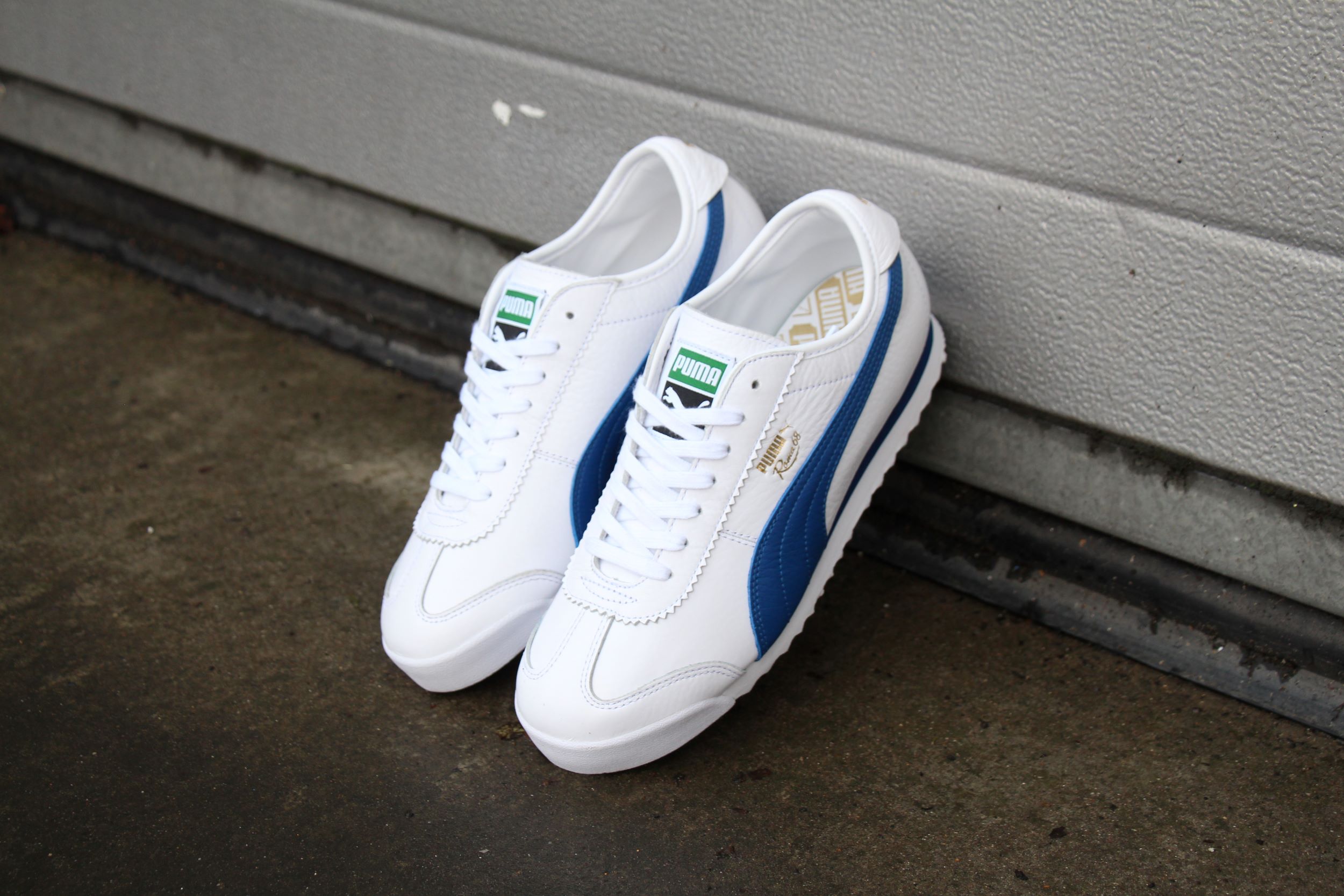 Above: The PUMA Roma 68 trainer in white/blue now available from 80s Casual Classics.

The PUMA Roma has been re-issued numerous times over the last 50 years finding new admirers along the way. The Roma was a massive terrace style for the casuals of the 80s and a great trainer style to wear with jeans. The Roma also saw a resurgence through the 90s thanks to the revival of retro sportswear and Britpop regularly getting spotted on the feet of a variety of artists. The 90s Roma style saw the retro trainer usually teamed up with boot-cut jeans and track tops. In 2008 the Roma was re-issued for a very special Italia 68 release in celebration of the trainers 40th anniversary and featured the Italian national team football badge to the tongue and the iconic azurri blue of the football shirts. 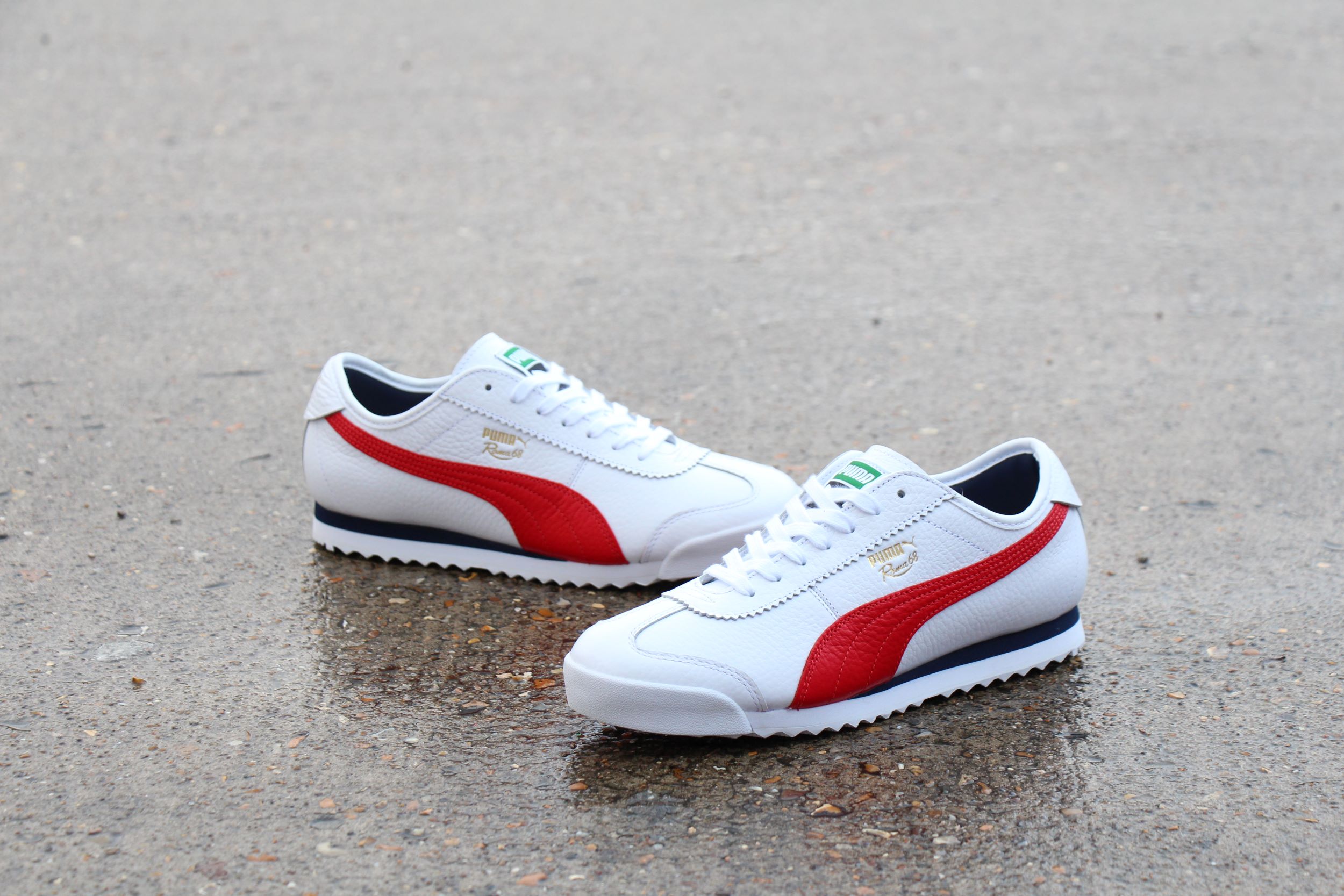 Above: The PUMA Roma 68 trainer in white/red now available from 80s Casual Classics.

PUMA have now revived the classic track style from the Herzogenaurauch sportswear archives. Now introduced to 80s Casual Classics with clean white leather uppers as well as the iconic T-toe detailing to the toe cap. The clean white uppers are transformed with contrasting blue or red track stripes to the sides alongside ‘Roma 68’ branding in gold foiling. An overlapping leather heel tab completes the retro look to the rear with an EVA midsole and a grippy rubber outsole given a nod to the shoe’s sporting heritage. The Roma is a great addition to any footwear collectors wardrobe and is now available from 80s Casual Classics in a duo of retro inspired colourways.