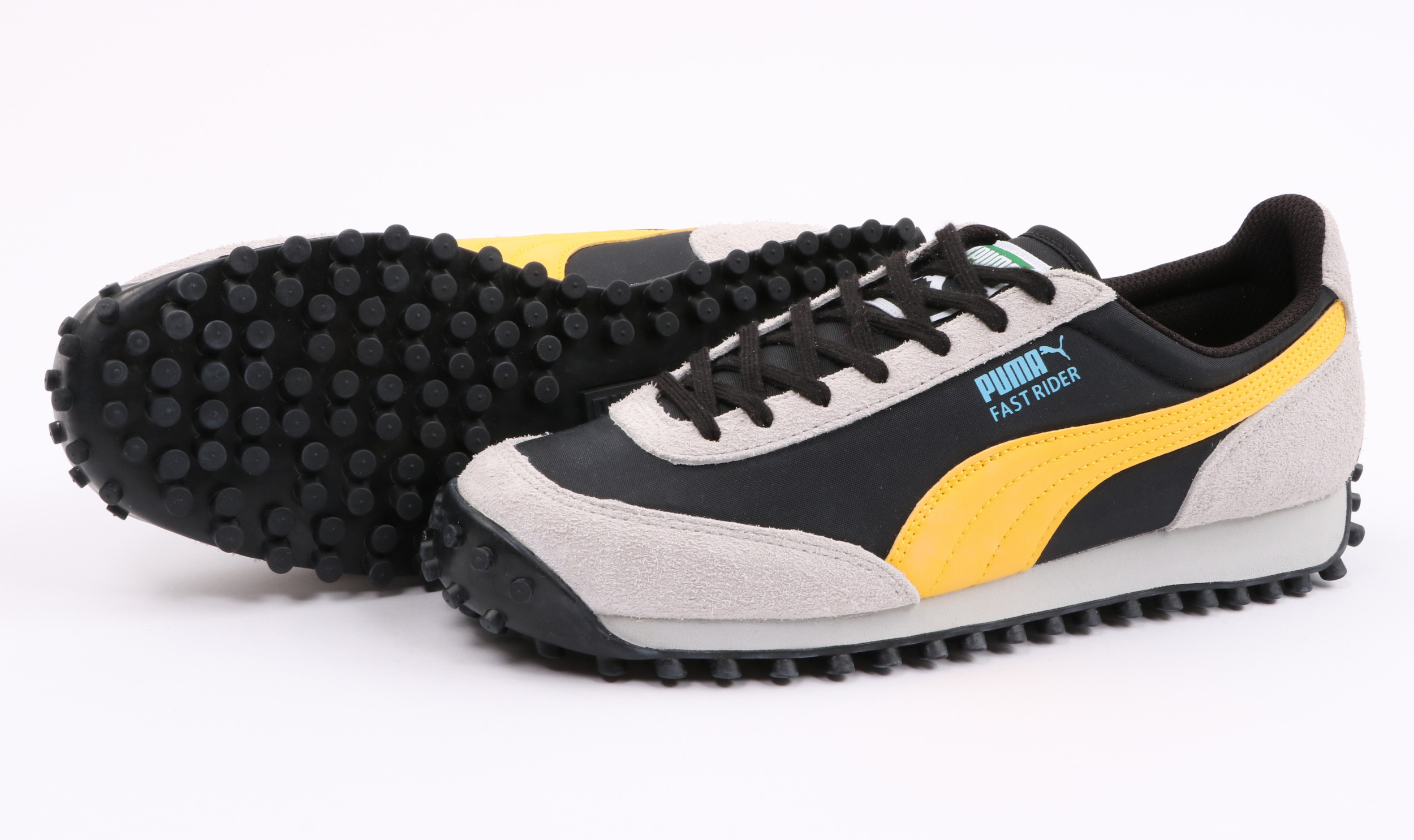 The PUMA Fast Rider was a game changer in the world of running shoes and featured the famous Federbein studded outsole.

When we talk about the legacy of running shoes and trainer designs, it’s always the 1980s that gets a mention. During the 80s the big sportswear brands like adidas, New Balance & PUMA went head to head with who could create the fastest and the comfiest running shoe of them all. adidas gave us legendary running styles like the Oregon, New Balance the 99x Series and PUMA the Rider series. The decade saw a plethora of pioneering designs, unique trainer technology and OG silhouettes that have gone down in running trainer history as some of the greatest ever. Just like modern day cross fitters and gym goers, athletes will always want the best equipment to train in. The 80s running craze saw jogging become more of a lifestyle to many. Runners needs were at the forefront of running trainer designs and the PUMA Fast Rider upped the ante for how a running shoe could perform from novice to pro. 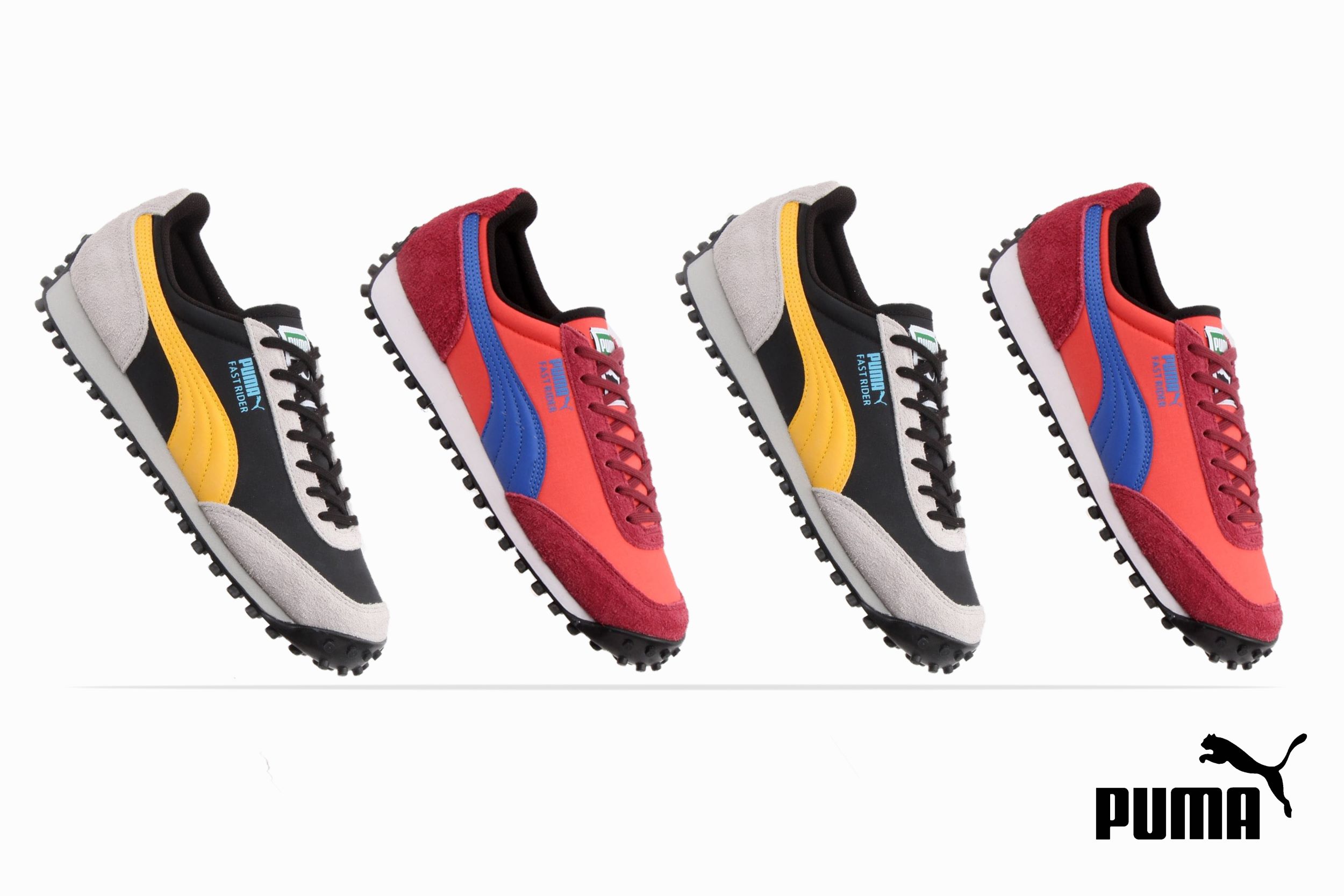 Above: The PUMA Fast Rider trainer is available now in an assortment of colourways from 80s Casual Classics.

First introduced in 1980, as the name implies the Fast Rider was all about speed & traction. I mean just take one look at the sole unit and you’d be forgiven for thinking that you could walk up a vertical rock face with all that rubber traction underfoot. Federbein which translates to ‘suspension strut’ from German to English, was a state of the art trainer technology which featured traction studs arranged in a V formation on the outsole. The streamlined runner was also incredibly lightweight tipping the scales at a mere 279 grams. PUMA stripped away any undesirable weight in the design process. After its initial release the Fast Rider became an instant hit with the runners of the world for its all terrain qualities. The revolutionary runner was one of the first shoes from PUMA that was actually designed for pavement joggers as oppose to track and field athletes. Originally marketed with the tag line ‘Ride On’, wearers of the Fast Rider did exactly that with the Fast Rider quickly becoming one of the most celebrated running trainers the Rudolph Dassler brand has released over the last 40 years. 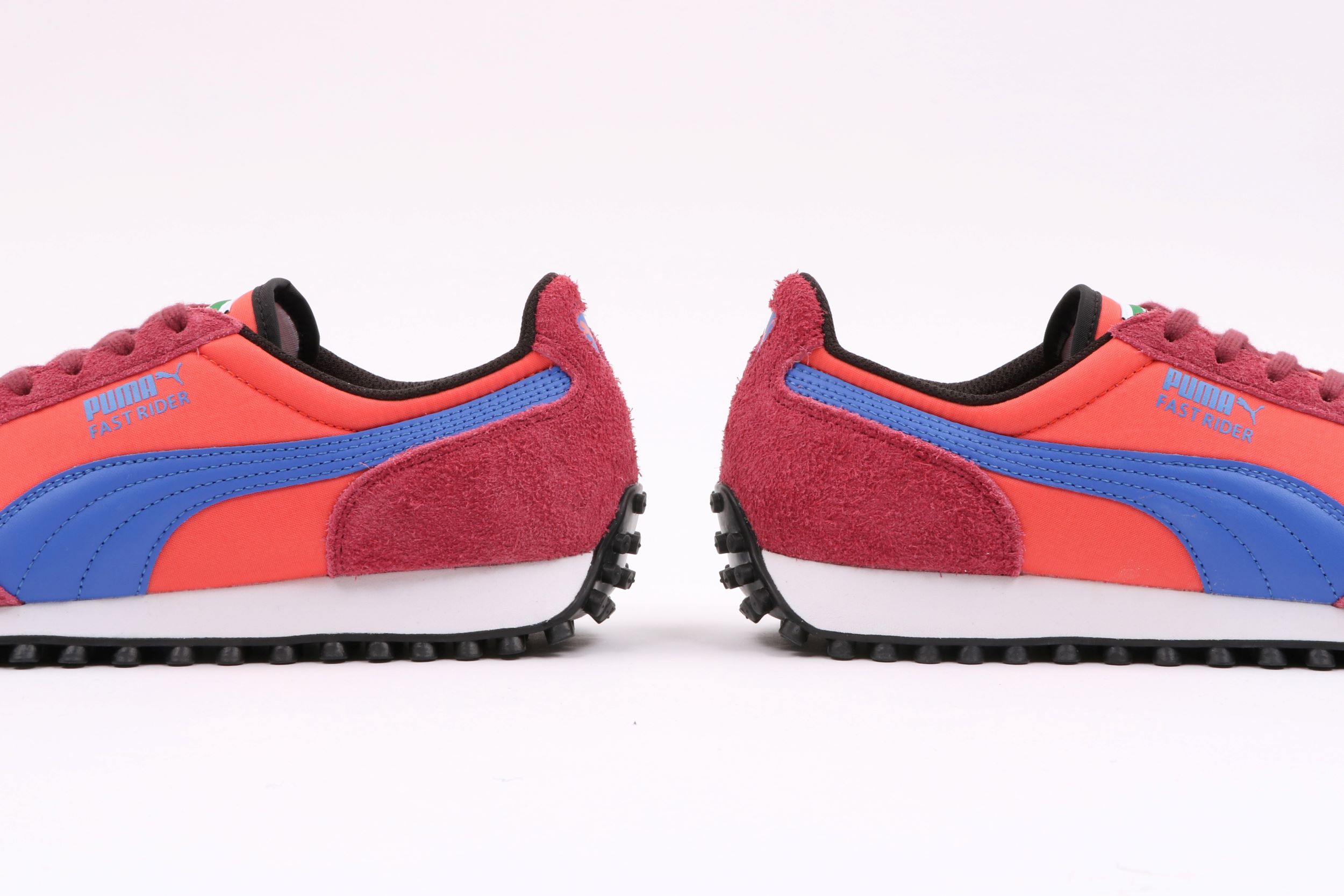 The PUMA Fast Rider now returns to 80s Casual Classics in some updated colourways for the latest season. Drawing inspiration from the colour blocking designs of the archive model, the latest release sees an updated coral/blue & grey/black/yellow version. Featuring nylon uppers with suede overlays and the signature PUMA formstrip on the lateral side, this latest version stays true to the OG 80s design. The uppers sit on top of the shock-absorbing EVA midsole with the unmistakable Federbein studded outsole. Other highlights of the retro 80s runner include PUMA branding to the tongue tab and ‘Fast Rider’ in gold foiling to the lateral side. Why not team up the Fast Rider with a pair of jeans and an adidas tracktop for that ultimate retro German sportswear look!