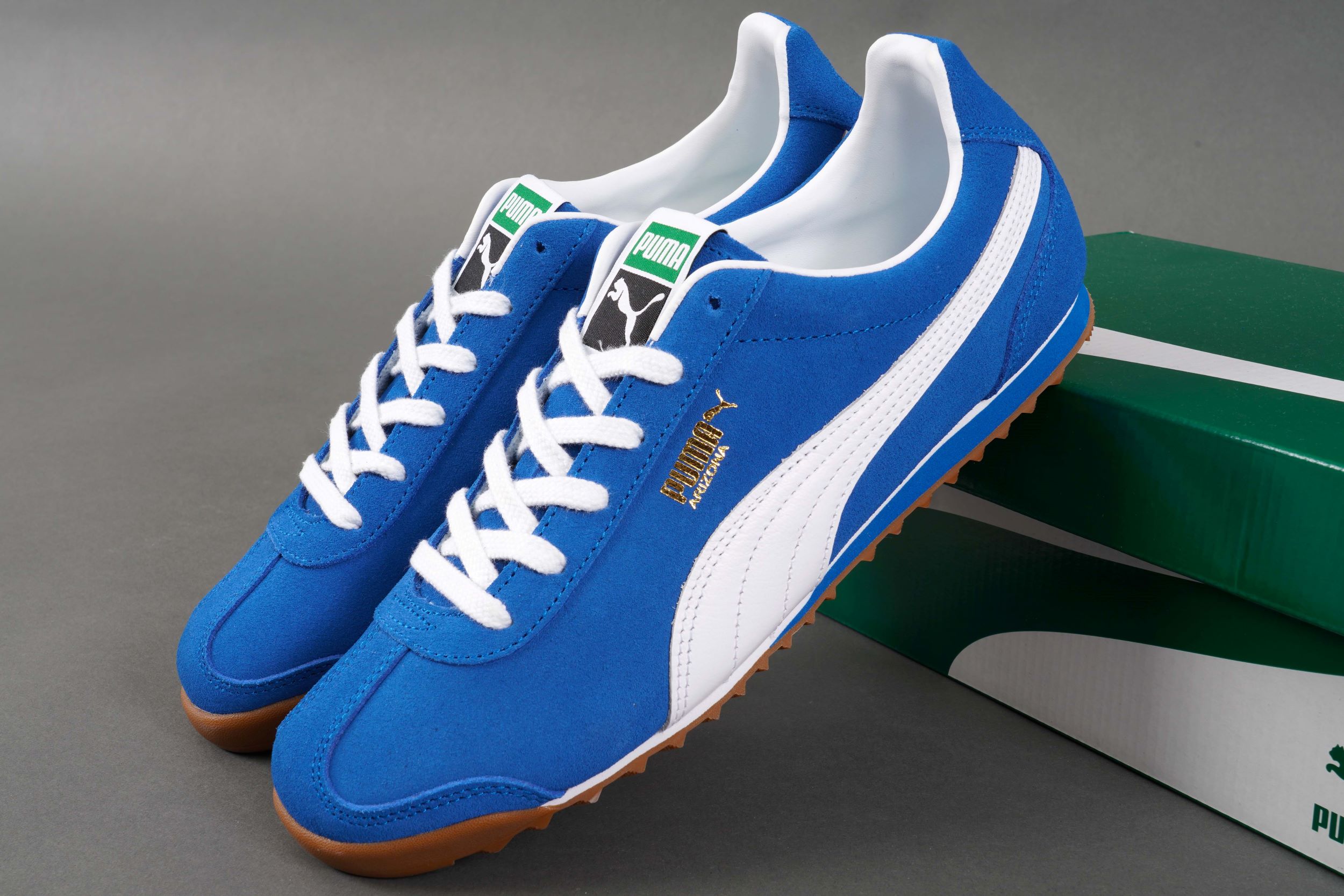 The PUMA Arizona Classic Trainer Gets The Royal Treatment

The PUMA Arizona Classic trainer is an OG streamlined shoe from the archives & now arrives at 80s Casual Classics in an updated Royal colourway.

There’s just something very special about them old skool suede kicks from PUMA. The PUMA Arizona Classic trainer is a great example of the brands’ relevance and retro appeal of the classic suede stuff. As much as the trainers still look just as good today when compared to the latest silhouettes, it’s not just about the gum soles or the T-toes, it’s about the whole nostalgia attached to them. Like the fact when it comes to a major football tournament we’ll still talk about Gazza’s skilful wizardry against Scotland at Euro 96′. The fact is we all love a bit of nostalgia, which is probably half the reason our passion for retro trainers persists. The retro kerb appeal, the sporting nostalgia & the classic colourways is something PUMA do so incredibly well. Who would of thought a simple suede shoe could cause such loyalty & love for footwear. When all said and done we just can’t get enough of the classic suede stuff and this latest Arizona Classic trainer from PUMA ticks all the boxes. 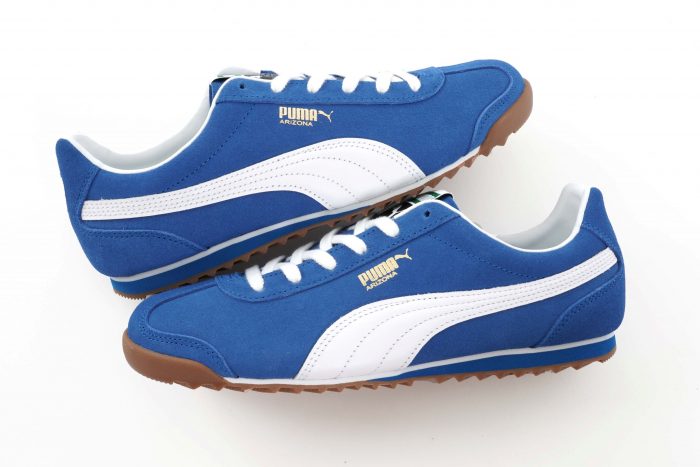 It was the 1970s was where PUMA really started to show the trainer world what they were really all about. The Clyde saw PUMA collaborate with the New York Knick legend Walt Frazier Clyde. The 1970s also the big cat logo brand strike up endorsement deals with soccer superstars such as Pele Günter Netzer. Thing were really popping for PUMA throughout the 70s, switching manufacturing to Yugoslavia which some die hard PUMA fans claim to be some of the greatest releases of all time. 1976 saw PUMA branch out there distribution even further to Taiwan where classics like the PUMA Arizona would first come off the assembly lines. Just like PUMA has used names of other US states & cities like the Dallas, the Arizona trainer celebrated the southwestern US State, home to the Grand Canyon & the Sonoran Desert. 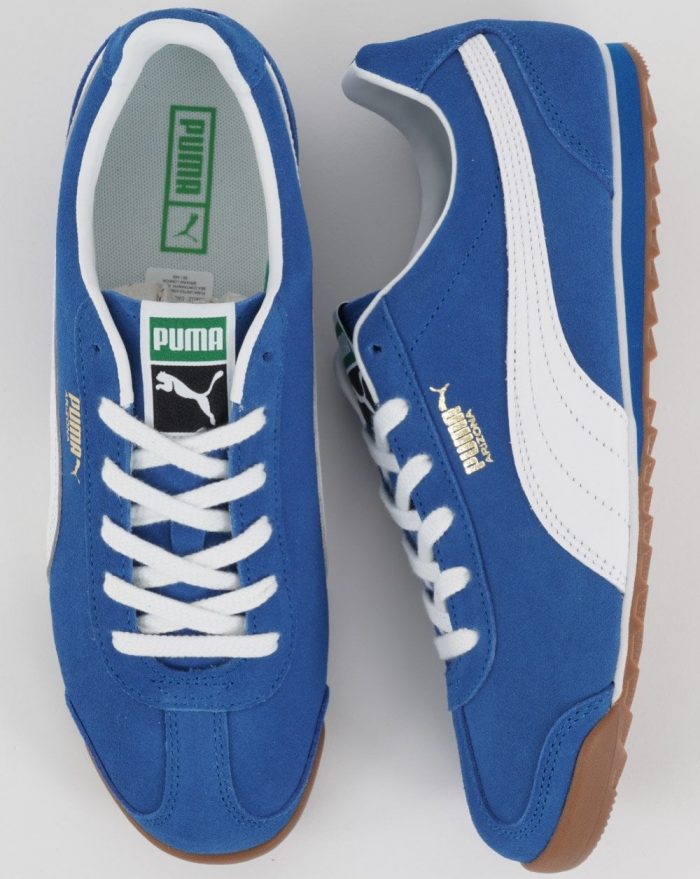 Boasting a more streamlined silhouette the Arizona is an OG running trainer that now returns to its spiritual home. Revived from the PUMA archives for 2022, the classic Arizona trainer gets treated to a very special re-release. Featuring the original streamlined design of the 1970s release, the Arizona boasts suede uppers in a striking royal blue colourway with a contrasting white formstrip to the sidewalls. Other highlights include a super grippy rubber outsole alongside PUMA cat branding to the tongue, with ‘Arizona’ in gold foiling to the sidewalls. Shop the very special archive release now at 80s Casual Classics via the links.