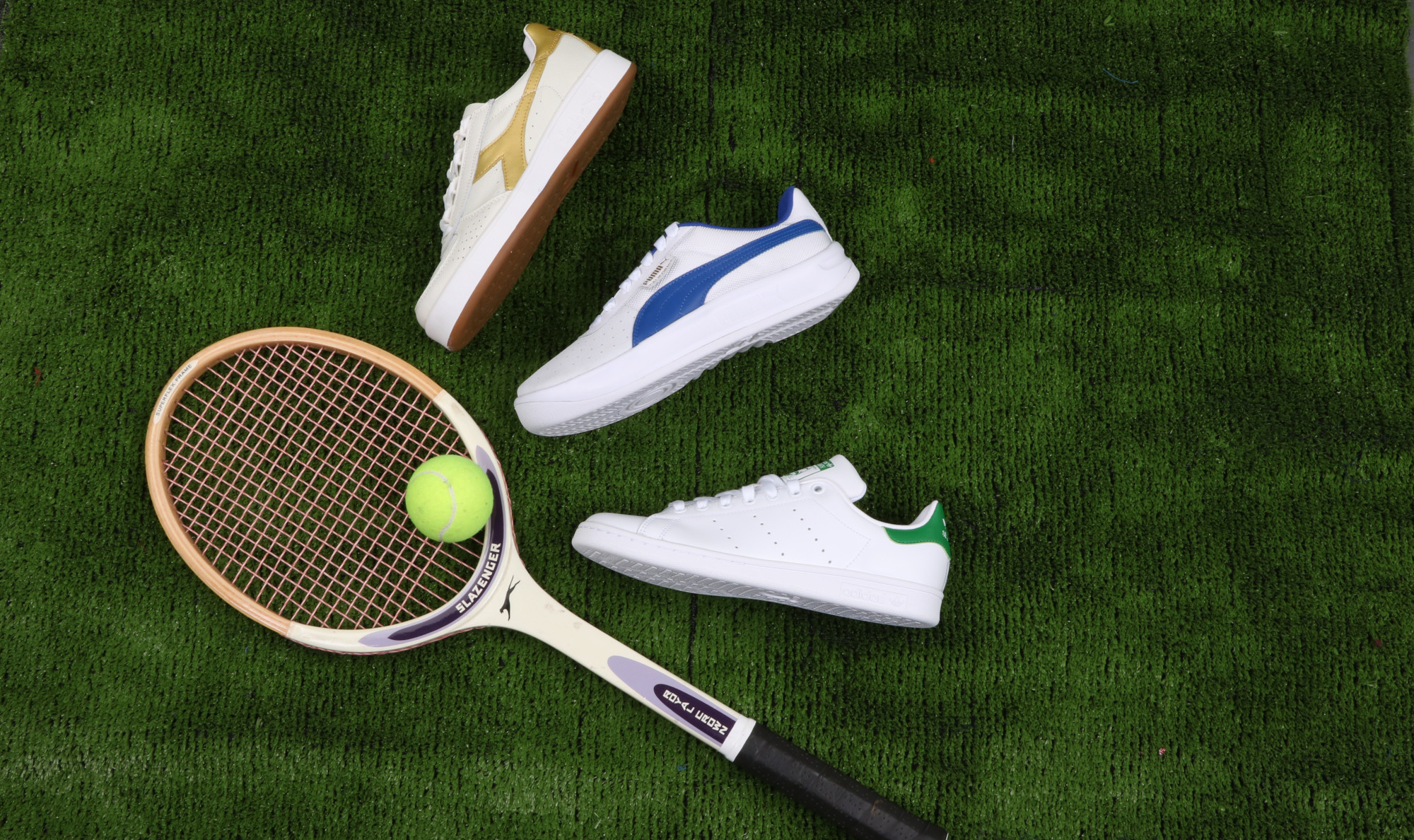 The Soles Of Winners: Tennis Trainers You Need To Know

We take a look at 4 retro style tennis trainers from the 80s including legendary McEnroe court styles like the Nike Wimbledon trainer.

Trainer tech has evolved massively since the 80s with the latest fabric engineering and underfoot cushioning systems now available from all the major sportswear brands. However, one thing still remains and that’s the love for retro 80s tennis trainer styles. Original winning styles like the Nike Wimbledon trainer for example, as worn famously worn by John McEnroe, or the Diadora Borg Elite trainer as famously worn by his Swedish rival Björn Borg. What’s great about the original retro tennis styles is their simplicity. Yes at the time they were adorned with the latest trainer tech and innovation, but as trainer tech has evolved over the last 30-40 years, sometimes less is just better. It’s always the original retro styles that we look back to for archive inspiration. A reminder of the celebrity tennis player endorsements of the era and the introduction of some of the greatest tennis trainer styles to ever exist. 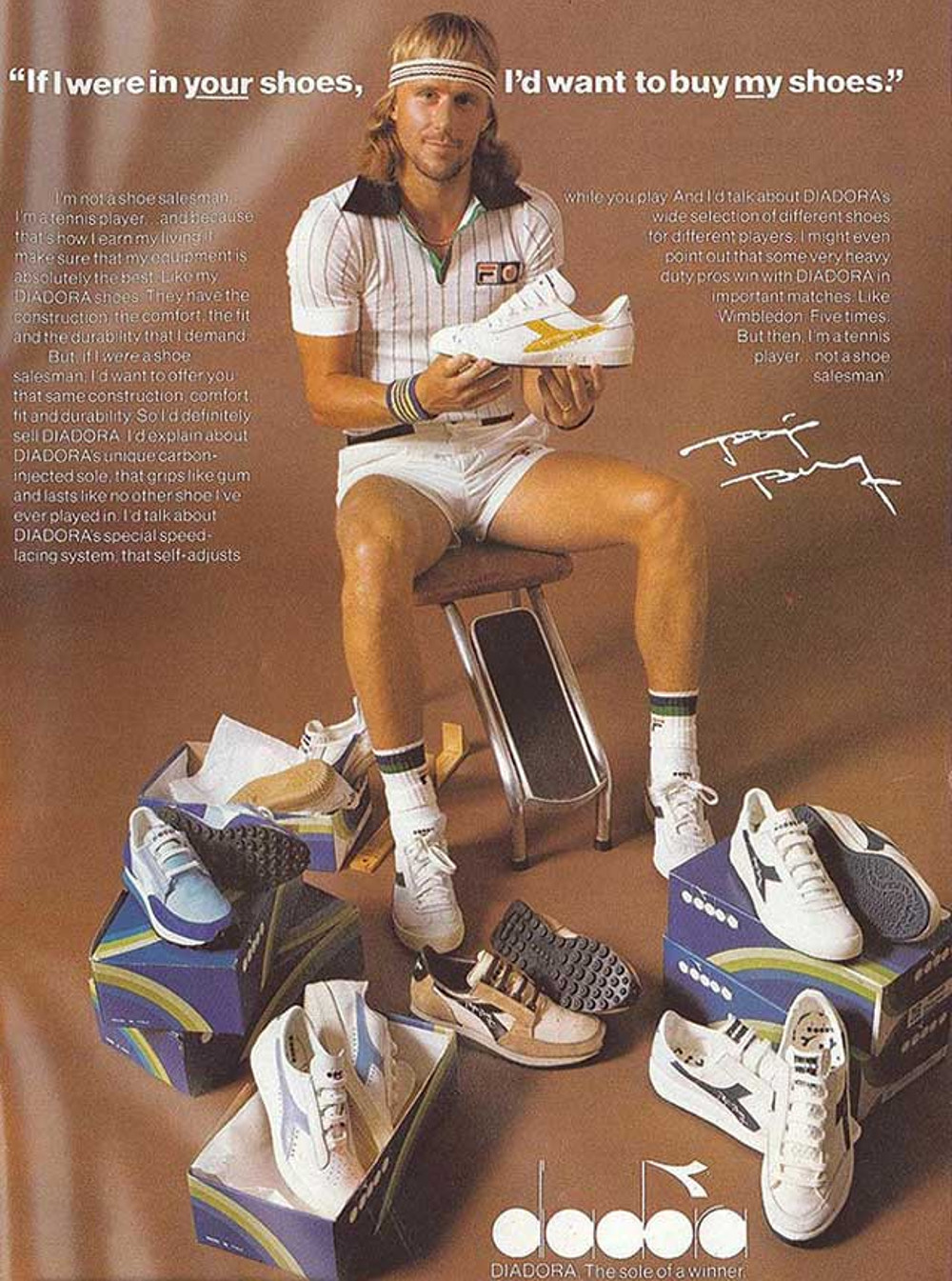 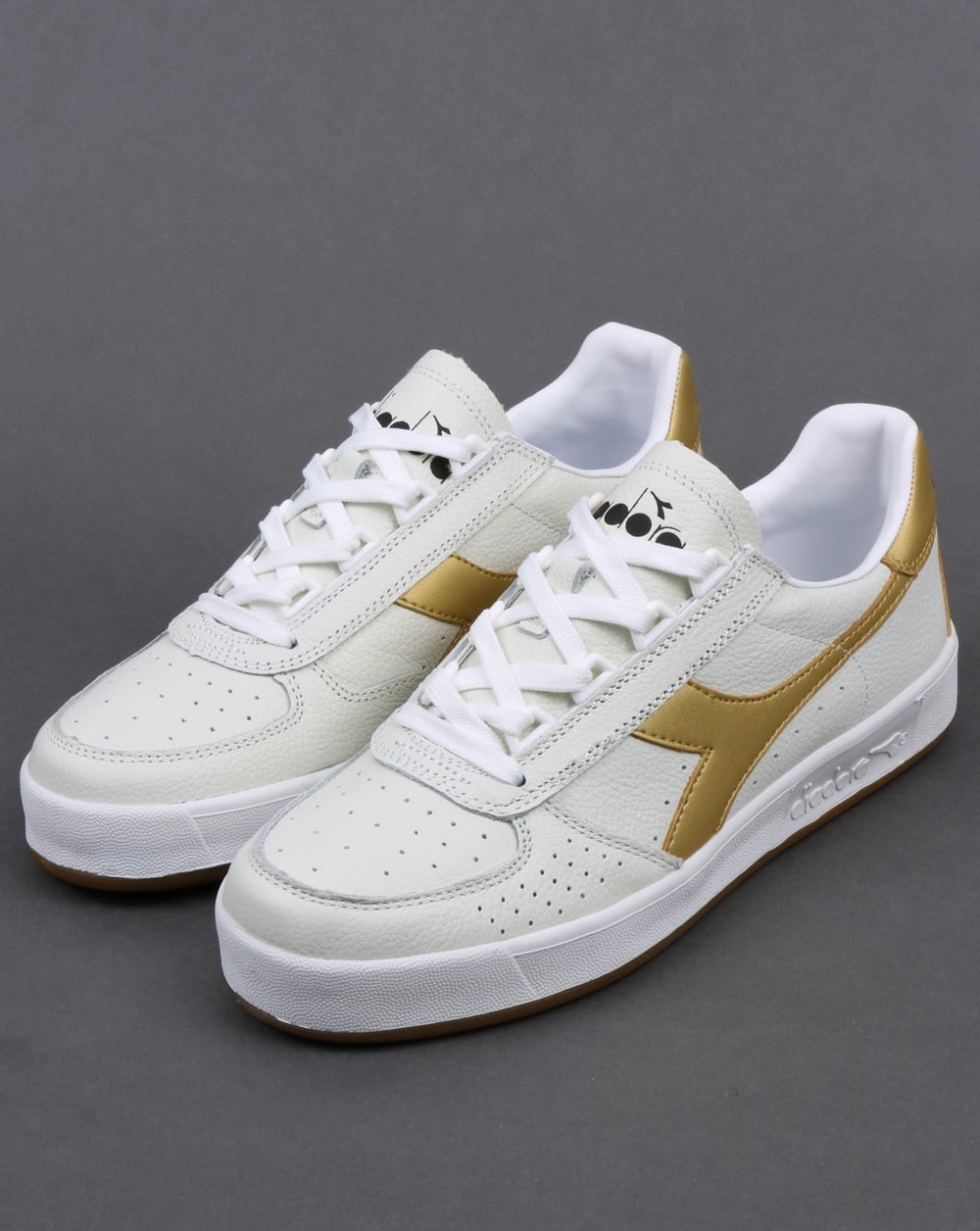 To kick things off we’re starting with the Diadora Borg Elite from 1981. The original centre court playboy had to have the best shoes on his feet which is why Diadora decided to sponsor him with their Borg Elite trainer. The Borg Elite, particularly in white and gold just screams casual fashion and can even be seen on George Michael in his solo video for Careless Whisper from 1984. The Borg Elite had premium appeal, not only for its hefty price tag at the time but it was worn by Mr Cool himself. Borg famously endorsed the trainer with the cleverly targeted tag line “If I were in your shoes, I’d want to buy my shoes” and the casuals couldn’t get enough of it. The trainer was also a game changer at the time featuring a unique carbon injected sole which gripped like gum to the court and a self-adjusting speed lacing system. 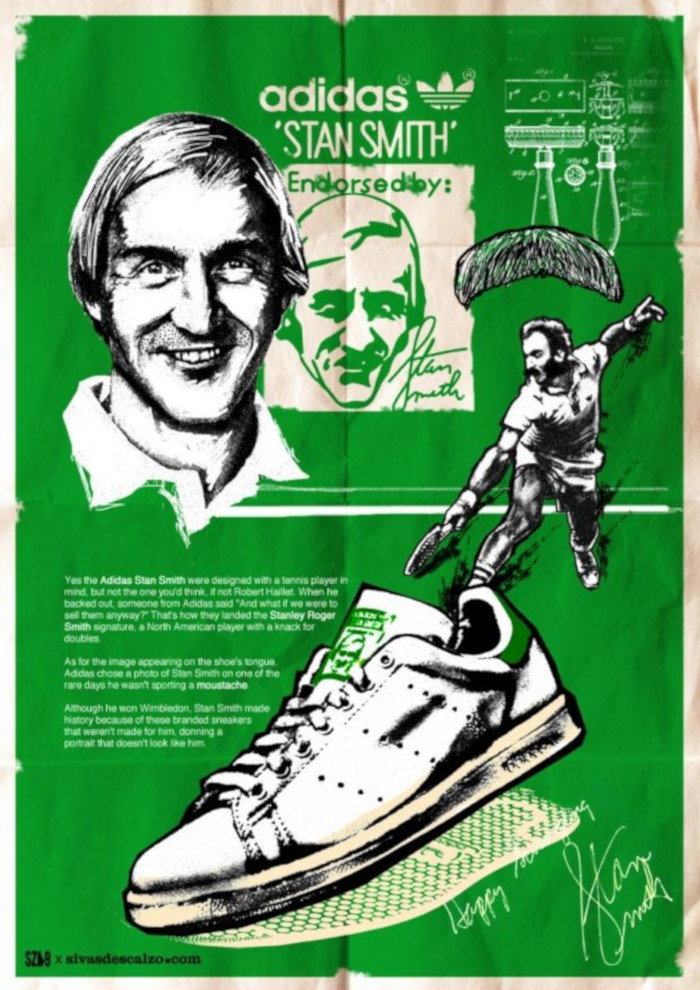 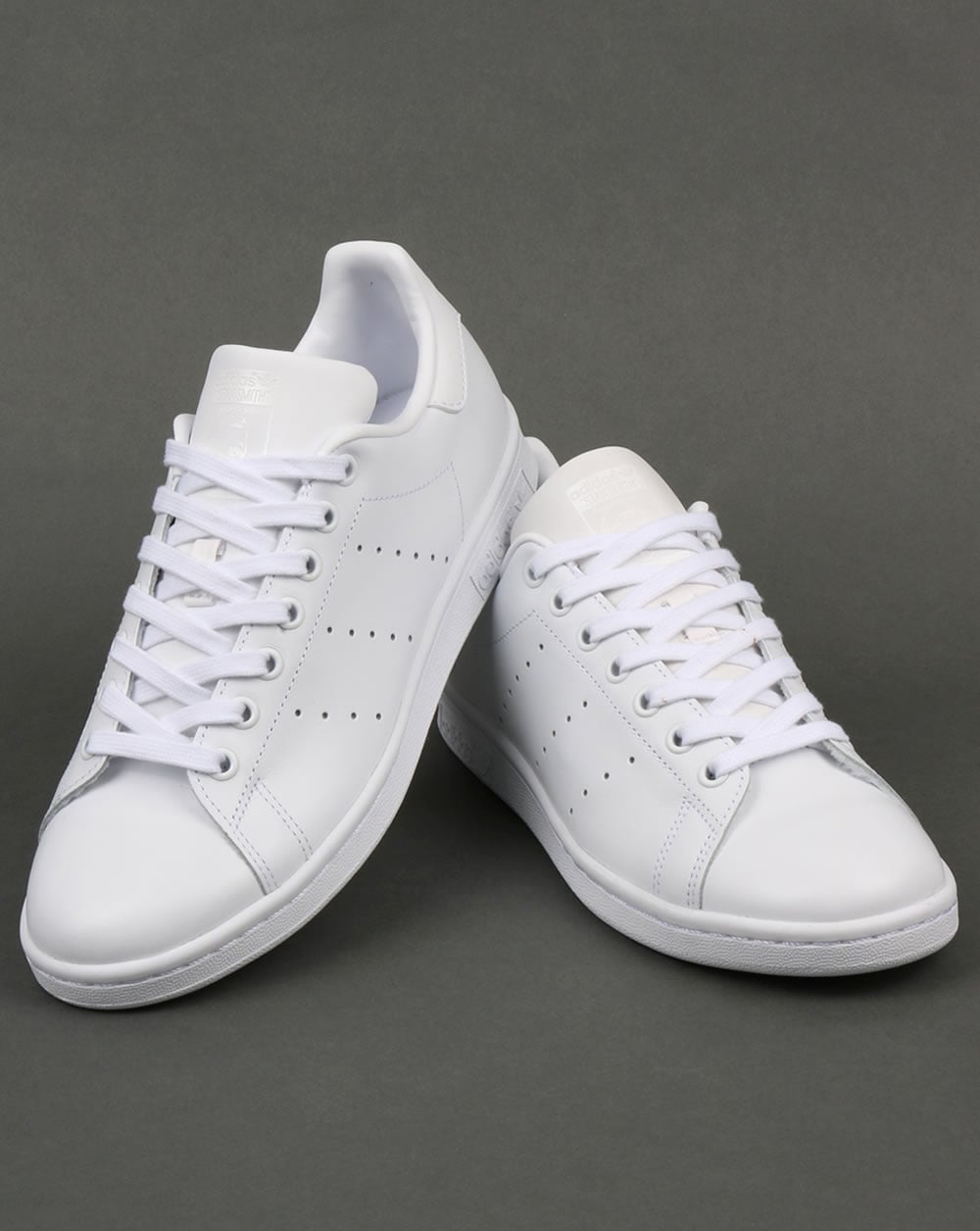 Next up we’ve got the original and the first leather tennis trainer, the adidas Stan Smith. Although not officially first released in the 80s, the Stan Smith was still just as popular with the casuals and sportswear lovers of the early 80s. From breaking world records with the sheer volumes of pairs sold to also having Adi Dassler’s very own son on the design team, the Stan Smith is about as classic as it can physically get when its comes to tennis trainers. Starting life as the adidas Haillet in 1965 the trainer officially became known as the Stan Smith in 1978, with the American tennis champion endorsing the shoe. The original white leather tennis trainer is still highly regarded as one of the greatest 3 stripes silhouettes of all time. 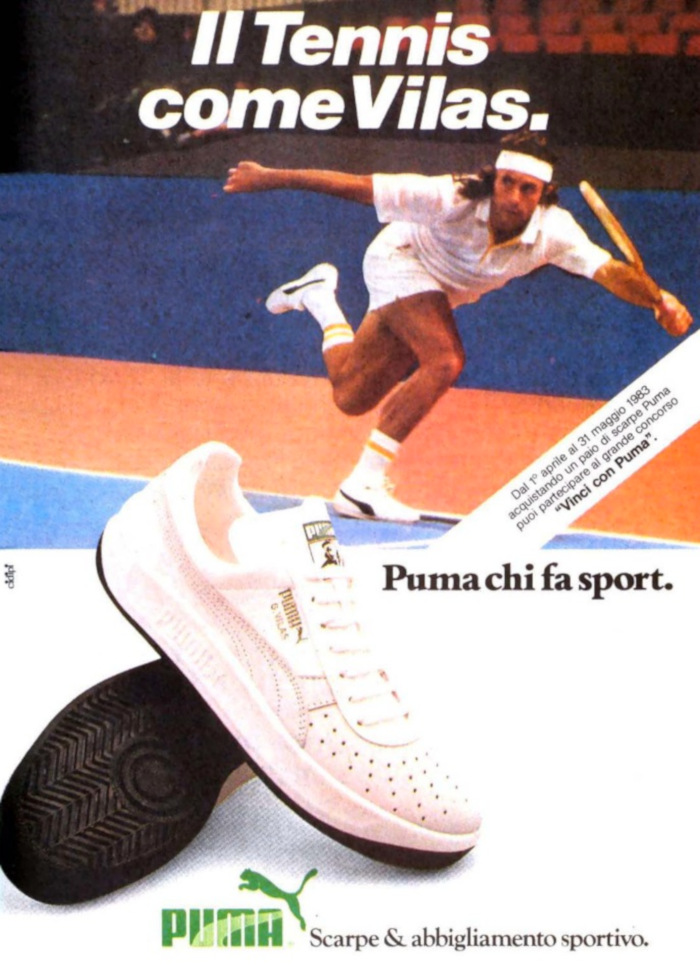 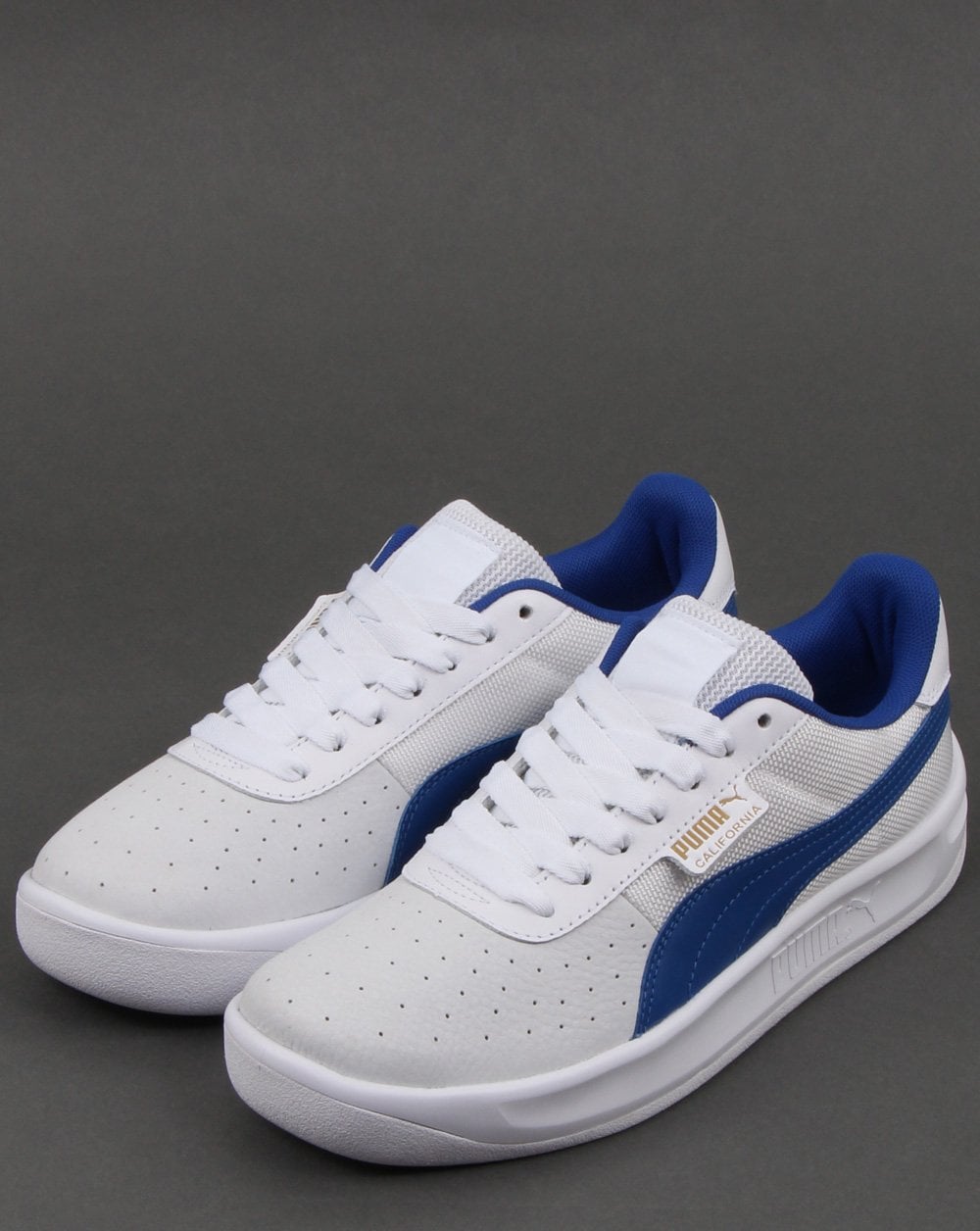 Above: The PUMA California trainer in white/blue available now from 80s Casual Classics.

Whilst Diadora had Borg, adidas had Stan Smith and Nike had McEnroe, PUMA looked to the Argentinian tennis legend Guillermo Vilas to endorse their centre court trainer styles. After going all out and winning the French Open & US Open in 1977 followed by the Australian Open in 1978 & 79, Vilas was the man you wanted to endorse your latest styles, endorsing a range of classic PUMA styles throughout the early 80s. Notable styles included the PUMA California trainer from 1982, as worn by the Argentinian himself, which also became just as popular with the rising casual movement. The California featured a signature chunky sole and perforations to the forefoot giving the trainer its own unique retro look. 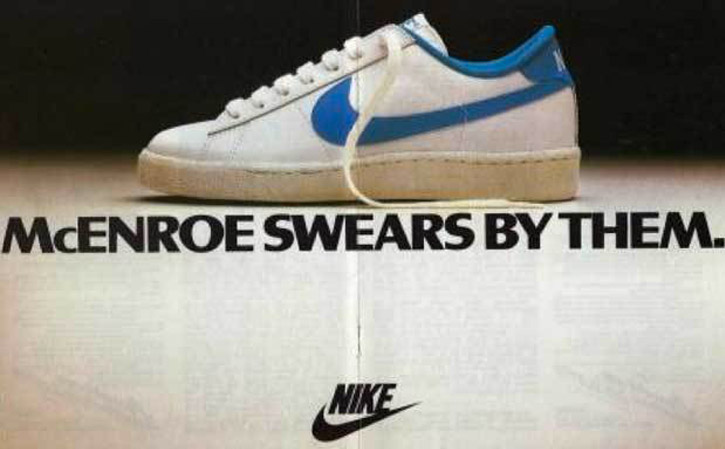 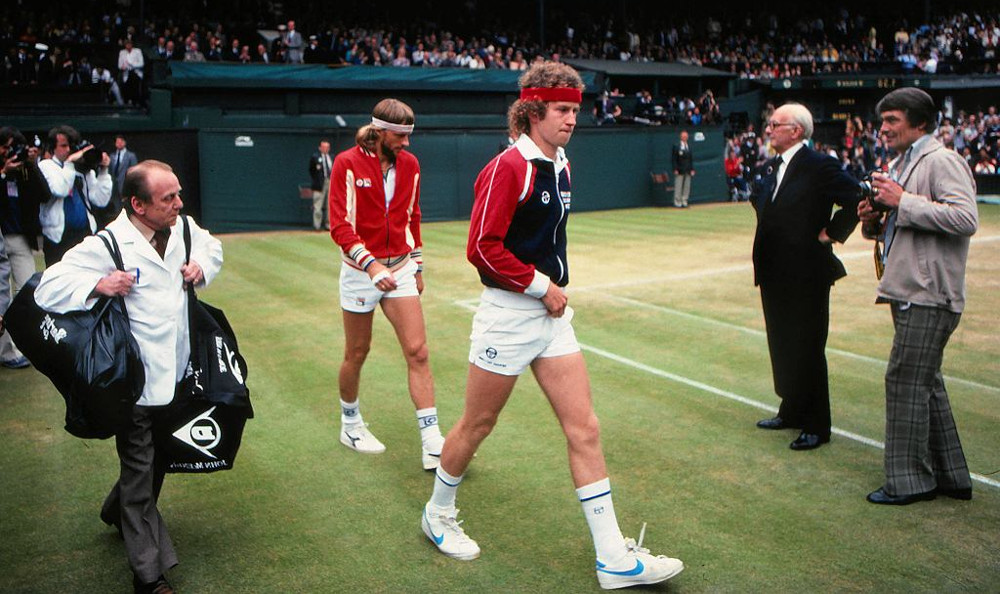 Moving onto to the man who gave us temper tantrums and the famous phrase “You Cannot Be Serious”, the American tennis legend may have worn Sergio Tacchini on top but on his feet it was strictly Nike. One of McEnroe’s first endorsement shoe from the Bill Bowerman and Phil Knight founded sportswear brand saw the Nike Wimbledon GTS trainer, a shoe he was famously seen wearing during the Wimbledon final against Björn Borg in 1981. When McEnroe signed with Nike in 1978 it also marked the next chapter of the Oregon based swoosh brands’ introduction into the world of tennis, previously focusing their lines predominantly on running and basketball. The new tennis direction saw the introduction of numerous court styles like the Nike Air Trainer 1 in 1987 again endorsed by McEnroe as well as further endorsements from the likes of Andre Agassi, Pete Sampras and Roger Federer later down the line.