X
This site uses cookies to provide and improve your shopping experience. If you want to benefit from this improved service, please opt-in. Cookies Page.
Accept Cookies
80's Casual ClassicsTrainersThe Legacy Of The 99x Series & The New Balance 997 Trainer
Menu 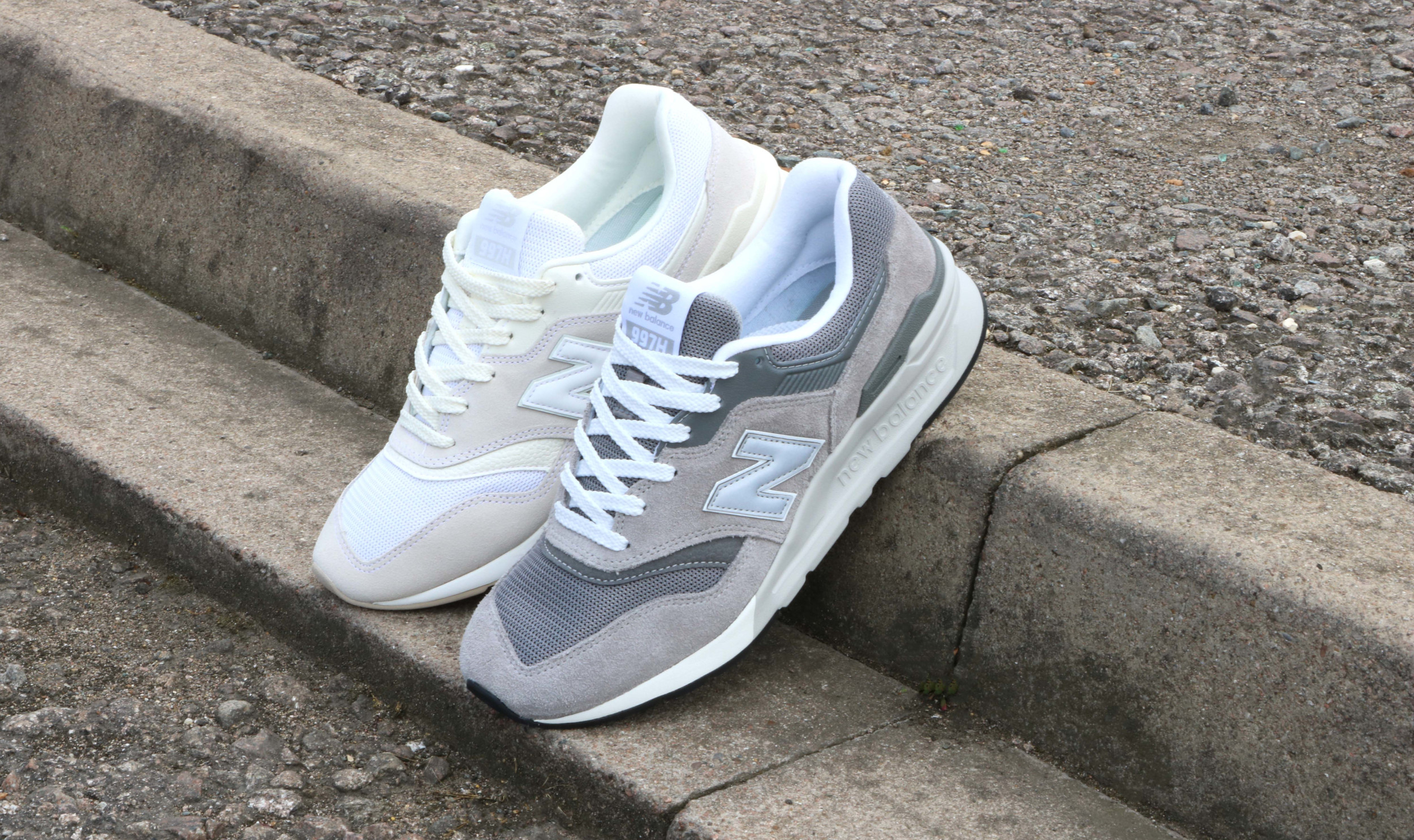 The Legacy Of The 99x Series & The New Balance 997 Trainer

The 1980s had already seen trainer technology taken to all new levels thanks to a new generation of consumerism, fitness fanatics and a demand for performance and lifestyle shoes.

With the start of a new decade around the corner, competition in the athletic footwear world was now fiercer than ever before. By 1991 Nike had already given us two iconic Air Max styles and adidas had introduced us to their Equipment Series or EQT as it was also known. New Balance on the other hand were looking to bring their revolutionary running series, 99x, into the 90s with the latest trainer tech and a continuation of their famous ‘all grey’ running silhouettes. There was nothing eye catching about the 99x series, well they were grey for one, but apart from the lack of colour imagination, the 99x was built solely for runners. The New Balance 99x series was simply about running and performance with the 990, 995 and the 996 trainers all originally dropping throughout the 1980s. 1991 saw the release of the next instalment of the 99x series with the New Balance 997 trainer. This was a trainer built to do a job. No fancy colourways, no gimmicks and no social media hype. The trainer world has certainly changed a lot over the last 30 years but styles like the 997 still remain just as relevant today. 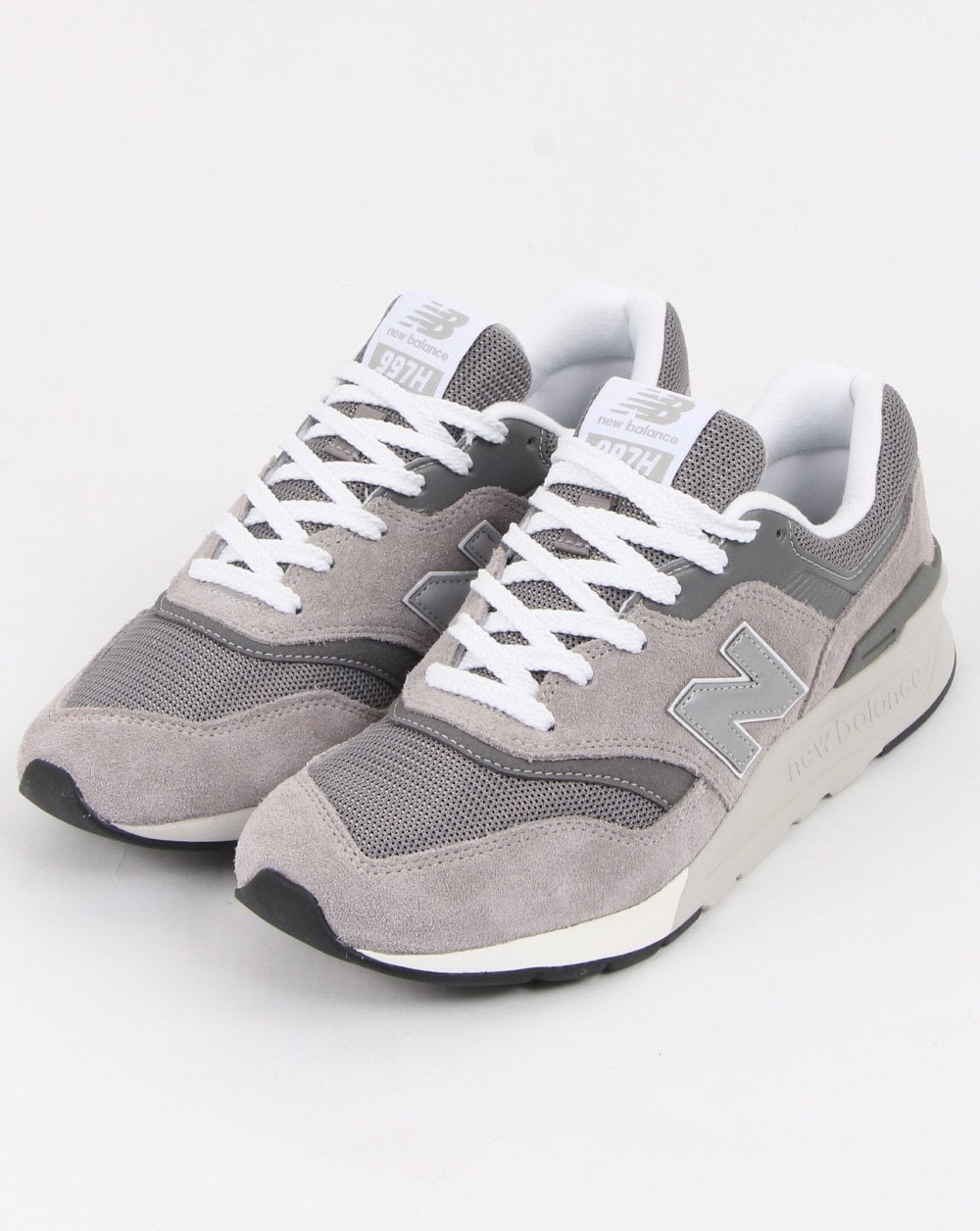 So what was so great about the New Balance 997 in particular? Well it was one of the first NB silhouettes to feature a new moulded design technique. The revolutionary ENCAP sole cushioning technology, which had already been seen on a range of NB styles such as the 574 and the 670, was combined together with C-CAP sole technology creating one super comfy midsole. The 997 did what it said on the tin, it was also available in grey and was a revolutionary runner of the early 90s. Runners all over the world were delighted at how flexible and comfortable the updated sole technology really was. Just like a lot of the original running styles from the Boston brand from the 80s and 90s the 997 also looked pretty good. In more recent years trainer enthusiasts have found a new admiration for original styles that were once deemed as ‘dad’ shoes or simply just for runners. Retro running styles from NB have come back in a big way with silhouettes like the 997 now a popular choice for trainer collectors and NB fans all over the world. 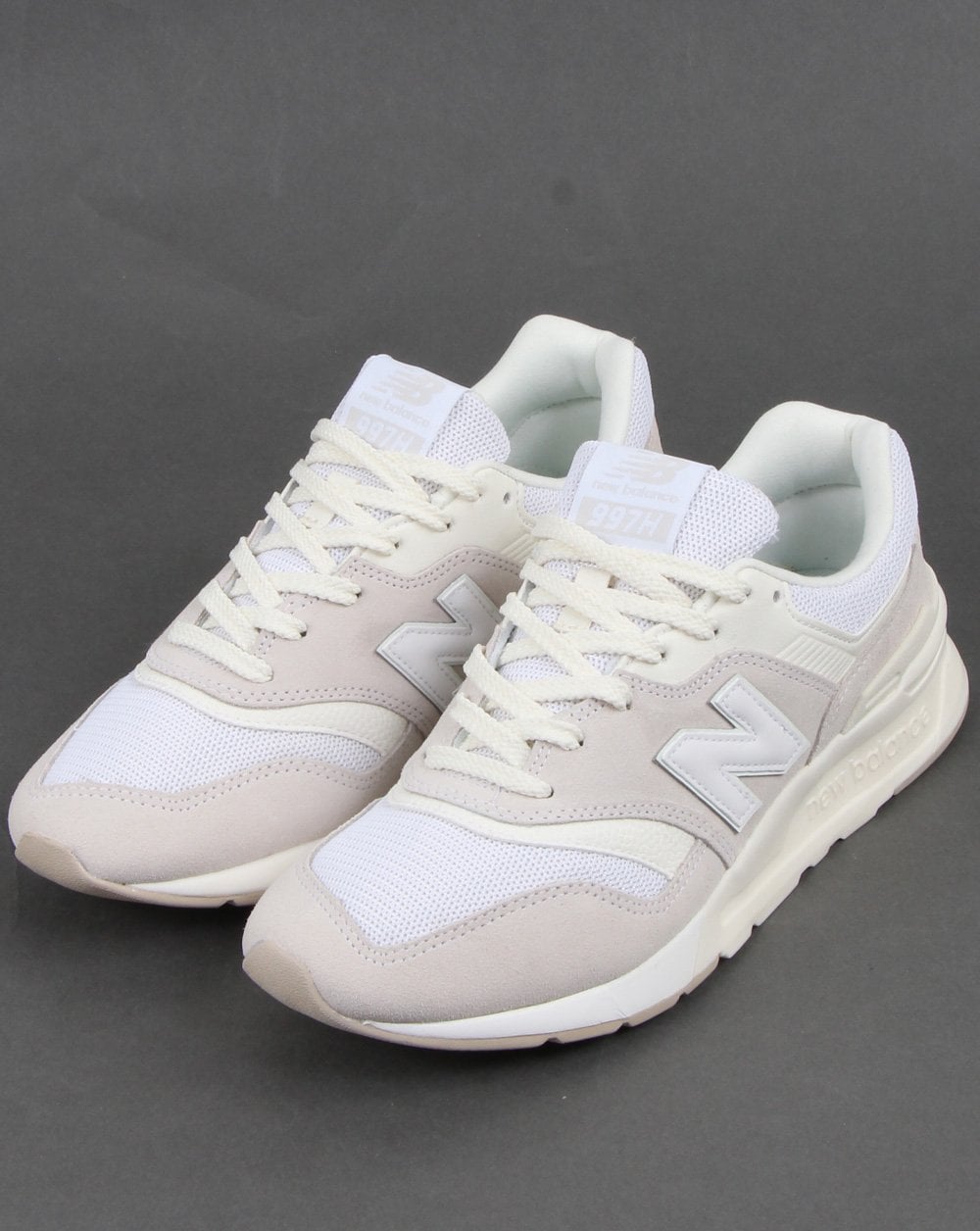 Now introduced to 80s Casual Classics the New Balance 997 trainer is re-imagined with the latest 997H silhouette. Packing all the running heritage of the original 1991 shoe, the 997H features an updated streamlined design with a mixture of suede, synthetic leathers and mesh uppers. The sole is also given the updated trainer tech treatment and features NB’s latest Ground Contact EVA (GCEVA) midsole technology. The latest sole cushioning technology sees foam injected into the sole itself as oppose to the traditional ‘sandwich’ layering system for the ultimate in midsole comfort. We’ve got the updated early 90s runner available in the classic 99x Series ‘all grey’ as well as a clean and contemporary white version.