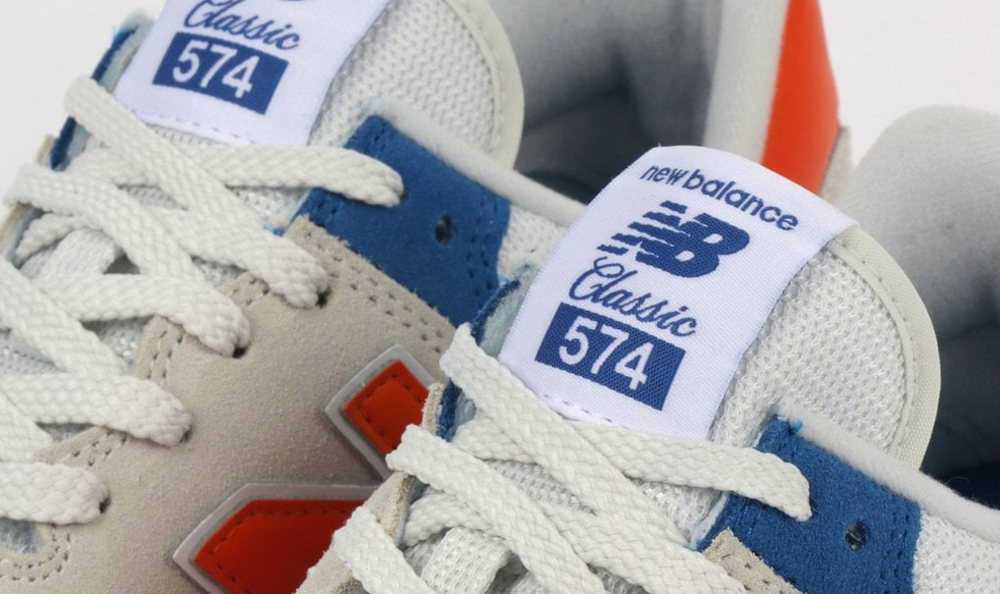 The New Balance 574 trainer was originally released in an era of road running, one-upmanship and the start of a footwear revolution.

There’s always been something a bit different about New Balance that will always stay true to its original fans. The 1980s not only saw the rise of the casuals but also the yuppies who were prepared to pay top dollar for the best running trainers. New Balance saw an opportunity to crossover the traditional running shoe for every day use with the introduction of a range of styles that would go down in trainer folklore. As trainers became more technology advanced, the 80s saw a rising trend in running silhouettes with the likes of New Balance leading the way in stability, speed and comfort. The story of the 574 trainer began back in 1988, following on from the release of NB’s iconic ENCAP cushioning system, the 574 took all the best bits from its older siblings, the 575 and the 576. Merged together as a hybrid running shoe, the 574 was an instant hit with the runners of the world known simply for its solid all terrain use. 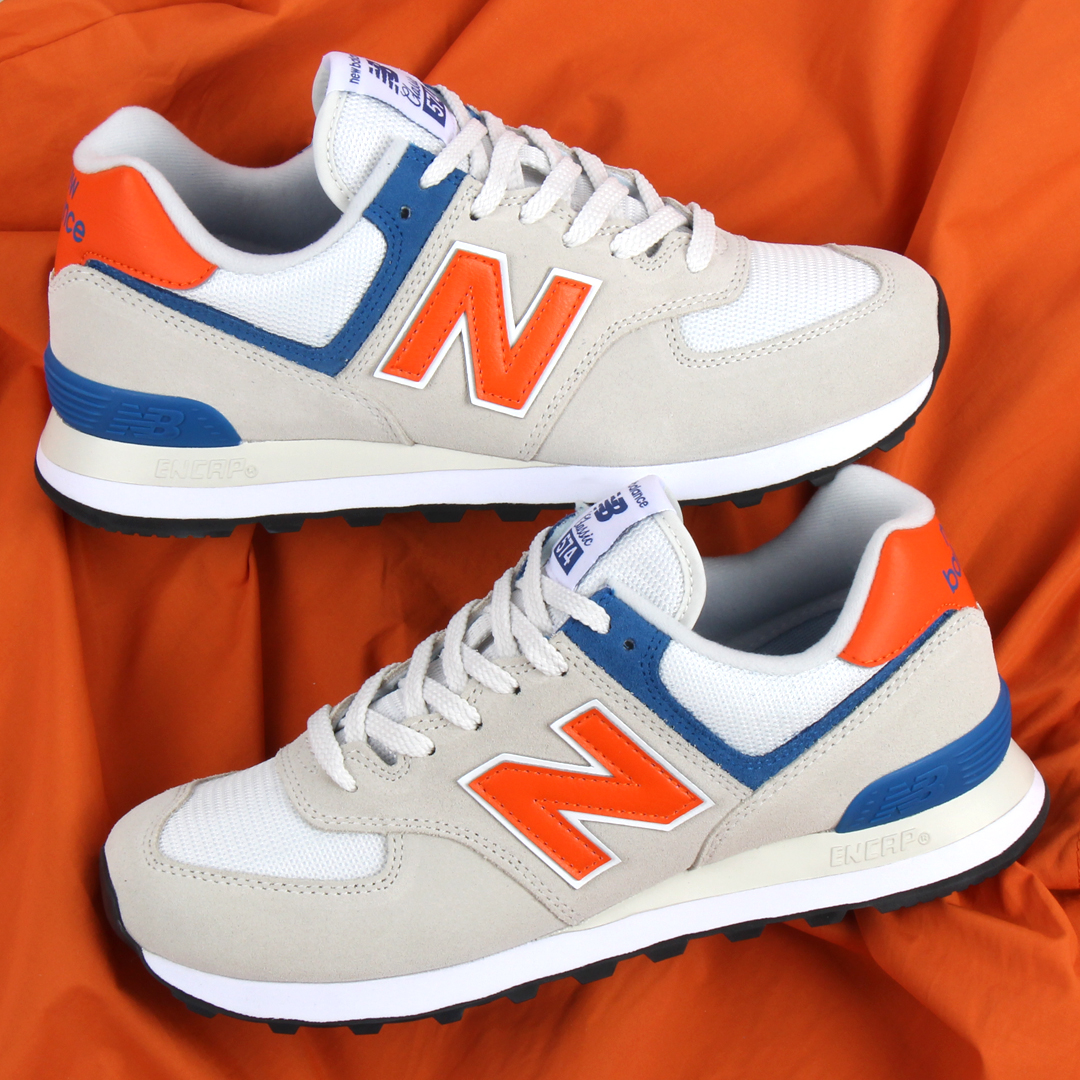 Above: The New Balance 574 Trainer in white/orange now available at 80s Casual Classics.

Now considered one of the greatest New Balance running silhouettes of all time, the 574 is back at 80s Casual Classics in an assortment of modern colourways that celebrate the late 80s ‘all terrain’ running icon. This latest version looks to replicate the original 88′ release right down to very last stitch, but when all said and done, classic New Balance doesn’t really much better. In the words of New Balance themselves, ” The original mash up is back”. 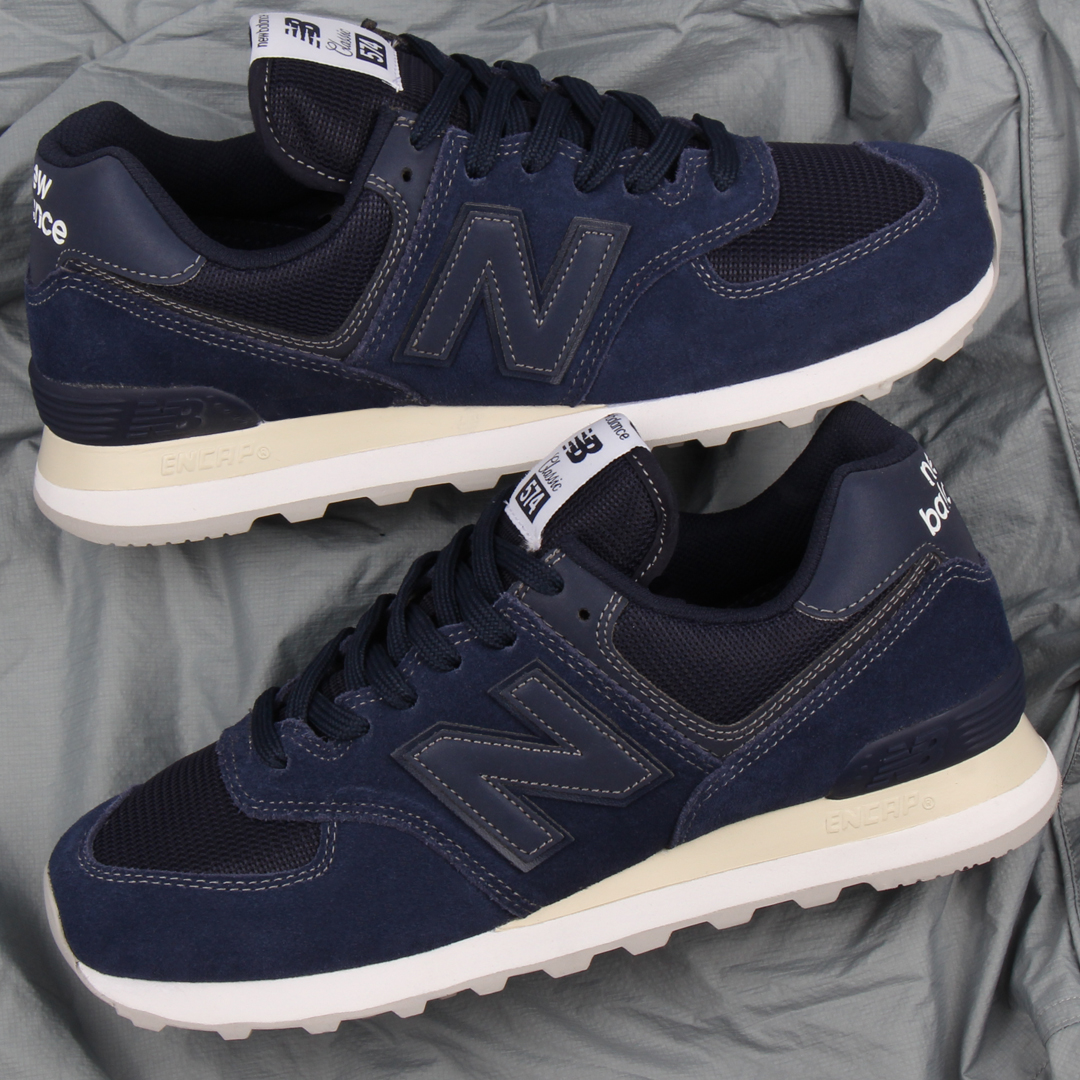 Looking  back to the original release from 1988, the 574 features an assortment of premium materials and quality craftsmanship that New Balance have built their respected name on over the last 4 decades. Featuring a combination of premium suede and mesh uppers that sit on top of the iconic ENCAP cushioning & EVA midsole for superior comfort on foot. We’ve got the classic retro runner available in an assortment of colourways from navy/yellow to white/orange, a perfect addition to any casual collector or footwear fanatics wardrobe. 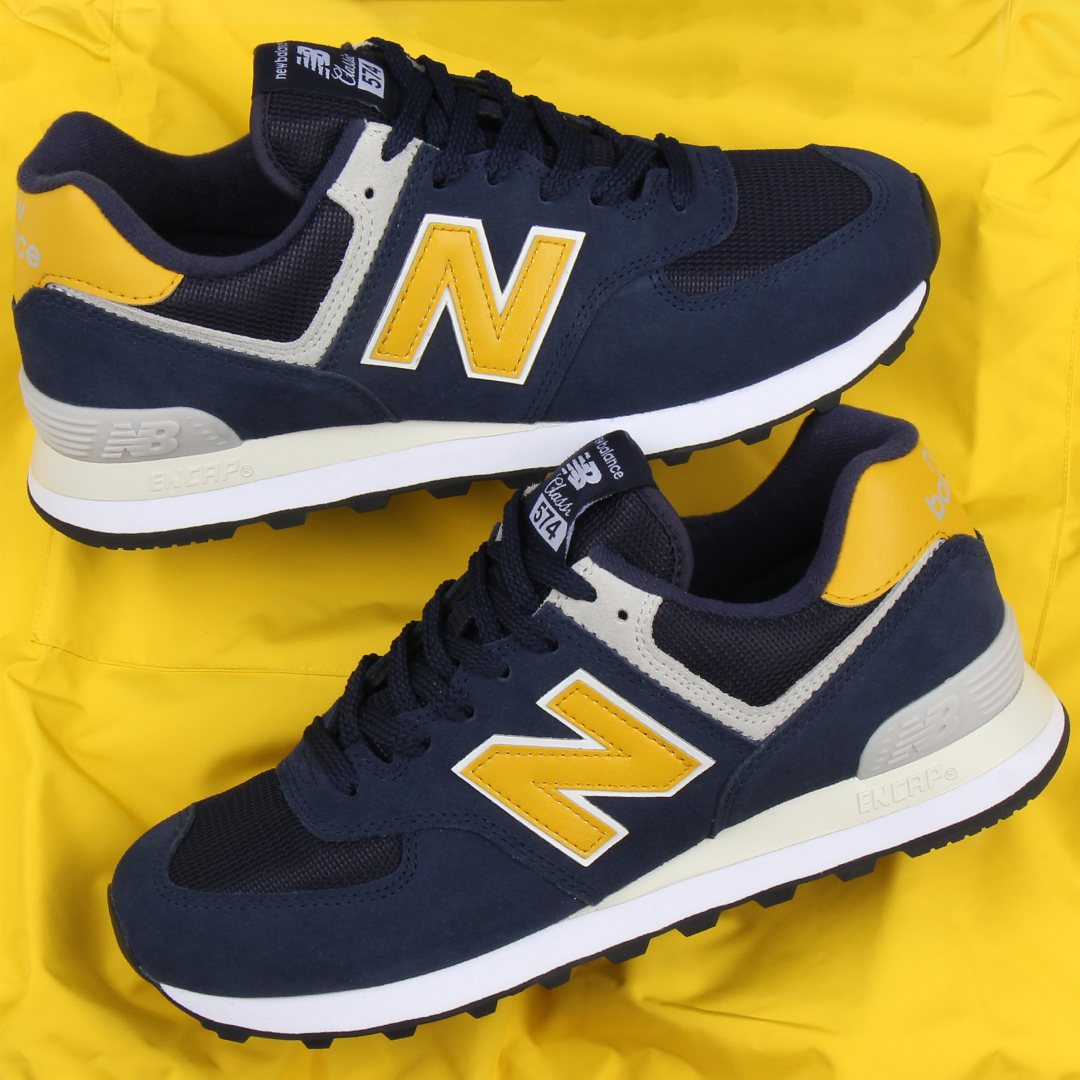 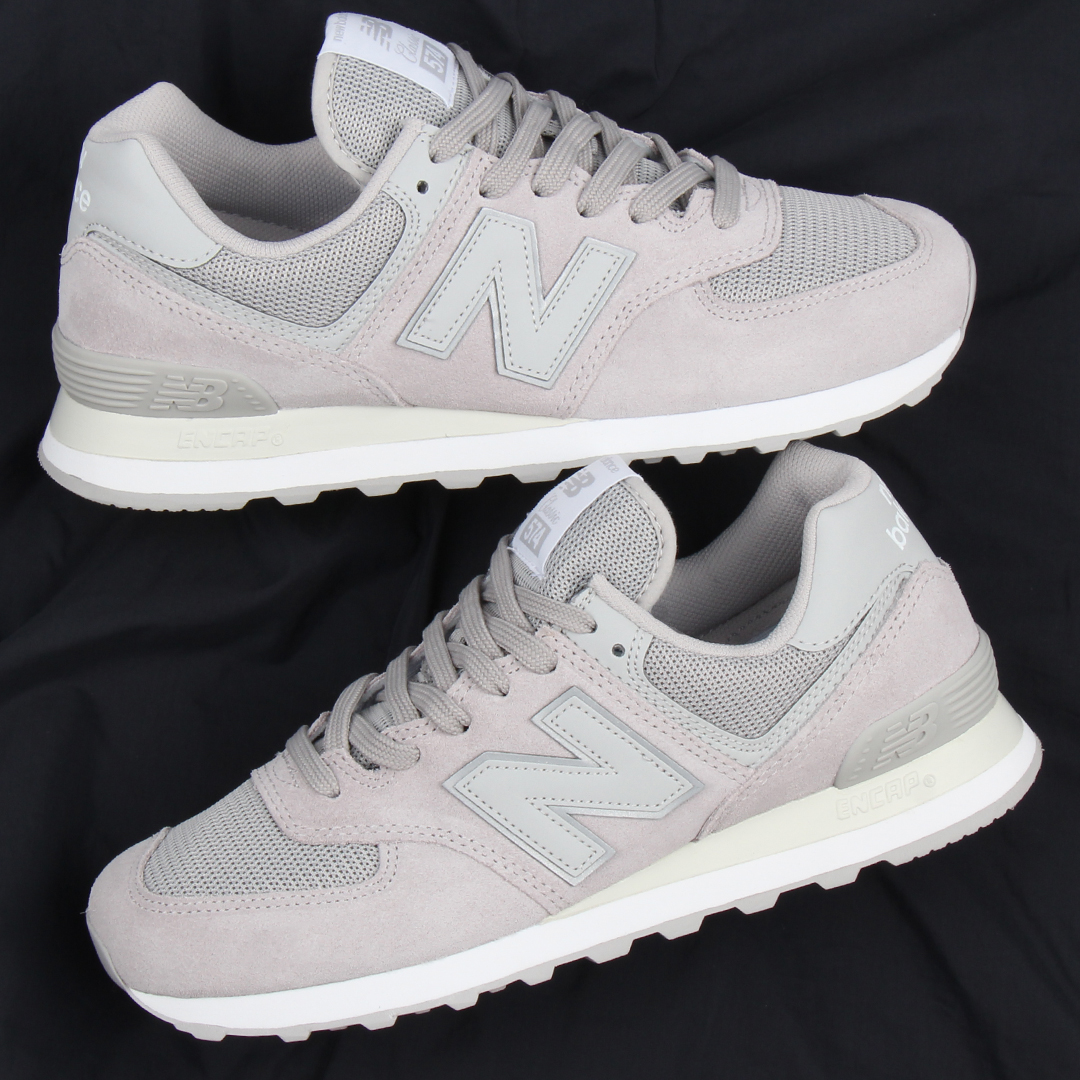