X
This site uses cookies to provide and improve your shopping experience. If you want to benefit from this improved service, please opt-in. Cookies Page.
Accept Cookies
80's Casual ClassicsTrainersNew Balance 574: The Return Of An 80s Running Icon
Menu New Balance 574: The Return Of An 80s Running Icon

The New Balance 574 trainer was born from an era of marathon runners & some of the very finest running shoes that were ever released.

For the majority of footwear brands’ out there it was the 1980s where the real magic started to happen when it came to the performance of running trainers. The 1980s fitness boom not only saw an increase of would-be runners take to the streets but a seismic shift in running shoe technology. It was all about the sole technology. Who could create the best traction, stability, comfort & cushioning were all key to running trainer design. Things really started to hot up in the 1980s and New Balance were at the very forefront of the groundbreaking running trainer technology that was born in the era. Long before the days of sell out collaborations and archival re-issues, like we know the brand today, the 1980s was where New Balance really stamped their name on the running world. In 1980 NB introduced the 620 closely followed by the 420 in 1982, the 670 in 1984, the 1300 in 1985 and then the New Balance 574 trainer in 1988. 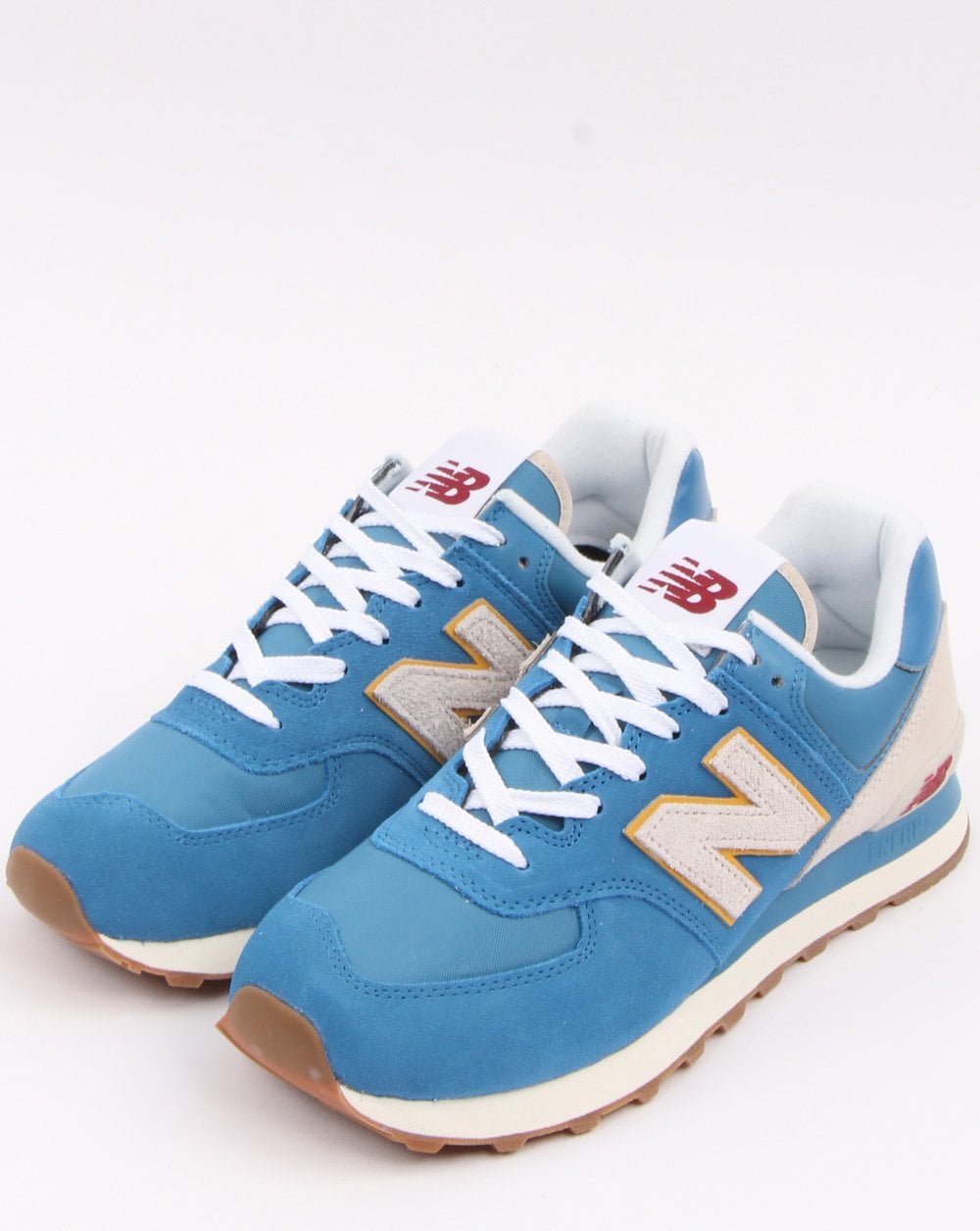 American marathon runner and New Balance athlete, Dick Beardsley, wore a pair of New Balance running trainers as he crossed the line for the Boston Marathon in 1982. Finishing second behind Alberto Salazar, Beardsley set a new American record in the process & put the NB brand in front of a global audience. The decade saw numerous running trainer releases from New Balance with the 574 up there as one of the most popular. Although it was marketed and designed solely as a running shoe, the 574 was just as good to wear for everyday use. Merging together the best bits from the 575 & the 576, the hybrid design of the 574 also utilised NB’s ENCAP sole technology which still remains a key feature of New Balance silhouettes today. The crossover between performance and lifestyle also saw NB tap into the growing trainer market where running trainers became just as popular to wear for everyday use. 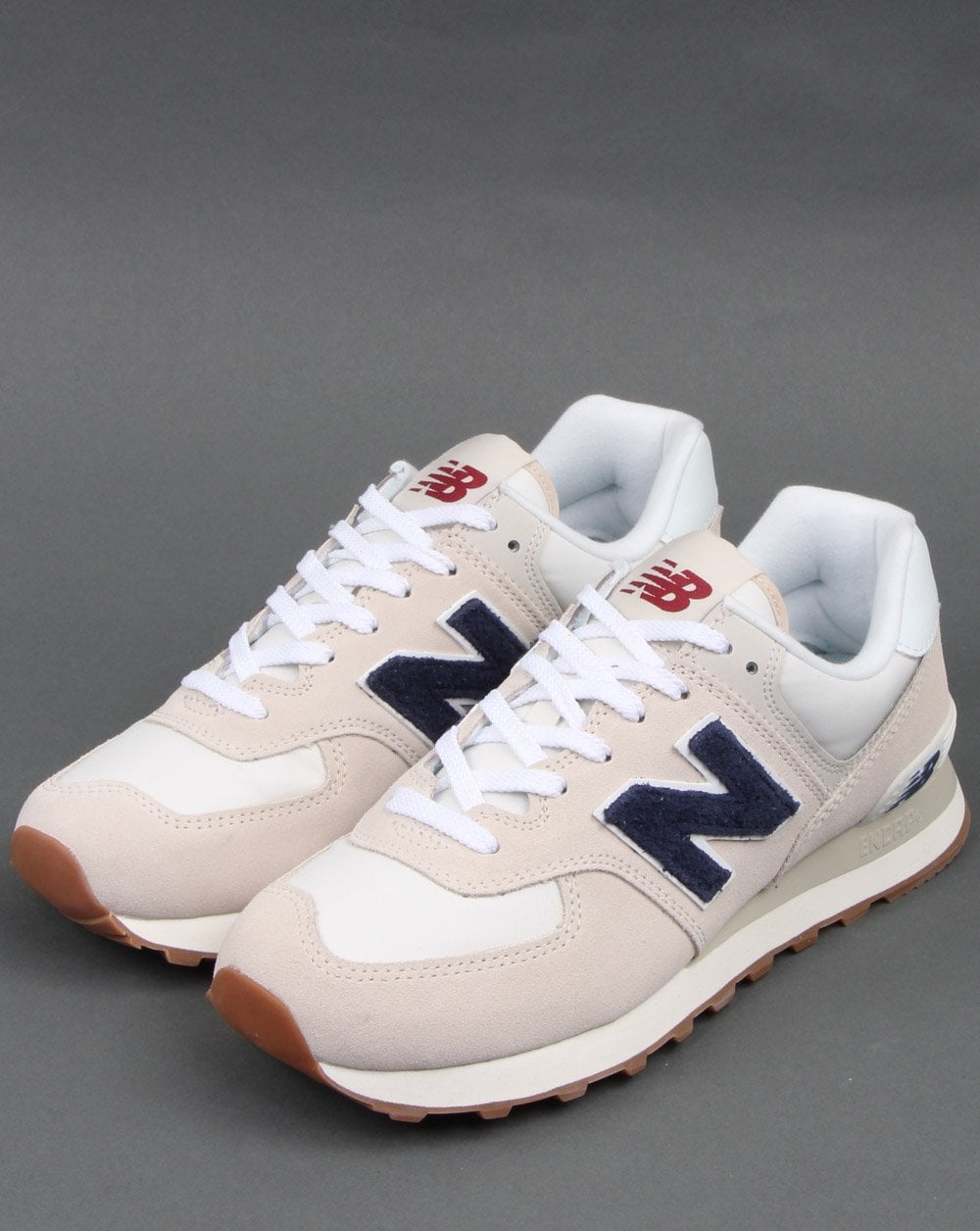 Above: The New Balance 574 trainer in off white  now available from 80s Casual Classics.

Now re-introduced to 80s Casual Classics the New Balance 574 trainer returns in a trio of fresh colourways for the latest season. The retro 80s runner features a mixture of premium suede and textile uppers alongside their celebrated ENCAP sole technology which combines lightweight foam with a durable polyurethane rim for all day trainer comfort. The classic NB style is finished off with the famous ‘N’ logo to the side walls & tongue tab as well as the 574’s iconic ‘all terrain’ grippy outsole. Some of the latest 574 colourways include mako blue, varsity gold and off white. 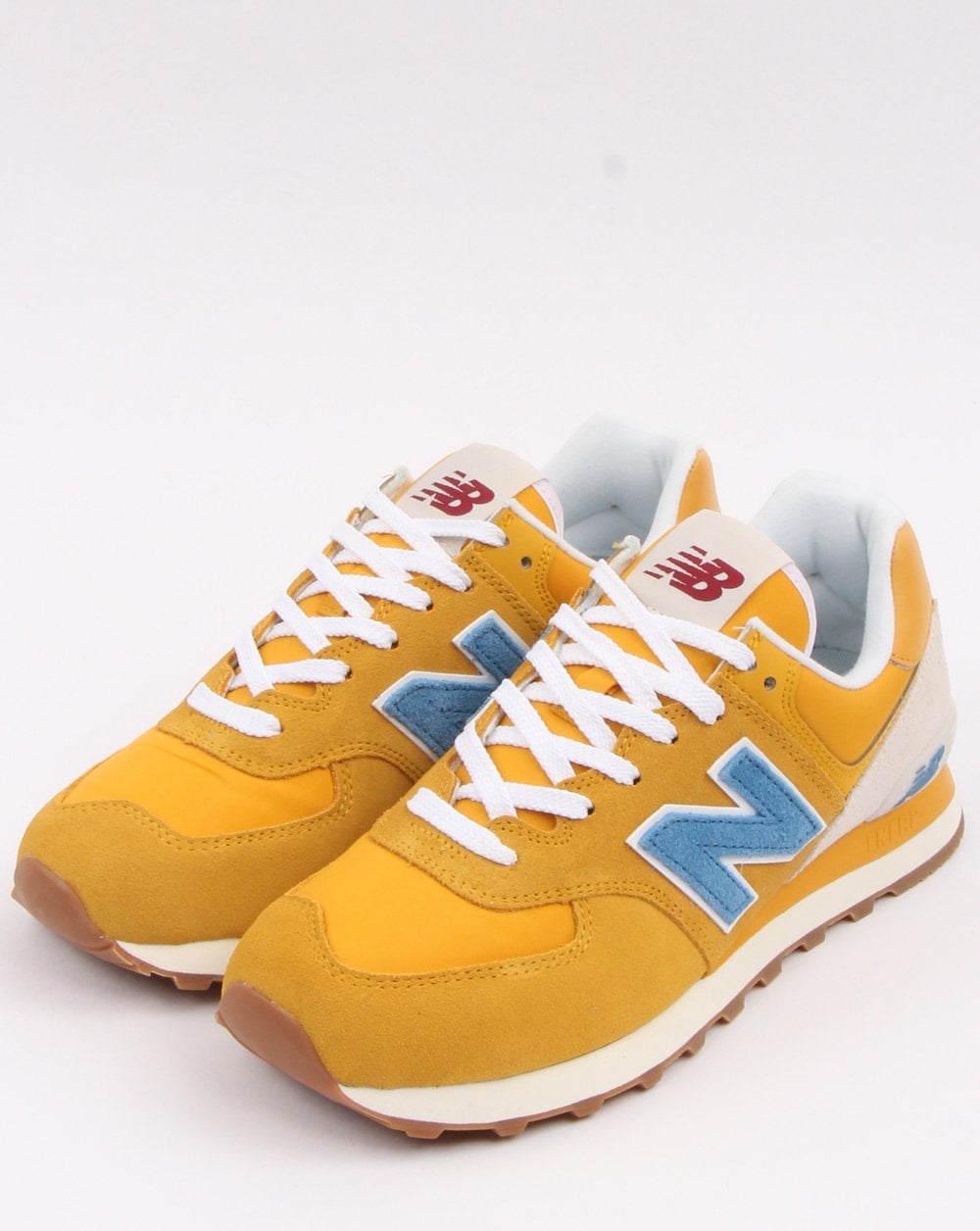