X
This site uses cookies to provide and improve your shopping experience. If you want to benefit from this improved service, please opt-in. Cookies Page.
Accept Cookies
80's Casual ClassicsTrainersThe New Balance 237 Gives A Nod To The Retro Runners Of The 1970s
Menu 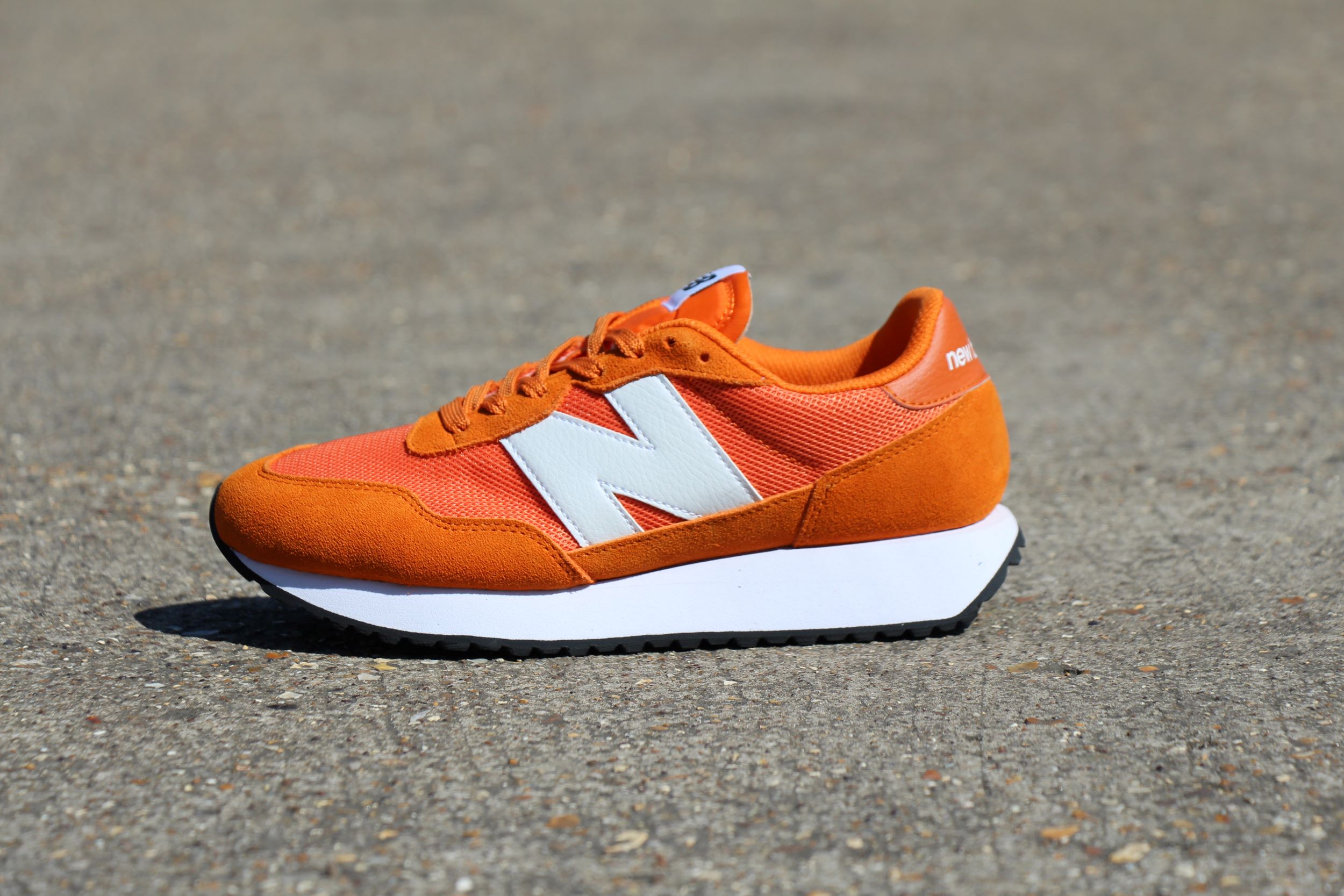 On first glimpse of the New Balance 237 trainer you’re probably thinking that looks like some sort of re-issue model. To be fair it does, but it’s actually a brand new model that could of easily featured in the Boston born brands’ running catalogue from 1976. If there’s one thing New Balance know a thing or two about it’s running shoes. Their running heritage is second to none with a vast archive of running trainers that dates all the way back to the 1960s. From their very first N logo trainer with the 320 back in 1976 to the legendary 99x series from the 1980s, New Balance don’t mess about when it comes to manufacturing the very best running trainers. For 2021, NB have now introduced the New Balance 237 trainer which gives a nod to the retro running trainer designs of the 1970s. 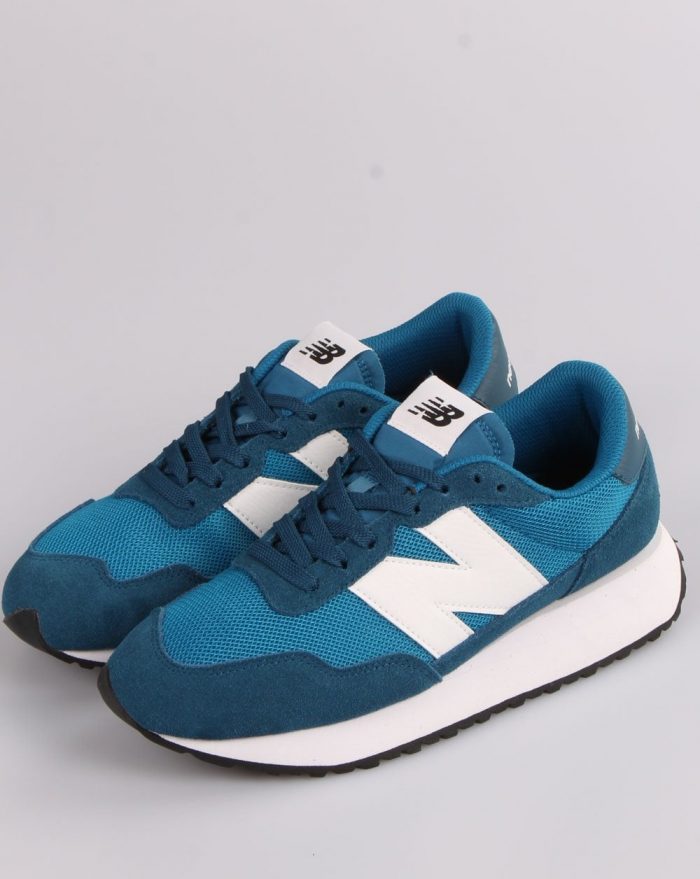 Above: The New Balance 237 trainer in blue/white now available from 80s Casual Classics.

Following the introduction of the Trackster trainer in the 1960s, New Balance was one of the very first sportswear brands to focus solely on running shoes. When Jim Davis took over New Balance, funnily enough on the same day of the Boston Marathon in 1972, the concept of the company going forward was pretty simple. Making great quality products that were designed specifically for running. 1976 saw the brand first introduce their signature ‘N’ logo with the 320 silhouette.

The New Balance 320 trainer really set the benchmark as far as running shoes at the time were concerned & would start the NB revolution we know today. Built for speed and stability the 320 quickly became a runners’ favourite, winning the number one running shoe via Runner’s World Magazine. The latest New Balance 237 trainer looks back to the classic NB runners from the 1970s such as the original 320 silhouette from 1976. 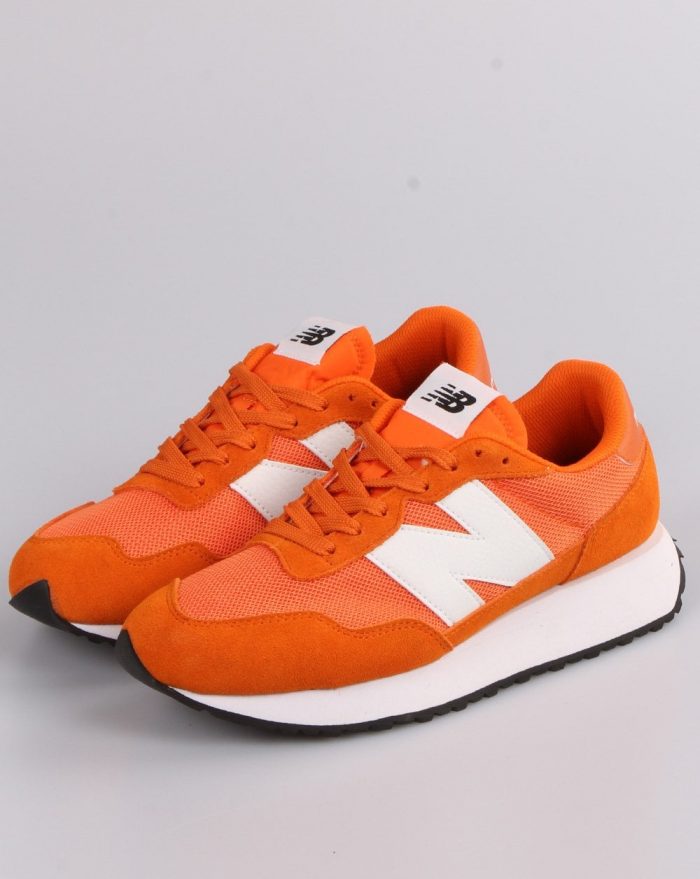 Above: The New Balance 237 trainer in orange/white now available from 80s Casual Classics.

Taking design cues from classic NB styles such as the 320, the New Balance 237 trainer features all the original traits from the 70s running archives. Featuring mesh with suede & nylon overlays for a classic vintage vibe, the silhouette reminds us of the golden era of retro running shoes. Other highlights include a chunky white midsole with a grippy rubber outsole for added traction. The iconic N logo features to the sidewalls as well as the NB logo to the tongue. The New Balance 237 trainer is now available from 80s Casual Classics in a selection of classic colourways such as varsity orange & rogue wave blue.