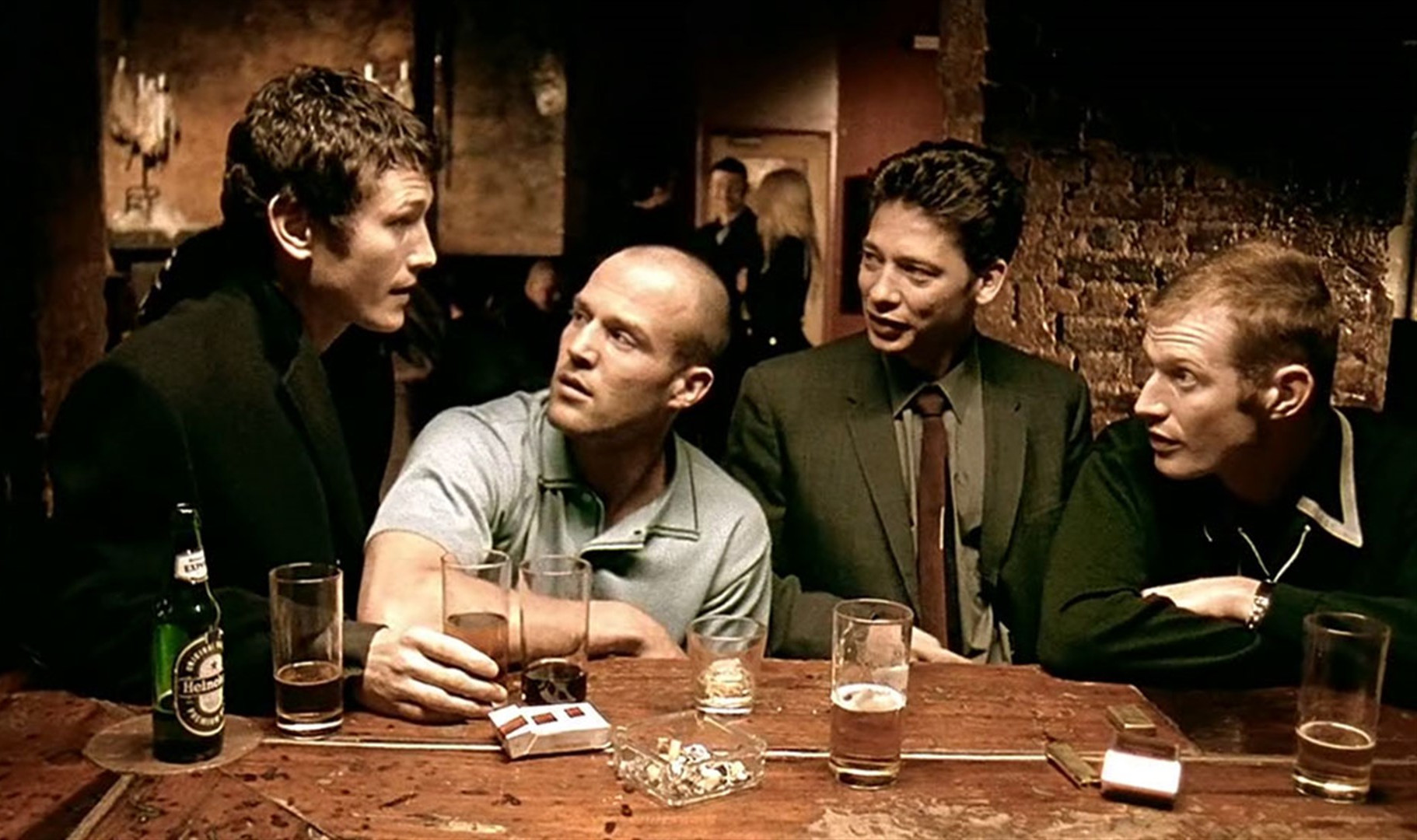 It’s hard to believe its 21 years since the likes of ‘Hatchet’ Harry, Barry The Baptist, Rory Breaker and Nick the Greek brought us a new wave of British gangster film to the big screen. Guy Ritchie’s tongue ‘n’ cheek cult crime classic brought about the next generation of British gangster films after the likes of ‘Get Carter’ from 1971 and ‘The Long Good Friday’ from 1980. The London underworld was captured through a new nitty gritty lens, brought to life through a story of cockney rhyming slang, bromances, East End gangsters, illegal gambling and antique guns with filming locations spread across Shoreditch in the East to Camden in the North. From weed farms run by hippy students to golf club torturing gangsters to perm haired thieving scousers, 125 uses of the word ‘fuck’ and even a guest appearance from Sting. Lock Stock & Two Smoking Barrels had it all!

Ex-Wimbledon football player and all round tough nut, Vinnie Jones, even landed a role in the film, a role which meant he had to rush down to the set after football training. On the first day of filming he was also released from police custody after getting in a fight with his neighbour! The now Hollywood superstar, Jason Statham, saw his first major movie role as Bacon, a role which would lead to global stardom with films such as The Transporter, The Expendables and the Fast & The Furious franchise. Other notable actors included Nick Moran as Eddie, Jason Flemyng as Tom and Dexter Fletcher as Soap. Bacon, Tom, Soap and Eddie are a group of mates in the film who like to do the odd scam, take the piss out of each other and go to the pub.

It all goes drastically wrong when Tom loses a game of cards to ‘Hatchet’ Harry, putting them in £500,000 debt with the psychopathic sex shop owner. After eventually finding a way to pay Harry back by taxing a group of gangsters that live next door, the film ends with a Western style show down bringing together the different sub-stories of the plot with a good old shoot em up. The value of the antique guns, that end up in the hands of the Nick the Greek & then Tom is finally revealed, courtesy of Big Chris (Vinnie Jones). The film ends on a cliff-hanger with Tom hanging over a bridge and the antique guns on the verge of floating down the muddy banks of the river Thames.

Thanks to Lock Stock & Two Smoking Barrels, the British gangster genre was able to thrive throughout the noughties. Films like Snatch (2000), Layer Cake (2004) and The Business (2005) were all made possible thanks to Guy Ritchie’s critically acclaimed film from 1998.

Above: Get the Lock Stock look. Our selection of smart casual polo shirts from Gabicci, Ben Sherman & Pretty Green.

In Celebration of the 21st anniversary of the film we have put together a collection of Lock Stock inspired polo shirts at 80s Casual Classics. The film features numerous tipped collar polo styles from Gabicci as seen in the pub scenes with Bacon, Tom, Soap and Eddie. We’ve also got that classic casual British style from brands like Pretty Green and Ben Sherman, both offering up their take on the laid back London look. Great for them slightly smarter occasions with a pair of jeans and casual trainers.