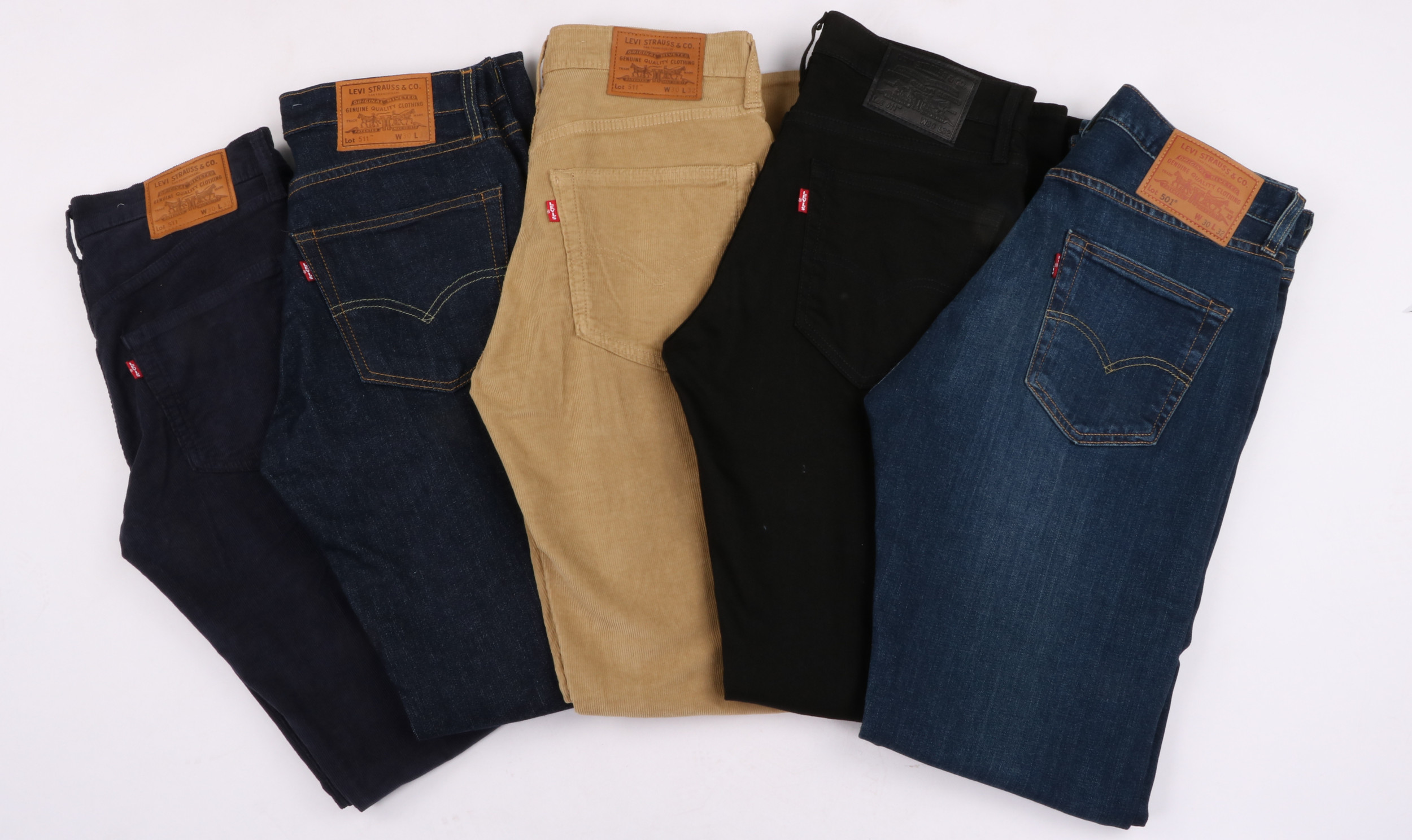 The story of Levi’s jeans goes way back to the Wild West when gun slinging & drinking whiskey in saloons with saddle sore was the thing.

Originally born in Bavaria in 1829, Levi Strauss moved to San Francisco in the USA in 1853 and formed Levi Strauss & Co. 1873 saw the birth of their signature blue jeans, which would become a key look of the cowboys of the Wild West at the time. Strauss had no idea just how big the jeans would become over the next 100 or so years. Originally released as trousers for workers, the iconic blue cotton pants have become so much more than a pair of humble jeans. The cowboy connection of the brand has seen a variety of different subcultures jump on the Levi’s Jeans “bandwagon” from the skinheads of the late 1960s to the casuals of the 1980s. 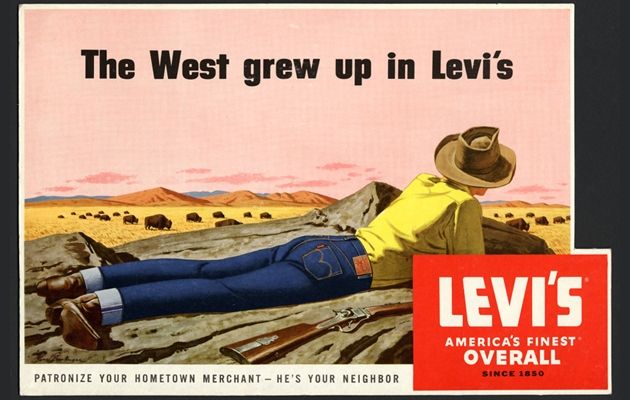 In 1936 Levi’s first introduced their famous red tag which has become like a trademark of quality & craftsmanship in the world of denim. Popular culture in 1950s in the USA, fuelled by American consumerism, saw the brand became a household name and a popular choice for college kids on campus. Mr Cool himself, Steve McQueen was also an avid of the brand and was often seen wearing a pair of blue Levi’s jeans throughout his highly profiled acting career during the 1970s. 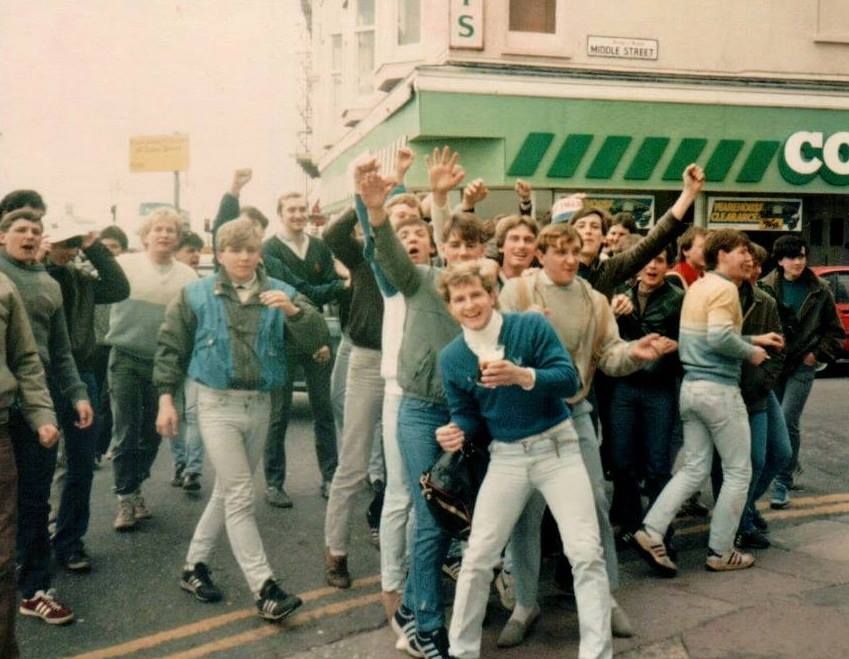 Above: Stonewashed Levi’s & adidas trainers were massive with the original casuals of the 1980s.

Even though the brand has made its mark with cowboys, college kids & Mr Cool, here in the UK it was the subculture connection that really made the brand what it is today. The skinheads were avid wearers of Levi’s jeans in the late 1960s, usually worn rolled up at the hem to showcase their Dr. Martens boots. During the 1970s the “jeans with trainers” look became a massive trend, something which the original casuals would take to new levels in the late 1970s and early 80s wearing rare adidas trainers with stonewashed Levi’s jeans. The casual connection of the American denim brand has remained just as strong over the last 4o years. You only have to put “casual outfit” into an Instagram search to find 1000’s of outfits that will usually feature a pair of Levi’s in the mix, alongside the usual adidas trainers & outerwear. 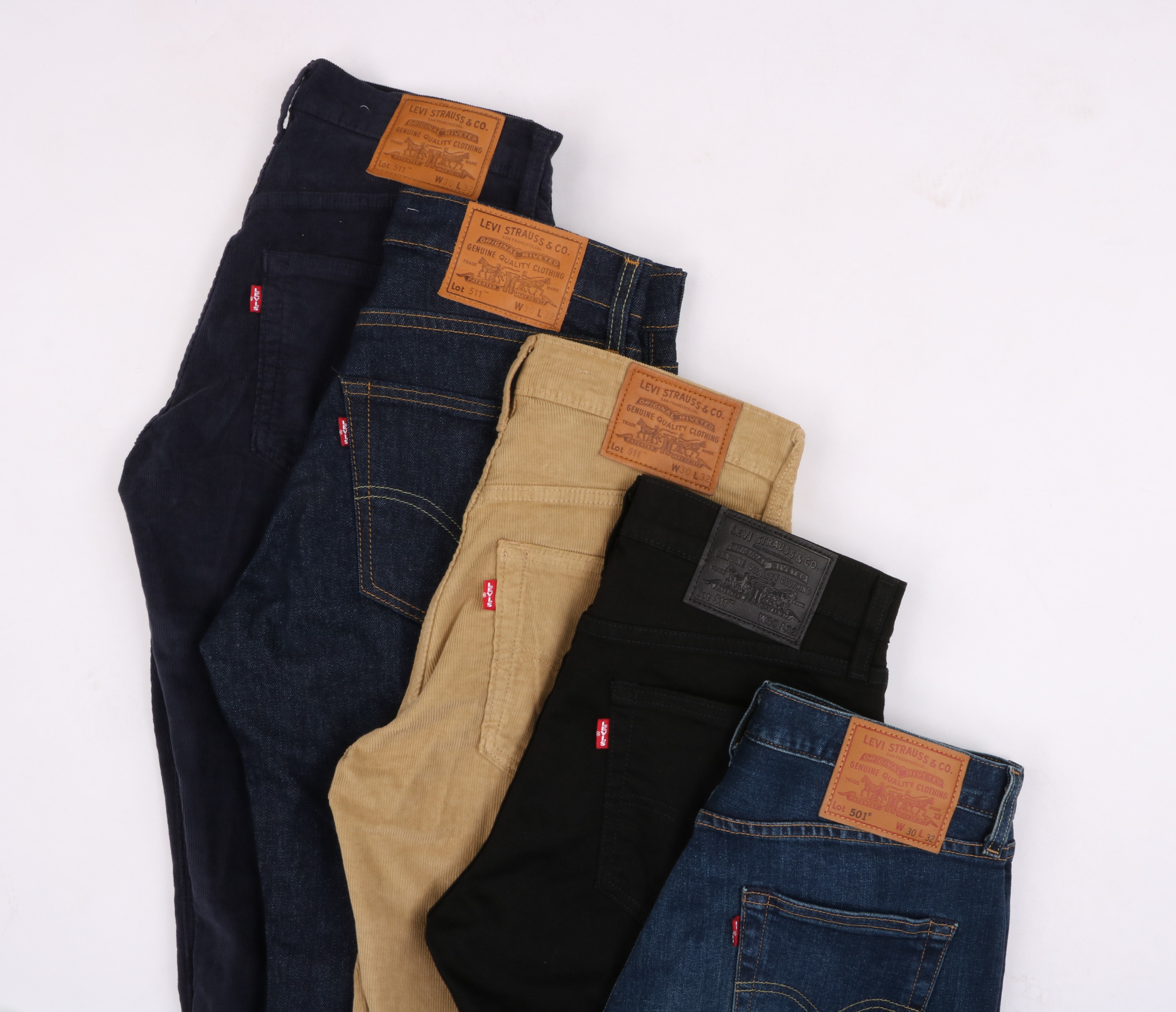 Above: The latest collection of Levi’s Jeans now available from 80s Casual Classics.

The spirit of the American born casual denim brand is now proudly introduced to 80s Casual Classics with a selection of classic Levi’s styles like the 501 & the 511. The Levi’s 501 is a classic straight leg “regular” jean and comes available in a variety of different denim washes. We’ve also introduced the 511 in a variety of a denim washes & cords. Highlights include the signature red tab branding to the rear pocket, classic 5 pocket styling with both regular & slimmer fits available for the modern day wearers. Team them up with a pair of adidas trainers and you’re good to go!