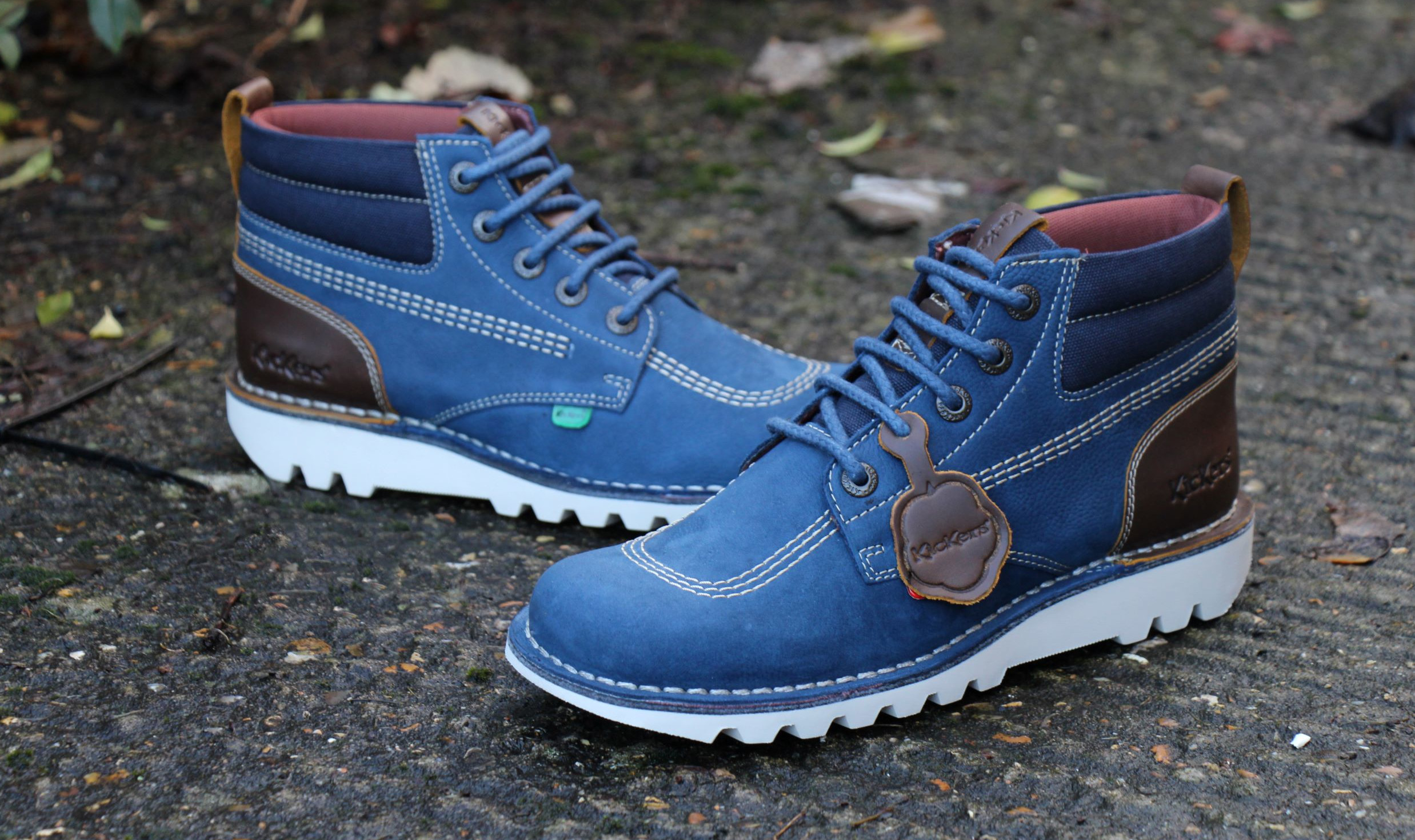 The Kickers Kick Hi boot was famously worn by Ian Brown when he visited the Hacienda nightclub in Manchester.

For those who aren’t aware of what getting mashed actually meant, picture the faces of the crowd on the dance floor at the Hacienda back in the early 90s when the likes of Sasha, Mike Pickering or Graeme Park were mixing it up between Black Box & Bizarre Inc on the 1s & 2s. Smiling (gurning) faces, dilated pupils, no sight of alcohol with rushes of serotonin and euphoric highs that lasted well into the early hours all somehow fit together with this latest ‘Mash Up’ version of the Kickers Kick Hi Boot. Obviously the shoe itself has nothing to do with drugs and euphoria (drugs are bad kids!) but the Manchester and music connection certainly does. Even though the iconic style had already been endorsed by a variety of rock n roll royalty from The Who’s Roger Daltry to David Bowie, it was the Madchester Baggy scene that really gave the Kickers Kick Hi Boot the iconic status it holds today. 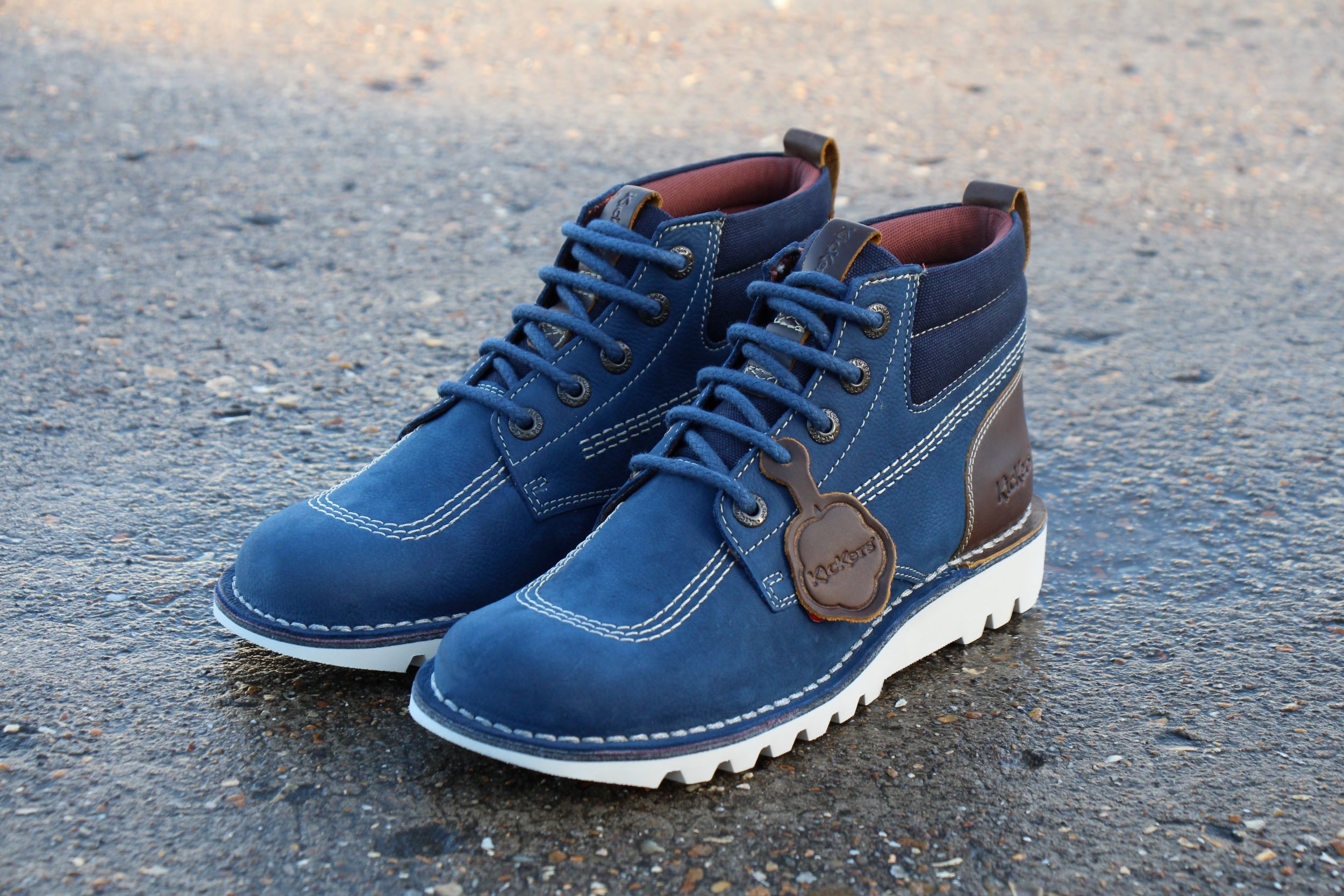 Above: The Kickers Kick Hi Mash Up Boot in blue now available from 80s Casual Classics.

Towards the end of the 1980s in the UK subcultures and the fashion that went with it had changed. The Baggy scene saw the introduction of bucket hats, baggy jeans and colourful tie die t-shirts. The only problem was that if you wanted to go to a nightclub at the time in your latest baggy gear, the clubs still operated a no trainer policy, which meant you had to wear smart shoes. Just like sportswear was banned from a lot of clubs, the idea was that it would keep the troublemakers and the toerags out. Although the music played in the nightclubs had changed, the door policies hadn’t, which meant a crossover style like the Kickers Kick Hi was the perfect footwear choice to get the bouncers approval on the doors. Stone Roses front man, Ian Brown, famously wore the Kickers Kick Hi when he frequented Manchester’s iconic Hacienda venue, he also wore a pair in the Fools Gold video from 1989. 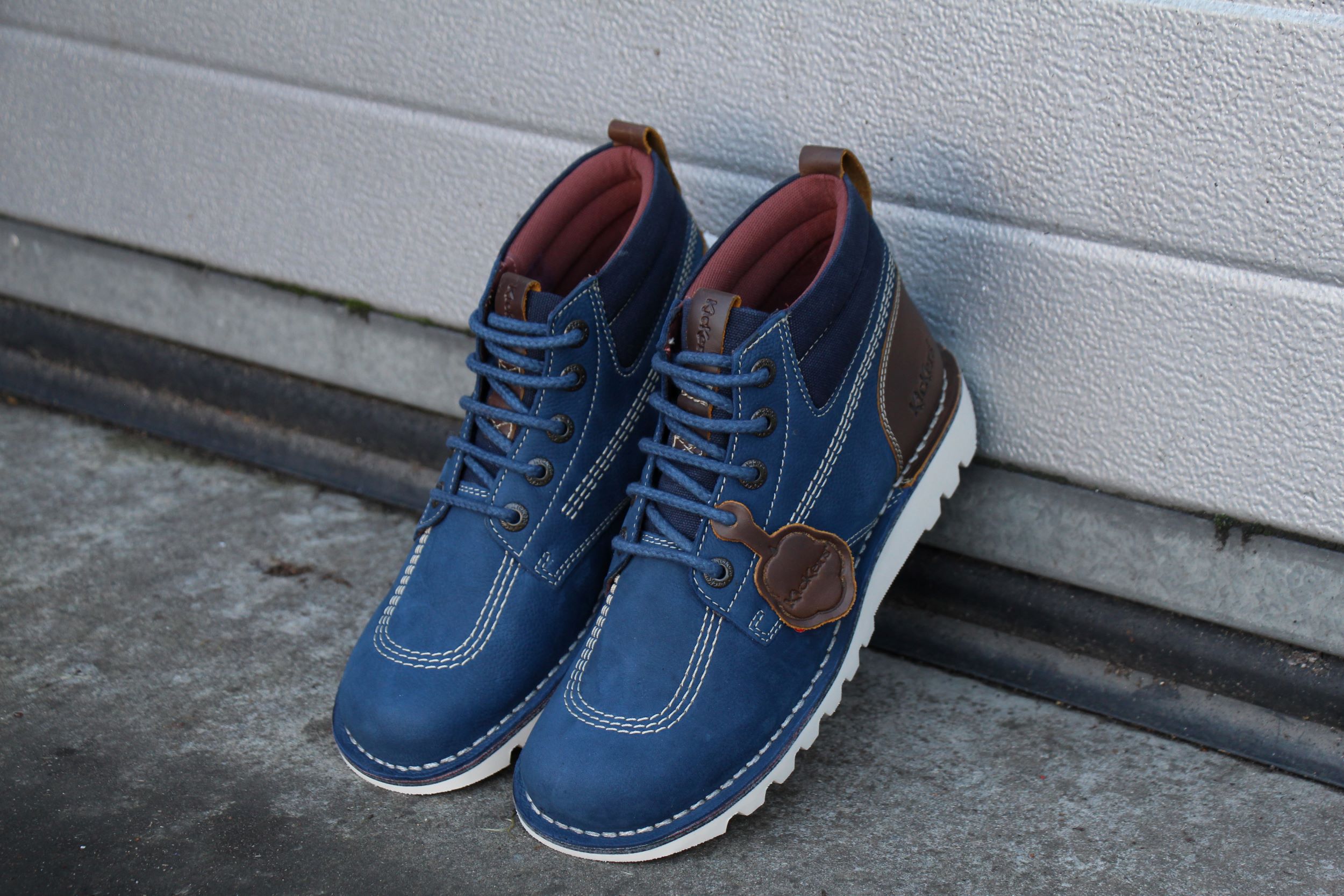 Above: The Kickers Kick Hi Mash Up Boot in blue now available from 80s Casual Classics.

Moving into the 90s the Kick Hi also became a staple footwear style on the football terraces. The Paninaro look of the late 80s saw boots teamed up with Italian brands such as Stone Island and denim jeans. This look would make its way across Europe and start a new 90s casual style adopted by the likes of Oasis and the Gallagher brothers. Also worn by a variety of ‘God Like Geniuses’ throughout the 90s Britpop scene the Kickers Kick Hi is quite simply a British footwear icon.

Now introduced in an updated ‘Mash Up’ version the Kickers Kick Hi returns to 80s Casual Classics for the latest season. Highlights of the foul weather ready style include nubuck suede uppers in blue with contrasting white stitching throughout. Other features include the signature chunky sole unit, brass eyelets and the famous red and green Kickers tabs to each side. A great footwear style teamed up with jeans and outerwear for the colder casual months.