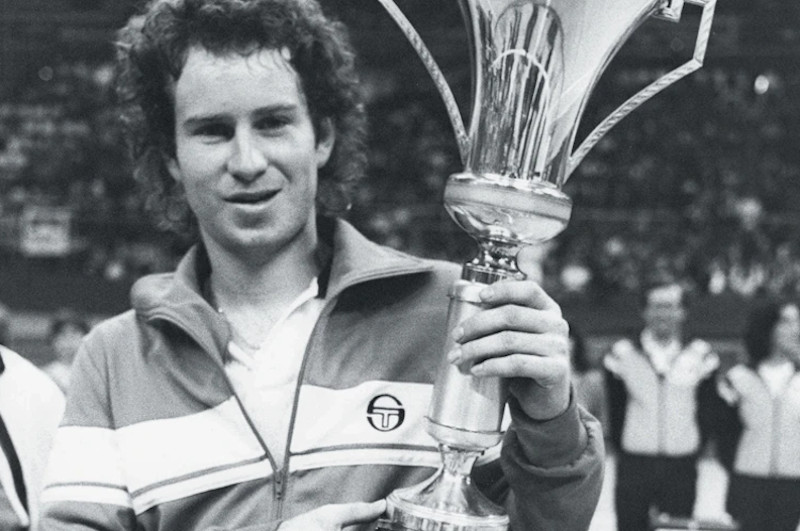 Sergio Tacchini: The Marvel Of McEnroe

If there was anyone that put the Sergio Tacchini track top on the casual radar, it was without a doubt the American tennis legend John McEnroe.

John McEnroe was the perfect athlete to take Sergio Tacchini’s style driven vision of tennis apparel to the next level. Tachini thought traditional tennis whites were boring and who better to endorse that than a no fuss “go getter” like McEnroe who would stop at absolutely nothing in his tracks. The rising tennis star took Tacchini to the next level with his numerous Grand Slam titles & wild centre court antics. The highly profiled rivalry between Borg & McEnroe in the early 1980s heated up the rivalry between Fila & Tacchini even further. It was all about who could get the coolest looking gear on their athlete, and to be fair they both did an extremely good job of it. The Sergio Tacchini track tops & polo shorts worn by John McEnroe throughout this magical era have gone down in casual history as some of the very greatest sportswear styles of all time. As far as retro sportswear goes from the golden casual era of the 1980s, it really doesn’t much get better. 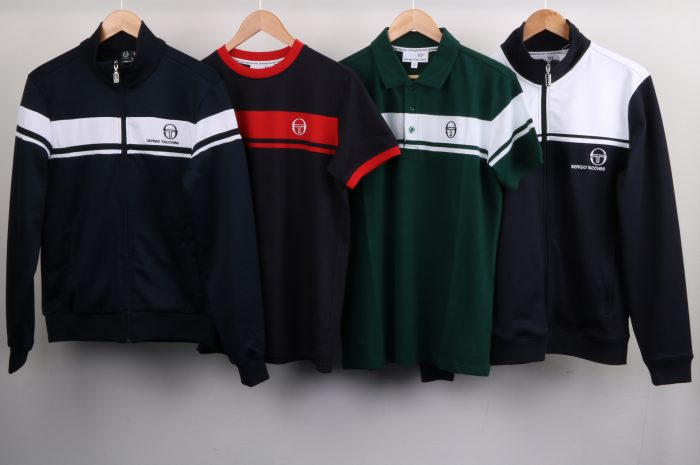 Above: The latest arrivals from Sergio Tacchini now available from 80s Casual Classics.

There were numerous Sergio Tacchini track tops that McEnroe wore throughout his highly profiled career. One of them was the Masters, which took its original name from the Masters Grand Prix of which McEnroe won numerous singles titles in London, Stockholm, Tokyo, Philadelphia and Forest Hills between 1978 and 1985. The Masters has become a staple track top style at 80s Casual Classics and now arrives in the iconic navy colourway as famously worn by the American tennis legend. 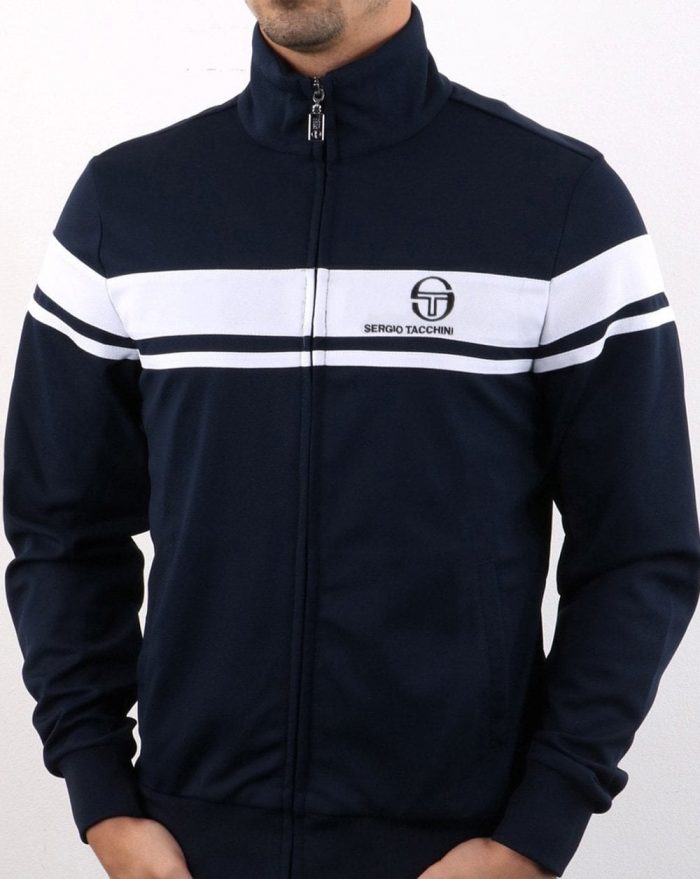 The Sergio Tacchini Young Line range was arguably one of McEnroe’s most signature “on court” looks. The Young Line range itself came at a pinnacle era of casual fashion & one-upmanship, with the New Young Line tracksuit also coming in full tracksuit form with removable zip sleeves. Available in a range of classy colourways, the New Young Line was just about as good as it got when it came to expensive Italian sportswear & quickly became an extremely sought after style for the young Casual.

John McEnroe was famously wearing the Young Line polo shirt during his centre court meltdown at Wimbledon in 1981 against Tom Gullikson as the umpire called his shot out. The Young Line polo shirt now arrives at 80s Casual Classics in some exclusive colourways such as deep green for an updated spin on the iconic tennis silhouette. 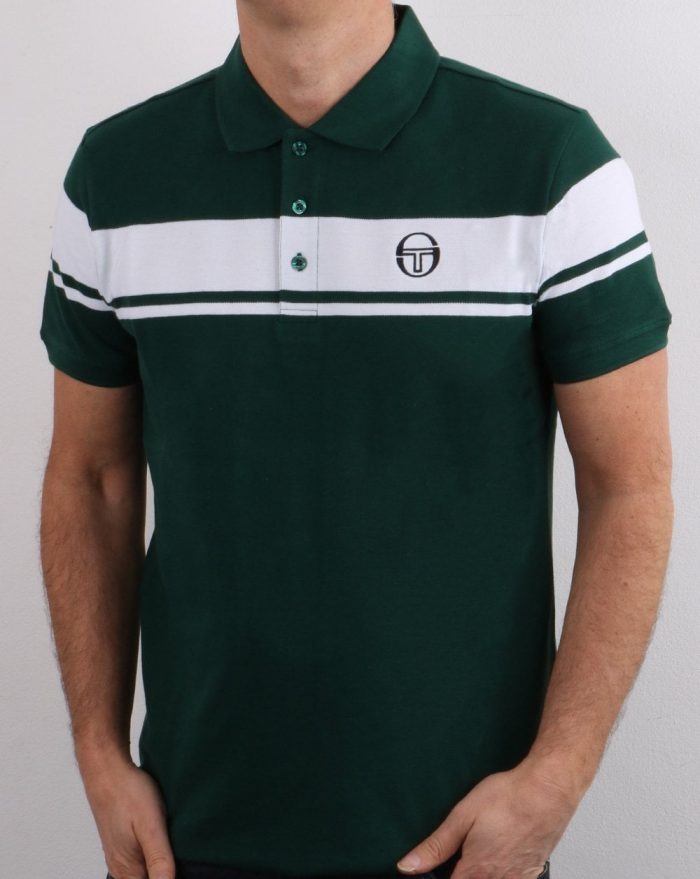 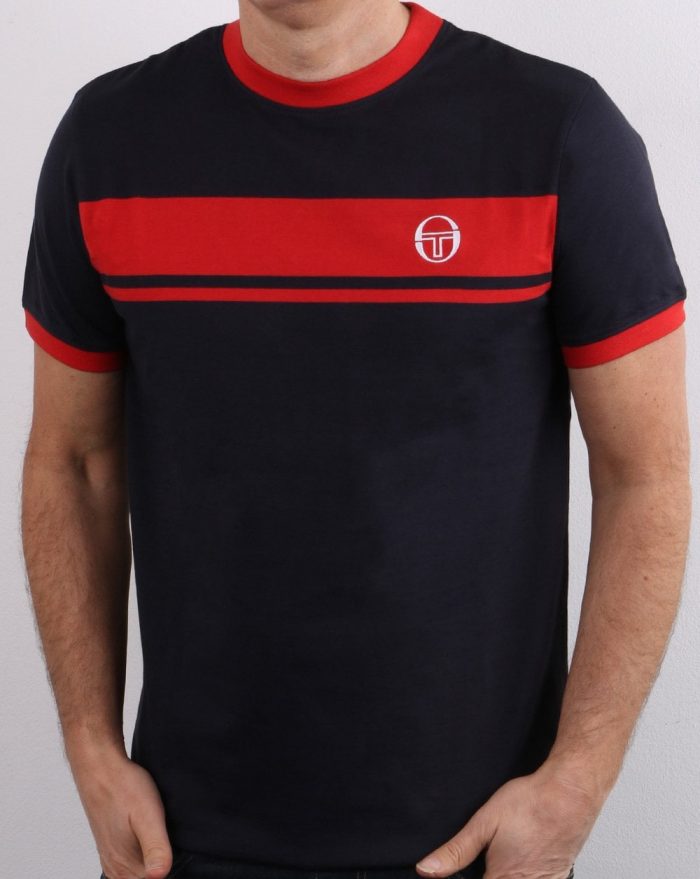