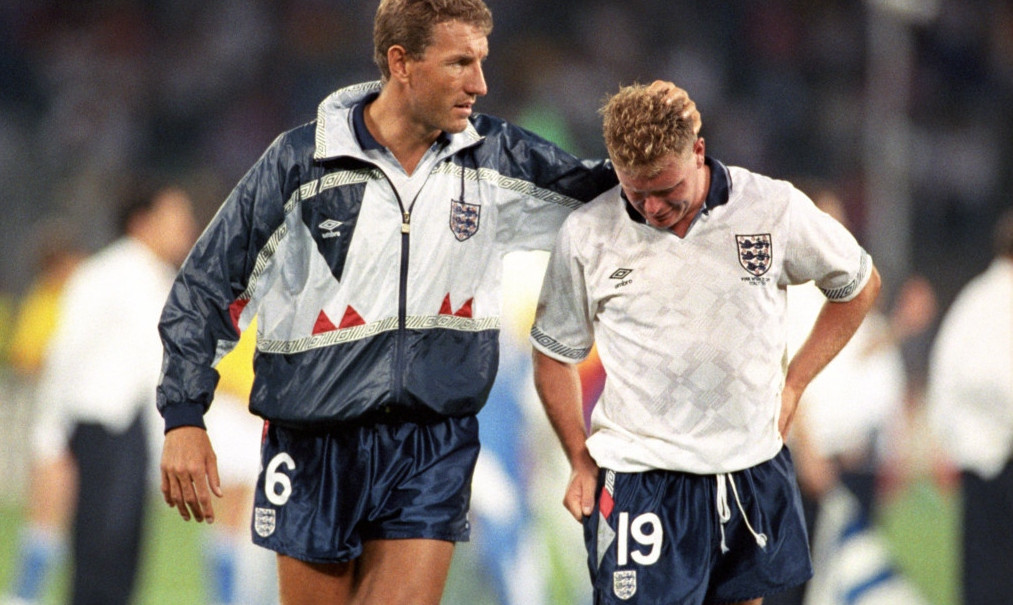 Italia 90′ certainly packs a punch when it comes to football nostalgia for England football fans & supporters.

Italia 90′ was the first major football tournament of the 1990s, a decade that was arguably one of the most successful for England at international & European level. Italia 90′ also marked the start of a new era in Europe with the rise of rave culture in the late 80s & the fall of the Berlin wall in 1989. And although Germany still remained divided by East & West in 1990, a year before the Soviet Union would officially fall, it was clear that the celebrations of unity & peace would follow into the worlds greatest football tournament. The party atmosphere of the tournament was only amplified further with carnivals & celebrations running across the scooter packed cobbled “stradas” of Rome, Verona, Genoa, Bologna, Naples, Florence, Milan & Turin. 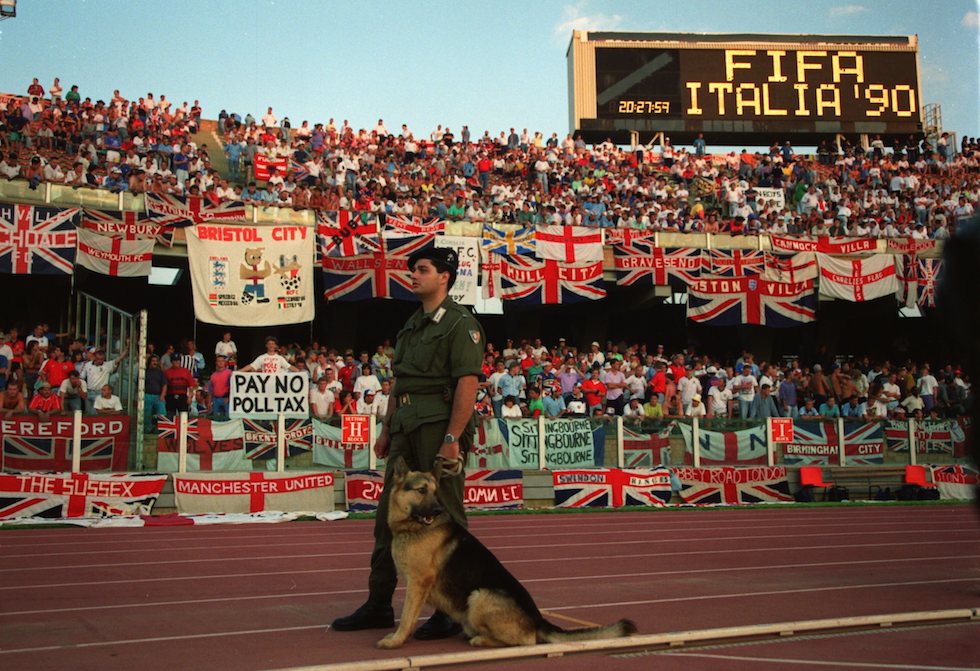 However behind the fanfares, the flags & the football festivities the English disease of football hooliganism was making the headlines just as much as the games themselves throughout the tournament. A start of the “pictures & puns” tabloids’ taking on the troublemakers themselves which would later lead to naming & shamming as well as passport confiscations for English football hooligans throughout the 1990s. Italia 90′ saw the Italian authorities taking an authoritarian approach to England hooligans, which sometimes led to arresting and detaining anyone they found wearing an England shirt. Hundreds of England fans were detained and then flown them back to Heathrow to minimise the trouble. In typical England football fan style it was the plastic chairs & glass bottles getting thrown around that caused the most problems for the locals.

Above: Typical scenes with England fans & the Italian police at Italia 90′.

Highlights of the tournament itself included Cameroon topping their table and reaching the quarter finals as one of the first African sides to get so far. For England it was Gazzas famous tears as they were knocked out of the tournament on penalties to West Germany in the semi-finals. The West Germans went on to take World Cup glory with the Bayern Munich football legend, Franz Beckenbauer, adding more international trophies to his cabinet only this time as manager. It was also the last international tournament before unification of East & West Germany. 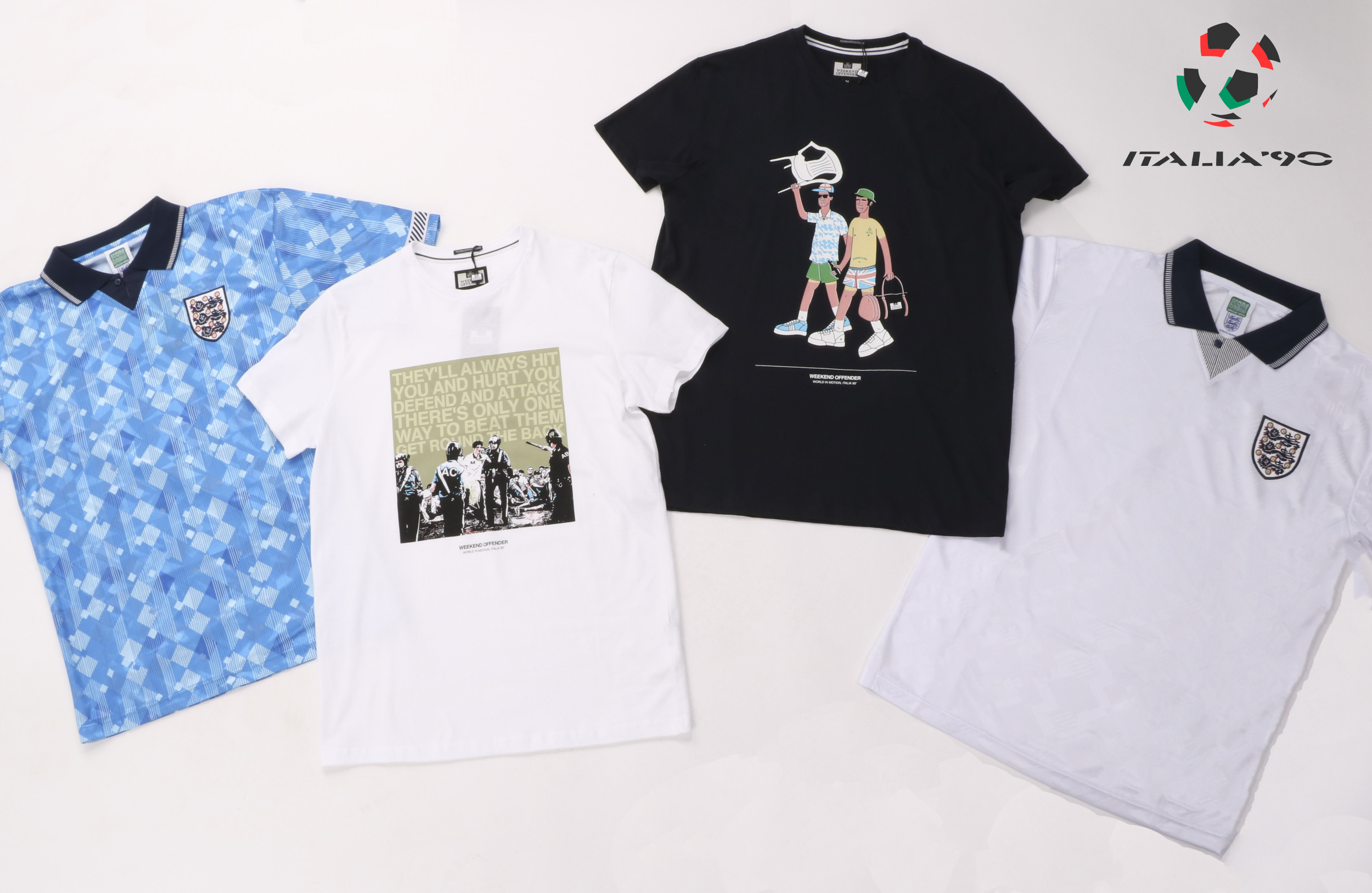 As far as World Cup’s have gone over the last 30 years, none have really come close to Italia’ 90 and it would probably take something extraordinary to do so. 2020 marks the 30th anniversary of Italia 90′ and in true Italian World Cup spirit we have now introduced a selection of football inspired goodies for the summer season. We’ve got both white (home) & blue (third) versions of the England 1990 football shirt as worn by the likes of Paul ‘Gazza’ Gascoigne, Gary Linekar, David Platt, Stuart Pearce, Paul Parker & Peter Beardsley. 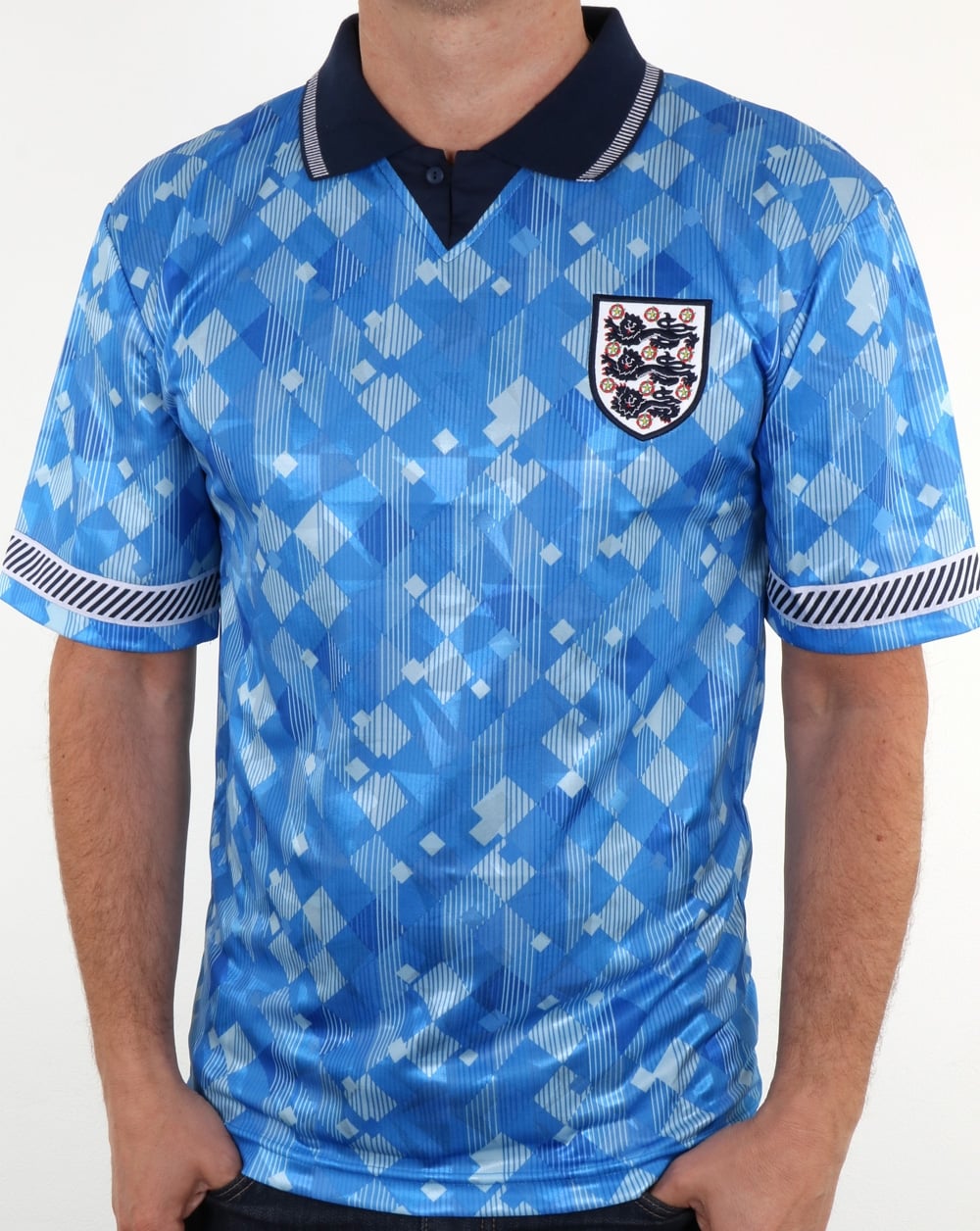 In celebration of the 30th anniversary of Italia 90′ Weekend Offender have joined forces with the West Yorkshire based illustrator, Josh Parky Art, for an exclusive World Cup inspired design. The ‘Chairs’ design features some typical England fans at the early 90s tournament with plastic chairs, booze, tan lines, union jack shorts & adidas trainers. Weekend Offender have also introduced the ‘Fans’ t-shirt which features an original photograph from the tournament with the lyrics from New Order’s World In Motion song. 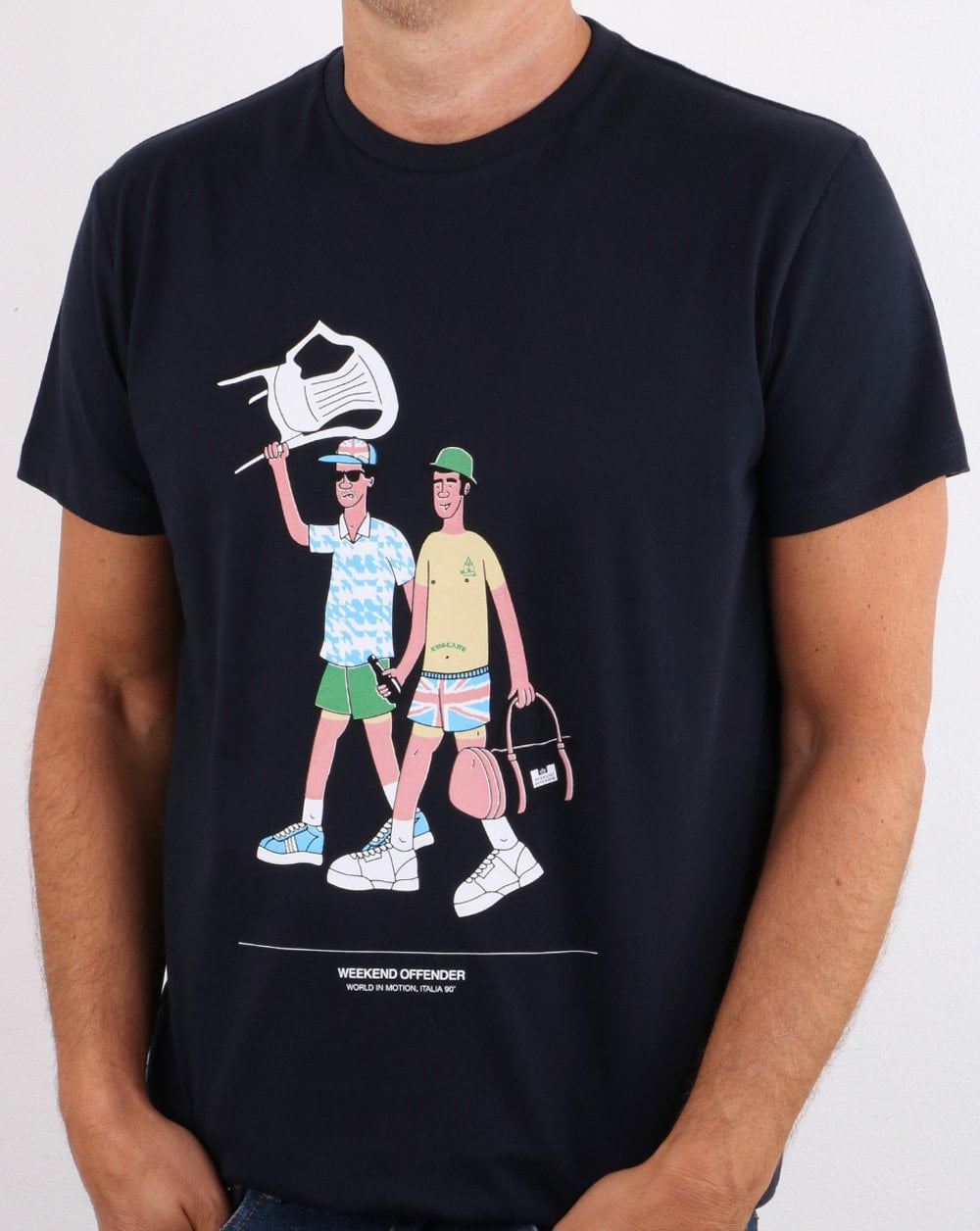