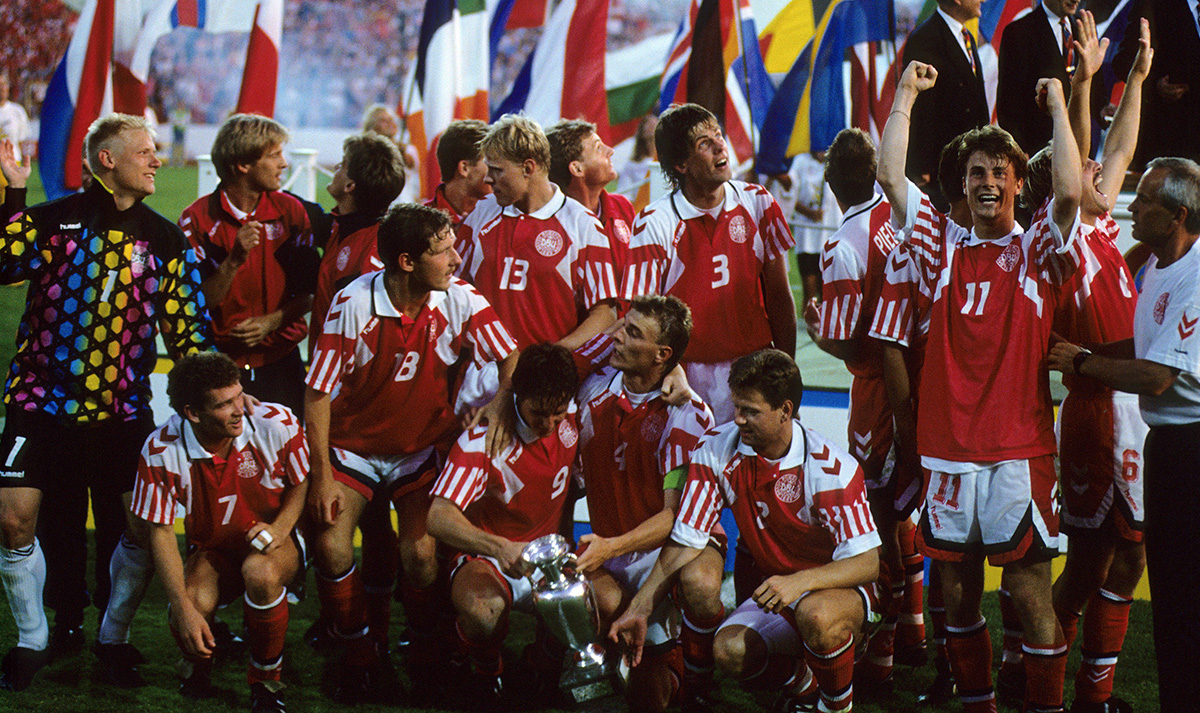 From Hamburg To Hearts: The Football Heritage Of Hummel

Started in Hamburg in 1923 by two brothers, Albert Messmer and Michael Ludwig Messmer, Hummel are a heritage sportswear brand with nearly 100 years in the game. Just like the Dassler brothers had the vision to be the greatest sportswear brand in the world, so did the Messmer’s, introducing one of the first football boots to the world in the 1923. Football boot production soon turned into kit sponsorship with Hummel signing a deal with Duisburg from the German Bundesliga in 1968. This initial kit deal would lead to worldwide exposure with further sponsorship’s with the Denmark national team in 1979. Danish legends like Peter Schmeichel are just some of the football icons who have donned the famous bumble bee logo and chevrons, with the colourful Denmark goalkeeper kit from 1992, the same year in which Denmark won the UEFA European Football Championship. Schmeichel’s very own son, Kasper, would also go on to rep the Hamburg born brand at the international stage with kit sponsorship’s stretching all the way to Sydney University in Australia and Charcarita Juniors in Argentina. Other football kit sponsorship deals over the years have included Heart of Midlothian (Hearts), Dundee United, Glasgow Rangers, Tottenham Hotspur, Aston Villa, Real Madrid, St. Pauli and the Norway national team. 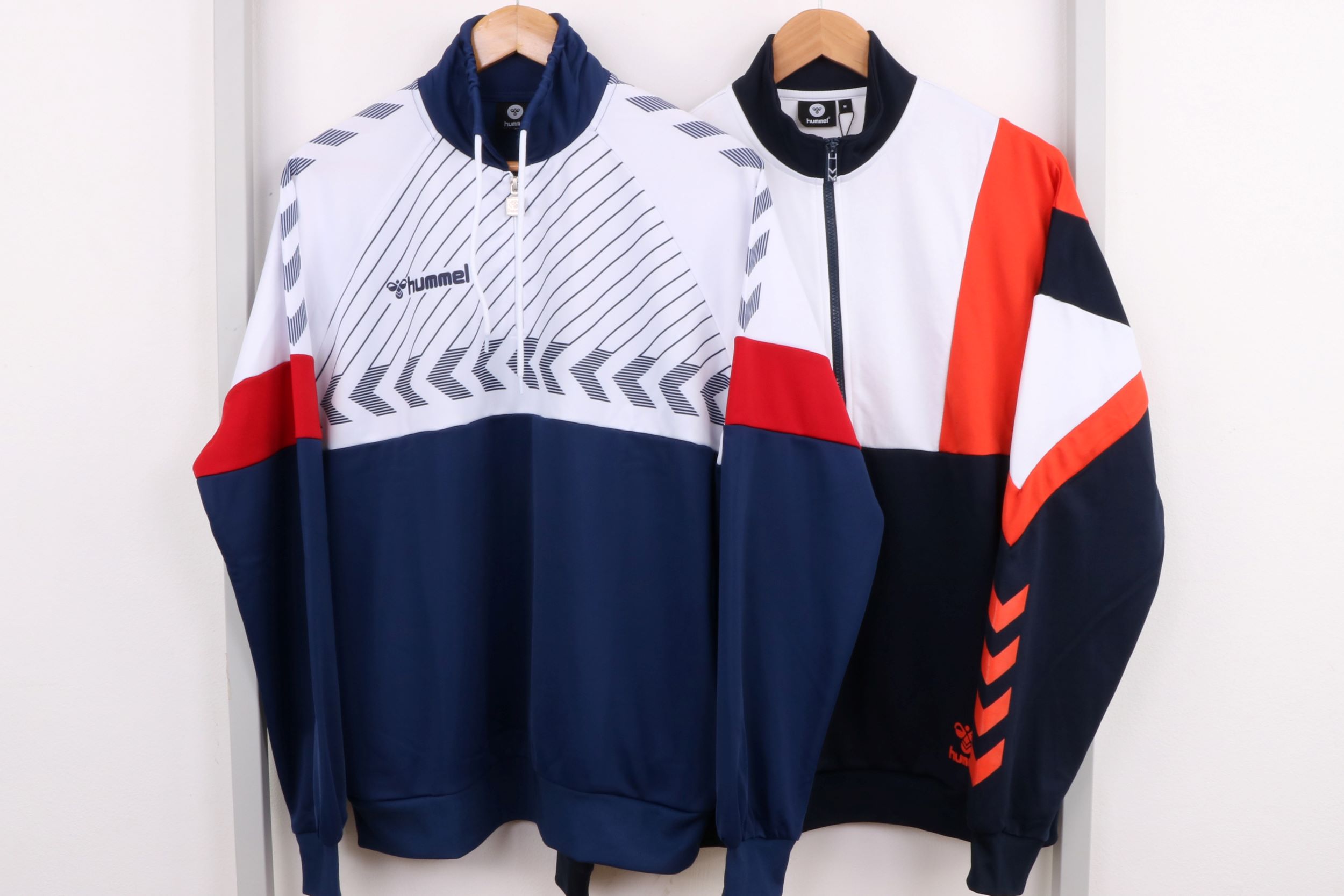 Alongside football, Hummel has a close sporting connection with a range of sports such as handball and is currently the official sponsor of the International Handball Federation. Hummel also have their own retro sportswear and footwear ranges with original design inspiration from sportswear styles from the 80s and 90s. The German born, Danish based sportswear brand is now introduced to 80s Casual Classics for some classic retro training style. 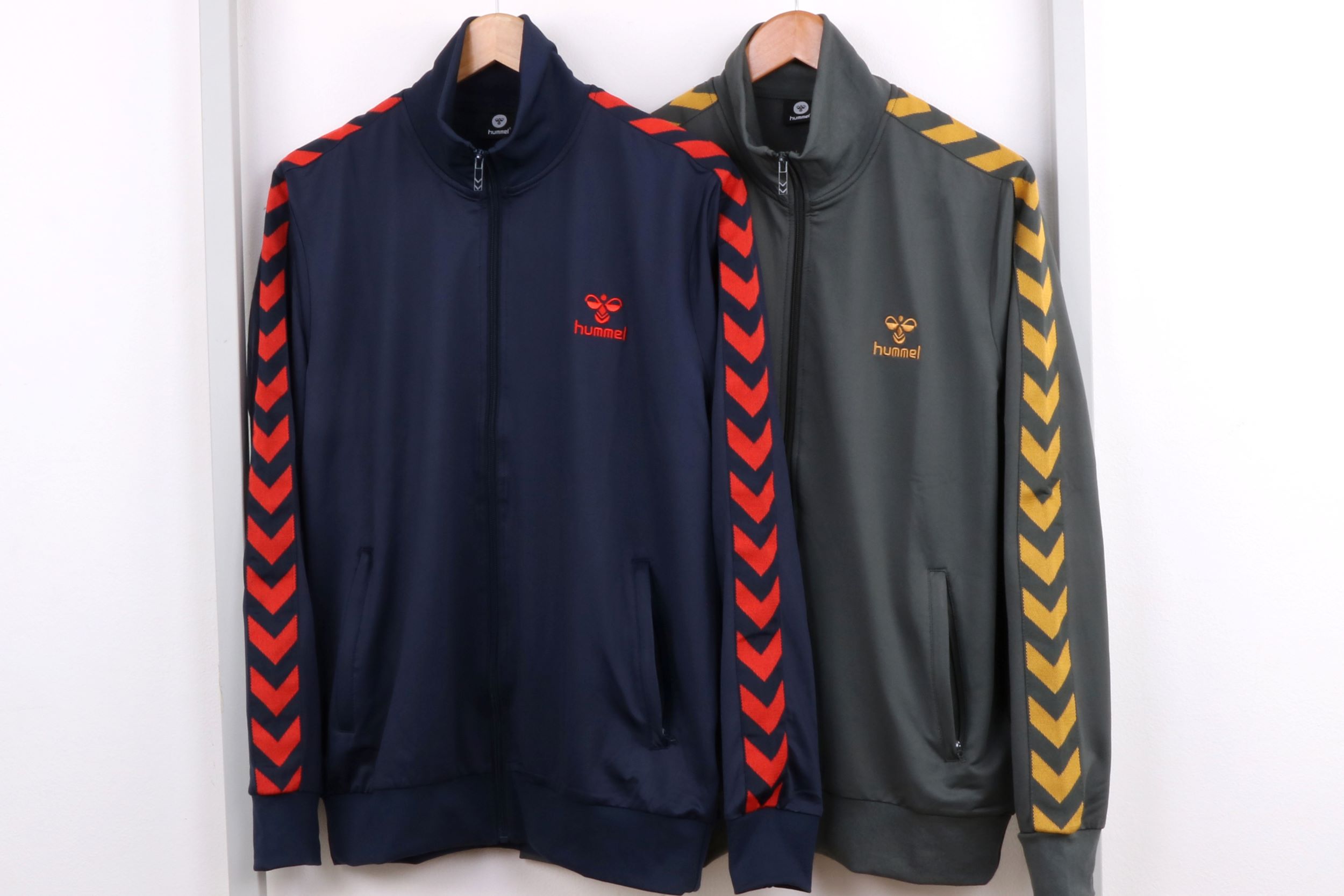 Highlights from the latest Hummel collection to arrive at 80s Casual Classics include styles like the Hummel Draco Half Zip Track Top which comes in a retro style fit with 90s colour blocking vibes. The half zip track top style also features the iconic chevrons to the lower sleeves and bumble bee logo. The Hummel Beck Half Zip Jacket also ticks all the retro track top boxes with printed chevrons to the front and a sheen like finish to the fabric for a sportswear luxe finish. We’ve also got classic track styles like the Nathan Track Top which features a micropolyester & elastane fabric mix with the iconic chevrons running down each sleeve. Keep posted at 80s Casual Classics for more arrivals from the Hamburg born sportswear brand coming soon.