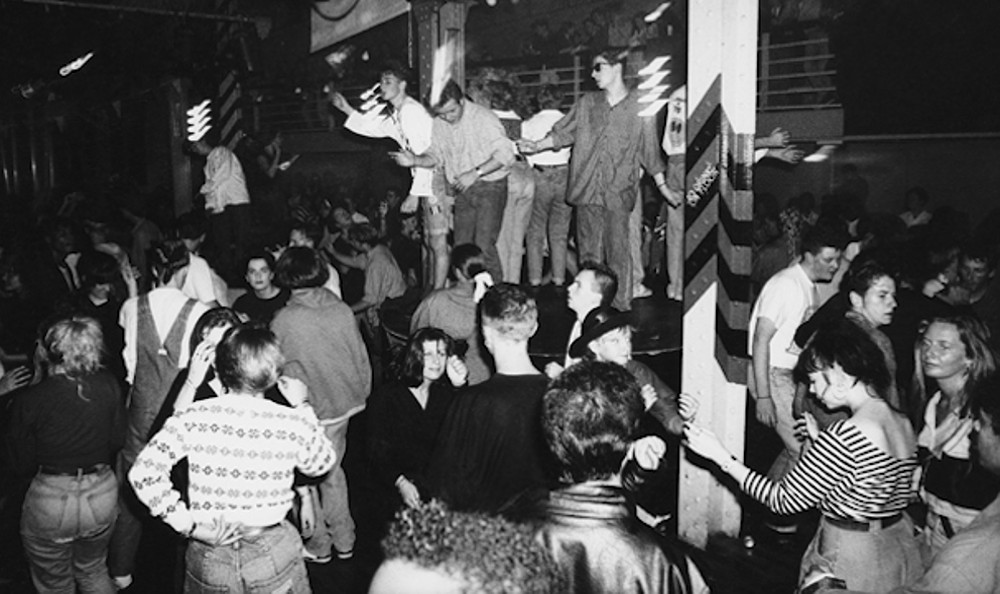 One Foot In The Rave With 80s Casual Classics

We celebrate an era of Acid House & rave culture with the likes of Gio Goi, Chevignon, Lacoste & Henri Lloyd.

From the words of D-Mob, “Acid, a musical phenomenon, only for the headstrong, makes you want to dance, move & groove your feet”, marks the start of their hit track ‘We Call It Acieed’ released in 1989. Although some may argue the tune saw Acid House come into the mainstream spectrum, it pretty much sums up the scene with its squelching sounds, basslines and Roland drum machine produced beats, for those who aren’t familiar. Acid House came on the back of the Chicago House & Detroit Techno scenes and became synonymous to the whole ‘Madchester baggy scene’, with artists like A Guy Called Gerald, Altern 8 and 808 State leading the way. From euphoric nights at the Hacienda to the polluted air fumes of Spike Island, the Madchester scene came with its own dress code that would go on to form the basis of rave attire across the country. It was all about stripes, sportswear and substances with social encounters on epic scales ranging from countryside fields to underground basement clubs. The Madchester scene also saw electronic music crossing over with guitar music, although New Order had already experimented with this concept in the early 80s, the sound was very different. The likes of The Happy Mondays adopted an almost electronic indie hippy sound, with tracks like ‘Step On’ becoming the go to anthem of the era. 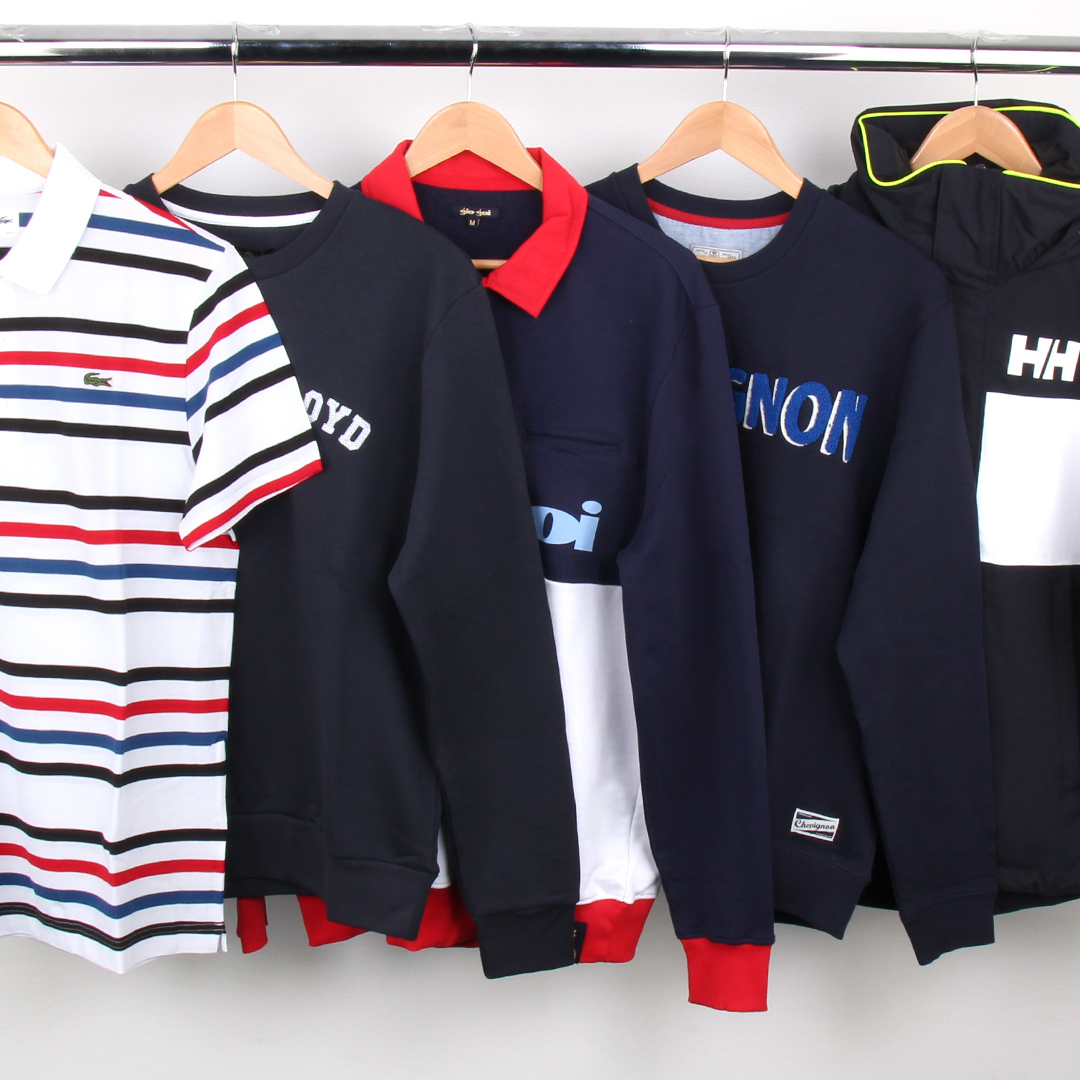 We’ve put together a selection of rave inspired pieces looking back to the late 80s and early 90s era of Acid House & rave culture. As previously mentioned sportswear was a key feature of the scene with big bold logos and stripes also a firm favourite among the thousand plus crowds at illegal raves across the country. We’ve also just recently brought back two very influential brands of the era, Gio Goi & Chevignon to 80s Casual Classics, both with their own fair share of rave nostalgia attached to their heritage. 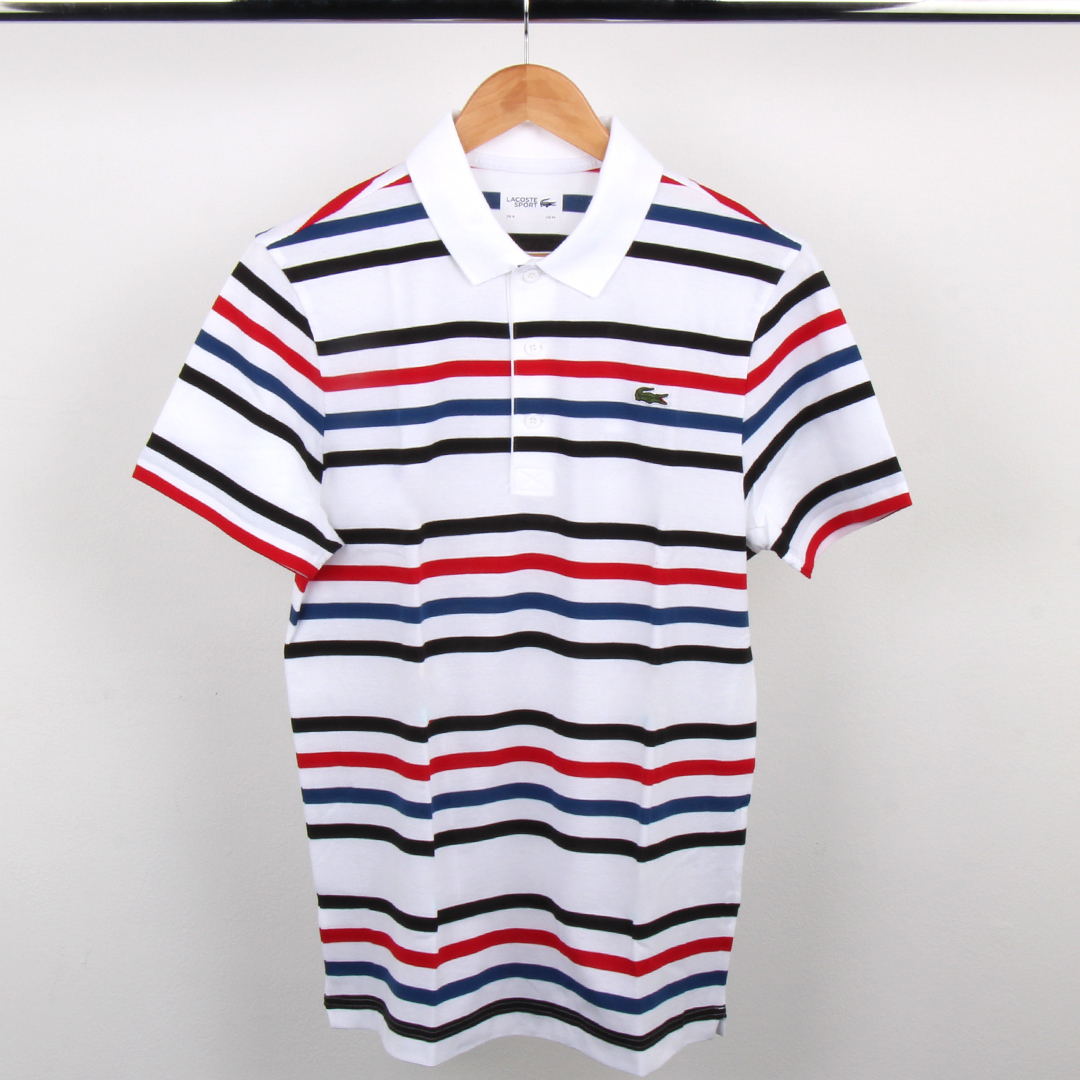 Above: The Lacoste Multi Stripe Polo Shirt in white/black/red.

If any particular pattern could sum up the era it would probably be stripes. Lacoste was also a big hitter during the rave revolution with this stand out piece from the French sportswear label giving a firm nod to the Acid House era with its multi stripe pattern print in black, red and blue. 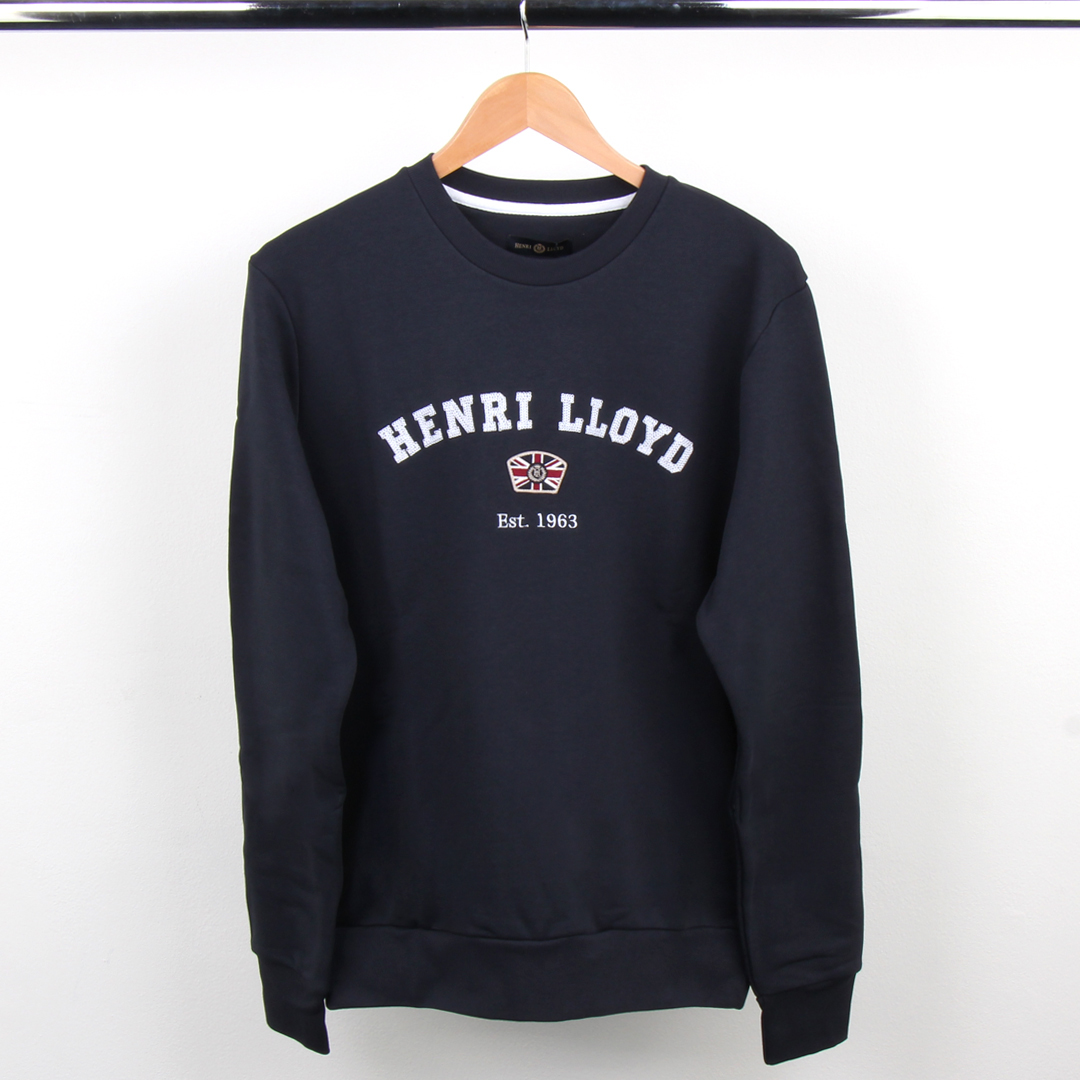 Above: The Henri Lloyd KYME branded sweatshirt in navy.

Big logos and branding were all the rage during the late 80s and early 90s with this piece from the Manchester brand, Henri Lloyd, setting the tone nicely of the era. Also known for their stripes and in your face sailing style jackets, the brand became synonymous to the scene whilst also offering a slightly smarter alternative to the all out ‘baggy’ look. The KYME sweatshirt features embroidered branding to the front alongside their signature Union Jack emblem. 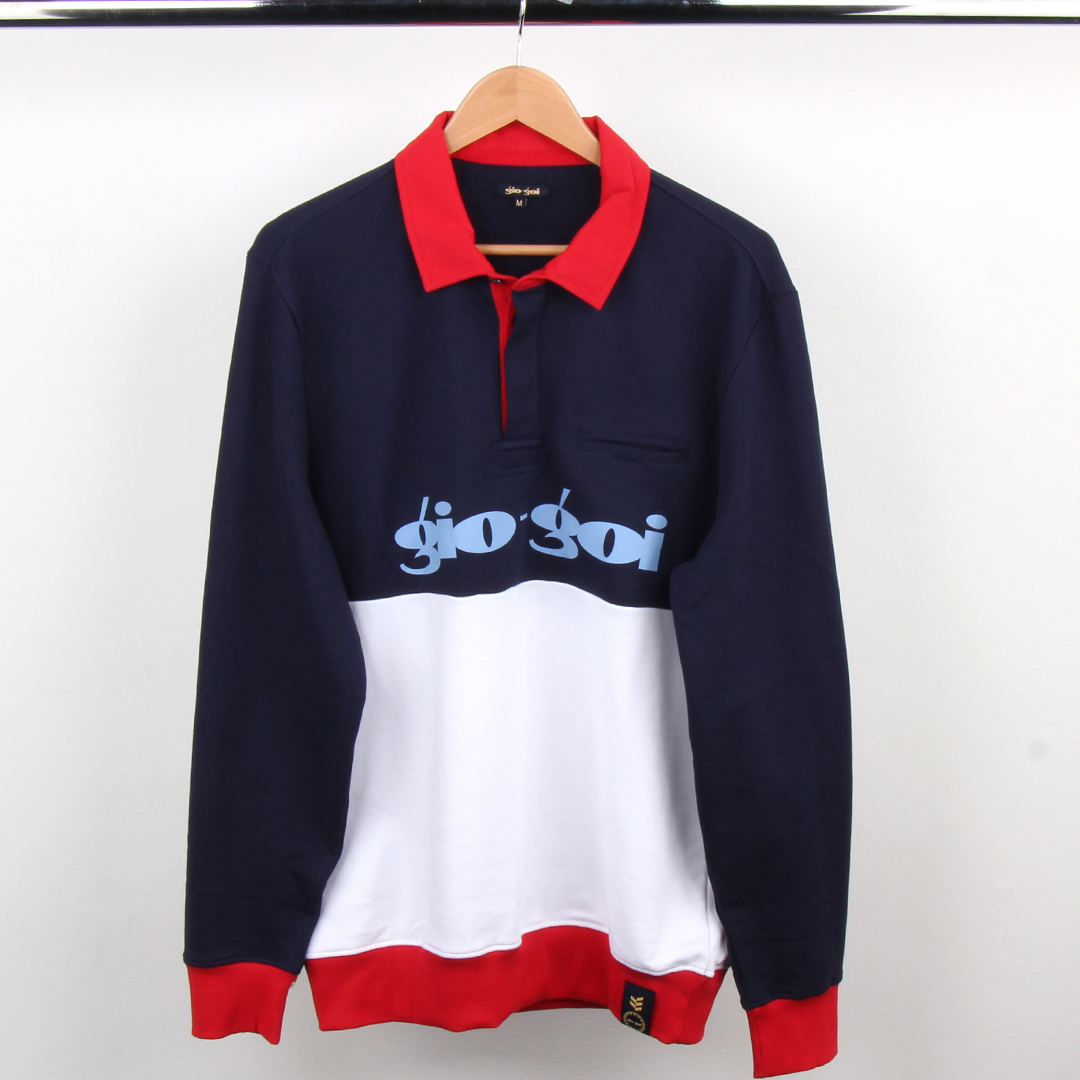 Above: The Gio Goi Rugby Collar sweatshirt in navy.

We’ve recently just brought back Gio Goi at 80s Casual Classics, a brand that was born out of the Acid House era. The Manchester label really gained momentum when founders Chris & Anthony Donnelly decided to sell the brand at their own rave events back in the late 1980s. It quickly gained a lot of respect and appreciation out of the rave scene and became an icon of the era. The Gio Goi Rugby Collar sweatshirt screams early 90s, also a time when everyone seemed to wear rugby shirts, even though they had never felt the force of a 16 man scrum. A key piece from the recently re-released label in 100% cotton with the classic Gio Goi branding to the front. 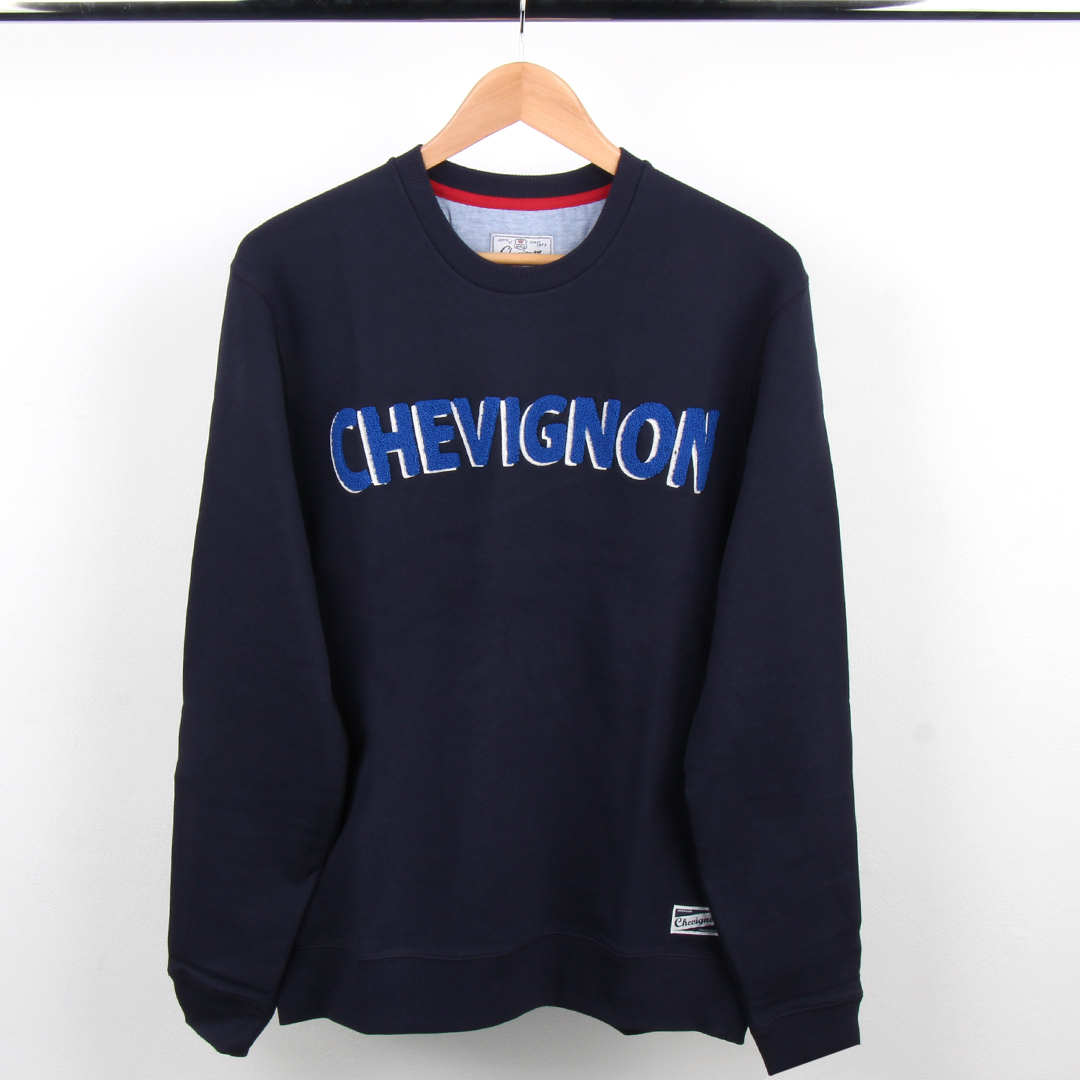 Above: The Chevignon Marcel sweatshirt in navy.

Another key label from the rave era, Chevignon, and also another brand we have recently brought back at 80s Casual Classics. Known for their iconic Togs Unlimited branding which could be spotted at rave events across the nation, this classic piece from the French label features the Chevignon name in a toweling fabric across the chest. 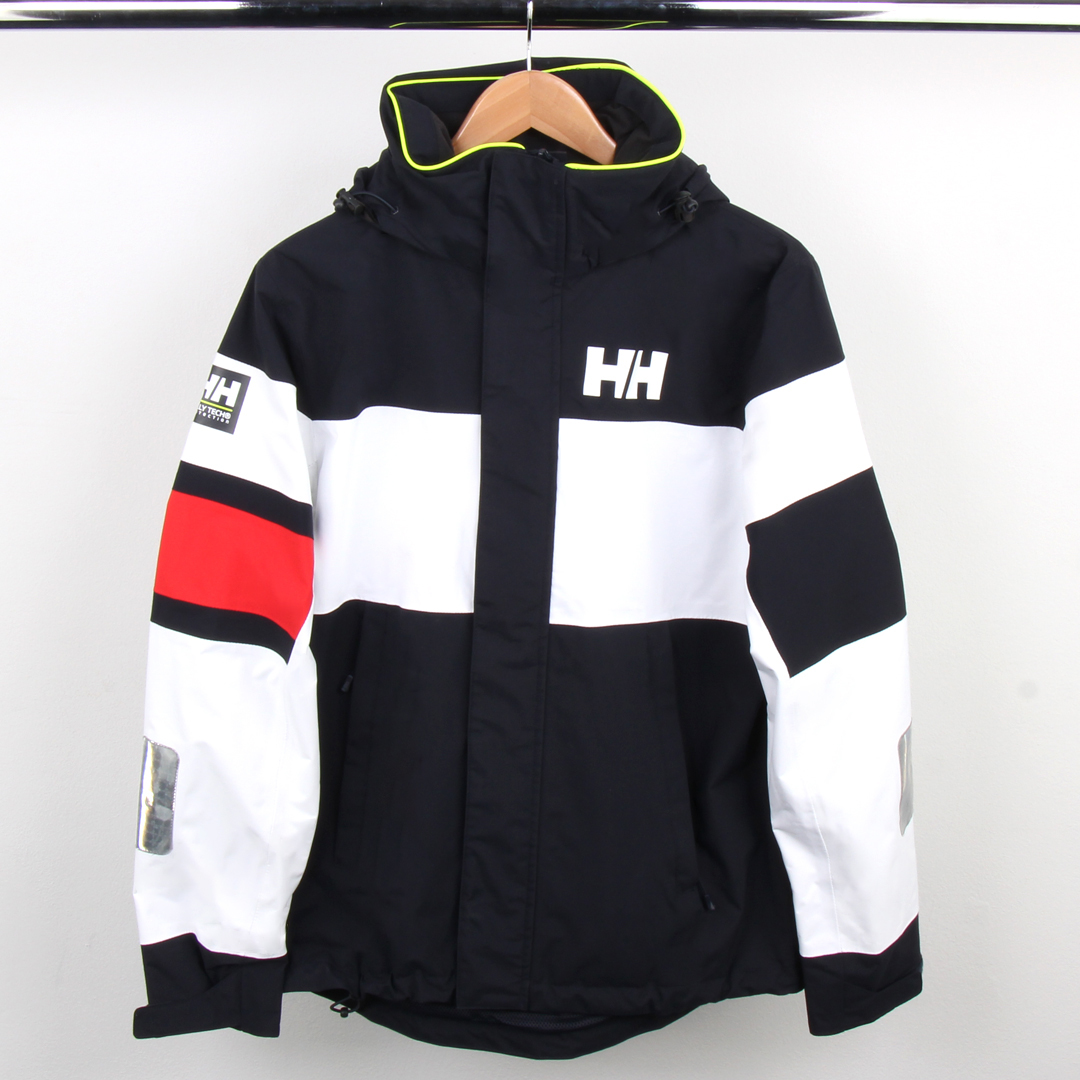 Above: The Helly Hansen Salt Light jacket in navy.

This Salt Light jacket from Helly Hansen is a prime example of the outerwear style associated with the Acid House & rave era. Big bold branding, colour blocking and everything you needed from a sailing jacket at 7am in the morning when your Ford Escort wouldn’t start, stuck in a muddy field somewhere in Doncaster. Features include Helly Tech® Performance, which is waterproof, windproof and breathable as well as fully sealed seams for optimal protection against the elements.