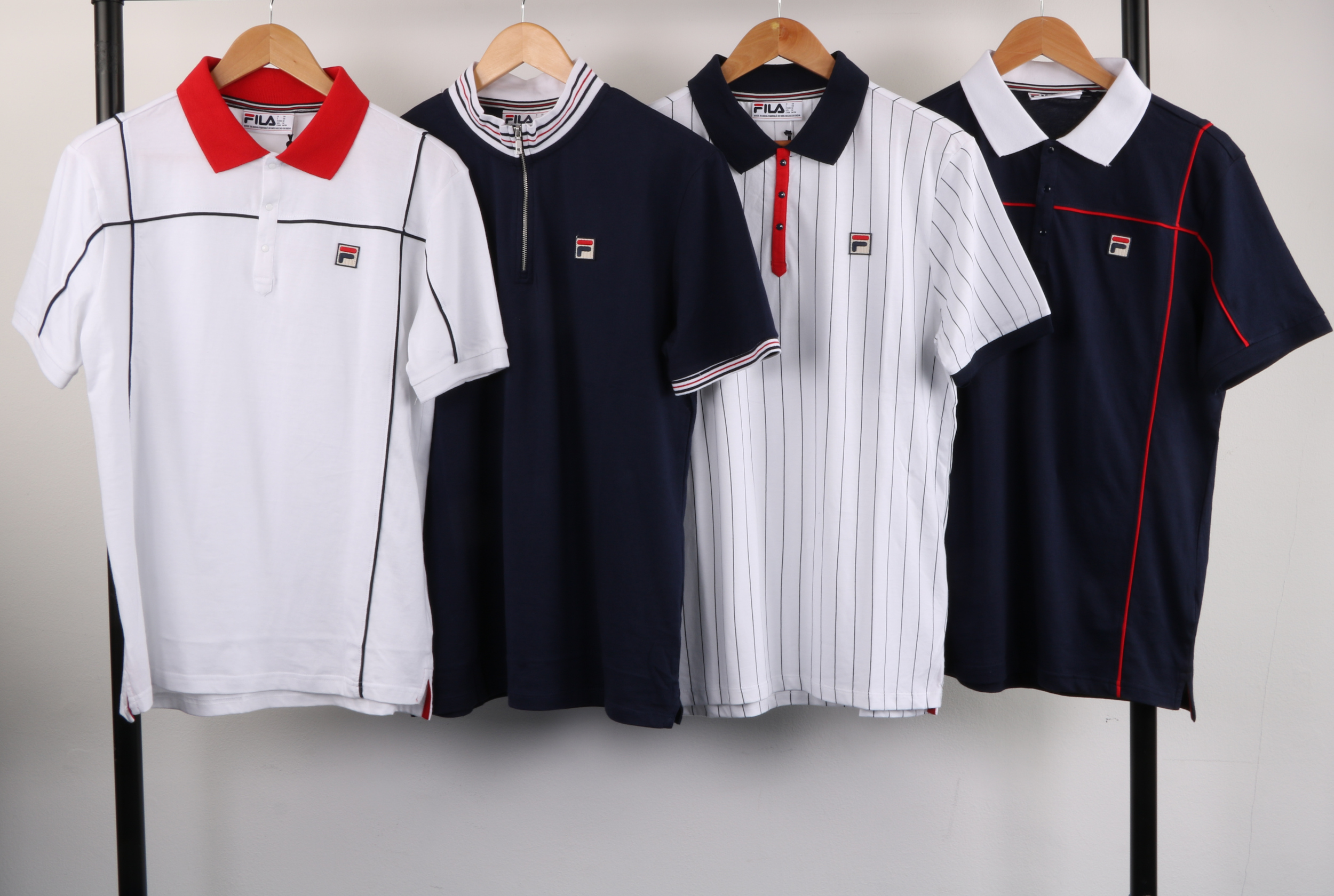 Fila Polo Shirts From The Golden Era Of Casual Sportswear

The Fila Settanta & the Fila Terrinda polo shirts were both introduced in the golden era of “Borg Mania” as part of Pier Luigi Rolando’s highly celebrated White Line.

When Björn Borg defeated Ilie Năstase in 3 straight sets at the Wimbledon final in 1976 the world was watching. There was a new Swedish tennis champ on the scene but there was something more than just a great athlete with Borg. 1976 marked a huge turning point for traditional tennis apparel. It was the start of the prestigious White Line from Fila which looked to break down the traditions of “all white” tennis gear with a more style driven approach. The playboys & the style savvy took note. A new casual sportswear era had begun and Björn Borg was at the forefront of it.  The legacy of the White Line from Fila would change the face of style driven sportswear forever. We’ve now introduced a collection of classic White Line Borg styles like the Fila Terrinda & the Settanta polo shirt for the latest season. 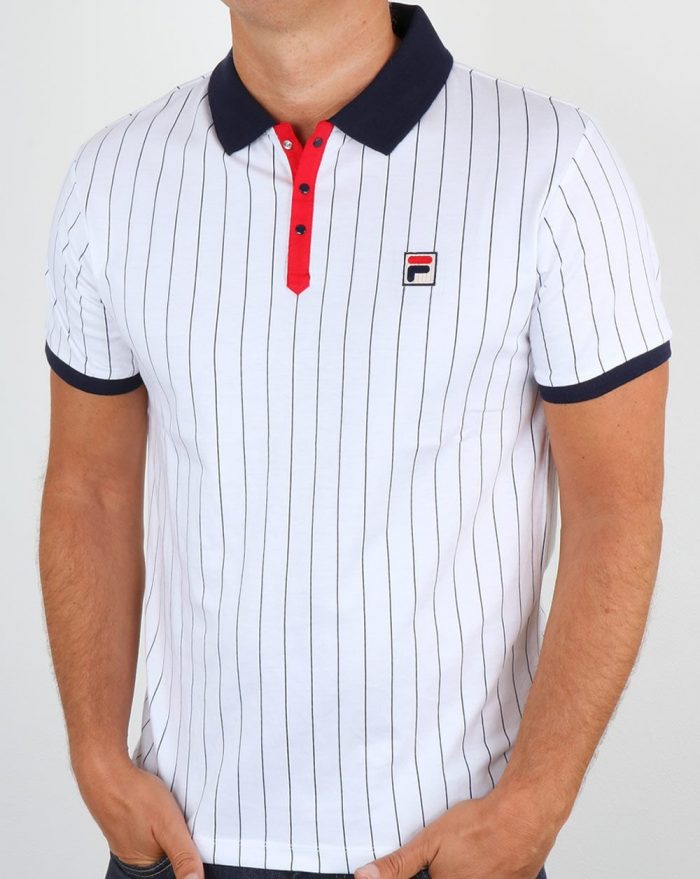 As Borg lifted the trophy for London’s prestigious lawn tennis championship in 1976 wearing the Fila Settanta, or the BB1 polo shirt as it is also known, people started to ask the question, where can I get that top? It just looked totally different from anything else out there at the time with its vertical stripes and stylish collar design. The Settanta was probably Borg’s most memorable centre court polo shirt style as it was the top he wore for the majority of his major grand slam titles. It was the style of a champion and the brainchild of Pier Luigi Rolando & his style driven White Line label. First released in 1976 alongside the Settanta track top, the BB1 polo shirt still remains one of our most popular polo shirts of all time. 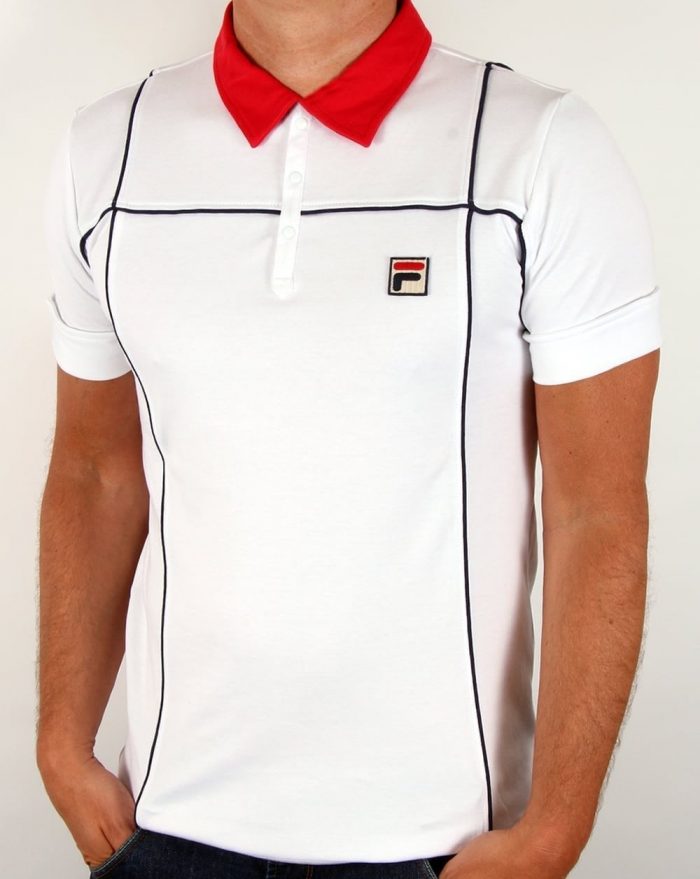 The Terrinda came slightly later on the scene in 1982 at a pinnacle of peacocking, casual fashion & one-upmanship. Just like the Settanta, the Terrinda was also released in both track top and polo shirt form & really set the bar as far as style driven sportswear was concerned. The significance of the Terrinda to the celebrated Borg era was the fact that the style was one of the last ever Fila polo shirts the Swedish legend would wear before he hung up his racket. The polo shirt design followed the same piping design of the track top & also featured a contrasting red collar as well as the all important F branding. 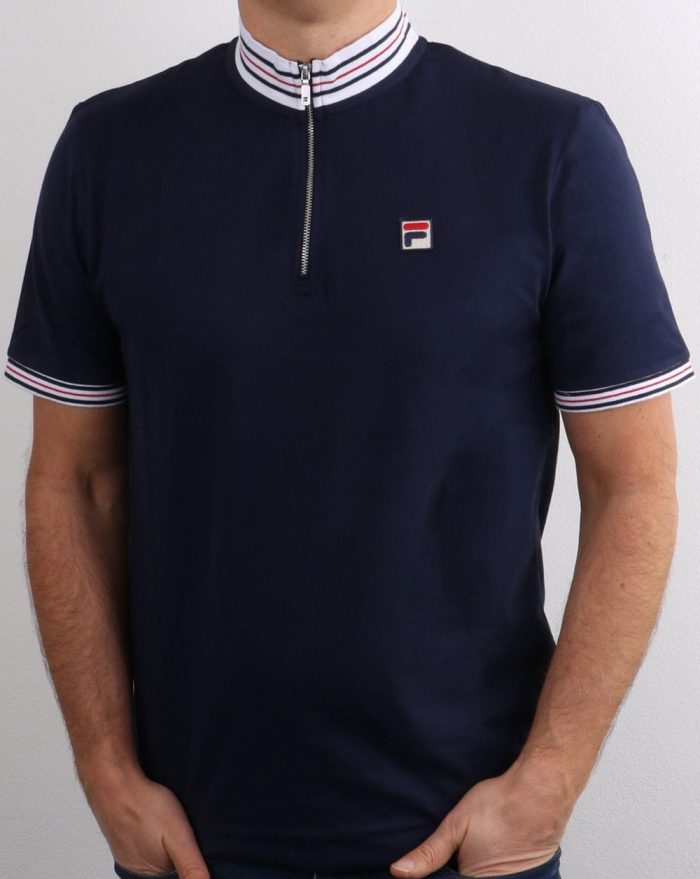 We’ve also introduced a brand new & exclusive style to 80s Casual Classics with the Fila 1/4 zip polo shirt which gives a nod to the classic “Borg Mania” style of the golden era of casual sportswear. Featuring a 1/4 zip neck and collar design as oppose to the traditional buttoned collar style, the style draws inspiration from Borg’s signature headband with the classic F branding to the left chest.