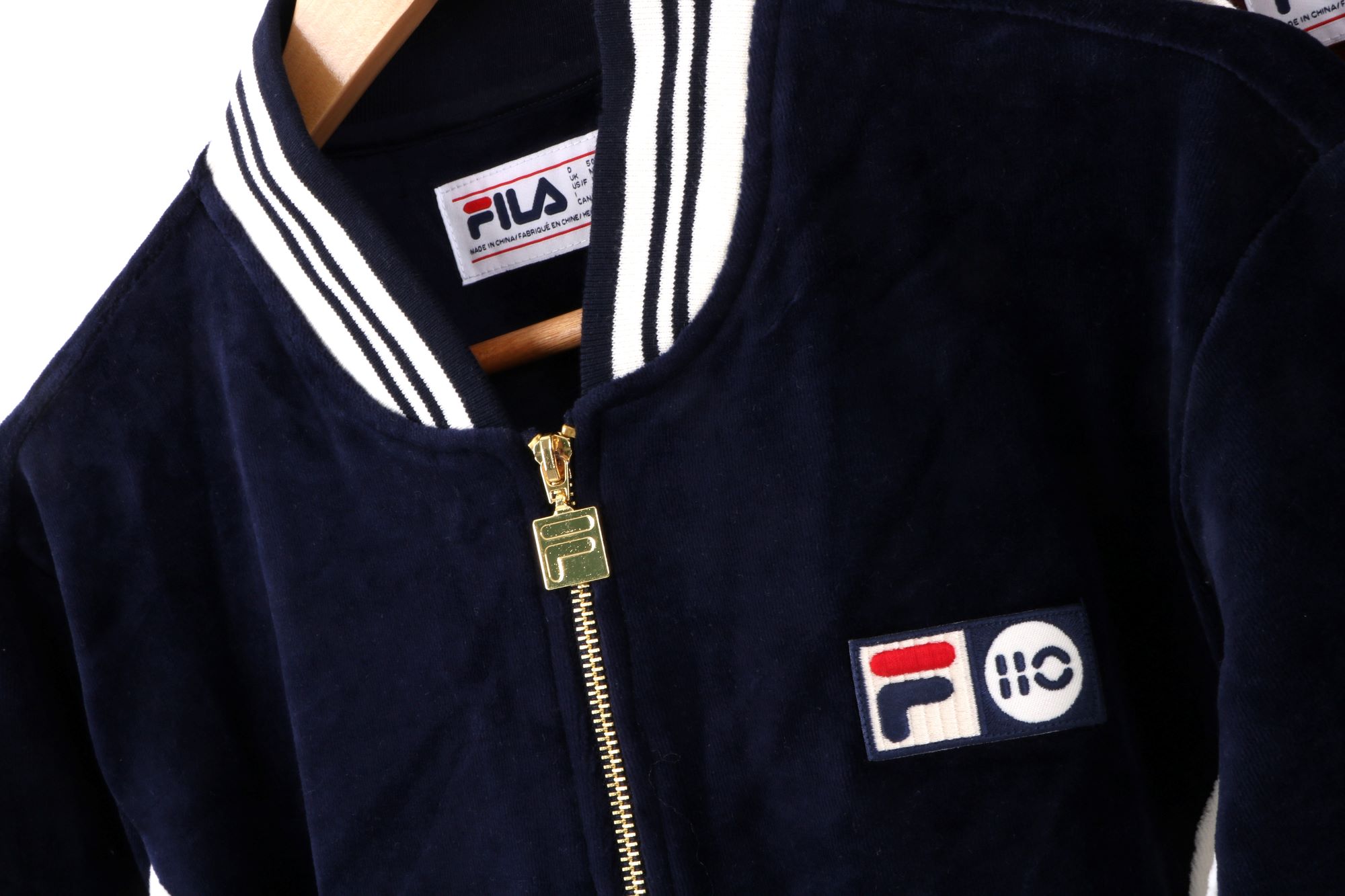 The Fila 110 Collection celebrates the Biella born brands’ 110th anniversary with a selection of iconic White Line styles re-vamped in velour for some added luxury.

Founded by two brothers back in 1911 in Biella, Italy as a textile business, Fila’s 110 year heritage couldn’t be richer in sportswear & subculture if it tried. From the original B-boys of the Bronx to Björn Borg to Biggie Smalls to The Beastie Boys, Fila has played a pivotal role in everything from dressing East Coast gangster rappers to Scandinavian superstars. If you had to really to hone in on the glory days it would be probably be something like the introduction of the White Line back in the mid 1970s. The White Line changed everything for Fila. It was cool & colourful, like nothing the tennis world had seen before. It was worn by playboys & the tennis elite. It was where designer met sportswear for the very first time. The Fila 110 collection celebrates some of the original White Line designs from Pier Luigi Rolando with a very special limited edition 110th anniversary release. The Fila Settanta & the Fila Tiebreaker are now re-vamped in velour for some added luxury. 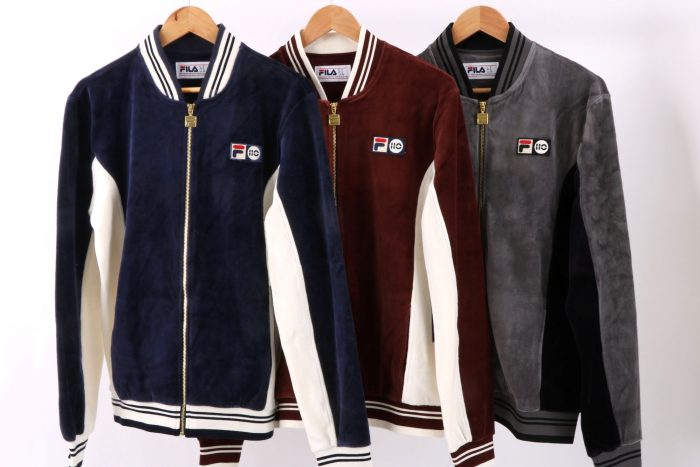 It was the Italian designer, Pier Luigi Rolando, who was given the task of designing the iconic White Line range, a collection that would change the face of tennis apparel forever. There was also Alessandro Galliano who’s role was to work on performance and function of the designs. The White Line name was a cheeky nod to the traditional colour scheme of tennis apparel, obviously the White Line didn’t fit that mould. Kelly green’s, bold red’s and navy’s combined with traditional tennis whites alongside Italian designer styling gave the White Line an edge like nothing seen on the tennis courts before. 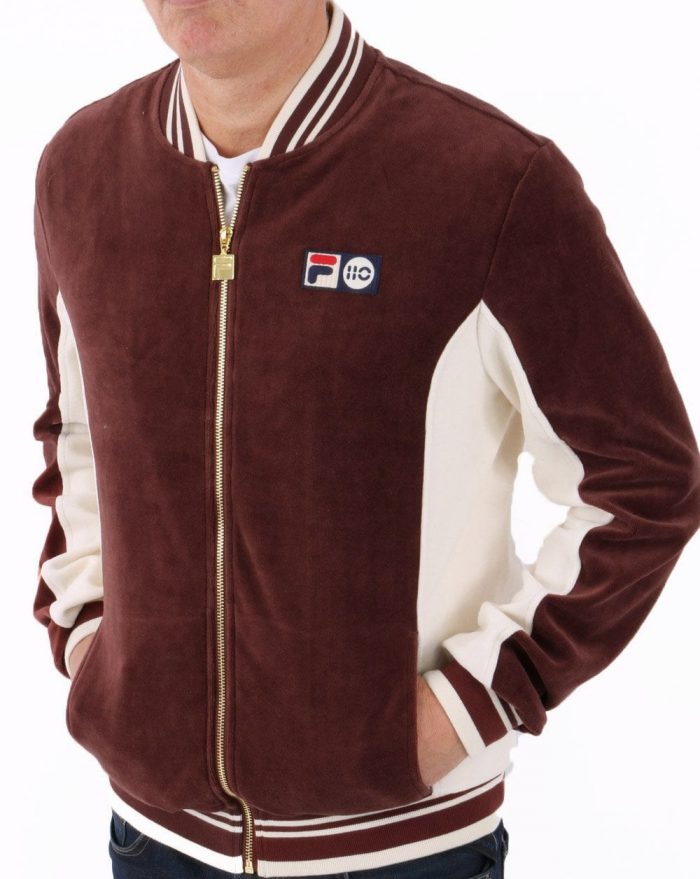 The Settanta was one of the first Björn Borg designs that really catapulted the Italian sportswear brand into the public spotlight thanks to Borg’s highly profiled playboy lifestyle & the fact he won his first Grand Slam title the same year. One of the very first White Line designs, the Settanta Mk1 really set the bar for casual sportswear. After its release in 1976 the Settanta became one of Borg’s main track top styles, available in iconic colourways such as navy, red & Kelly Green. The Settanta 110 track top celebrates the Settanta’s sporting & subcultural legacy, switching up the fabric for a luxurious velour alongside a 110 anniversary logo patch & updated gold zip. 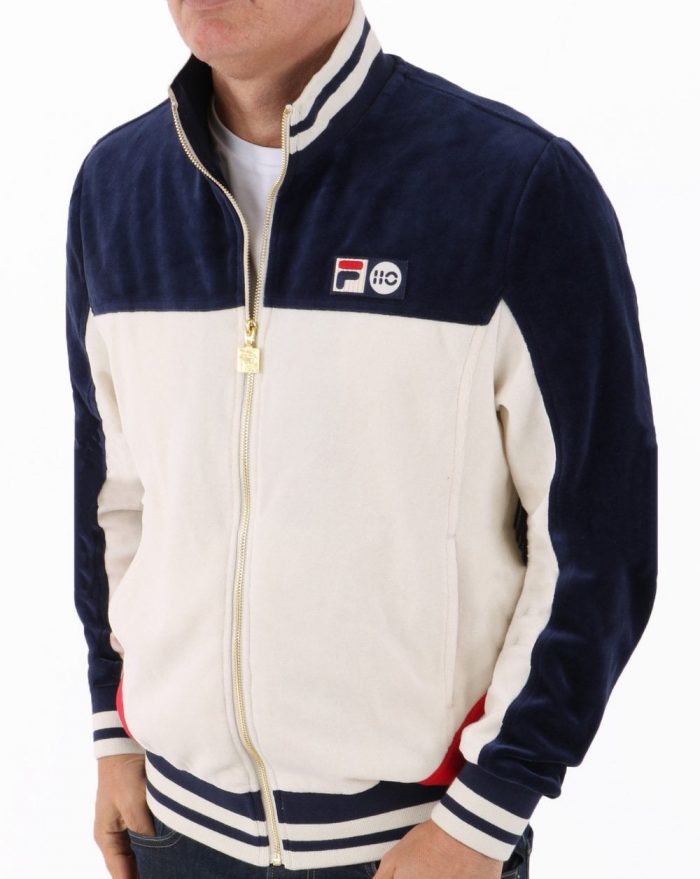 Also included in the Fila 110 collection is the Fila Tiebreaker track top which was also one of the very first designs to come off the production line for the White Line collection. Product placement was also the key to the success of the White Line, with the Swedish tennis legend, Björn Borg, first joining forces with the Italian sportswear brand in 1975. Borg’s early Fila styles also included the Tiebreaker with his on court charisma and playboy lifestyle giving a new dimension to traditional sportswear. Featuring the signature funnel neck & side slip pockets, the Tiebreaker is also updated with a luxurious velour fabric alongside a 110 anniversary logo patch & gold zip.