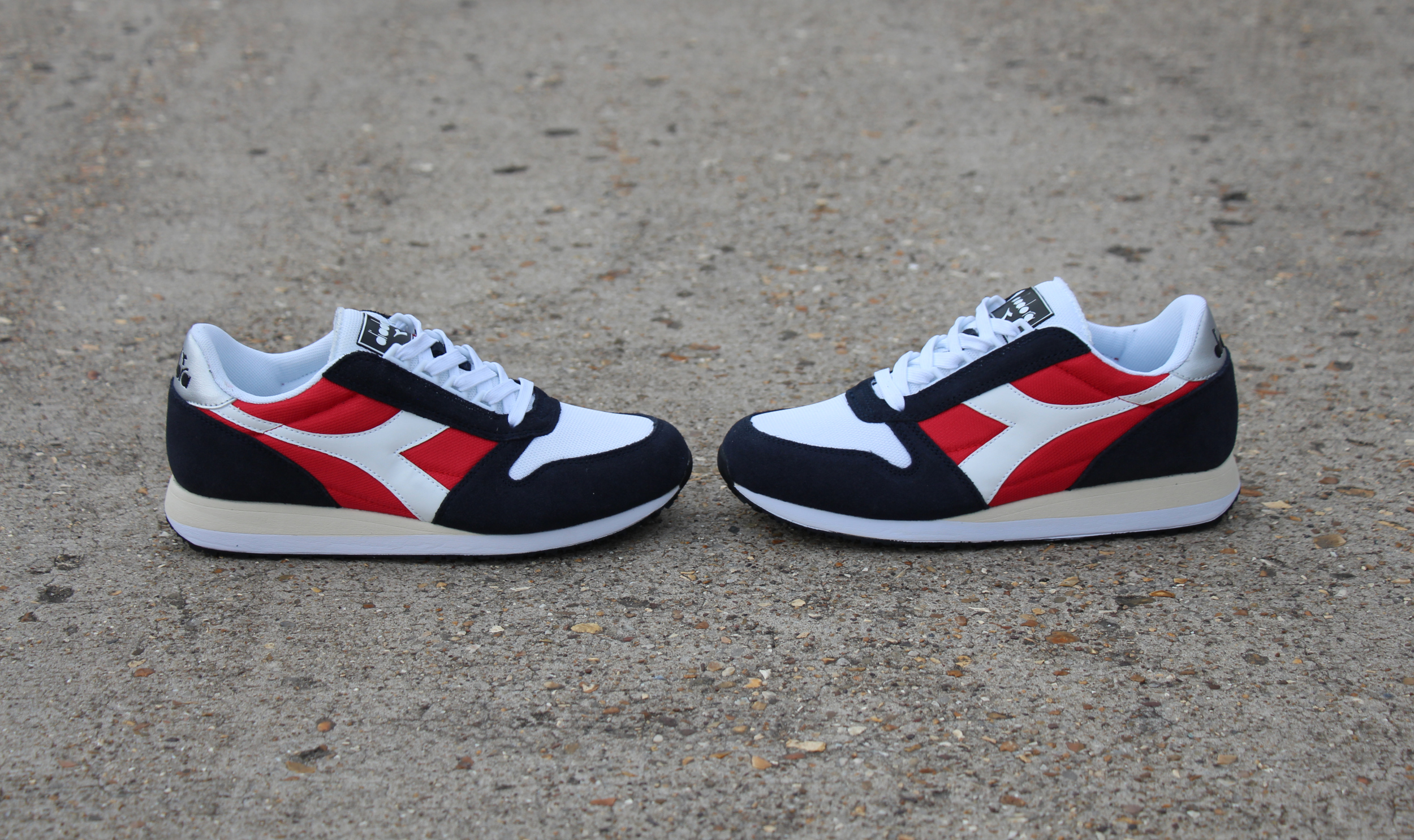 The Diadora N9002 trainer continued the running legacy of the N. Series, the all singing, the all dancing and the all colourful performance led running series.

After signing for Juventus from Fiorentina in 1990 for a world record fee of £8 million at the time, Italia 90′ was Roberto Baggio’s moment to shine. Even though he only started in four of Italy’s games due to Italy’s manager Azeglio Vicini preferring to start Gianluca Vialli, he still manged to bag the goal of the tournament. Baggio’s wonder goal in the group stages against the then Czechoslovakia is still up there as one of the greatest World Cup goals of all time. However, it wasn’t just Roberto Baggio’s moment of magnificence it was also Diadora’s. Il Divin Codino (The Divine Ponytail) famously wore his very own Diadora ‘Number 10’ Azurri football boots throughout the tournament, with the legendary ‘Azurri line’ catapulting the Italian sportswear brand into the early 90s like it had just walked into the Hacienda. The introduction of the Diadora Research Centre in 1990 saw orthopaedic doctors and shoe technicians take the Vector logo brand to the next level with the introduction of a range of performance led runners like the Diadora N9000 and the Diadora N9002 trainer. Another Diadora icon had been born and Diadora really stepped up a gear with their footwear releases throughout the colourful decade. 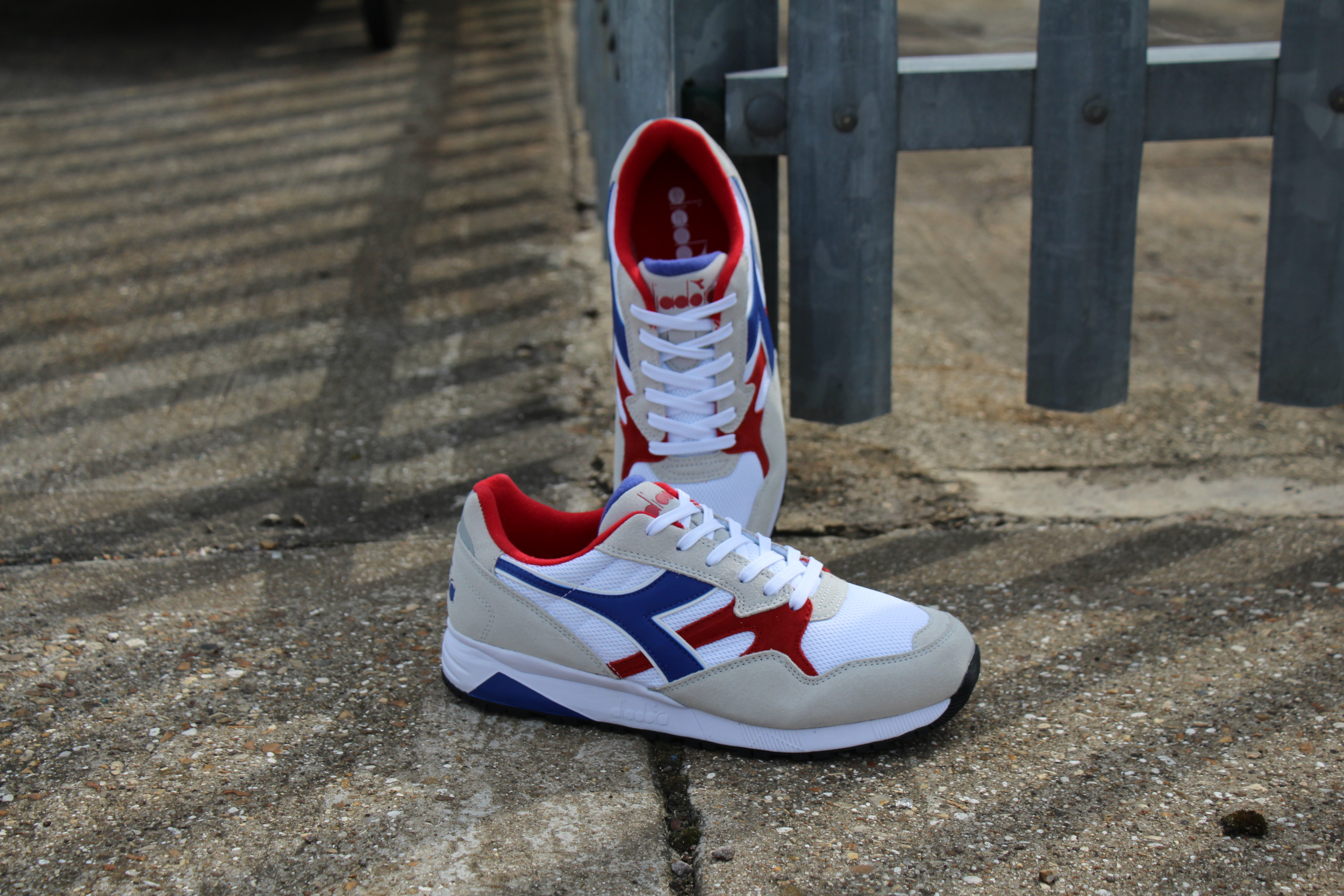 Above: The Diadora N9002 trainer in white/blue/red available now from 80s Casual Classics.

The Diadora N9002 continued the legacy of N. and followed on from the well received Diadora N9000 trainer which was originally released in 1990. Diadora’s tennis court styles from the 80s era weren’t exactly that crazy when it came to colourways, the N. Series however went all out. The N. Series packed more colours into its trainers than you thought was physically possible with a love for all things sportswear and colour blocking reaching its peak throughout the early to mid 90s. If the Borg Elite captured the 80s era, it was the N. Series that captured the spirit of the 90s with its vibrant colourways and the latest trainer tech courtesy of the Diadora Research Centre. First released in 1992 the N9002 trainer featured things like Virbasorb sole cushioning technology and an EVA support making it a popular choice for runners and every day wearers at the time. 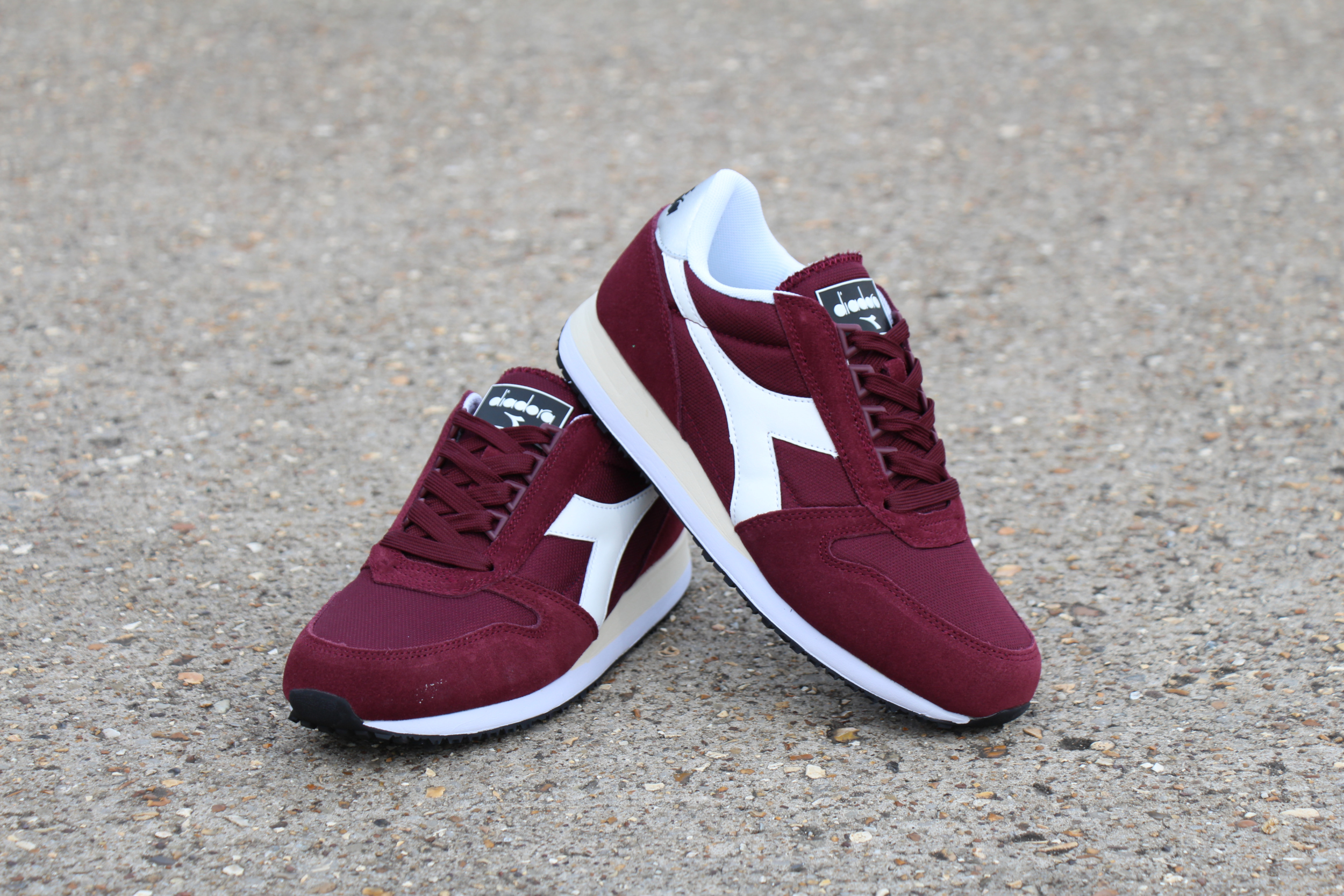 Above: The Diadora Caiman trainer in burgundy available now from 80s Casual Classics.

Another classic 90s runner from the Diadora performance archives is the Diadora Caiman trainer. Similar in appearance to other classic Diadora styles like the Camaro OG, the Caiman is also another re-release from Diadora’s back catalogue from the 90s. Highlights of the Italian running trainer include a combination of suede, nylon and leather on the uppers with the Diadora logo printed to the tongue. The iconic Vector branding appears in white leather to each side alongside a silver heel tab as well as the use of the famous ghillie lacing system. We’ve got the Diadora Caiman trainer available in a duo of classic colourways including burgundy and blue/red.