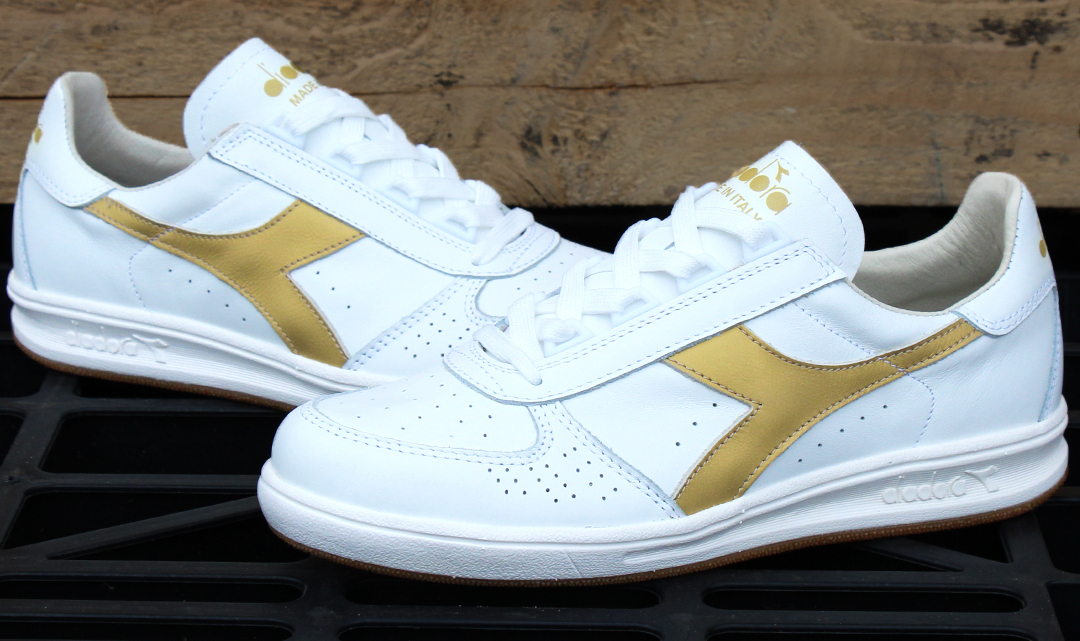 The Diadora Borg Elite trainer is still considered one of the best tennis trainers of all time.

The connection between tennis & trainers goes way back. Every sportswear brand and his dog seems to have had a stab at a tennis trainer at some point. Some didn’t quite get the ‘game, set & match’ point on the court but also failed to really capture the hearts of the non-tennis player. When all said and done there’s probably only really a handful of tennis trainers that did. The Diadora Borg Elite trainer was certainly one of them. Before the Borg Elite trainer came on the scene in the early 80s, there was a real buzz in the tennis trainer world. The adidas Stan Smith had really set the tone for court trainers moving into the 1970s, which closely followed by other all time classics like the Nike Wimbledon, the PUMA Top Spin, the K-Swiss Classic and the Diadora Elite from 1976. The Elite would later go on to become Bjorn Borg’s signature shoe, the Borg Elite, his own limited edition version. The Elite was also actually worn by Guillermo Vilas before he teamed up with PUMA in the late 70s. A mixture of casual panache and premium materials saw Diadora create one of the most expensive trainers available at the time. 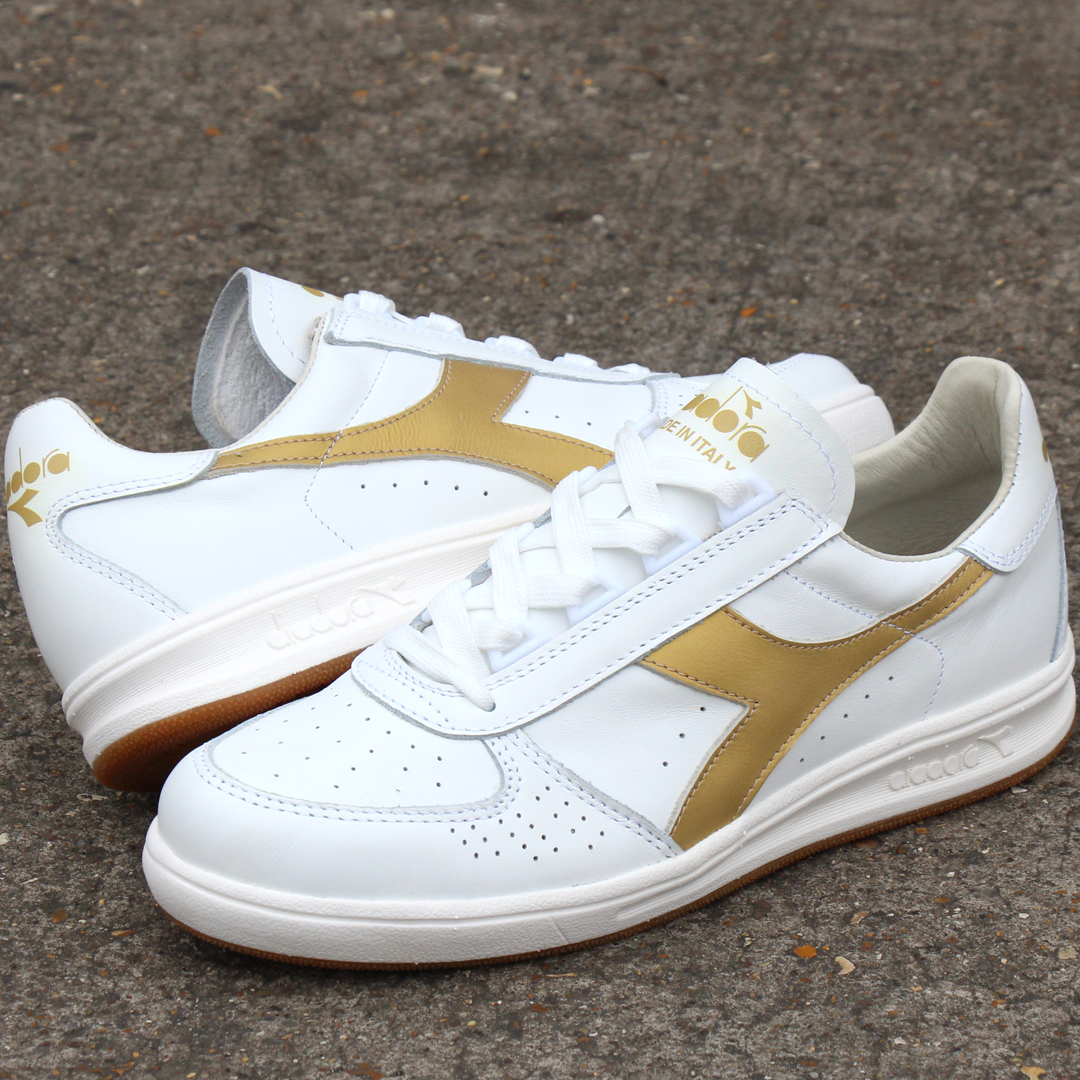 Moving into the early 1980s, the Elite trainer was pimped out in gold with the introduction of the Borg Elite giving a subtle nod to Borg’s highly profiled playboy lifestyle. The collaboration would soon go down in casual history as one of the greatest casual trainers of all time. 1981 saw the birth of the Borg Elite trainer, a premium casual tennis shoe with gold vector branding and premium kangaroo leather uppers. The Borg Elite was lightweight and gripped to the court like nothing before it thanks to a unique carbon injected sole. The gold/white Borg version became one of the most sought after shoes for the young casuals of the era. The 80s arguably gave birth to some of the greatest tennis trainers of all time. If the likes of Rafa Nadal or Novak Djokovic starting wearing a new pair of trainers now would thousands of people go out and start wearing them? More than likely not. The point being that the 80s was different. The magic of the 80s era can still be found in OG styles like the Borg Elite, a trainer which is still considered one of the greatest tennis shoes of all time. 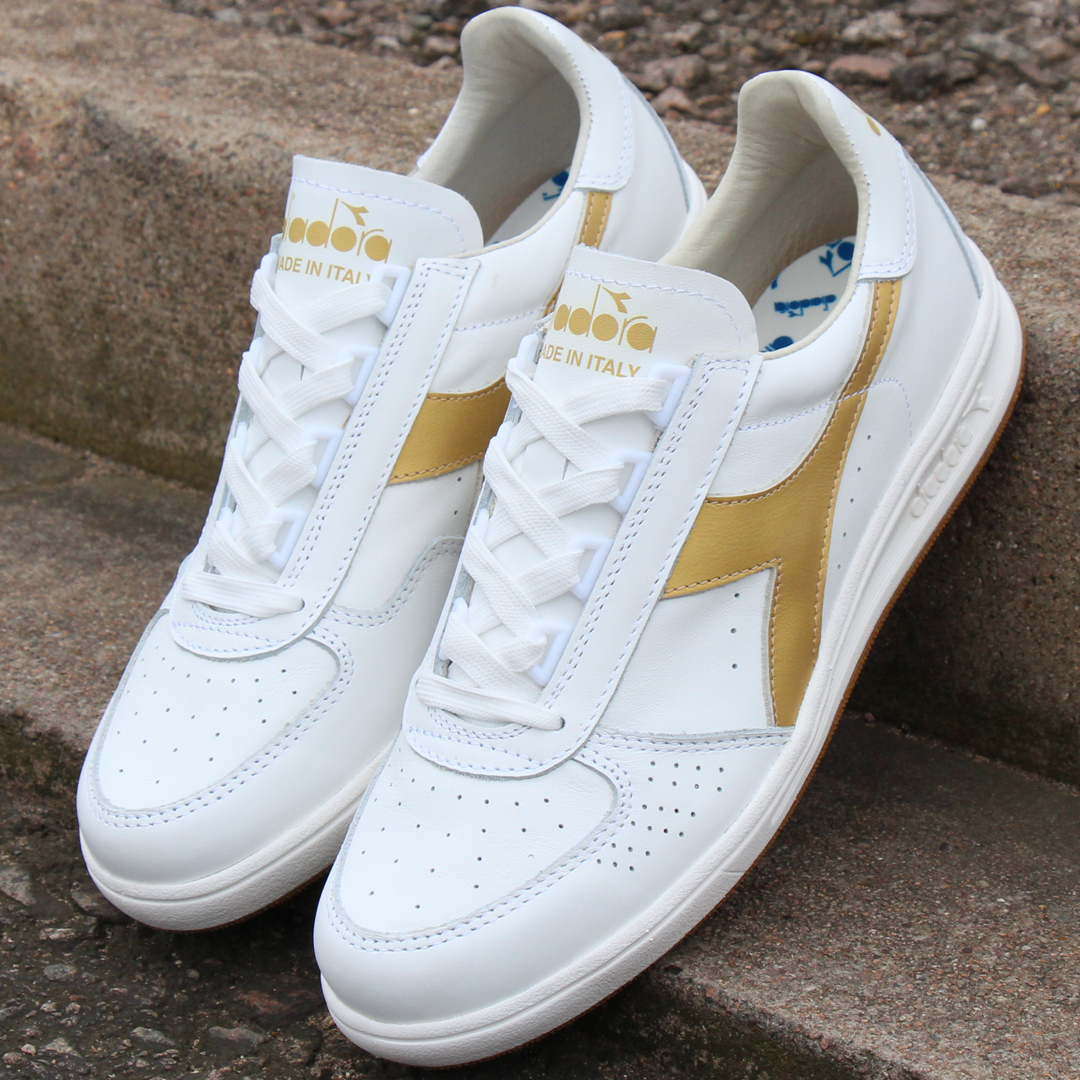 The Diadora Borg Elite now returns to its spiritual home in an updated premium ‘Made in Italy’ version. Giving a nod to the original sought after Kangaroo leather version, the Borg Elite features original gold vector branding to the sidewalls with the addition of the famous Diadora logo to the tongue tab and heel tab also in gold. Also featuring white uppers in premium treated leather and of course the signature perforations to the toe vamp and the sides.