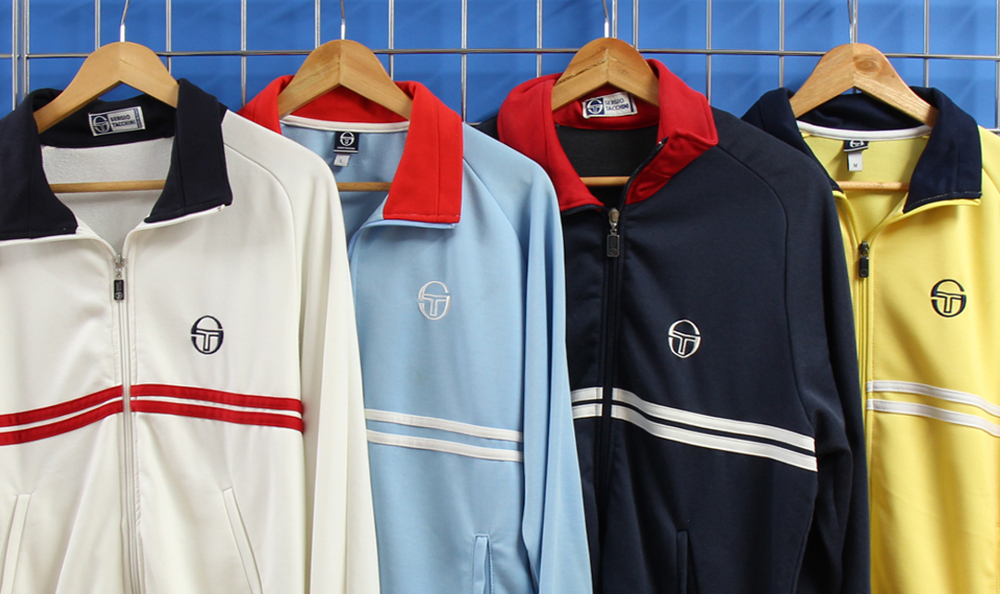 An Interview with an 80s Casual Classics collector: Colin Jobling

We caught up with Colin Jobling, an 80s sportswear collector and long term customer of 80s Casual Classics.

Colin Jobling has been apart of 80s Casual Classics since the very beginning. Although not directly involved in the business,  he has contributed considerably into the ideas of growing the 80s Casual Classics brand with rare finds and imagery that have been used to re-issue archive products. Having played at semi-professional level for Cambridge United youth academy, Colin was brought up surrounded by casual sportswear, an admiration that soon turned into lifelong goal of finding the rarest releases. Here is what Colin has to say;

What first got you into collecting classic 80s sportswear?

I was in my mid teens in the early 1980’s and although Cambridge was not at the forefront of casual fashion my early football career took me to other places where the opposition would turn up in full Tacchini tracksuits and diamond Pringles.  There was a couple of sports shops locally that had a very limited range of European sportswear and I used to spend hours looking at and trying on tops.  Being still at school at the time funds were extremely limited but Saturday jobs and paper rounds enabled me to pick up a few pieces.  Over the subsequent years more disposable income and the invention of the internet has made it “easier” to acquire items that were unobtainable previously.

Do you have any good stories about how far you went to get some of the pieces?

The OG tops that I own have been sourced from various places.  Most obviously ebay and vintage shops worldwide.  Endless hours have been spent on the likes of ebay Italy and ebay America. The real skill is finding an item that has been described incorrectly or the seller has no idea it is a gem that they are selling.

Have you worn every one of them?

Every Dallas has been worn by me as these tops should be shown off and in my opinion, wearing rare tops is essentialy one upmanship and that’s what the original casual movement was all about.

What does stepping out in old skool classic sportswear mean to you?

It gives me a chance to relive my youth and to look different to everyone else.  Often you get admiring looks and indeed people of a certain age stop and comment on the iconic tops.

What’s your own thoughts on collecting original releases and re-issues?

This always causes debate among our circle of friends.  OG are difficult to find and in most instances very expensive.  Re-issues open up the market and I am able to add to my collection.  I don’t think people should be criticised for wearing re-issues.

Do you think the old skool revival was part stimulated by Danny Dyer, Nick Love & The Business etc?

The Business and The firm definitely had a massive influence in attracting younger casuals and reigniting the old casual movement.  I doubt it would be as big as it is now without those films. 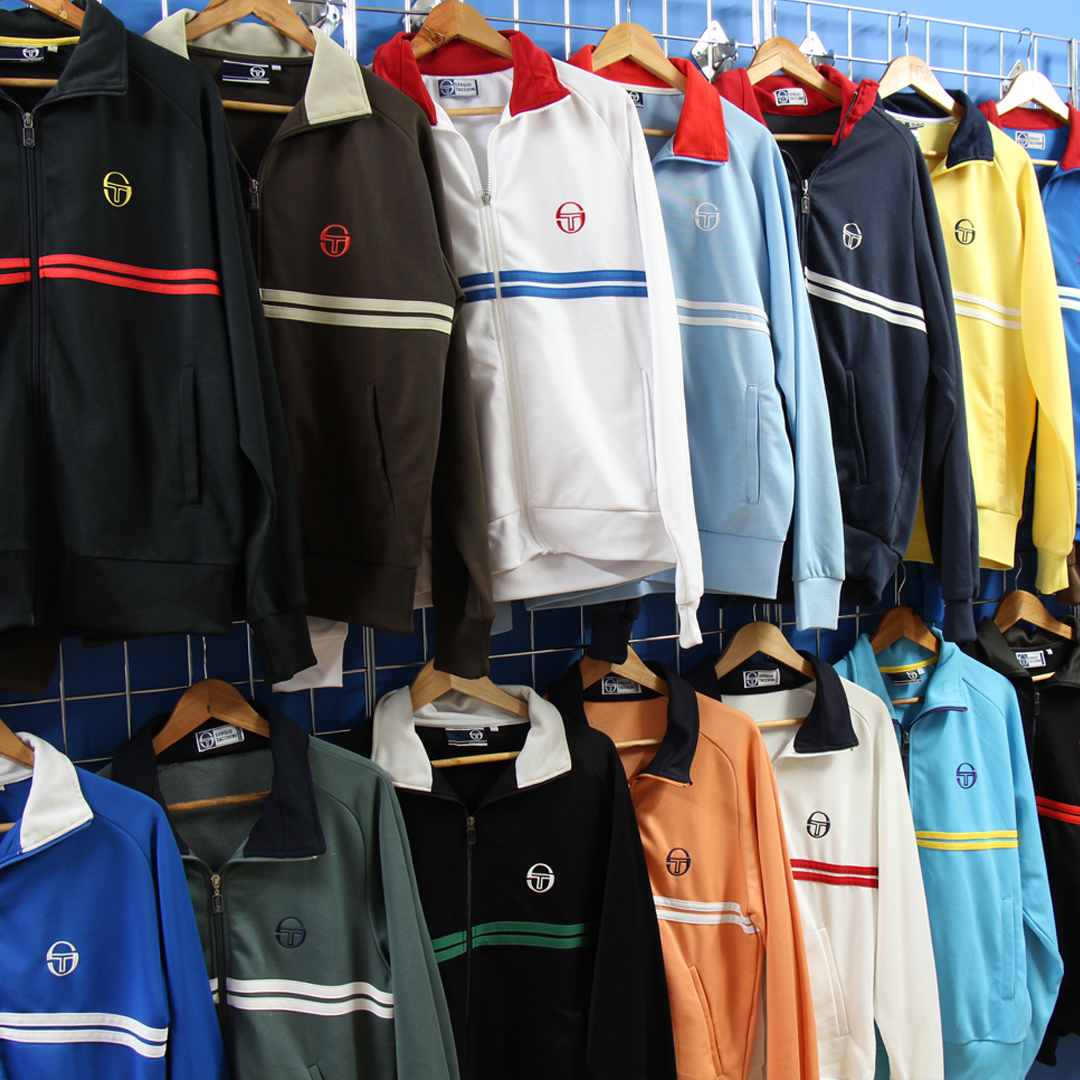 Above: Colin’s rather impressive collection of the Sergio Tacchini Dallas track top.

In 2018 do you think wearing track tops is still relevant to attending football and the whole subculture?

Not sure about this one as I rarely attend games now.  If I did, I would definitely wear one.  You do see some of the younger lads sporting some recent re-issues.

When do you generally see and meet fellow old skool track top wearers and collectors?

How far has social media and online helped in re-discovering old skool styles and favourites?

Social media has had a massive influence. I’ve met some great friends through my membership and admin of Facebook groups.  No way would this have got so big again without social media.

What do you think of a new generation wearing 80s styles like the Dallas and do you think they acknowledge the heritage?

I’m a big fan of the younger generation embracing the casual culture.  Especially the sons and daughters of the originals 80’s casuals, they will understand the heritage.  Fashions change and I respect that younger casuals may wear a track top and skinny jeans rather than cords.

Any other thoughts you have on general revival?

Accessibility for me is key to the revival.  People have differing budgets and won’t necessarily have the time or money to trawl the internet.  People are more likely to mix and match clothing now, for example mixing new pieces with 80s sportswear.  Personally, I never mix clobber with sportswear.