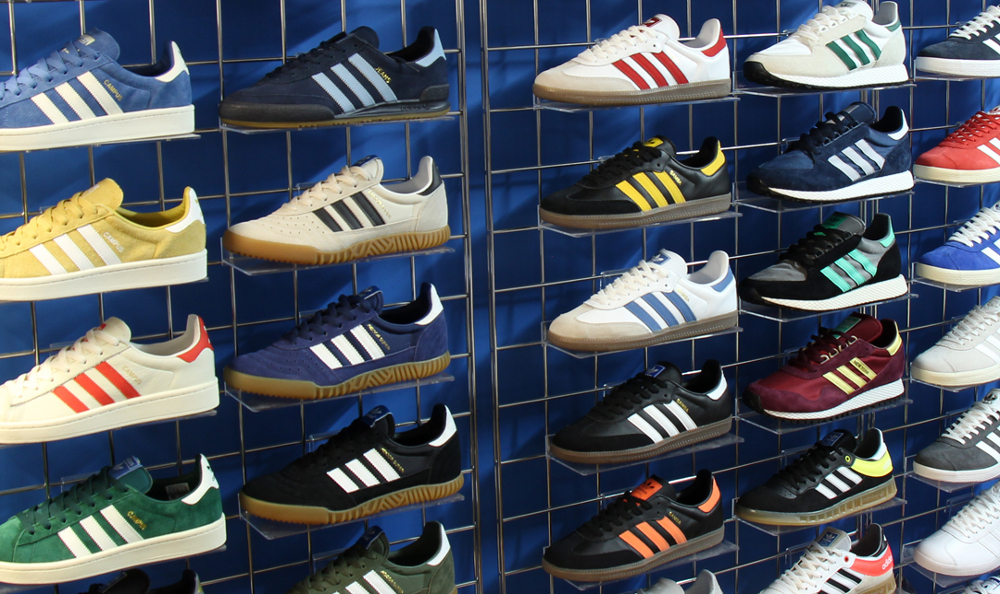 Our adidas wall features an assortment of classic 3 stripes and retro styles, brought back to life from the archives for the modern day trainer fanatics.

Collecting classic 3 stripes is like a religion to some people and if you’re reading this then you’re probably the same. Collectors and classic adidas fans go absolutely mental for the original silhouettes from the 70s and 80s and it’s no surprise really considering the heritage and nostalgia attached to certain models. The majority of classic 3 stripes were all about performance at the time, even though they were adopted by different subcultures like the B-Boys and the casuals of the 1980s, it’s the subculture connection that still carries the high demand for some silhouettes. So if you’re looking at adding some classic 3 stripes to your 100+ collection or you’re just getting started with a few styles, check out our selection of retro adidas styles straight out of the Herzogenaurach archives. 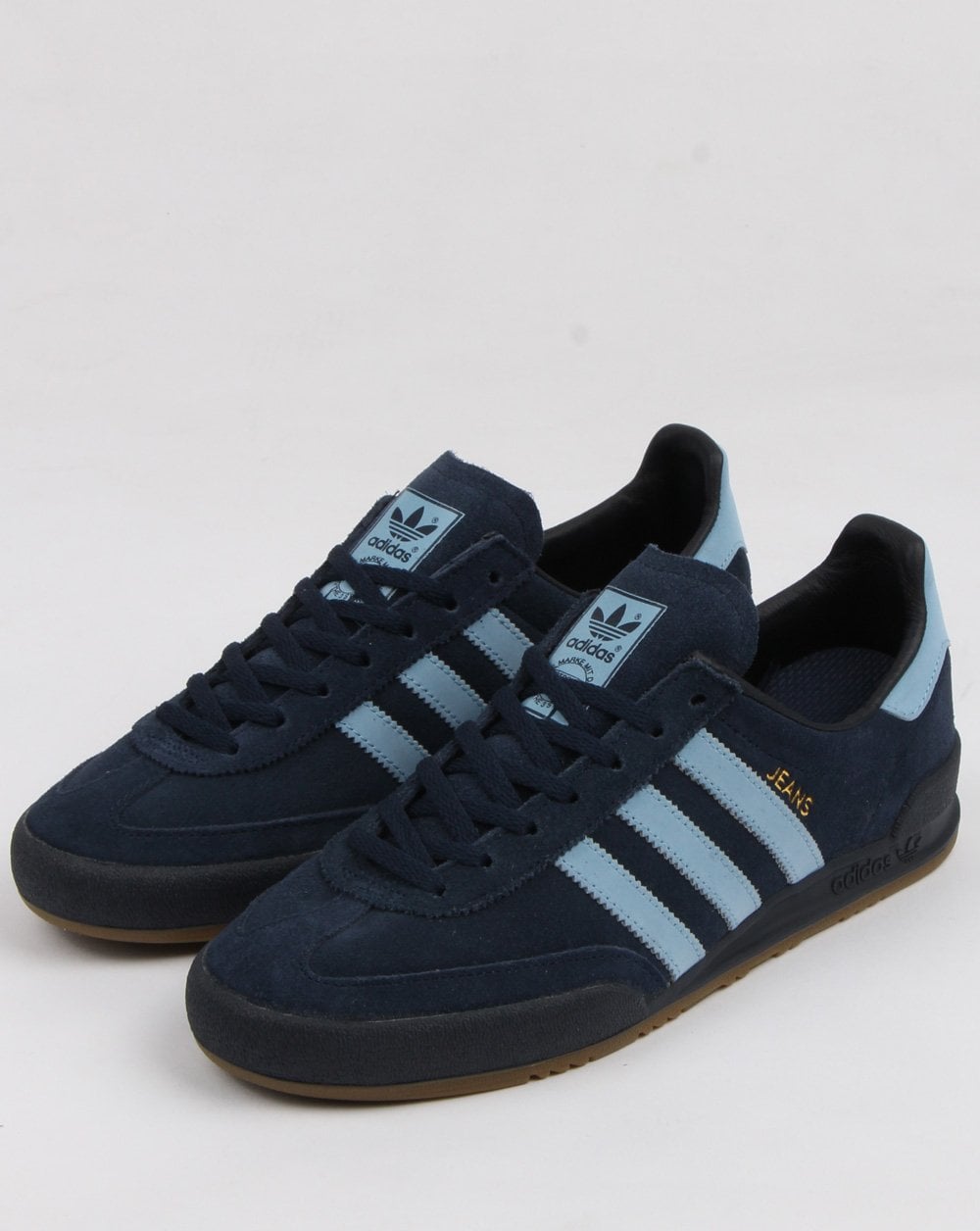 The adidas Jeans MKII trainer first came on the 3 stripes scene back in 1979, following on from the Jeans MKI which was released 4 years earlier. The name ‘Jeans’ came from the growing trend of wearing denim with trainers, which quickly caught on with the whole casual look. The Jeans MKII also came with the iconic heel stabiliser and sole unit, something which the trainer is easily recognisable from and was also the more popular style of the Jeans series. 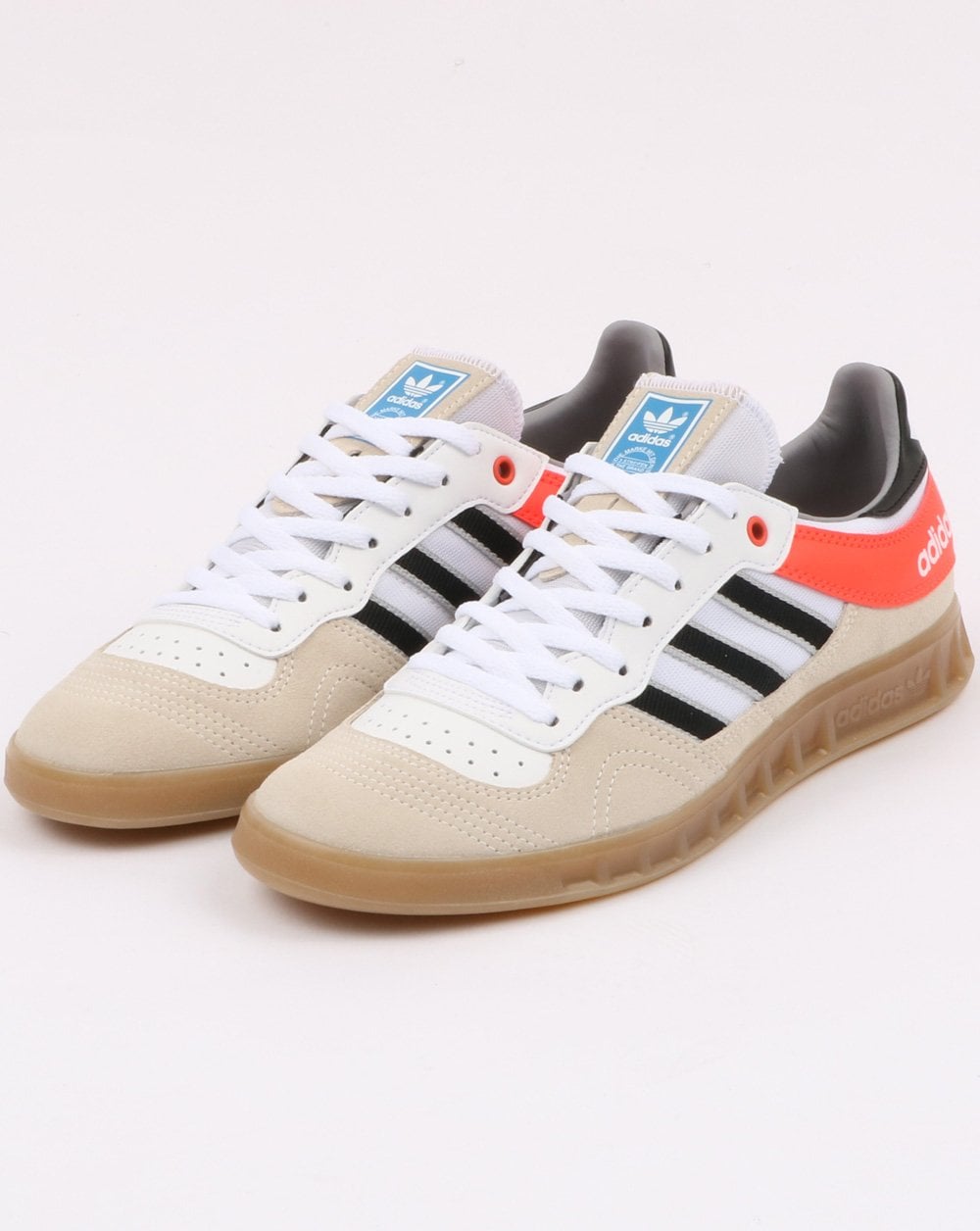 The adidas Handball Top trainer was born out of the Handball series alongside other notable silhouettes like the adidas Handball Spezial trainer from the same 80s era. The Handball Top was originally released in 1987, and up until now has been something of a rarity to get your hands on. Taking design inspiration from other indoor court trainers such as the Indoor Super, the Handball Top is still considered a casual classic although its roots are slightly later than the original casual scene. 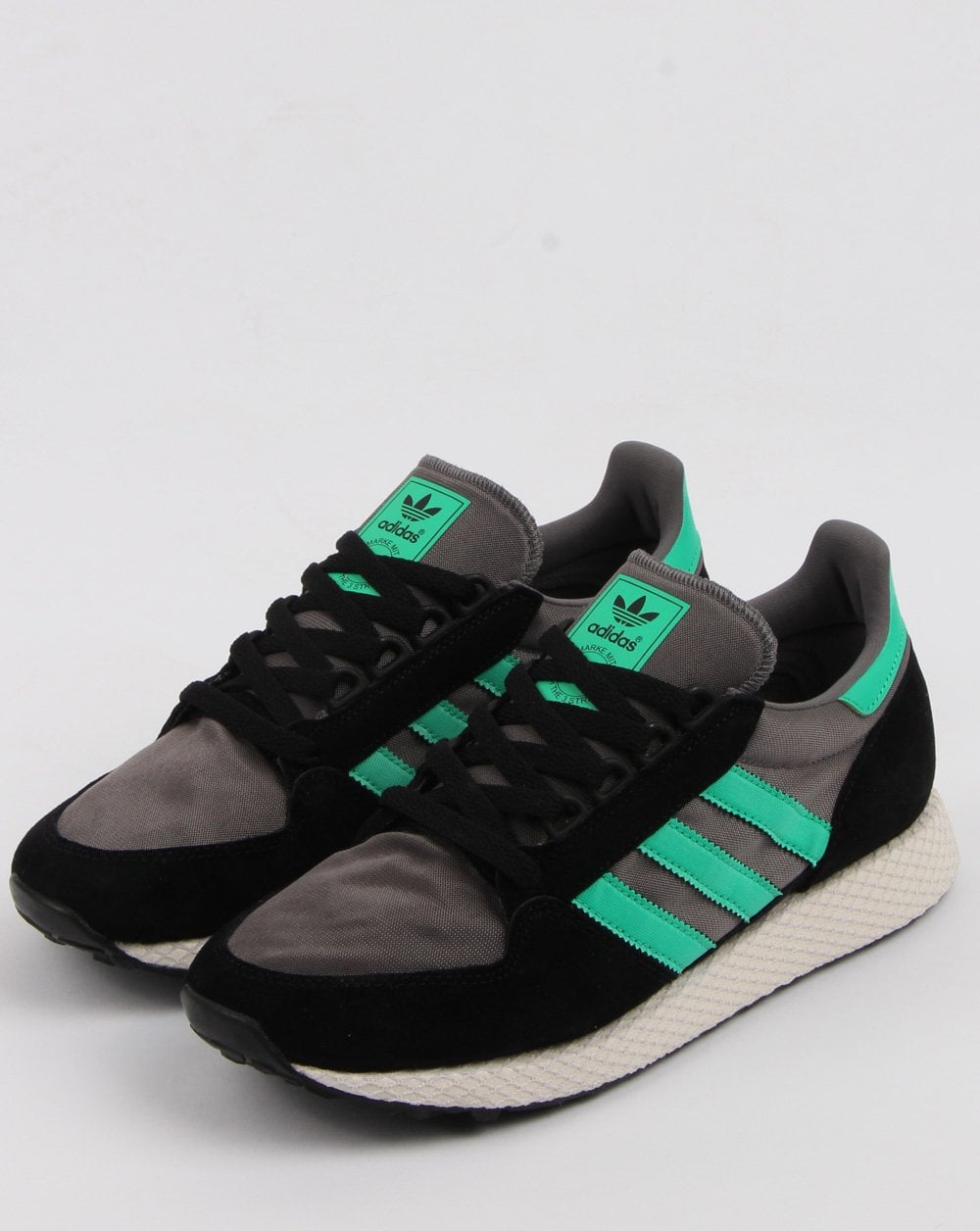 Originally named the Oregon trainer, or Forest Grove as it now called, the classic runner came from the legendary 3 stripes running series of the early 80s alongside other classics like the New York and the Boston Super. It was also designed in collaboration with Bill Dellinger who was a running coach at the University of Oregon at the time. Dellinger and adidas would go on to create the signature Dellinger webbing sole technology we also saw on other classic 3 stripes running styles throughout the 1980s. 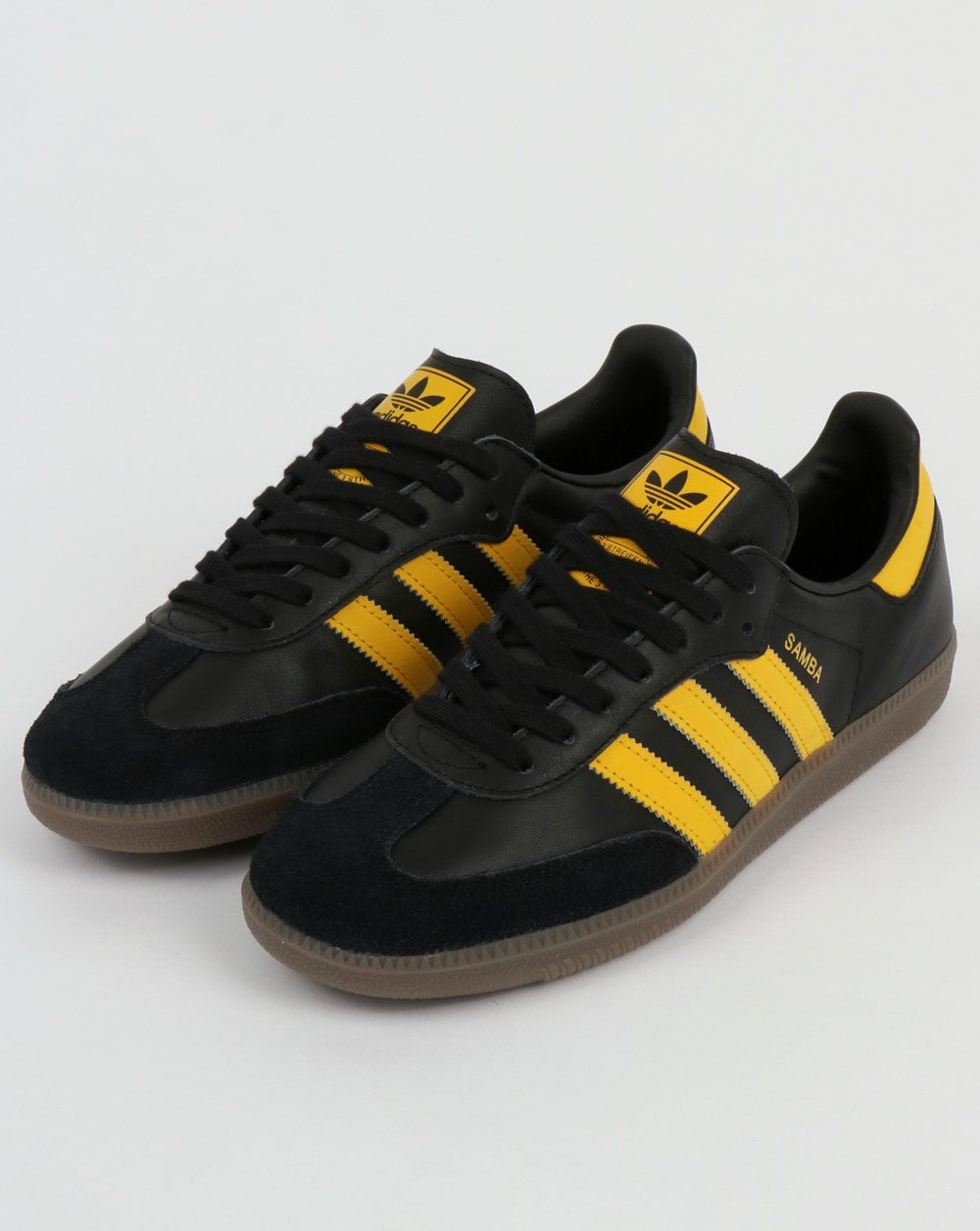 Classic 3 stripes don’t get much more classic the original Samba. First released back in the 1960s, the Samba was designed with foul weather performance at its core, with Adi Dassler looking to create a shoe that could be used for playing football on a frozen pitch as well as indoor use. Even people who know the smallest thing about adidas have heard of the Samba, it’s just one of them timeless styles that looks good with just about anything. 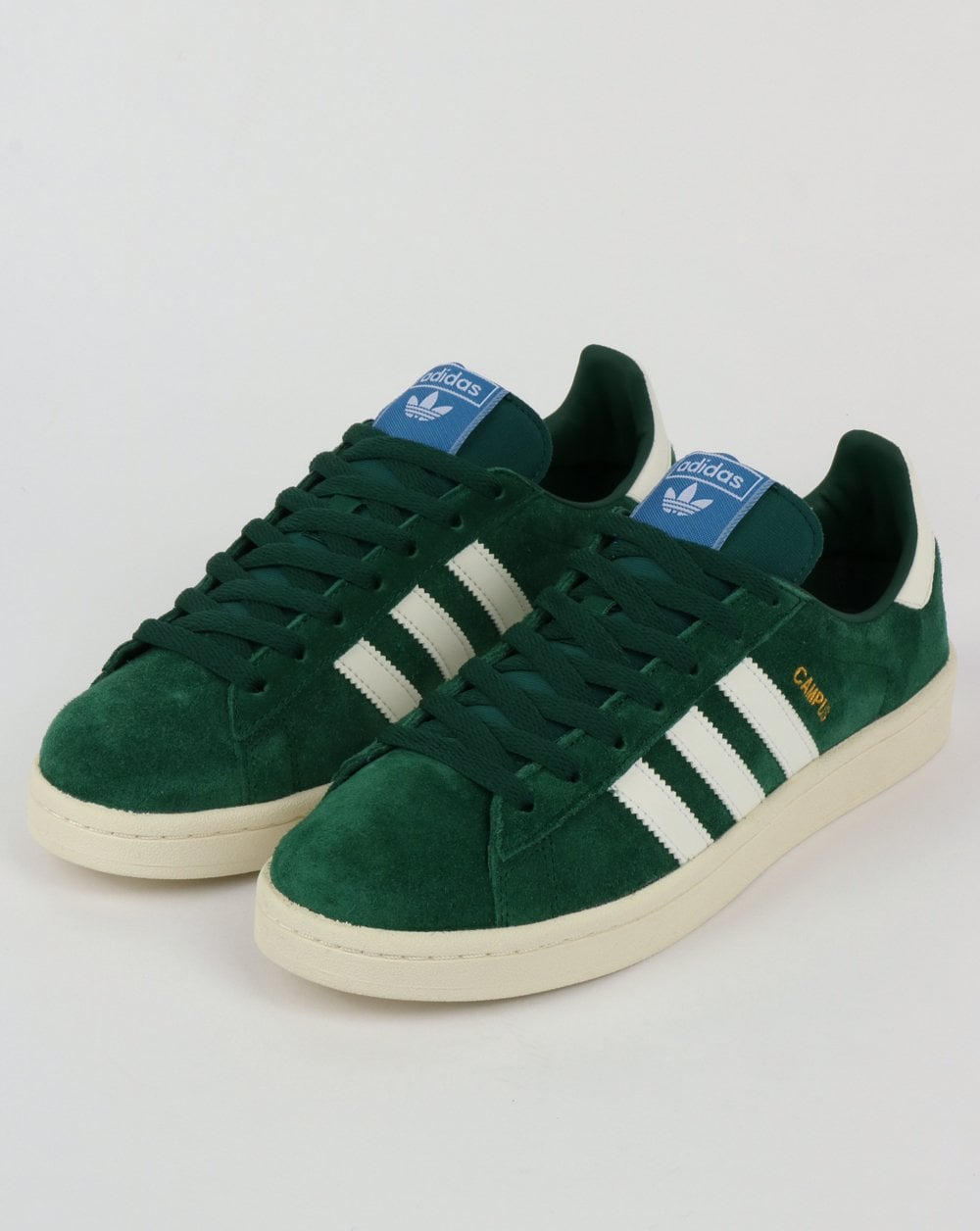 Finally, we’ve also got the all-time classic adidas Campus, the no fuss 3 stripes court trainer which started its life as the ‘Tournament’ trainer, later adapted the Campus name in 1980. The campus subculture connection may have originally started with the original casual and B-Boy scenes of the 80s but it was also a big hitter throughout the 90s Britpop movement, famous for its different colourways and classic suede uppers.