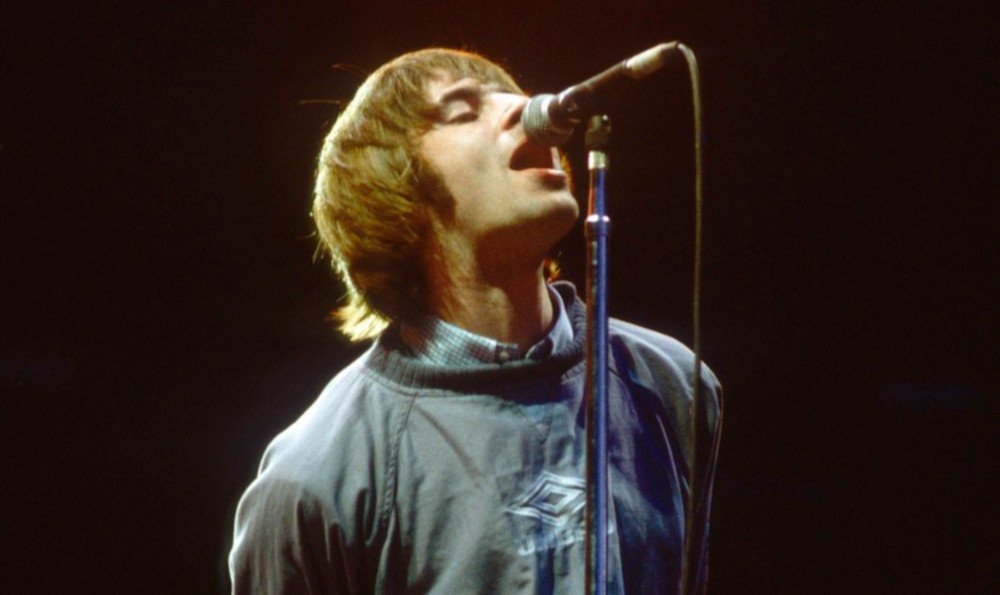 The birth of Britpop saw two brothers from Burnage, Blur, Bjorn Borg tennis tops & the revival of retro sportswear from the 80s.

Fashion changed a lot from the late 80s to the mid 90s. Acid House had given birth to the Madchester look with baggy jeans from brands like Joe Bloggs, smiley face t-shirts and the introduction of outdoors brands like Berghaus to rave revellers and pill poppers. One the other side of the Atlantic, Seattle grunge gave us the thrift shop look with holey cardigans, scruffy jeans, Converse trainers & songs about taking smack. From an original dressers perspective there was nothing really appealing about either of these two new early 90s looks. Although some of the original dressers from the 80s had now found themselves chewing their faces off in the disused warehouses and factories of the UK, the rave look to many was just drug fuelled and scruffy. 90s Britpop fashion saw the revival of retro sportswear from the 70s & 80s mixed together with influences from mod and rave culture. Although it had been over ten years since the birth of the casual dresser, Britpop somehow revived the style with its own unique 90s twist. Its influences were however varied. In Manchester for example it took influences from the original Perry Boys, Manchester’s very own homegrown casual look, and the smarter side of the baggy scene. London also witnessed the revival of vintage sportswear with places like Camden in North London becoming a Britpop shoppers’ haven of vintage shops. 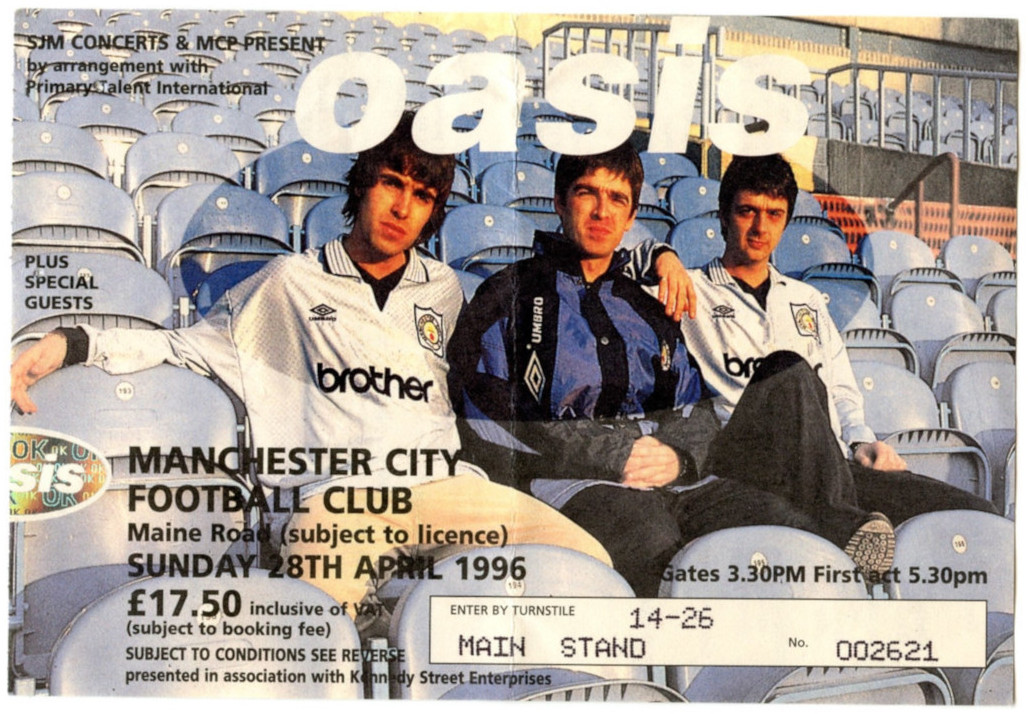 Above: An original ticket for the legendary Oasis gig at Man City’s Maine Road Stadium in 1996.

More recently Pretty Green collaborated with Umbro for a trip down memory lane and a reminder of the retro sportswear influencers in Britpop fashion. The Gallagher brothers were often seen wearing the British sportswear brand, Umbro, from drill tops to coach jackets. At the time Umbro was the main football kit sponsor for Man City and Man United, and as well as been based in Cheadle, Greater Manchester, it’s Manc origins and appeal to Oasis were pretty clear from the beginning. The double diamond logo still has a strong connection to Britpop to this day thanks to legendary performances at Maine Road with Liam wearing the famous Umbro drill top on stage. 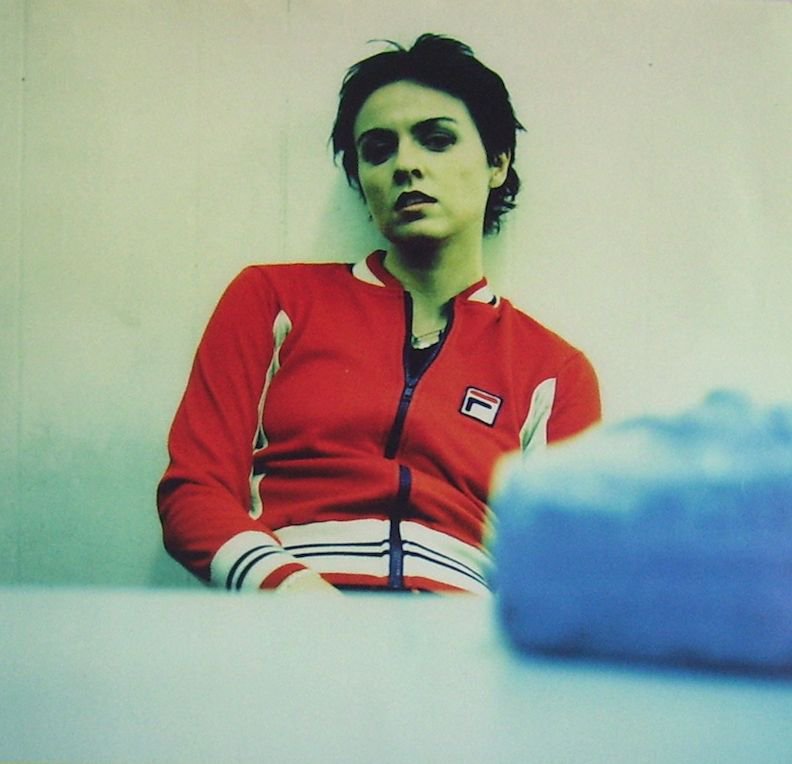 Britpop also championed female artists with the likes of Elastica’s Justine Frischmann and Sleeper’s Louise Wener. Louise Wener was famously captured wearing Bjorn Borg’s signature Settanta tennis style for the cover art for Sleeper’s ‘She’s A Good Girl’ single which was released in 1997. Then there was Mr Retro Sportswear himself with Blur’s Damon Albarn who pioneered various 80s sportswear styles. Albarn was seen in a range of classic 80s styles from the likes of Sergio Tacchini, Fila, Slazenger & Kappa. 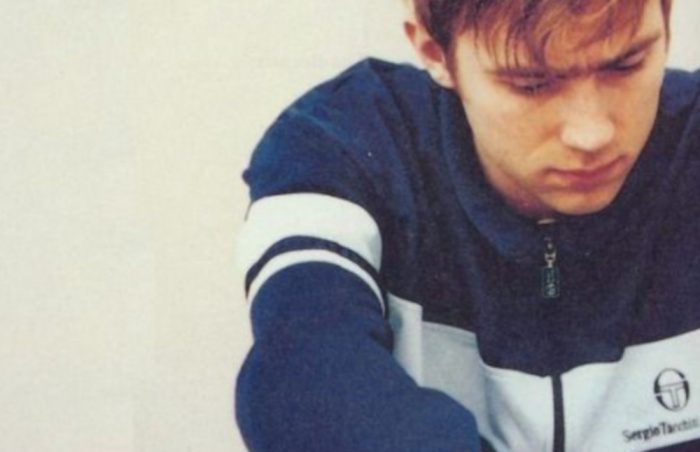 When we talk about the transition from the 80s to the 90s it’s also important to talk about our very own founder, Neil Primett. Starting off as a young casual in the 1980s Neil would go on to work with the likes of Oasis as a Bedford based Britpop promoter among other critically acclaimed Britpop acts such as Shed Seven. The revival of 80s sportswear throughout the 90s remains a key part of the 80s CC story and a vital stage of our heritage to becoming one of the biggest suppliers of retro sportswear on the planet.