If there is one version of the Fila Settanta Mk1 track top that Björn Borg was seen in the most its got to be that iconic red colourway.

The Björn Borg Fila connection doesn’t really get much stronger than the original Settanta Mk1 from the Italian sportswear brand. Although Borg did wear other Fila styles throughout his highly profiled and successful sporting career, like the Terrinda for example, the Settanta Mk1 is really the daddy when it comes to classic Björn Borg Fila styles from the late 70s and the early 80s. Fila fans and retro sportswear collectors will of course know the significance of the colourways when it comes to the Settanta. Navy, kelly green and red are still arguably the 3 most celebrated and collectable colourways from the original Borg track top style. 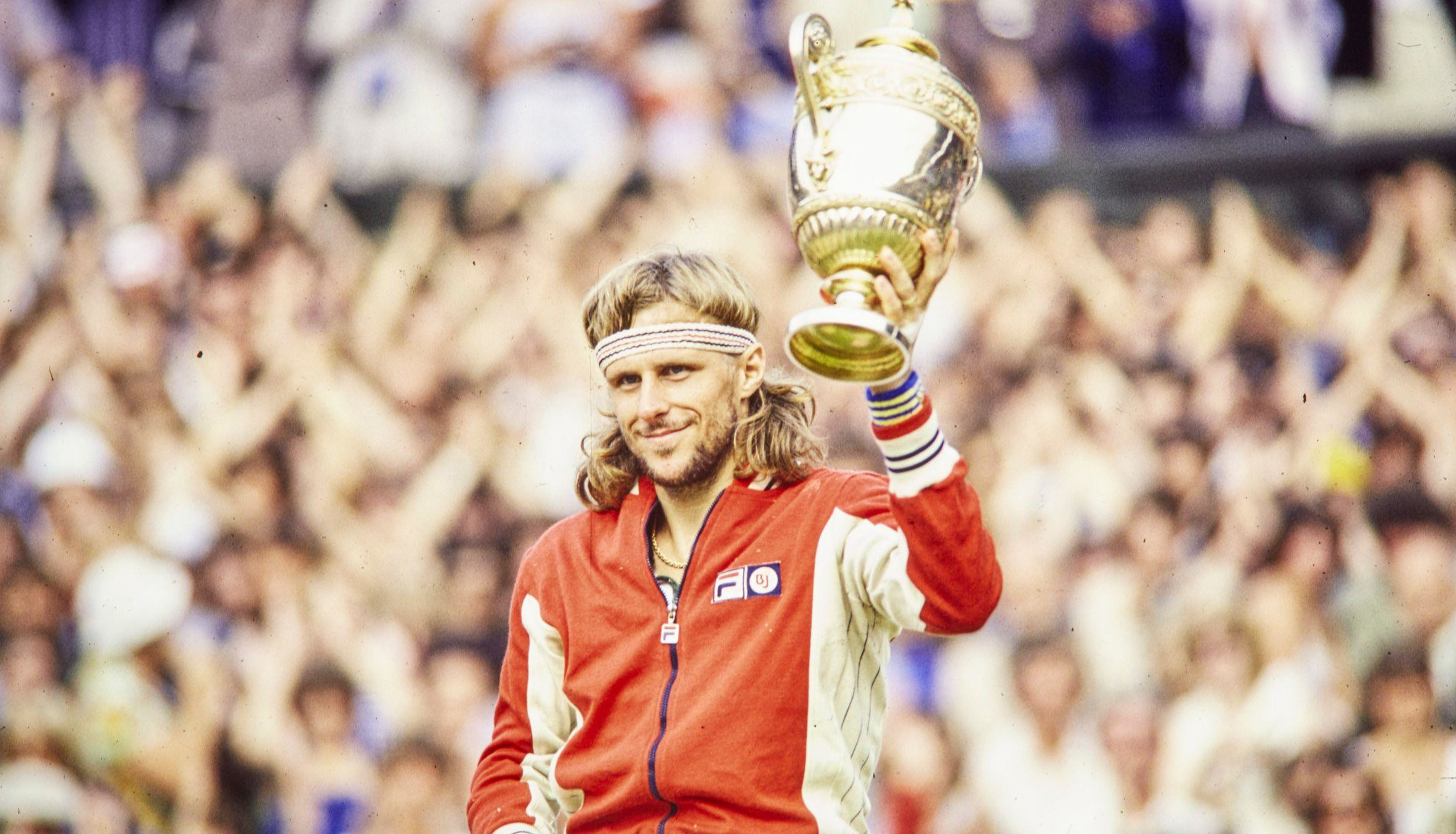 The red Settanta colourway is the one we always automatically associate with the Swedish tennis great, simply because he wore it the most. Borg lifted numerous Wimbledon trophies wearing the iconic track top from 1977 to 1980 and the track top clearly had a lot of ‘material’ value to him. It would be interesting to talk to Borg and ask why he loved the red colourway in particular so much? Maybe it was just simply a lucky charm for the Swede? The legendary Fila Settanta Mk1 track top in the original red colourway now returns to 80s Casual Classics with all its original Pier Luigi Rolando charm and casual tennis heritage. 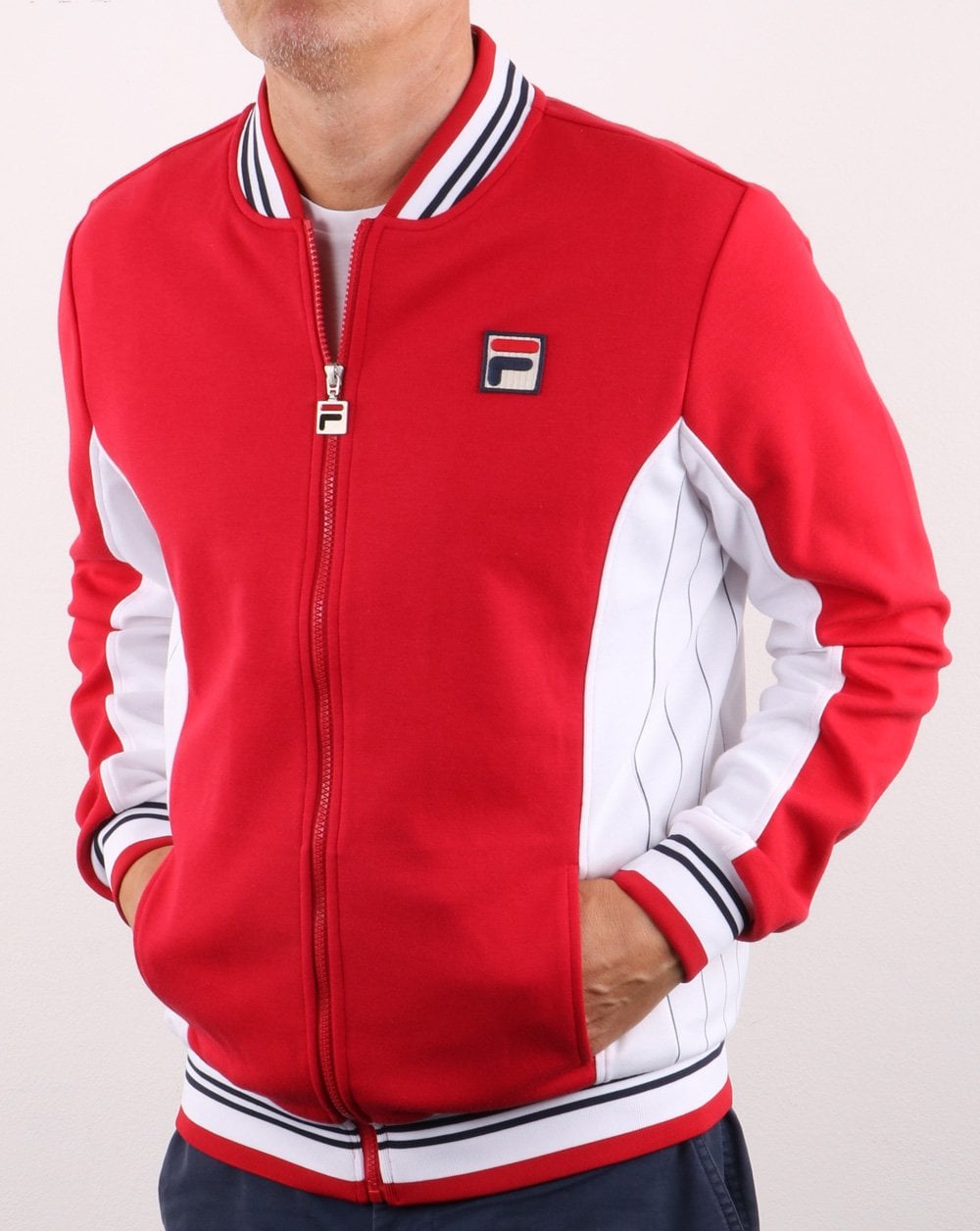 We’ve also just introduced some updated colourways of the Fila Courto track top, originally known as the Vilas, which was previously worn by the Argentinian tennis legend, Guillermo Vilas. Vilas won 4 Grand Slam titles between 1977-79 and was also a face of the original Fila ‘White Line’ campaign from the mid 1970s onward. One of the Argentinian’s signature styles included the Vilas track top, a style which he can be seen wearing has he lifts the Australian Open trophy in 1979 whilst also featuring in numerous magazines and interviews from the era. Just like Borg had ‘BJ’ with the Settanta, the Vilas was a signature style to Guillermo and featured ‘GV’ above the Fila badge. Later in his career, Vilas would of course ‘switch sides’, going on to be sponsored by rival Italian tennis brand Ellesse. 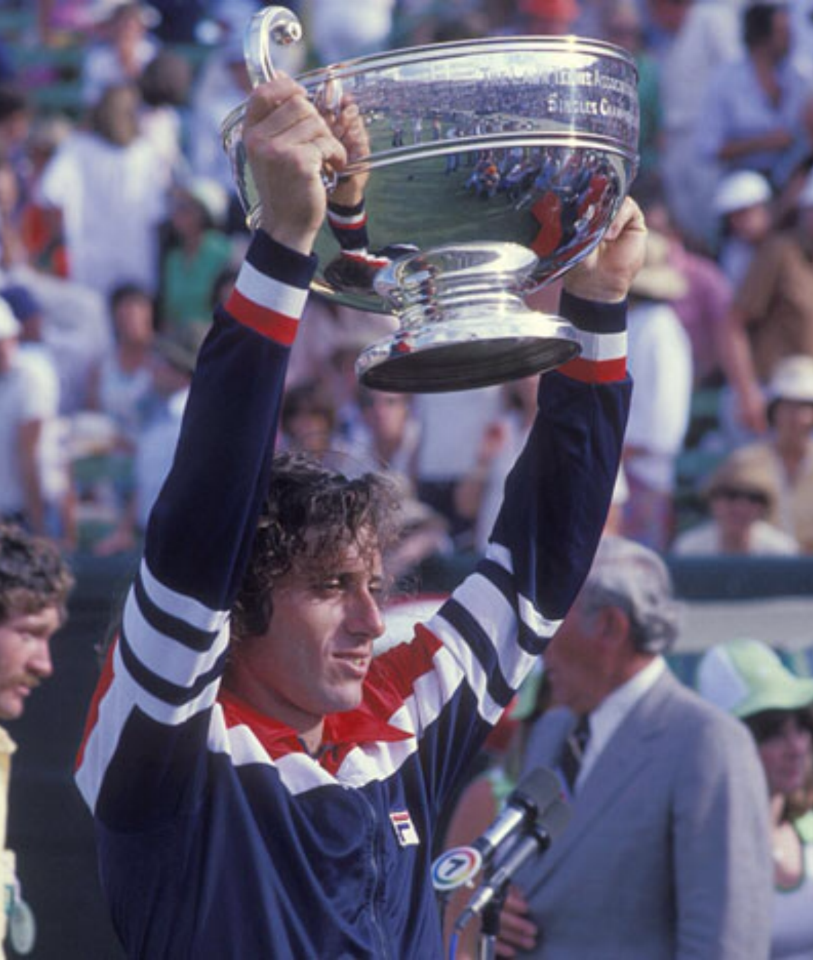 The Vilas, or Courto as it is now called, is now treated to an updated release from Fila. A style which also featured in the famous sports shop scene with Danny Dyer from The Business from 2005 is now revived with all its original ‘White Line’ charm. The Fila Courto is also now introduced in some updated colourways alongside the original Vilas red/navy/white colourway from the late 1970s. The latest version features a full zip collar and is made from a textured polyester fabric for a more premium finish. The classic track top is finished off with the iconic ‘F’ branding to the left chest and zip. 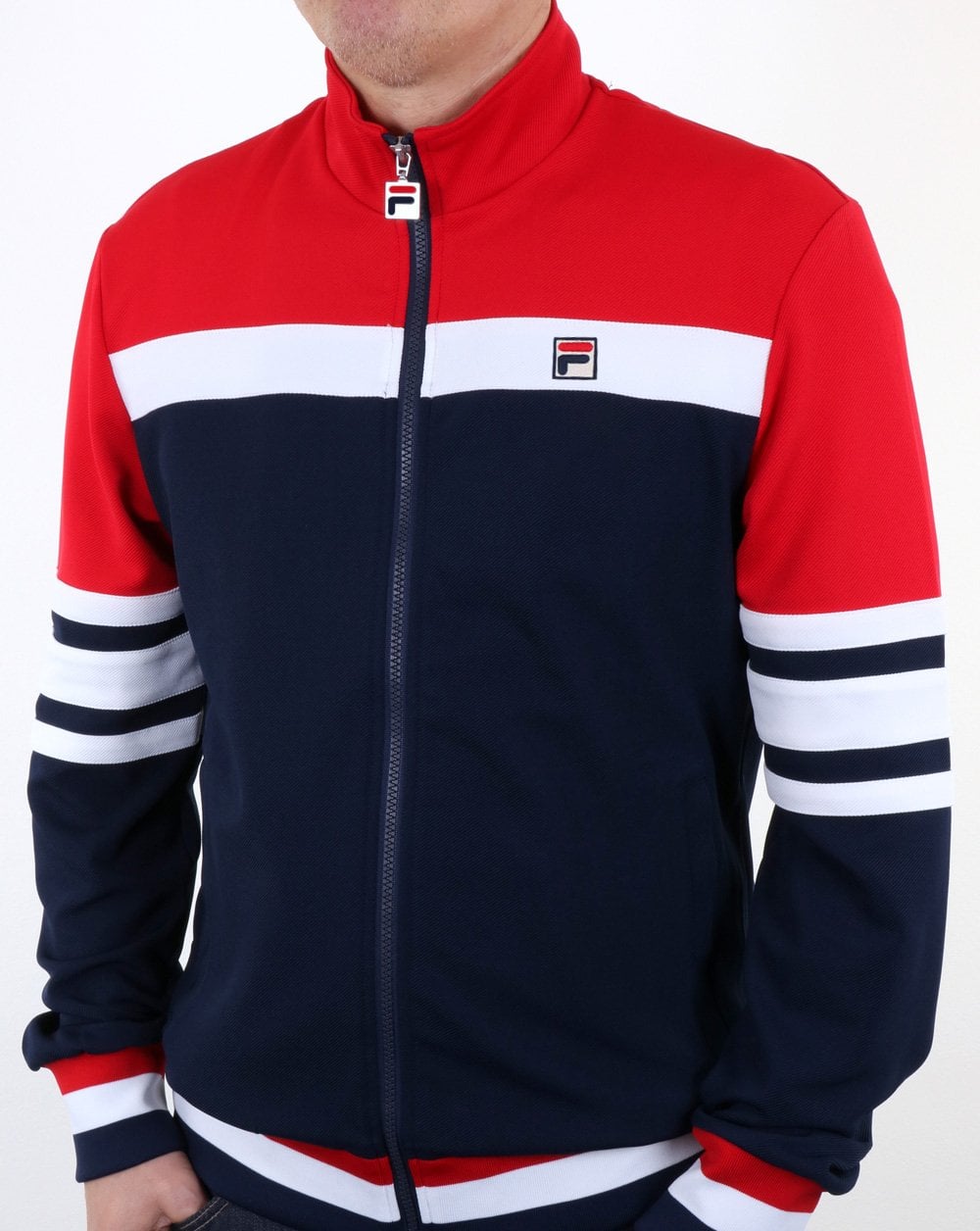 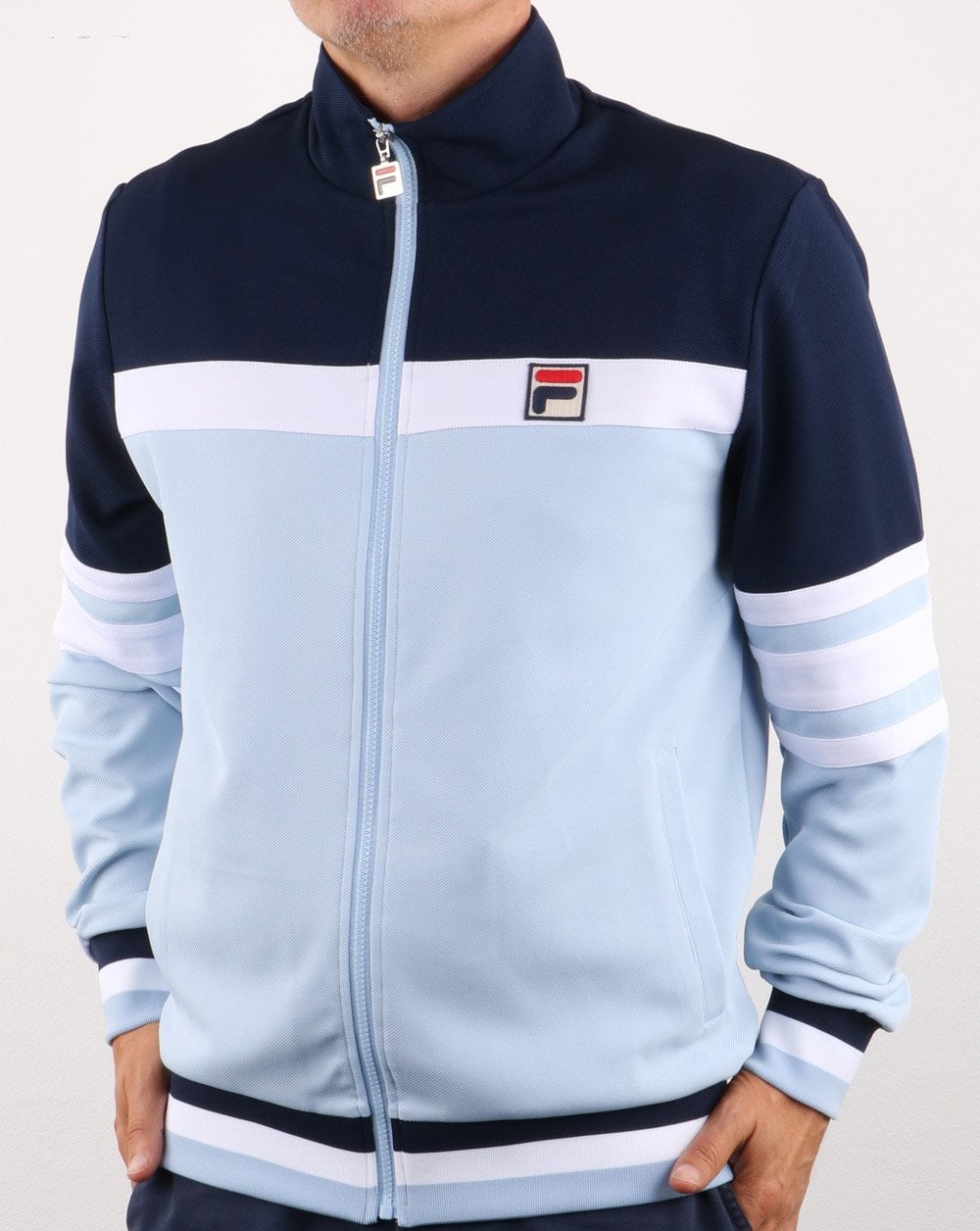 Above: The Fila Courto track top in blue/navy/white now available to pre-order from 80s Casual Classics.