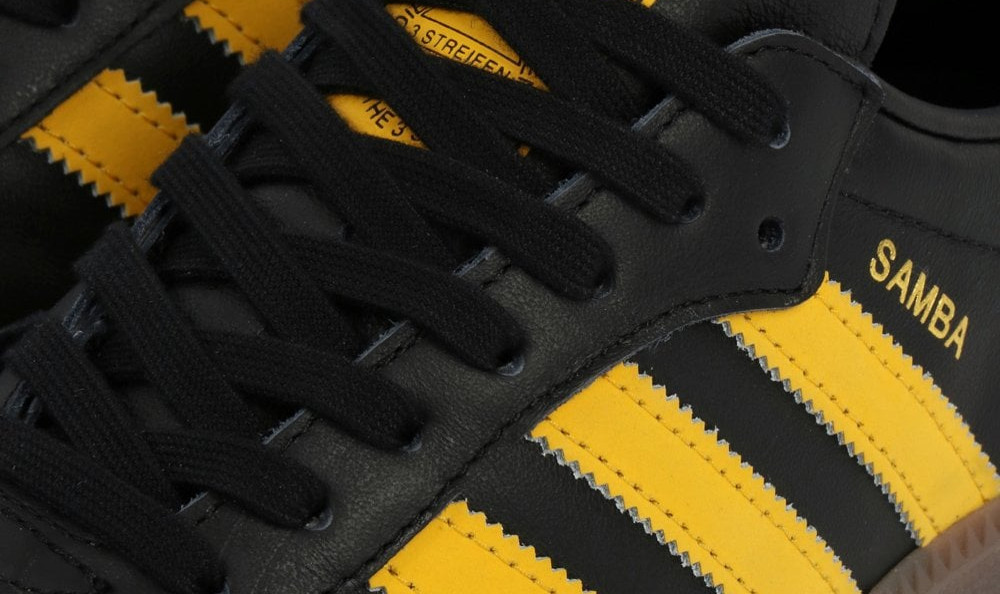 We’ve got some new colourways landing of the adidas Samba OG trainer, an original 3 stripes classic courtesy of Adi Dassler.

First introduced back in the early 60s, in an era when the adidas brand were really starting to show the world what they were made of, the adidas Samba OG started its own legacy. Like a lot of the classic 3 stripes stuff, the Samba was designed with performance at its core. Not just a fancy shoe to look to good, the Samba was rock solid, literally, with Dassler delivering a design for playing on frozen football pitches. The Samba not only introduced one of the greatest adidas silhouettes that ever existed, it changed the beautiful game, now giving players a solid indoor training shoe option as well as a foul weather alternative. Its football connection doesn’t just stem from the design inspiration, the Samba OG is an all time casual classic and arguably one of the most celebrated 3 stripes silhouettes of all time. Sportswear brands all boast one of their own signature styles for a specific sport, for example for basketball its the Clyde from Puma, for tennis the Borg from Diadora and for football..its got to be the Samba OG from adidas. 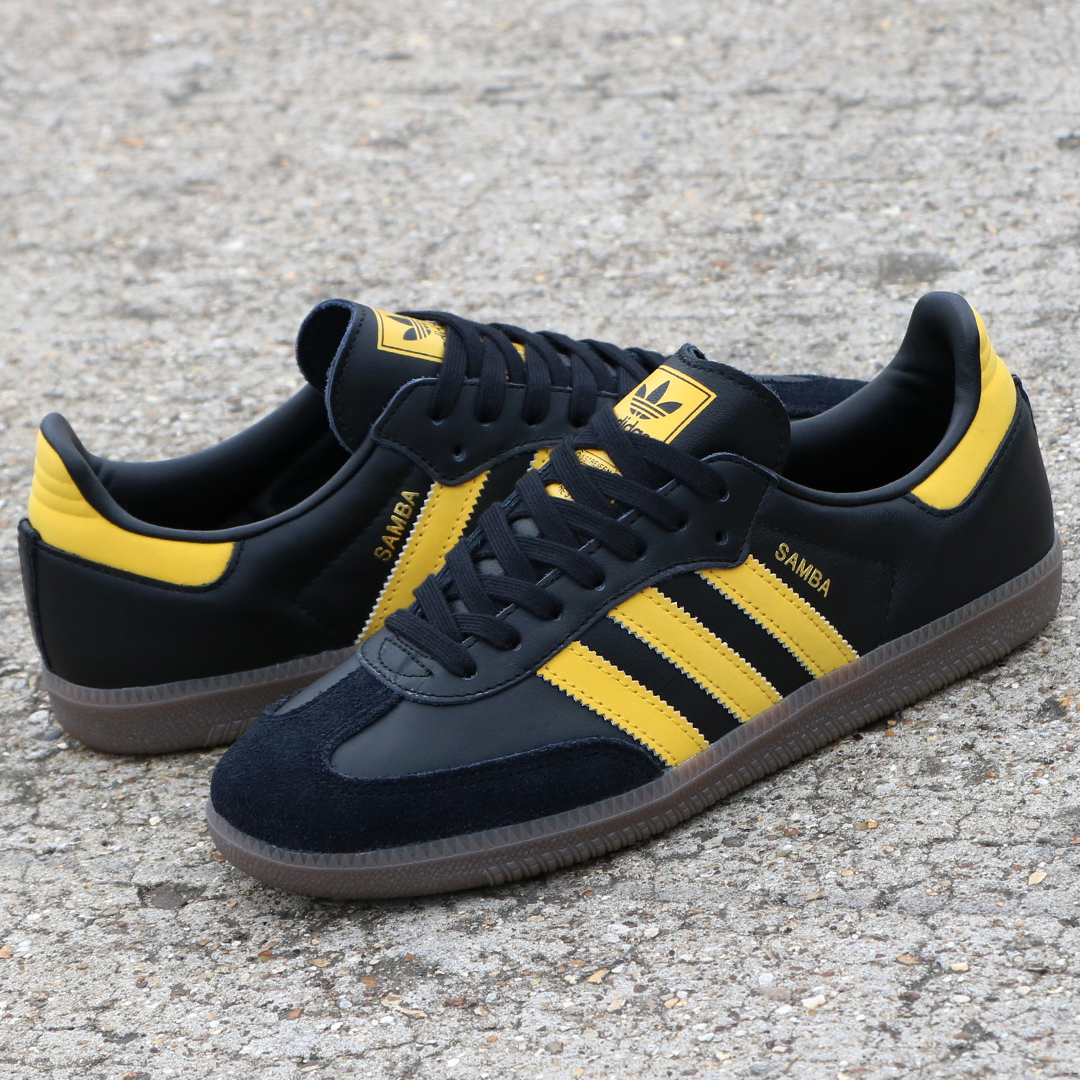 Now back at 80s Casual Classics in all its OG glory, the adidas Samba trainer is introduced in some fresh new colourways for the modern day trainer lovers. The iconic retro trainer features its signature suede overlay to the toe box, originally designed by Adi Dassler himself for extra durability on foot. Other features include the classic gum sole unit and leather uppers with contrasting 3 stripes, heel tab and tongue detailing with the legendary ‘Samba’ stamped across each side in gold. We’ve just taken delivery of brand some new colourways at 80s Casual Classics of the Samba OG, with the white/scarlet red colourway available to pre-order for August 2018 delivery. 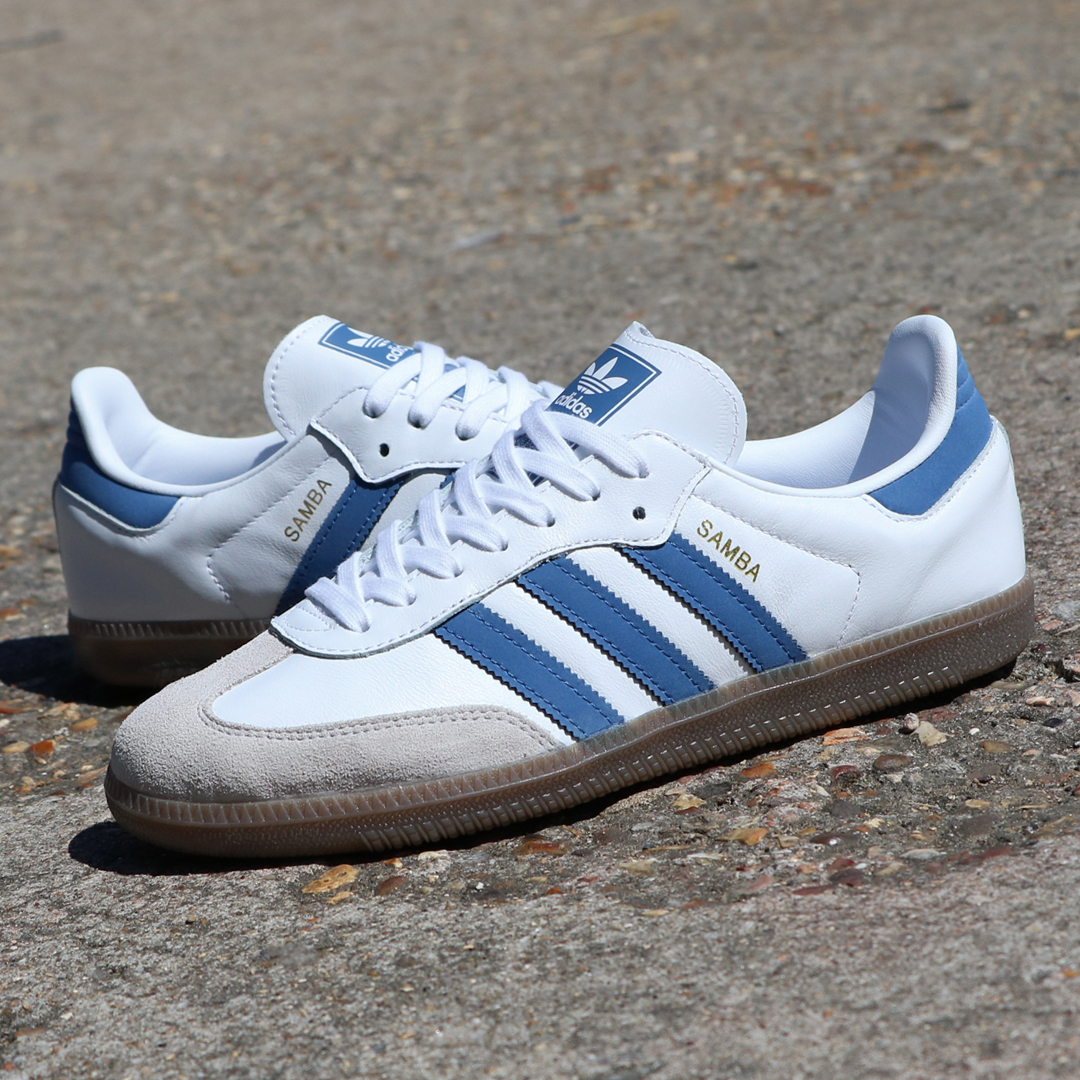 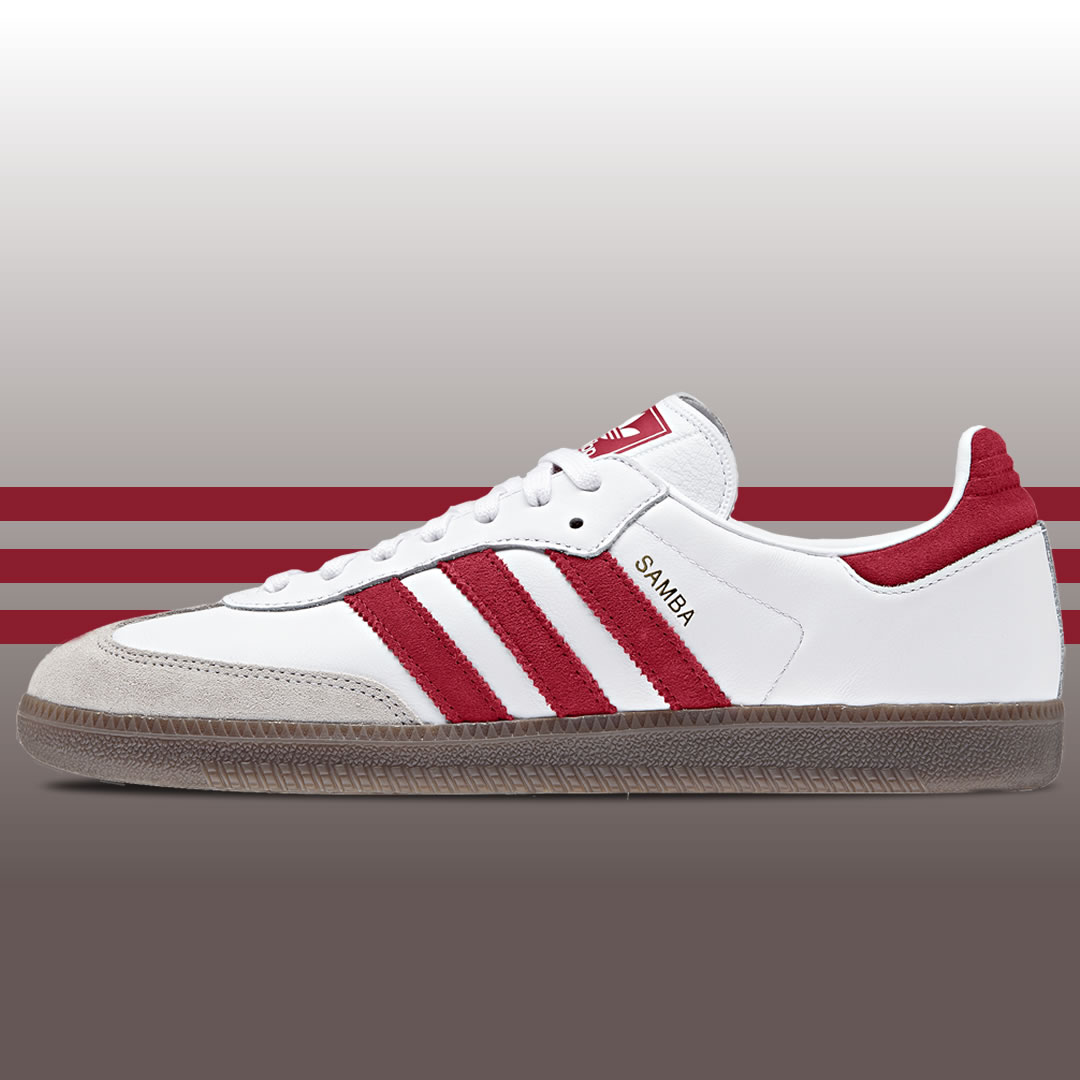