X
This site uses cookies to provide and improve your shopping experience. If you want to benefit from this improved service, please opt-in.
More Info
Accept Cookies
80's Casual Classics80's CC NostalgiaEverything You Need To Know About The adidas Rivalry Low Trainer
Menu 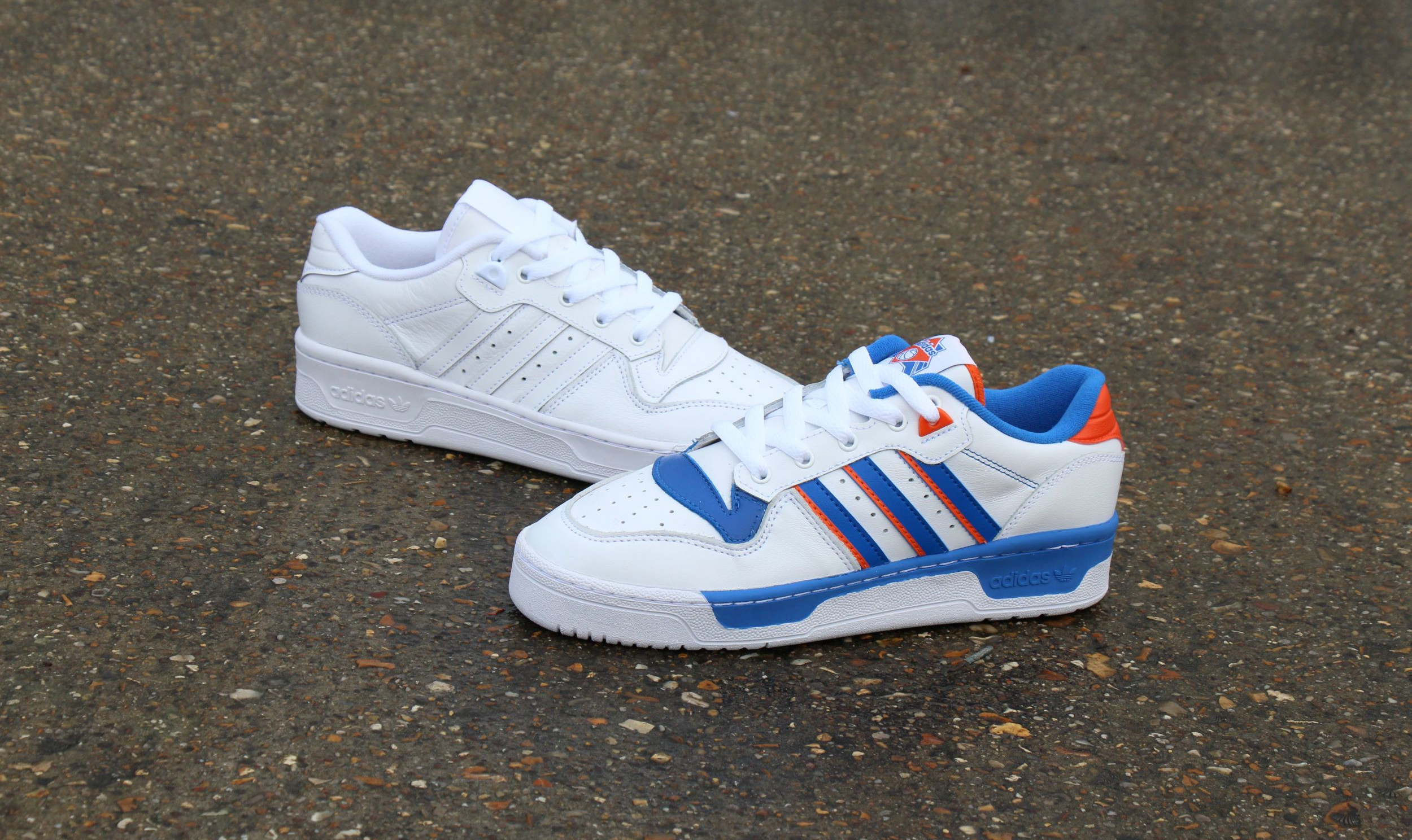 Everything You Need To Know About The adidas Rivalry Low Trainer

The adidas Rivalry Low was born during the basketball trainer heydays of the 1980s.

The mid 80s saw the competition really heat up in the world of basketball and trainers with sportswear brands’ battling it out for top NBA player endorsements, performance sole technology and who could create the greatest court shoe of them all. Nike had already set the bar pretty high with the Air Force 1 from 1982 as far as revolutionary basketball trainers could go. The American sportswear brand then started to introduce their first ever basketball trainer from the globally respected Jordan range with the Air Jordan 1 in 1985. Is wasn’t just Nike however dominating the basketball courts, adidas were also getting in on the b-ball action. From the mid 80s onward adidas also introduced a range of basketball styles that would not only go down as some of the biggest basketball trainers of the era, but would also keep their competitors on their toes..literally. One of these iconic styles was the adidas Rivalry High a high top basketball style that would also lead to the release of the adidas Rivalry Low trainer several years later. 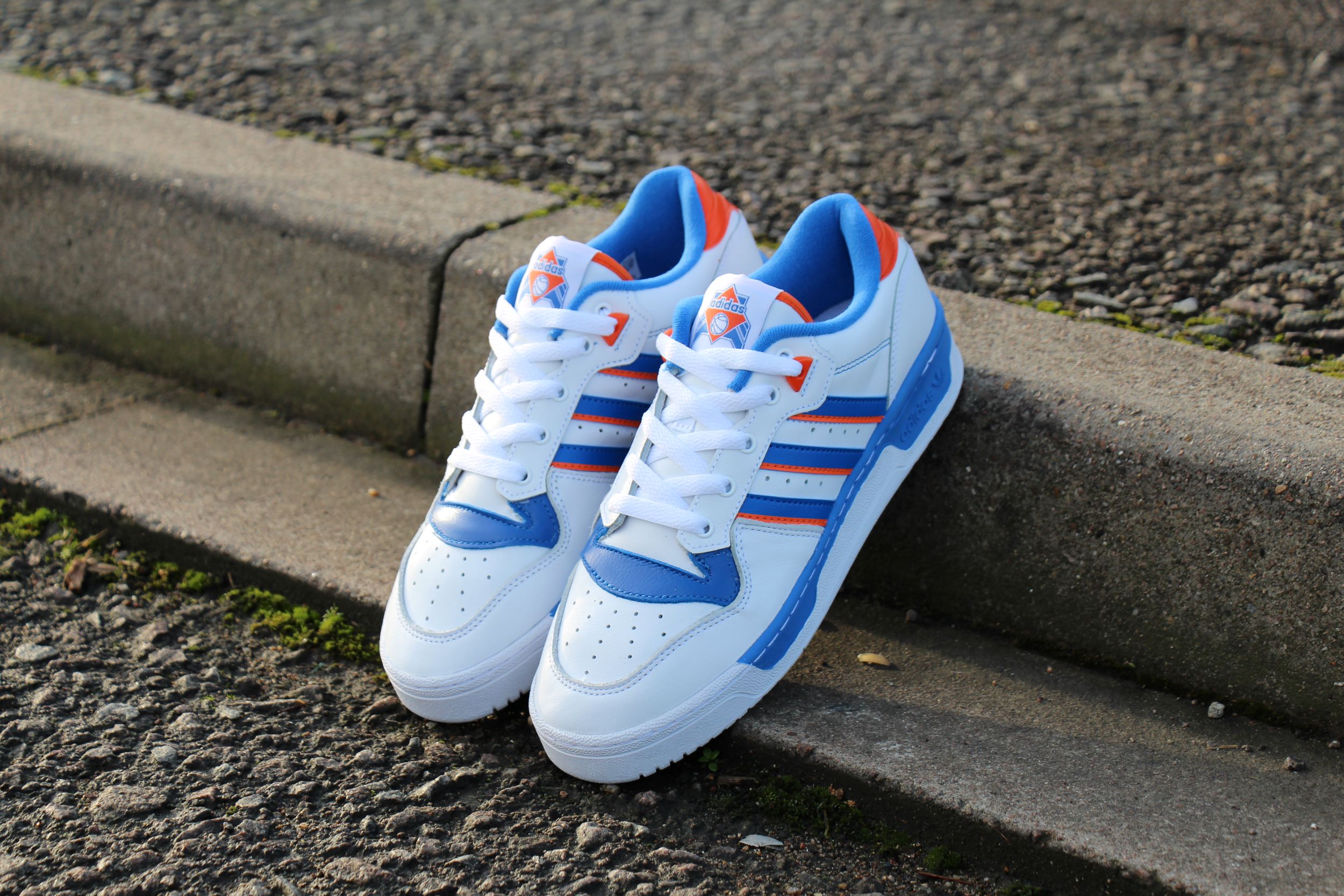 Sportswear and player endorsements in the 80s was big money which meant it was crucial to get the right players to market your brand and product. Nike had Michael Jordan of the Chicago Bulls with the Air Jordan. adidas on the other hand had Patrick Ewing of the New York Knicks with the adidas Rivalry trainer. The history of the Rivalry trainer started with other classic 80s basketball styles like the Decade from 1985 and the Strider from the same year. In 1986, a year after Nike had introduced the Air Jordan 1, adidas introduced the Rivalry High trainer. First introduced in the iconic blue, orange & white team colours of the  New York Knickerbockers, the Rivalry became an instant hit on the courts, the streets and 80s sneaker culture. The sturdy B-ball style featured reinforced leather overlays, leather uppers, added perforations to the vamp for breath-ability and extra court grip thanks to the grippy outsole. 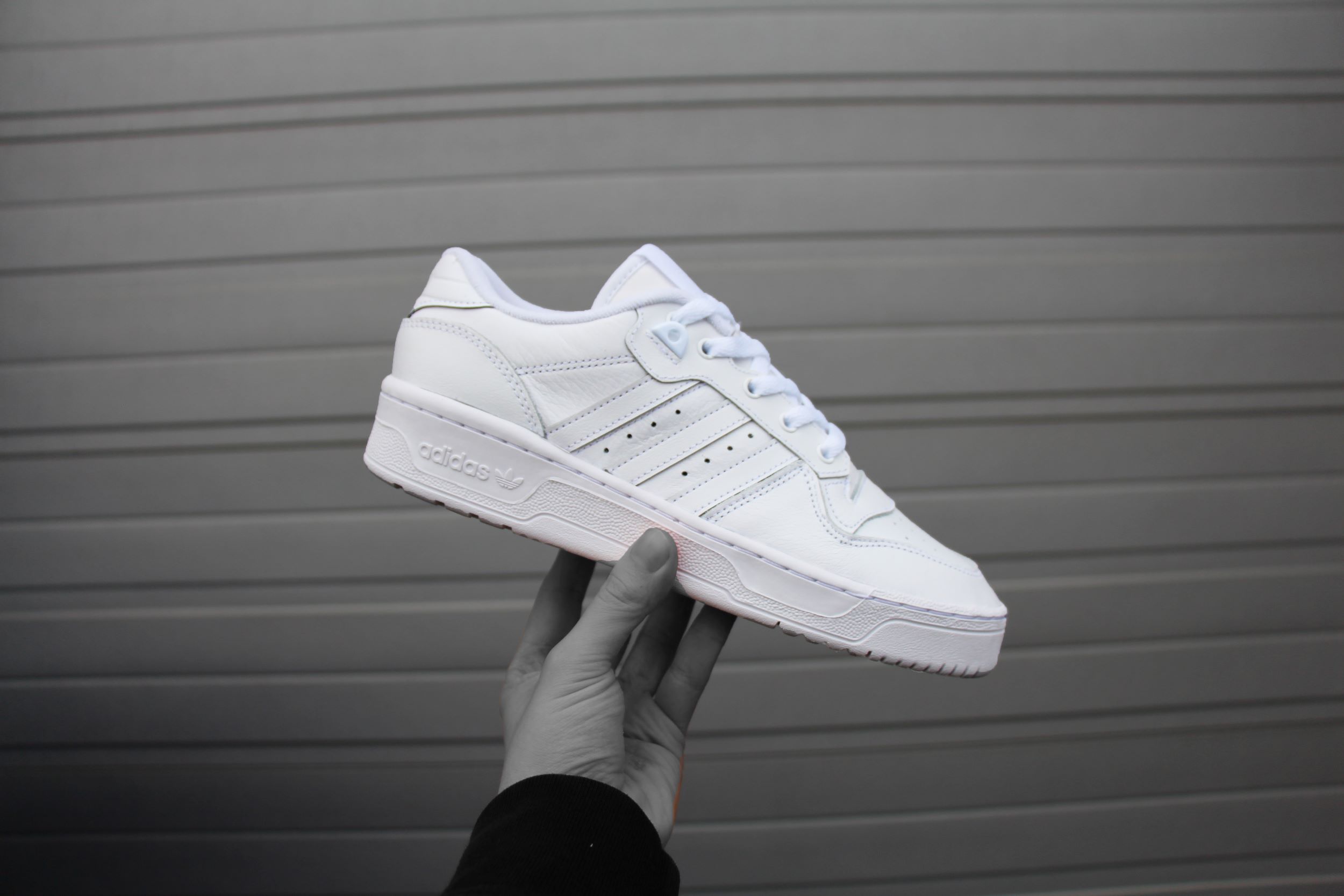 Earlier this year adidas re-introduced the classic 80s basketball style as part of a special classics collection. Now revived from the adidas archives in its original and iconic Knicks colourway, the Rivalry Low makes its grand entrance to 80s Casual Classics alongside other classic b-boy and retro 80s trainer styles. Highlights of the original b-ball style include smooth leather uppers with the signature 3 stripes to each side and a supportive rubber cupsole for that extra screech on the court. Alongside the original Patrick Ewing/Knicks colourway, the Rivalry Low is also introduced in a super clean triple white version. The classic basketball style will make a great addition to your retro adidas trainer collection and why not go all out for the 80s retro look by teaming them up with a full adidas tracksuit!